Strategy: Hit as aggressively as possible, so the opponent won’t get up. If things go sour, don’t panic, and look for an opening

Style: Powerhouse/Technical – When she was in a British and Japanese wrestling schools, she learned a lot more power moves (variations of suplexes, body/powerslams, Powerbombs, etc.). Also likes using submission moves, if not to win, then to, at least, wear her opponents down. As she trained in Japan, she adopted strikes with her limbs into her offense.

Personality: On the outside, she can be definitely summed up as a “rebel”. She barely listens to anyone, sees little harm in breaking the rules and it is extremely hard to make her listen to others’ point of view.
The first thing that comes to mind of her friends when asked to describe her is “stubborn”. However, this stubbornness has a good side. The people she deems her friends always have her back, and if she promises something, she will fulfil that promise even if it will kills her.
That stubbornness does translate into the ring. If put into a difficult situation, Navi would rather pass out or get injured then actually give up.
One of her more fatal flaws, both in and out of the ring, is her overconfidence. Once she believes she is winning, she can easily lose track of the match, and accidentally get into a difficult position. This can get even more out of hand with high-risk moves, as she gives little, if any, consideration to consequences.

Past/History: Navi was born in Paris, France on October 12th, 1995, to businessmen parents. When she was 4, her parents needed to move to England, as their company was merged with another.

Shortly after that, Navi’s parents became close friends with the CEO of the company and her husband, while Navi befriended their daughter, Melody, as the two were as close as sisters.

As Navi progressed through school, Navi showed that she had all the brains in the world, but not the behaviour, constantly talking back to teachers, breaking school rules, at times bullying other students. Thankfully, it never crossed too much of the line so she had to be expelled, but she was suspended on multiple occasions.

When she was 16, she and Melody went to a trip in Newcastle, England, with both of them being invited to a wrestling event by Melody’s friend. Much like Melody, she discovered her love for pro wrestling that night, and, after the title change in the main event, wished that she had that kind of moment in her life and decided to try and pursue Pro Wrestling as a career.

About a year later, Melody got a similar idea, and, thankfully, Navi’s parents said yes to her daughter’s endeavours (Since she didn’t really know what she wanted to do in life), as she and Melody were appointed to a wrestling school in London together. She later discovered a Japanese organization AFW, loving the type of matches and competitors the company had to offer she decided to move to Japan to finish her training and join the company. Her friend, thankfully, had the same idea

Both of them moved to Tokyo once they turned 18, and signed up to a popular wrestling school.
About a year later, the school decided that the 2 were ready to take up some matches on relatively big stages. The 2 of them wrestled roughly 2 times a month in dark matches in other small companies, usually as a warm-up for the main show. During this time, Melody and Navi started a small rivalry between themselves, deciding to make a best of 7 series, as to who can get to 4 wins faster.

Eventually, the series was tied 3-3, and, on a match fought in August 2016, Melody managed to prevail and win the series, but only via a roll-up pin, barely beating her friend. The event in question was visited by an AFW talent scout looking for more wrestlers for the company, and, seeing their match, decided to ask the 2 to join the company. While Melody said yes right away, Navi decided to work a bit more on her skills, wanting to join the company about 3 months after their match.

Wrestling Attire:
During her match, wears a black sports top and an sports skirt and knee high boots

During her entrances, wears a red or yellow flower vest.

Dislikes:
- People who piss off her friends
- People who think they are better than her
- Breaking promises
- Navi from The Legend of Zelda

Fun Facts:
- Got her nickname from Melody after she learned her middle name. She was a bit angry at first, but got used to it soon, and now usually introduces herself to people with it.
- Is, ironically, pretty good at orientation and navigation around places.
- Is straight
- Still has very faint traces of French accent in her speech 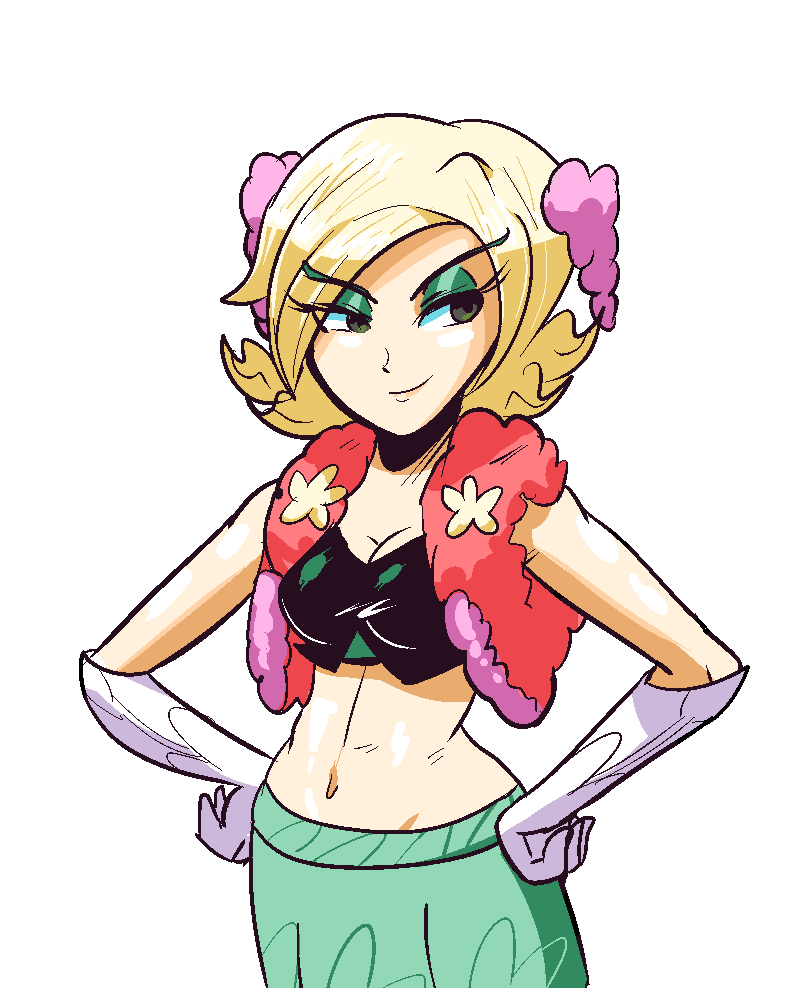 Trapped in a Bow and Arrow Hold by Katherine Hart (by MedleyAssault): 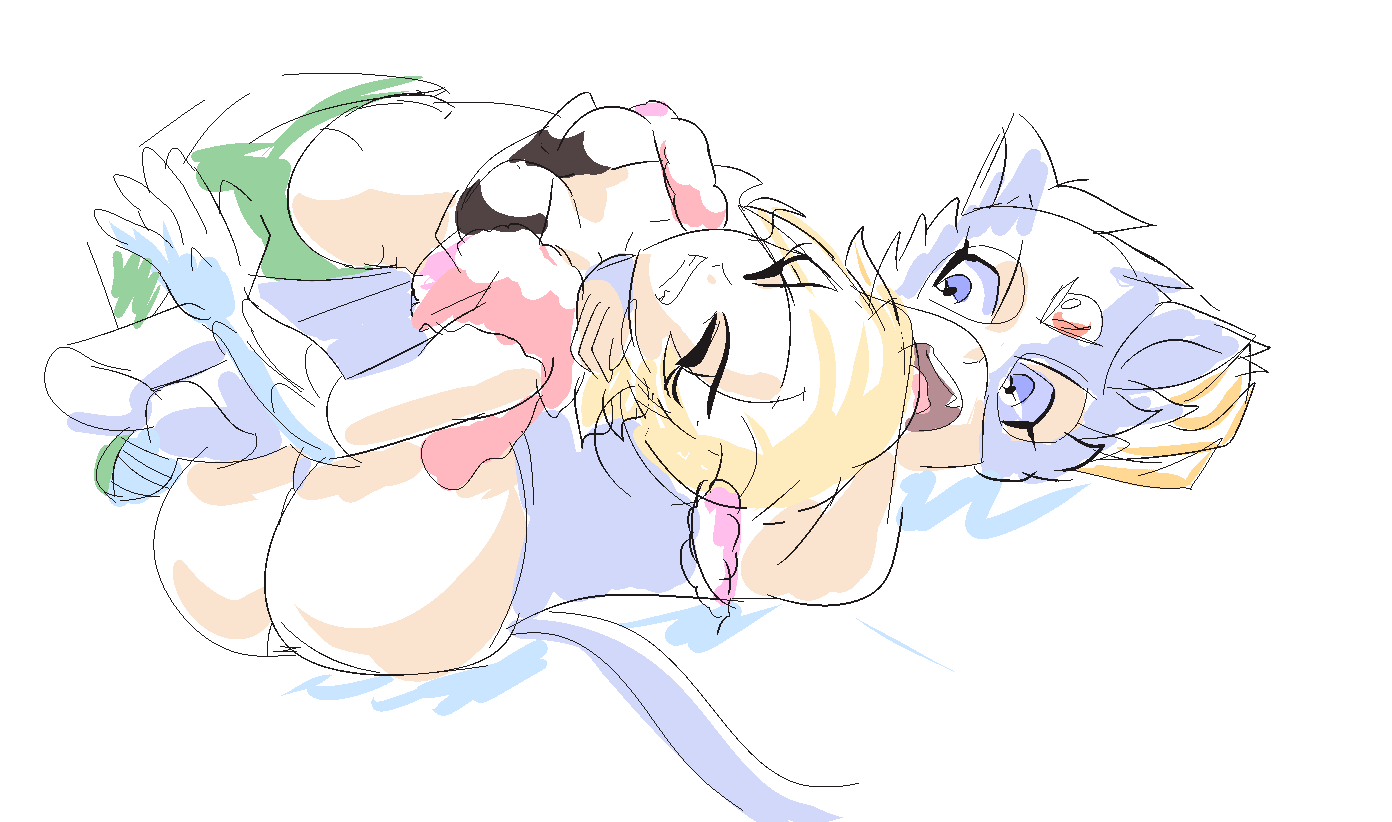 Spoiler:
1) vs Katherine Hart - despite the controversal finish, Navi manages to pull through in the match against the experienced wrestler
2) A win is a win - Kat tries to get a rematch out of Navi, but fails
3) vs Whitney White - another win, but not an enjoyable one for Navi
4) AV16 - Melody Serperior vs Lena Oxton - Navi's Avalanche Adventures
5) Much Ado About Nothing - Navi's Avalanche Adventures Part 2 (angers Alaina Sanders right after the latter lost the Entropy Championship belt)
6) A phone call to the manager - calling a man with a weird pseudonym for a match
7) vs Alaina Sanders- learning not to mess around with former champions