Sachiko is a talented girl who excels in most competitive sports that she competes in. This is due to her having an extreme competitive streak. Sachiko loves to push herself to a limit and finding any woman who could push her as far as she could. She values strong opponents and loves challenge and really loves the moments when she and her opponent could go head to head with all their might. But when she feels like she’s up against someone who can’t touch her, she becomes incredibly arrogant and tends to teases her opponent a lot, but doesn’t stop with going 100%. She values testing herself with competition more than victory…but that doesn’t mean she likes seeing high numbers on her wins.

Sachiko has a lot of power in her toned body and is deceptively strong for a girl her size and uses that strength to overwhelm and beat down her opponents. In any match she goes 100%, even if she knows that it's way over what is necessary. But when she finds the girl who can bring out the raw power of her body, she gets really excited and exhibits a much more joyous demeanor as her 'serious face' gets activated. Because of success in other sports besides pro-wrestling, only has one plan: rely on her physical strength to handle an opponent and doesn’t stray from that plan, even if it’s not working at first and is determined that if she keeps at it that it’ll work eventually.

- None. Willing to jump into any match type. 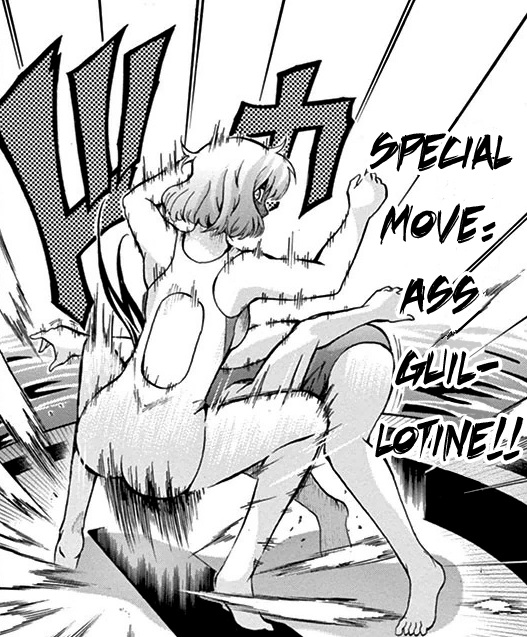 - With her opponent on their stomach, Sachiko jumps up and drops herself butt first on to the lower back of her opponent before immediately wrapping her hands around her opponent’s face and pulls back for a camel clutch. 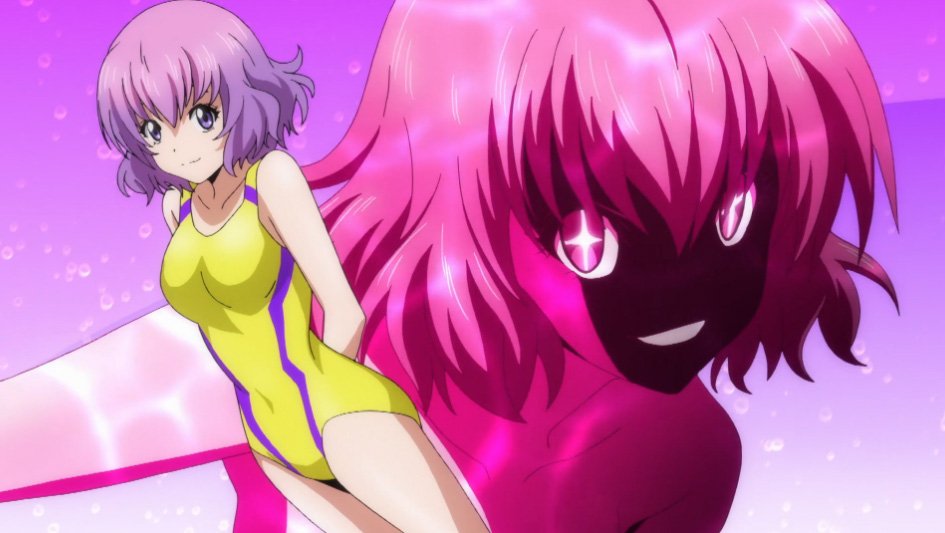 - Sachiko at a young age, began to realize that she was gifted at sports but it was only until she got into middle school that she began to nurture that talent. Joining her first sports club, she quickly asserted herself as the best player in her grade. But unfortunately for her, there was no one who was near her level and before the year was half over, she left to join another one having grown bored with the lack of competition. She felt like there was no point in being Number 1 with no one to challenge her for the spot and hated the feeling of being complacent. Trying out all the different sports that her school had to offer, Sachiko always met the same amount of resistance, none.

Growing incredibly frustrated, she got into high school and thought that she would surrounded by at least one competent person to call her rival. To her great chagrin, that did not happen as even playing against the boys did not satisfy her thirst for competition. It didn’t matter which sport she dove into, her 100% was too much for her peers. Her last sport that she joined in her freshman year before accepting that it was the closest she would get was the wrestling club. At first as always, it was fun putting herself against her school mates, much longer than the other clubs, but eventually she got to the top of the mountain again.

Looking to satisfy herself, she entered the regionals tournaments, seeing if anyone from the other schools would pose a challenge for her. She managed to win, but not without exerting herself the first time in a long while. Sachiko couldn’t believe the rush of actually having to fight to keep her spot as she was bursting with joy at the feeling. Throughout her high school years, her main focus (besides studying) was to enter these tournaments for the same rush.

When she finally graduated high school, she at first was thinking about doing amateur wrestling at a college level, however her efforts of three years amateur wrestling did not go unnoticed as a certain manager in the World Of Professional Wrestling, locked his eyes on the young girl. He wanted Sachiko to join as he ‘seen the talent locked in her body’ and only the best can squeeze it out of her. He began telling Sachiko incredible tales of wrestling…whether or not they were true, Sachiko got excited with the thought of competing against women from all over the world and with how diverse Pro-Wrestling was, she was set on joining.

- Sachiko values competition, no matter the field, and finds no greater joy than using her all against an opponent who can take and give back just as much. However, because of this she can come off as incredibly snobbish as her standards for what is considered great are way too high. Along with how she was always amazing sports, she had no friends who could stand the fact that she was seemingly great at everything. Despite this, Sachiko retains a cheerful disposition and is always friendly to everyone she meets that exhumes confidence. In contests though, she doesn’t let that confidence could her performance and always goes a 100% into everything she does.

However, once she finds someone who she thinks can match her, her demeanor shifts and becomes excitedly serious. Sachiko revels in being able to go all-out and against someone who doesn’t get left in her dust, she finds victory all the more satisfying. On contrary to what people would believe for someone who was always great at everything, Sachiko doesn’t find defeat against a tough opponent as a crushing loss. In fact, she sees them as ceilings that she needs to break through, no matter how many times she needs to try. That doesn’t mean she’s fine with it, she’ll push herself even harder to grow in the field of competition that she surrounds herself in.

She’s always ready to dive head first into anything if she thinks that it could be fun. Her only concern being if there’s someone who can give her a run for her money.

| Trivia
- Has a ‘List’ of names that belong women who she wants to wrestle in AFW. No one but Sachiko knows who is on the list.
- Her success in contests even spills into video games. No one wants to play with her.