Strategy: Suu's main strategy is to wrap around them and squeeze the life out of them! Either that or she loves to use her unique body to swallow opponents into her body and let them pass out inside her from lack of oxygen!

Finisher
Water Prison: Suu will absorb her opponent into her body, and adjust the size of her body to match her opponent so she acts like a slime suit. Keeping her opponent completely in place, Suu will just lay there in the center of the ring sprawled out like a star, which forces her opponent to spread as well, and happily waits until her opponent passes out inside her. This finisher is completely impossible to escape.

Key Weakness
Suu is a slime girl and is able to change the density of her body and stretch herself but her green sensors which is her hair are always solid. If pulled, yanked, bit or anything of the sort, Suu will immediately become solid and loses all her strength. 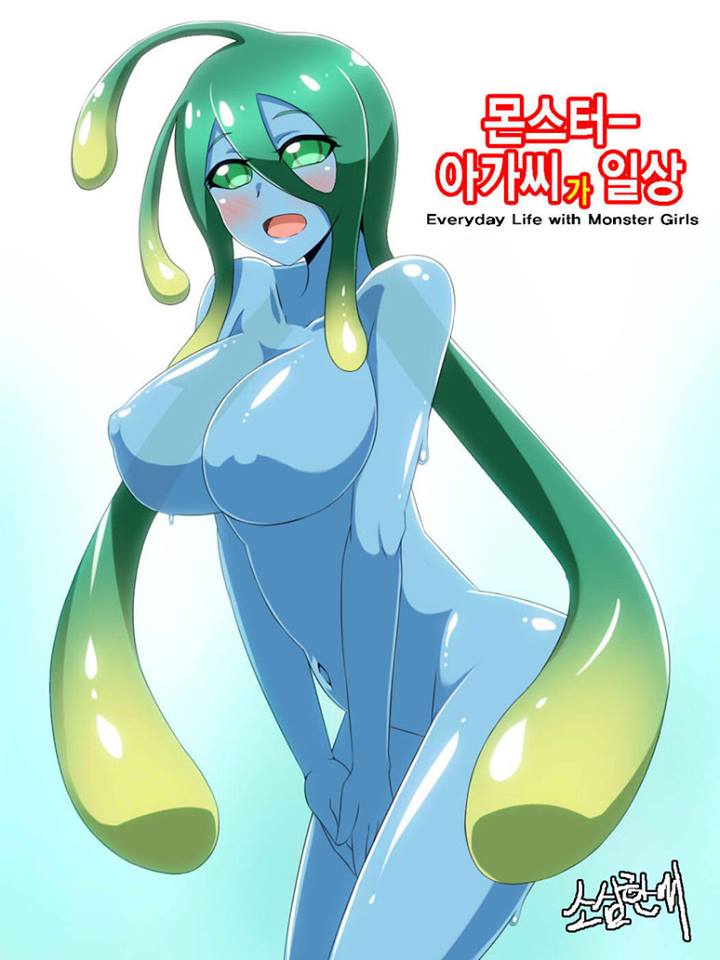 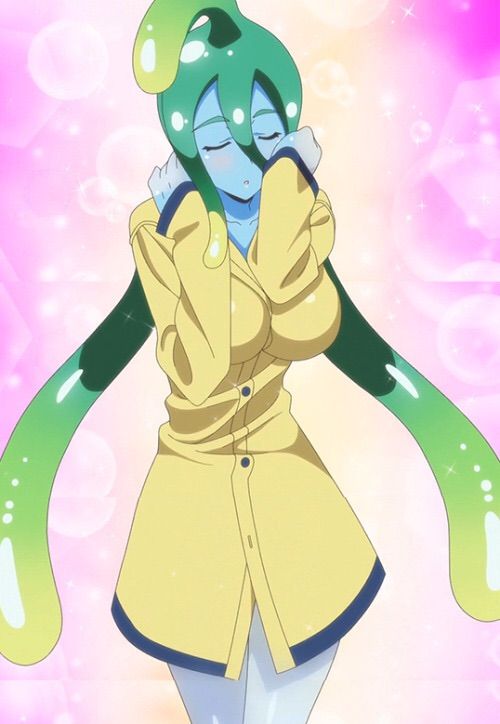 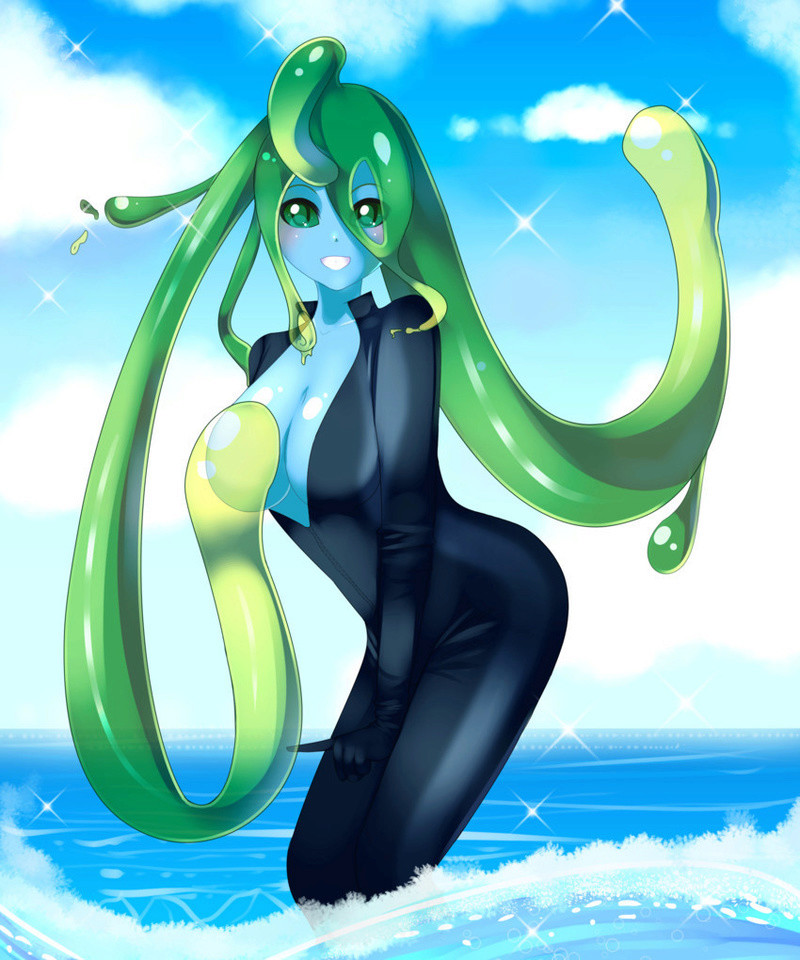 History/Personality
Suu is a slime girl and her origin is a huge mystery. She showed up one day at one of FnF's facilities as a little slime, scotching around the floor. When found by officials, she reverted to her normal form and was amazed by all the wrestling matches she saw on the monitors and wanted to join. The officials were more and less shocked about her sudden appearance but the higher ups allowed her, seeing how interesting it would be to see a slime girl in action.

Suu is happy-go-lucky, air headed slime girl who acts very childish for her appearance. Though she appears to be a full grown adult, she seems to display a very child-like personality. She is a curious girl but at times can be very perverted, often sexually harassing others and needing officials to scold her. But none the less, Suu's personality can be summed up with one word; dimwitted.