Strategy: Utter annihilation of the enemy (AKA: Mostly relies on her speed to deal as much damage as possible. Has very low endurance, so in the few instances she had won, tried to finish the match as fast as possible)

Style: Jill of all trades: Her wrestling school taught her a lot of general moves, be they high-flying, power based slams, or general drops.

Physical Appearance: Relatively moderate sized in terms of height and weight. Has black hair.
Personality: As GASTER: An evil overlord who wants to conquer the Earth by means of beating Earth’s greatest heroes (wrestlers). Will intentionally semi-corrupt people’s nicknames to a slightly different one.

As Clara: A very introverted girl. Rarely is the one to start conversations, and even then, stumbles in words a lot when talking to unknown people or about topics that don’t interest her. Is a realist.

Note that she only acts as GASTER in the ring on the mic, or in promos she films in her apartment. Backstage, while will attempt to trash talk people as her character, will mostly result in her real personality to come through.

Regardless of fighting as GASTER or herself (which is very rare), despite her character, will rarely, if ever cheat or hurt her opponents more than she needs too, and while wants to win, isn’t in a rush to do so.

Past/History: Clara was born on November 29th, 1997 in Newcastle, England, to a very middle-class upbringing. And got relatively good grades at school. Became interested in wrestling when she turned 8 after a friend of hers introduced her to it via a DVD of Wrestlemania 21, with Undertaker quickly becoming her favorite wrestler. When she turned 13, she started having plans on becoming a pro wrestler herself, and eventually joined a wrestling school.

Although she didn’t have many friends, she spend a lot of her time online on gaming forums and social media. There, she met a girl named Melody, becoming pen pals with her.

After a long time of distant writing to each other, Melody told her that she would be visiting Newcastle with her friend soon. They finally met in person in 2012, with Clara leading the 2 of them on the excursion around the city, capping it off with a visit to an indy wrestling event, thus introducing the pair to pro wrestling.

By the time she was 17, she was allowed to be used on a couple indy feds, although mostly as an enhancement talent against girls and women who were much more experienced or talented than her. While she enjoyed the actual wrestling (even making a couple of friends with more nicer people on rosters) she felt like it was slightly boring to her to simply wrestle and lose, and not helping the fact was her inability to say anything during interviews.

With that, throughout 2015, she tried a hand at creating a stage character (previously taking part in drama classes), and eventually created an evil overlord persona known as GASTER, with her wearing a creepy looking mask during her matches. She enjoyed cutting promos in character on a lot of wrestlers in various feds, even if she lost the actual matches.

She still kept in touch with Melody and discovered that she and her friend, Navi were also training to become pro wrestlers, planning to join a Japanese company known as AFW. Deciding to join her friends, her parents gave her permission to travel to Japan to try out and eventually join the company (especially with the salary being much more than in the local feds)

Wrestling Attire: Entrance attire is the same as her pic, wearing a hoodie and a mask during her entrance.
Takes off the hoodie during the match, wearing a simple yellow sports bra underneath.

Fun Facts:
- Is a fan of Broken Matt Hardy, incorporating some lore of his character into her own. 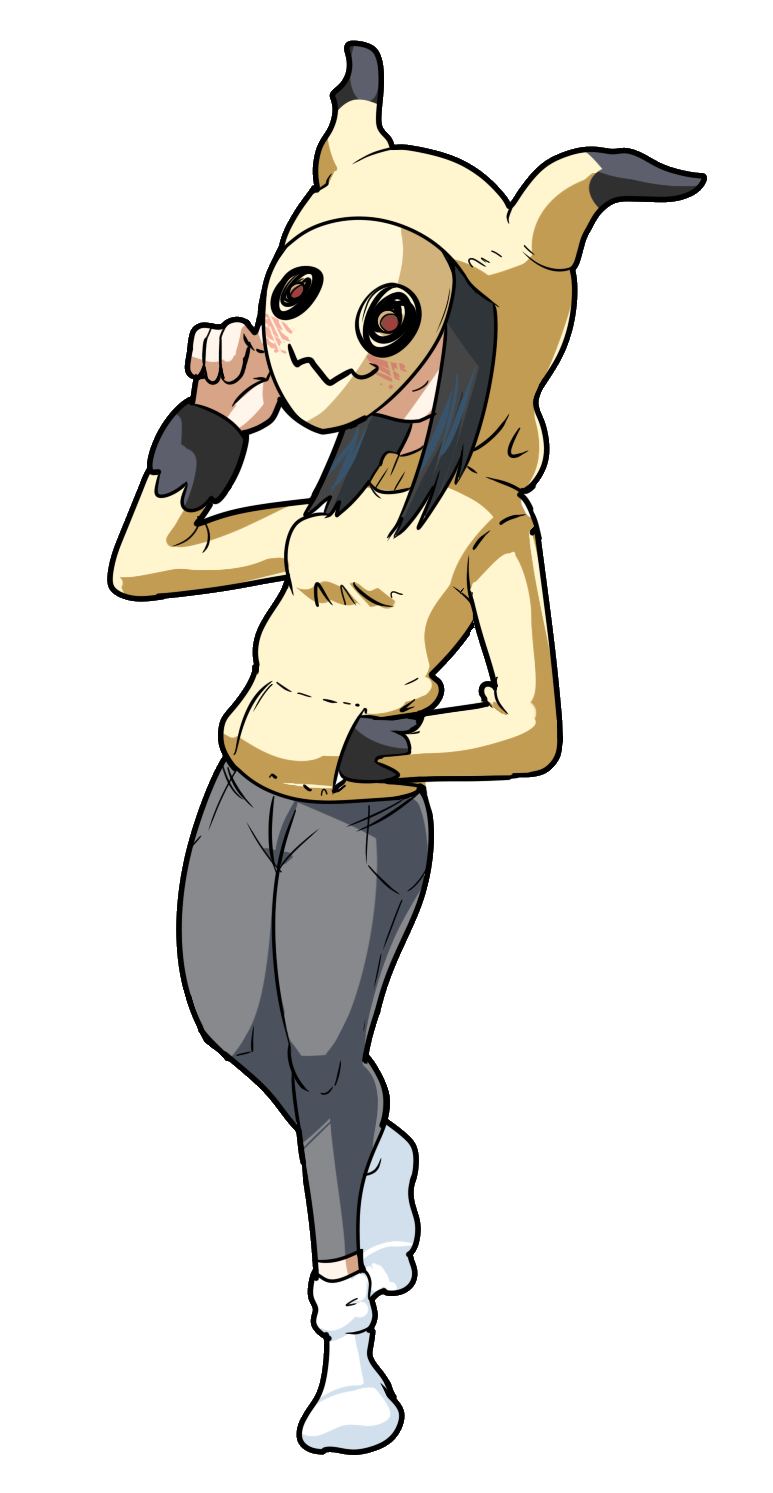 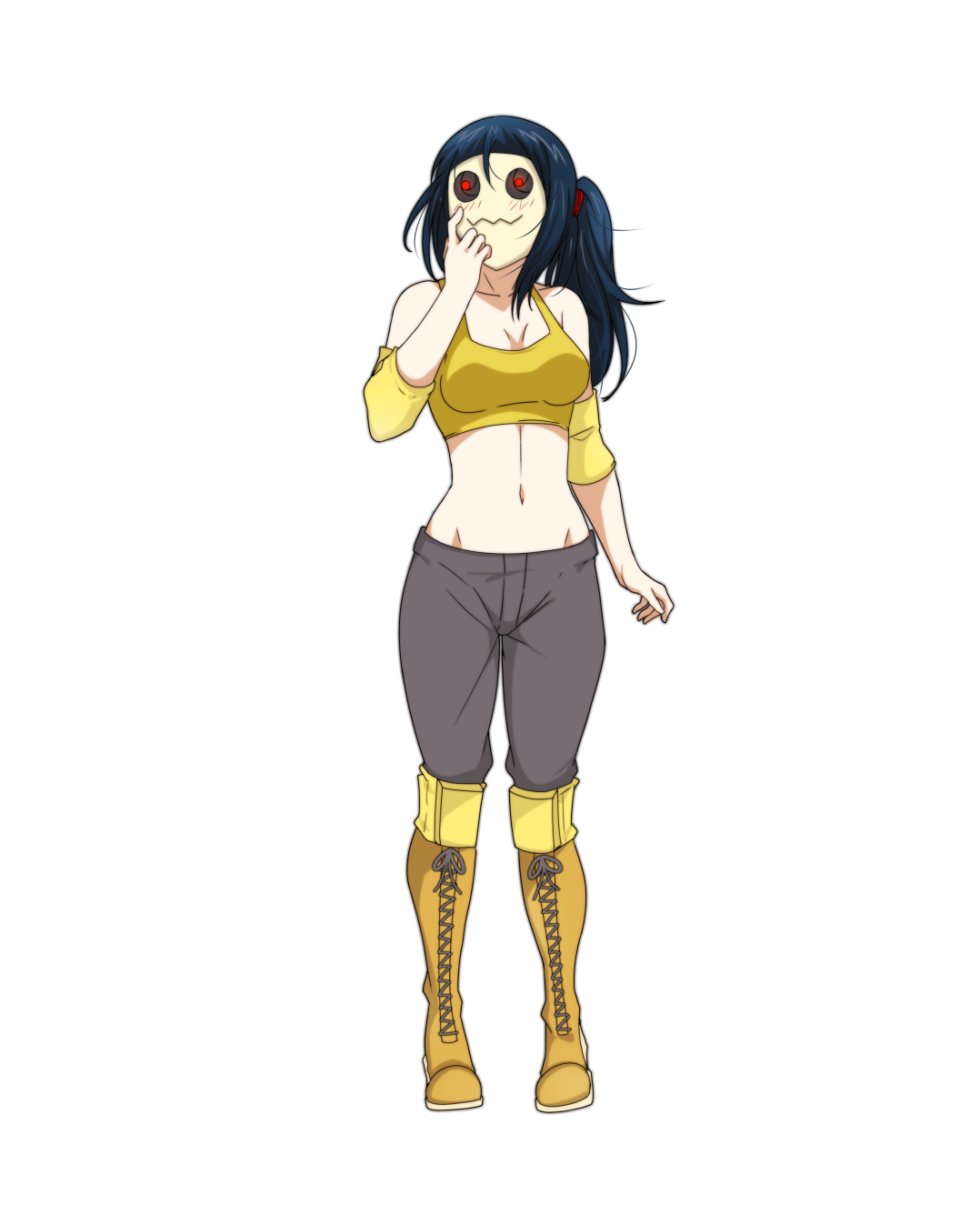 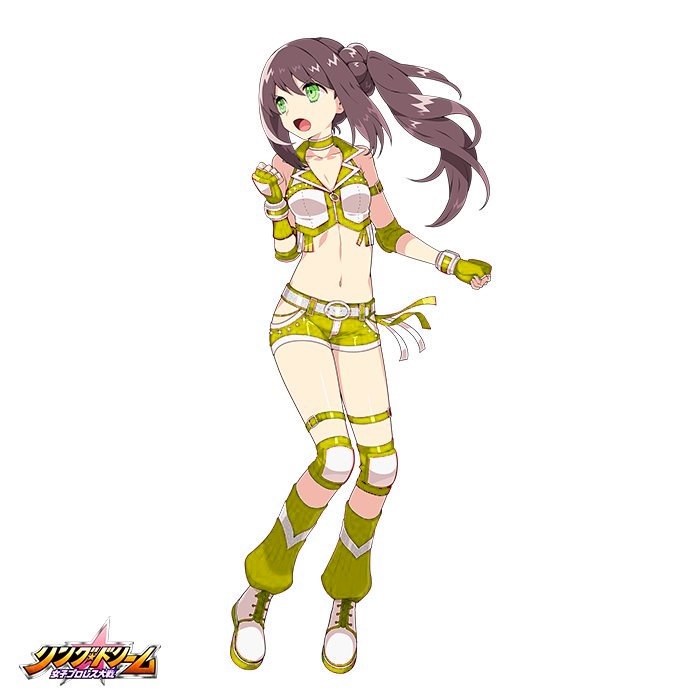