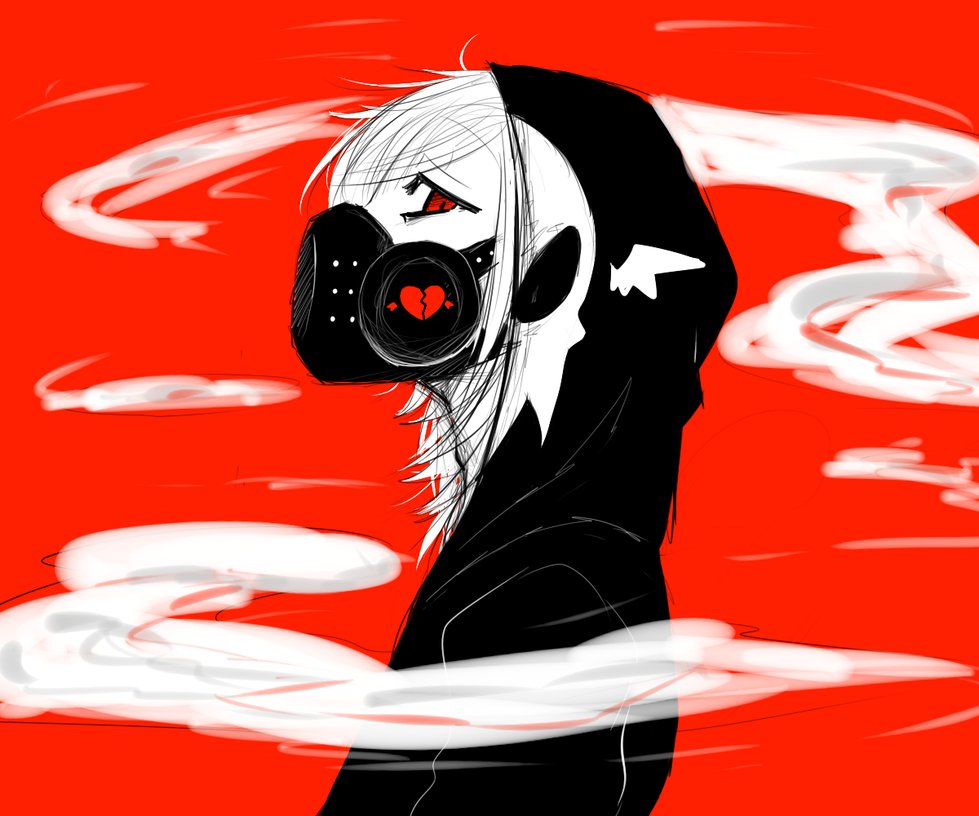 Strategy: Douse the ring in blood. Hers or her opponent's.

Style: Fight like a cornered animal. Use anything and everything to deal as much damage as possible.

Preferred Attacks: Strikes, use of weapons, and use of environment.

Preferred Matches: Hardcore. Anything hardcore, but always hardcore.
She also has a love for overly elaborate (read: dangerous) rings, and cages.

Endurance: ****** Carnage will fight until her body gives in, and then some. Her will is nigh-unbreakable, and her bloodlust drives her to incredible feats of endurance

Strength: *** Though her form is small and spindly, Carnage posses a wiry strength that will surprise most opponents

Speed: **** Though she's rarely one to dodge, when Carnage starts her attack, she doesn't stop until something makes her stop

Defense: Not only is Carnage not trained to defend herself, it is counterproductive to her goals

Technique: ** She has no sort of formal training, but she does posses a killer instinct

Pop!: When caught in a particularly inescapable hold, she will dislocate an appropriate limb to get a clear shot. She can usually pop it back in later.

Elevator to Hell: With an opponent on their hands and knees, Carnage will leap into the air and stomp their face down into the floor. Like a curb stomp, but with both feet.

An Arm and a Leg: Standing behind an opponent, Carnage will grab her wrist and fall back, bringing her knees up and slamming her opponent's tricep onto them.

And The Kitchen Sink: Although it's not technically move per sé, Carnage does routinely bring a variety of horrific weapons with her, her favorite being a baseball bat with the end wrapped in barbed wire. She's also very skilled at sneaking hidden weapons, even into matches that will eventually have her disqualified for it.

Memento Mori: With an opponent resting against the turnbuckle, she either wraps some sort of weapon (chains, ropes, her hoodie) around their neck or wraps both hands around their chin, and falls back, pulling up and letting the momentum carry both of them out of the ring. If possible, she tries to do this over the corner with the steel steps beneath them for the most damage.

Wrestling Attire: In addition to the pictured hoodie and gas mask, Carnage wears a leather tank top that cuts off above the ribs, black jeans with a small chain on the left side, and motorcycle gloves. Her hoodie has a number of hidden compartments to store small weapons as well.

That would be how most people would describe Sakiko Mori, better known as Carnage, in two words. And, while they wouldn't be wholly wrong, there is more to her than meets the eye. It is true that she is has become rage personified, in and out of the ring, and is, to be completely honest, batshit crazy. Her behavior is erratic and unpredictable, the only consistency being violence whenever possible, and even there she can be difficult to read. She has no real drive to win (in fact, she seems to go out of her way to find matches that give her no hope of victory), no sadistic or masochistic impulses, or even a notable rush from the thrill of battle. Instead, she seems intent on committing violence for its own sake, not satisfied until both competitiors have thoughrouly suffered. Her speech is frightening and inconsistent, frequently swapping between a quiet, sultry tone and full-on screaming, she often has some sort of largely nonsensical preface to any of her matches, and she is almost impossible to find outside of the ring unless she's looking to be found.

Beneath this layer, too deep for all but the most perceptive to see, however, is a thouroughly broken girl, afraid of everyone and everything. She shows no fear from physical pain because it is what she's come to expect, because the constant emotional torment dwarfs it at all times. Anyone that may try to get close is a threat that must be destroyed, and things that would cripple someone else are trivial to her shattered mind. The only things that she may ever open up to are also her greatest and most crippling weaknesses, and even those are a deep, closely guarded secret…

From the day she was born, Sakiko Mori has not had it easy. Arguably before that, even. Her father was an American immigrant, the son of a World War Two veteran who told his family of the world overseas. The son fell in love, with both the country itself and one of it's inhabitants, and earned citizenship. But the romance of his new life was short lived, and he turned to drugs, alcohol and gambling to quench his palette. Distraught and furious over their failing marriage, his wife took out her frustrations on their only daughter, viscously mentally and physically abusing her since the time she could walk. Little Mori endured this until she was nine years old, when child protective services discovered the abuse and brought the child into foster care.

Unfortunately, the nightmare did not end there. While her foster parents willingly took her into their home, their biological children, Mori's foster brother and sister, had no interest in adopting a depressed and socially stunted girl into their family. They routinely bullied and excluded her, preaching their stigma to their classmates and depriving her of positive interaction with her peers. When she finally tired of it, she sunk a kitchen knife into her foster brother's cheek in retaliation. From there, she had two options: run away or face juvenile hall. Although she chose the former, she was caught and the latter was thrust upon her. She spent the next two years in juvenile custody, the final years of her pre-adult life.

She had seen AFW matches online before, the violence and debauchery were welcome entertainment, but in that facility, she witnessed one that would change her life (the juvenile facility in question soon realized that channels featuring AFW matches should be blocked in a women's correctional facility, and have since remedied the issue). A mysterious masked woman who systematically, and yet savagely destroyed her opponent leaving the ring as a bloody, barbaric mess. The match, and that wrestler, inspired Mori, and transpiring events in the AFW ensured that when she returned to civilian life, she emerged as Carnage.

(Not Terribly) Fun Facts:
-beneath her gas mask, Mori's lips are riddled with self-inflicted scars
-Carnage's red eyes aren't contacts: she purchased expensive recoloring surgery to change them to their unnatural hue
-Carnage's gas mask is not only real, but top-of-the-line. In addition to filtering most airborne substances, it has a port where she can insert a straw, and a valve that dumps liquid from inside (or, with some added pressure, sprays it)
-Although poorly educated, Mori has a very adaptive intelligence, and may even possess a genius level intellect. Because of this, she's naturally an adept strategist, and even a competent self-taught philosopher (even if her philosophies are nihilistic in nature).
-Despite what people may believe, Mori hasn't actually killed anyone. She may even have compulsions against doing so...
-When she was released from prison, Mori discovered her parents died in a drunk driving accident. However, even as an addict, her father was a competent gambler and, being the only remaining living family member, she inherited a healthy sum of money.