Power show off in the gym

Power show off in the gym

Another day for Yori at the gym. In the last time she hit the gym very often, she needed a lot more training than before. In these smaller leagues it was more than enough when she hit the gym once a week or twice. But now in a bigger league she met bigger opponents, meaning she had to be much fitter to hold on with the wrestles around here. Yori wanted to show that she deserved her spot to be here and that she could bring the same fight as any young bug around here. Yori´s goal was it to become one of the biggest names around here to show that she still had it! But she didn´t only wanted to show it to these young punks… she also wanted to prove it to herself that she still had in herself.

At the moment Yori was running at the treadmill, finishing her training when she looked around. The gym was completely empty… no one was around… really no one. She was used that these gyms were empty as fuck but this was even surprising for her. The mature woman would turn her treadmill down before shutting it down. She would step down from it and grab her towel and her water flask. Then she would start to walk towards the looker room. She didn´t wanted to be locked in here… that would be kind of strange.

Lindsay did some stretches as she headed for the locker room. It was pretty late now but she enjoyed getting in some workout in an empty gym, much more serene that way. Although she did hope to get some practice with her sleepers in tonight and hoped there was at least some no name bitch she could choke out. As she walked in sporting her workout outfit, a tight red tank top and black shorts, she would notice only other woman in the locker room. A big breasted cow who appeared to just be packing up. Scoffing, Lindsay supposed this would do.

"Oi! You there? You leaving already?" Lindsay called out to the woman who was currently wiping herself of her sweat with her towel. 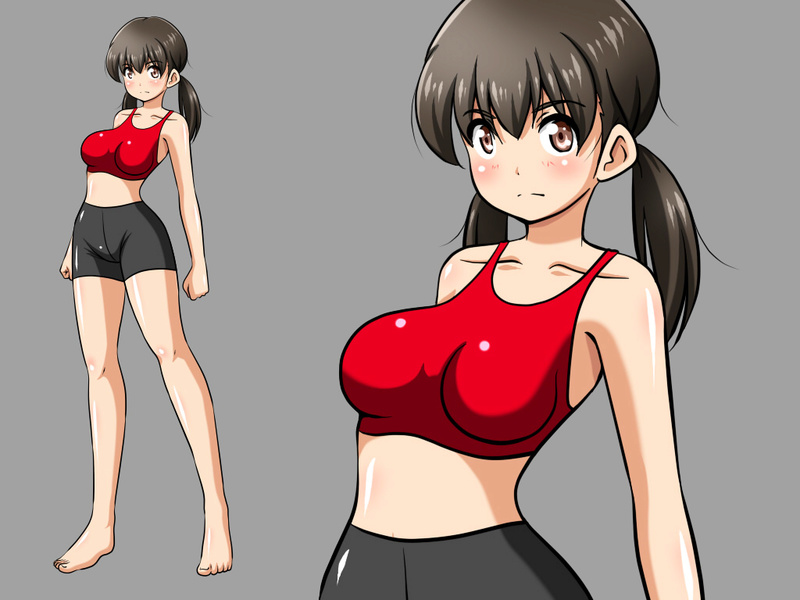 YOri was just about to step out of the gym when she suddenly saw a woman looking at her. In the next moment the woman was also calling Yori over. The mature woman ripped her eyes wide open when she heard that. She never saw that woman before… or did she. Yori took another closer look, she was known for being Forgetful about faces… The girl got dark brown hair… looked pretty sporty… looks like she was more often in the gym then Yori and that it was paying of… She also got a nice pair of boobs right in front of her chest covered by a tight, red sport bra.

“Hey there… yeah I was just about to leave… why you asking sweetheart? Are u looking for a trainings partner? Sorry but I don´t think I would be a good pick there… I am not so fit as you…” She would take another look at the other girl. “Do we know each other from somewhere… by the way where are my manners? My name is Yori nazuka… what is yours?”