Strategy: Uses her sheer size and strength to dominate and pick up the win.
Style: Wrestling
Type: Happy but with a edge to her when pushed or taunted

Preferred Matches: Anything but NHB

The Big Top: Harking back to her circus days, as the name suggests this is all about Catherine's breasts. She uses them in a variety of smothers to either get her rival to submit, to be counted out in a pin or simply KO'd between her sweaty orbs. Her favorites are Bearhug KO, or a Full Body Pin

The Big End: As a follow on from her Big Top finisher, Catherine will employ a facesit to pin her rivals. The effect of her weight makes the smother almost inescapable. When Catherine sits down, it is game over!

The Gypsy Curse: Calling on her heritage, this submission is truly devastating. Catherine gets a rival sat ahead of her and from behind she straddles their head between her immense thighs and sits on their neck and shoulders. From there Catherine simply drops her weight in increasing amounts or bounces to literally crush the poor girl into submission. With close to 200ibs on their neck, a submission comes quickly but if not she will reach down and pull their leg up in a stump puller move to add to the pressure on their chest, neck and tummy

Vlad The Impaler: Named after the historical figure. A simple move and one which she does to show off her strength. Getting a rival lifted up from behind she will hold them high whilst  playing to the crowd. Eventually she drops down and impales them on her knee in an Atomic Drop 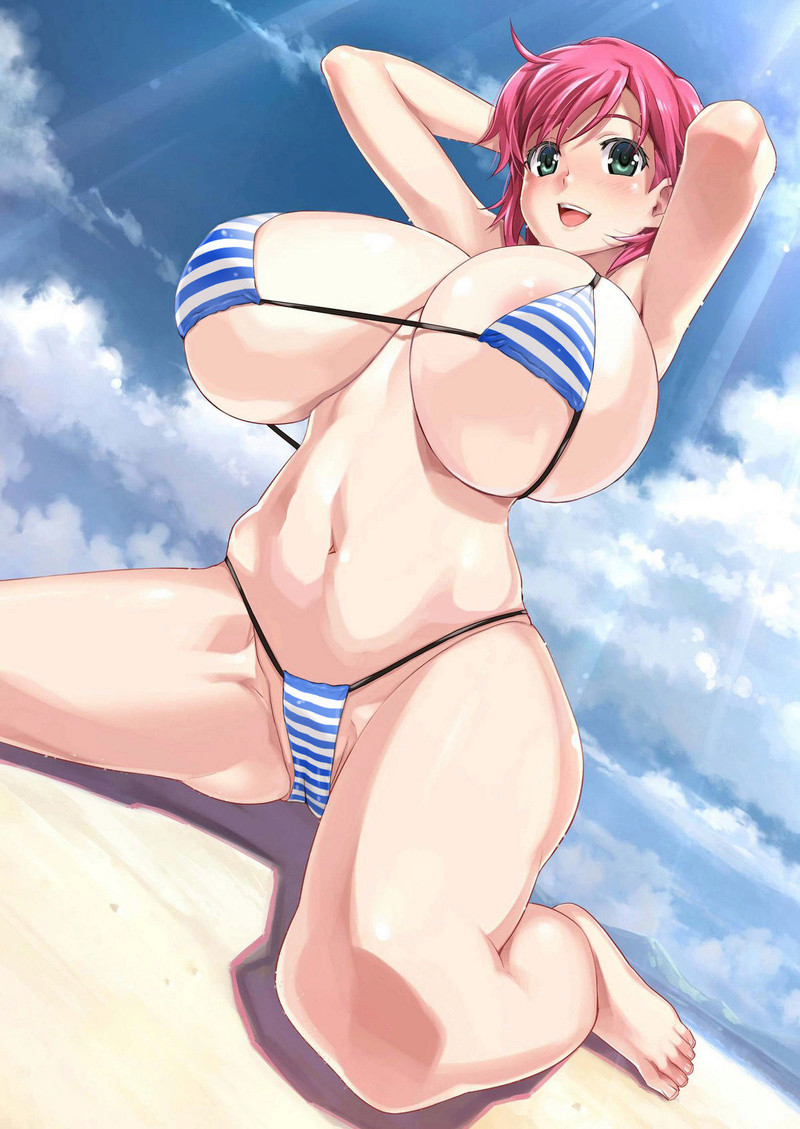 Personality/History: Catherine comes from a long line of circus performers in her native Romania. She was born a big child and ever since had grown freakishly large naturally. This led to her being in the circus as some freakshow attraction. One night on Catherine's 20th Birthday, a drunken worker tried to have sex with her and wouldn't leave her alone. Catherine invited him to her trailer and instead of giving him what he wanted, she left him needing several months of painful rehabilitation.

Instead of being angry, her Father saw the potential and paired her up with the circus strongman who trained Catherine to use her natural gift of size and strength. From there she toured around and was spotted by a wrestling promoter who made her the "Amazon of Amazons" a terrible name but it paid well and gave Catherine a taste for the ring. She is now in AFW to prove her worth and will happily squash anyone who crosses her path.

Wrestling Attire: She always wears a bikini that is a few sizes too small for her!

Facts: Catherine has a particular dislike for two types of people: Kawaii wrestlers and Bullies.

She cannot stand Kawaii's and believe they should all be out of AFW. If she faces them in a match she will happily show them not to mess with the big girls. By contrast, she is secretly terrified of losing to a Kawaii at the same time. In moments where she gets in difficulty she will often panic and as such lose focus in a match

With bullies, it reminds her of her time at school and jokes about height and weight are sure to get under her skin and mean the girl taunting her is more than likely to be sent to dreamland between Catherine's massive breasts!

If she happens to find a Kawaii who is a bully, she is especially keen to squash and smother them!