Attire: Tamago dyes her hair before every match to suit her in ring attire and to show that she is a different woman when she's in the ring 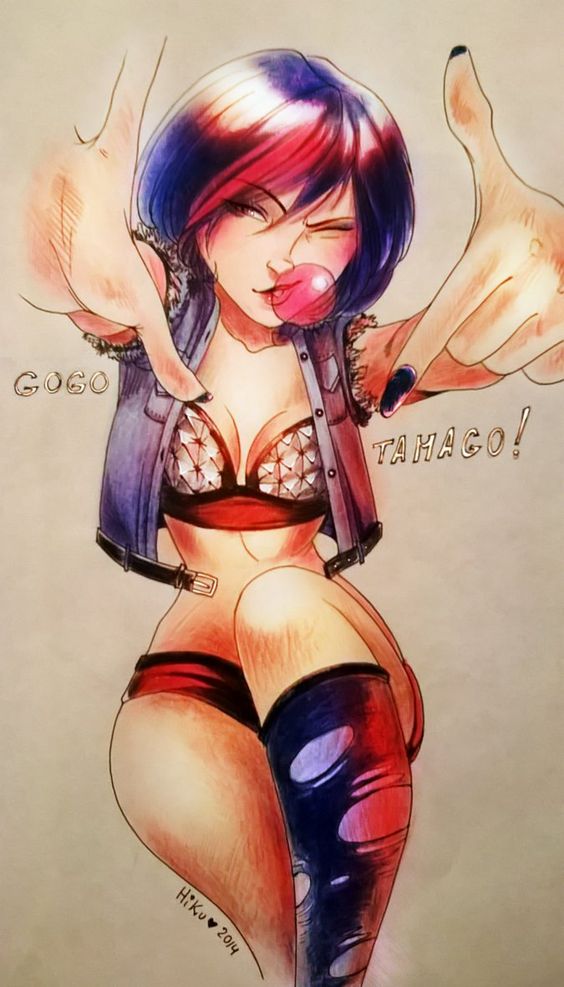 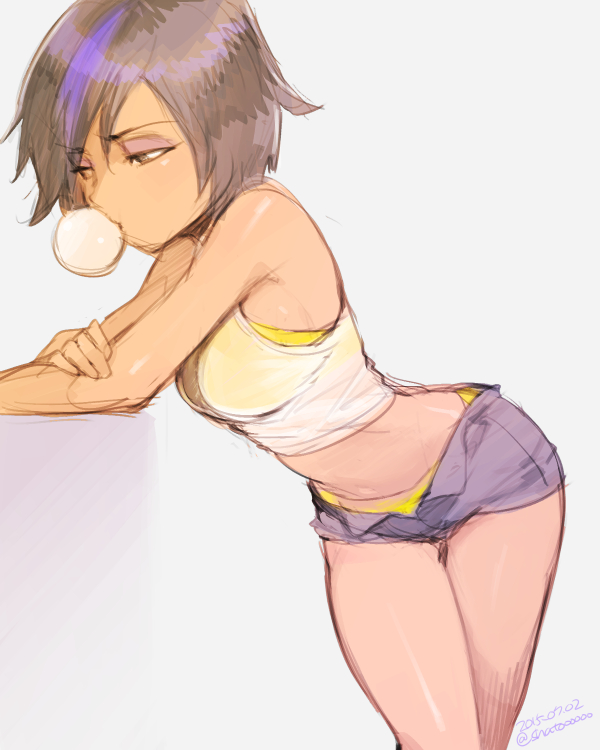 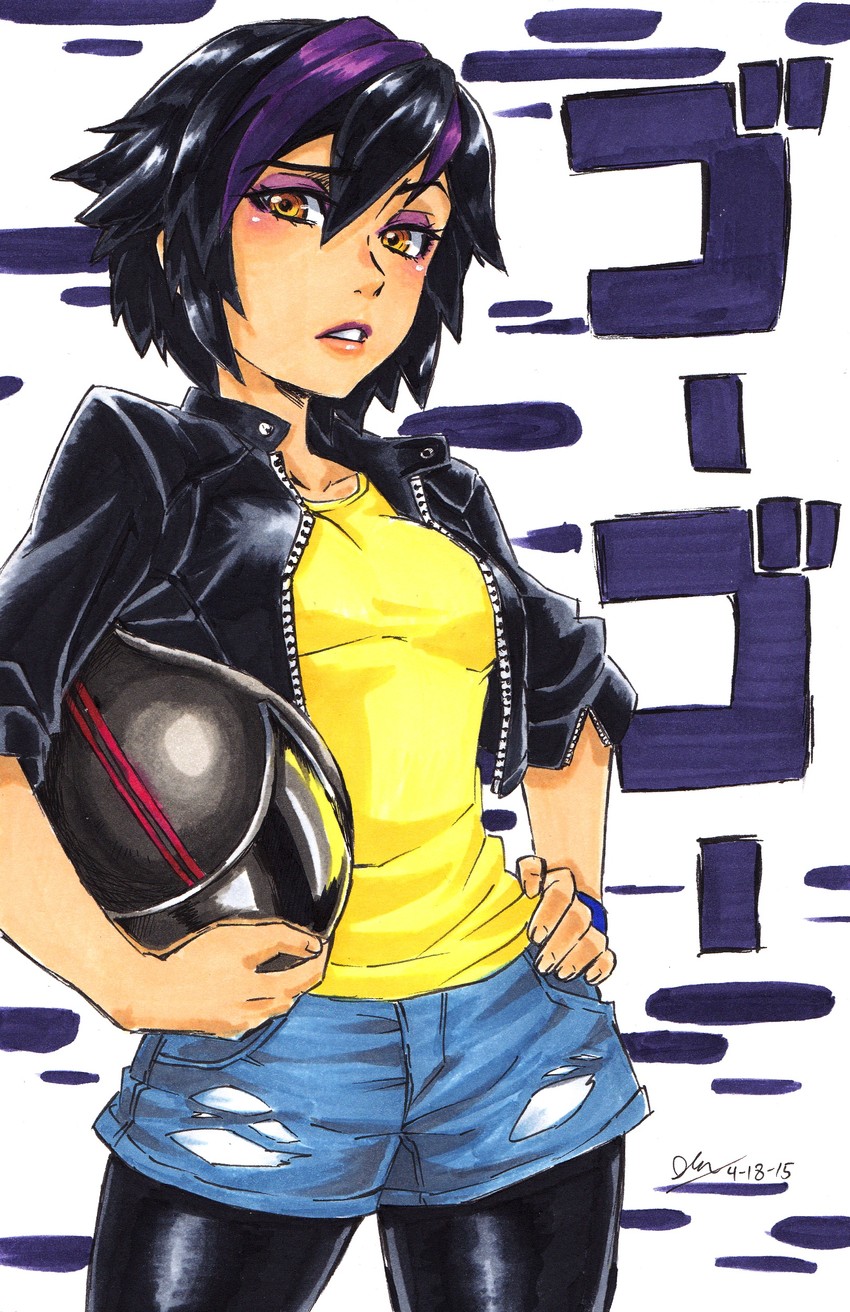 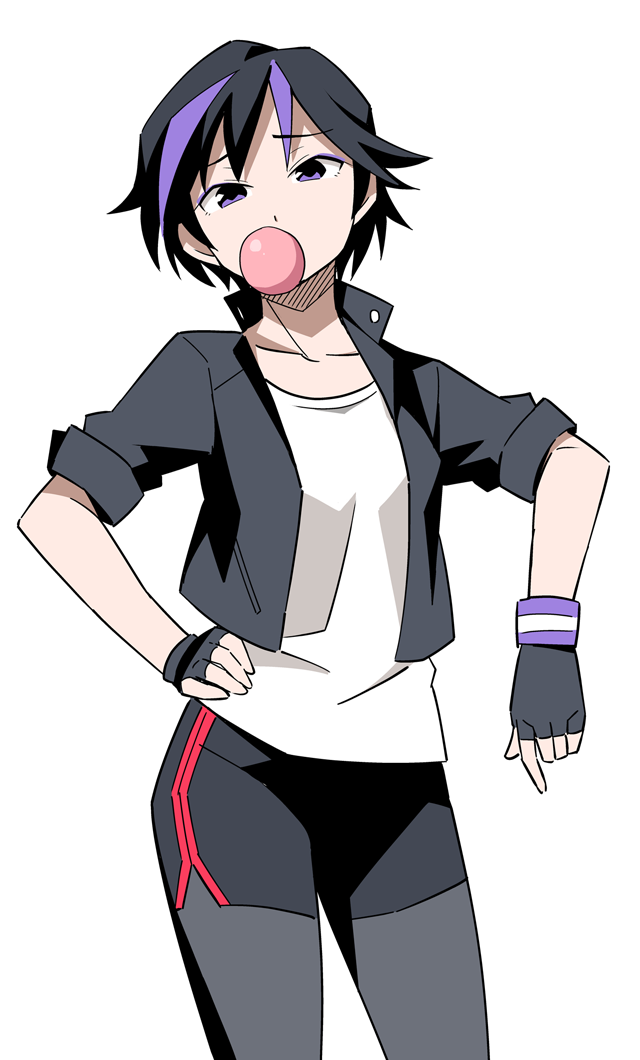 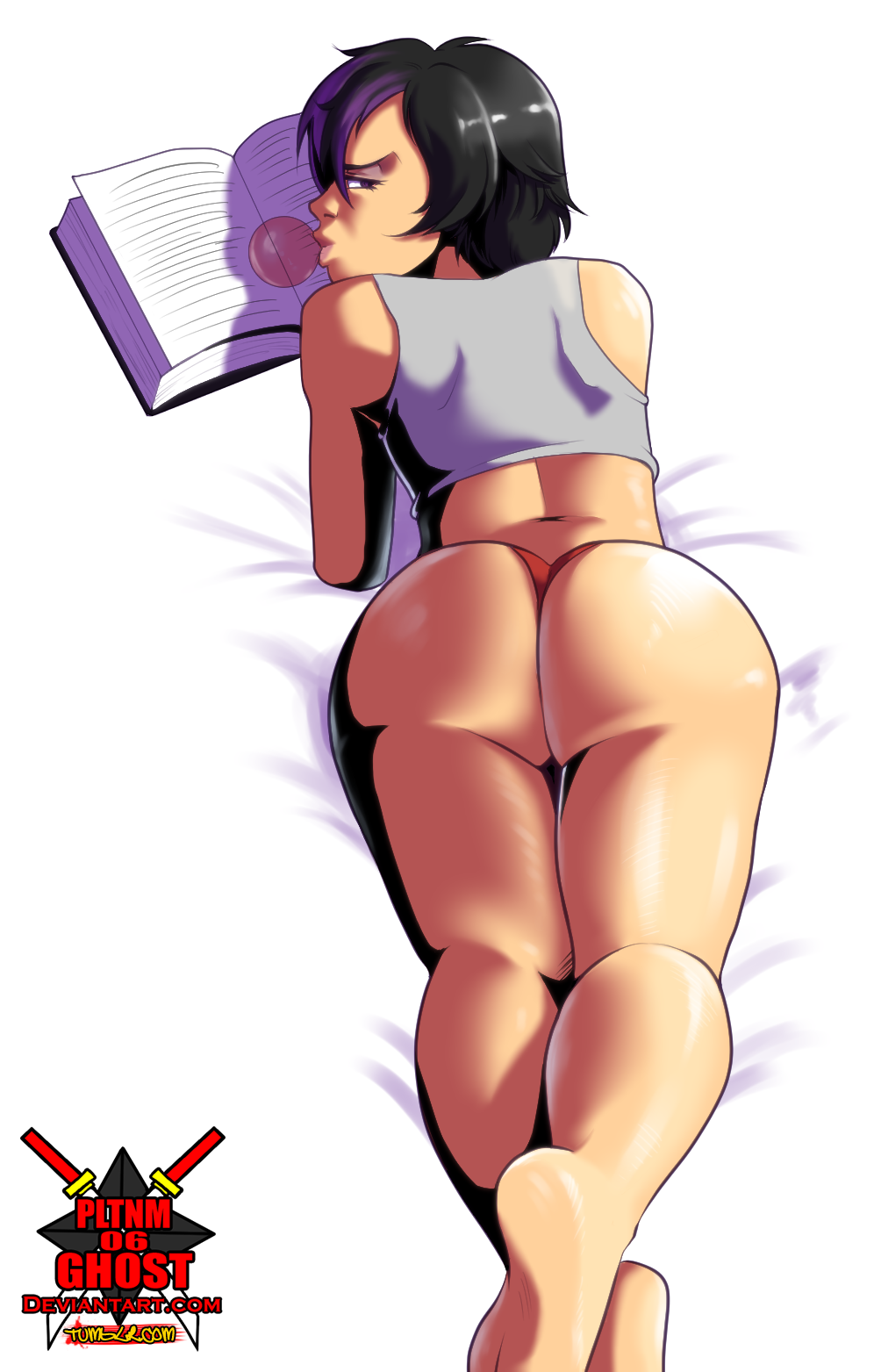 Train at the end of the tunnel: Tamago will set her opponent up in the corner and will run towards them, before then propelling herself forward and off the mat and landing a crossbody against her cornered opponent.

Dead on arrival: Tamago will have her opponent set up in  a standing position on the outside of the ring apron and will run towards them before leaping through the middle ropes and spearing her opponent onto the concrete outside.

Crush Senton: Tamago will leap from the turnbuckle to a standing opponent and will land a senton and land with her rear either on her opponent's chest or face before going for the pin.

Doom drop: Tamago will lift her opponent for a suplex and will run forward before driving her opponent backwards into the mat.

Sliced bread: Tamago will wrap both her arms around her opponent's neck from in front of them, while facing away from the opponent and towards the corner. Tamago will then run towards the corner and bounce from the mat to the second turnbuckle pad, before then running up the top one with her other leg and falling backwards in a moonsault.

Tamago came from a typical high class family in Japan, although from childhood it was obvious that Tagamo wasn't the "typical girl". Ever since early childhood Tamago had an extreme interest in motorcycles and loved to draw motorcycles, eventually she would start to draw other pictures which would get increasingly detailed and as an artist she was almost considered a genius for her age. Tamago had a sister that she was somewhat close with as a child, although due to Tamago going to an artists boarding school upon turning 14 Tamago hasn't seen much of her sister in a long time, not knowing anything about what her sister does now due to Tamago gradually losing contact with her family.

In art school Tamago eventually became somewhat of a trouble student, after a few years of drawing the art she was supposed to Tamago would go back to drawing cars and Motorcycles, which didn't sit well with her teachers. Tamago was far from a delinquent and was actually quite respectful and knowledgeable about the rules, but for her strict well behaved art school she was the closest to being a delinquent and was somewhat excluded from the schools community. While in art school Tamago would make friends with another girl who had similar issues with the school due to her obsession with drawing fight scenes, which interested Tamago greatly and both girls started to take inspiration from each other. Tamago then with the help up her friend made a comic for fun about a woman who lived life toe the fullest and was a professional wrestler with a garage filled with a vast amount of motorcycles, this would go on to help the woman in developing her own personality and wrestling personality.

After making many copies of the comic Tamago's friend would drop out of the making of it, which brought Tamago down for a while although she did stay in touch with this friend. Tamago after leaving her art school at the age of 18 would go to an art college and would buy a motorcycle, and as expected she loved riding it around town and it would awaken a thirst for danger and thrill in Tamago. Before long Tamago would get fed up with how her college treated art, restricting Tamago from drawing what she wanted, which at this point was more than just motorcycles but still wasn't acceptable according to the college. After dropping out Tamago found herself in a panic about how she was going to survive, not being able to pay the rent for her apartment, luckily for Tamago though her land lord pointed her towards a temporary job where she would be cleaning up a local arena, which was where Tamago first saw a live wrestling show. Watching the show would bring Tamago nostalgia of her old comic and would bring her joy as she watched the wrestlers pull of risky stunts one after the other.  After Tamago's temp job was up she would be offered a part time job in the same arena, Tamago would use the extra money to be trained in wrestling, not wanting to be stuck in a mundane and non thrilling job. Through hard training Tamago would eventually be ready to wrestle in matches and would work as both a wrestler and employee of the Arena for a year, before then becoming a full time wrestler.

While wrestling in Japan Tamago would have some trouble developing a personality that stuck out, being too tame and somewhat reserved to stick out. During this time Tamago would refer back to the comics her friend and herself made in art school and would try to recreate the character in her own ring presence, although despite Tamago's desires to she never did end up with a garage filled with motorcycles. Upon reaching the age of 21 Tamago would be sent to Britain to learn a different wrestling style, which was a deal between her promotion and a few English ones where they would swap talent. Through her basic English lessons beforehand in Japan and her time in the UK Tamago has developed an accurate and impressive grasp of the English language, finding a surprising talent for learning languages as an adult. Tamago would wrestle in the UK for 3 more years bouncing between different promotions between finding a comfortable place in one when she teamed up with a wrestler who had a similar style to her own, before both wrestlers became allies with Gemma Styx and formed a very stylish and creative stable that would eventually be signed for competition within the AFW.

Tamago is a very creative and somewhat reserved individual, she tends to speak more with actions, art and clothing. Tamago is always looking towards development and will rarely if ever get stuck in the same style, constantly evolving although she never strays too far from her original style. She also tends to seek thrill and danger in life, being very unsatisfied with the mundane, both in the ring and out the ring she will pursue the most interesting paths rather than what is the safest or smartest. Inside and outside the ring Tamago's personality has a slight shift, due to her reliance on her past comic Tamago has managed to create an air of intensity and toughness inside the ring that she genuinely doesn't have outside the ring. Despite Tamago's unwavering opinions she is actually quite understanding of other perspectives, she may not agree with others but she will hear them out and understand and distaste that people have for her lifestyle or choices, this also leads to her being far less upset by people belittling the stables work and message than her partners are.

Tamago is quite an artistic person in general just like her partners, and although she may initially not seem as showy her risk seeking and thrill giving style lead to her seeming somewhat cinematic in nature. Plus Tagamo is always up to entertain and will switch between the occasional power move, recklessly throwing herself towards opponent's and smother holds to show of both her own dominance and create an exciting experience. Tamago is a bit excessive in nature, always trying to take things a step further, this can be seen in the ring when she does increasingly unbelievably dangerous moves and outside the ring where she blasts through creating many pages of her personal comics and giving her own and sometimes her friend's motorcycles custom pain jobs, although her own tend to be a blank canvas filled with whatever chaotic images came into Tamago's mind when she had her paints nearby. Tamago is willing to accept a challenge anytime, in wrestling, making someones paint job come to life or basically anything she doesn't consider herself incompetent at.

Tamago only has one strategic goal, go full steam ahead and deal as much damage as possible. Tamago herself can take lots of hits so she abuses this strength to it's maximum potential as well as her speed to fling herself towards the opponent in as many ways as possible, keeping the opponent on their feet and trying not to give them a chance to take control. Tamago unlike Gemma doesn't appear to be quite a showy, but a few humiliating moves and the fact that Tamago has made a whole new personality for herself inside the ring is Tamago's way of highlighting her creativity. Tamago surprisingly can be quite unpredictable in the ring, sure she will likely always run in without hesitation, but she has found quite a few ways to trick the opponent, lure them into danger through misinformation, or use her flexibility and creativity to keep the opponent guessing which part of the body the attack will come from.

Tactics: 6/10 - " It's important to know when to charge the opponent, how to do it and when to stay on the defensive, that's about the only thought that I put in though."
Strength: 6/10 - " Strength is vital for any wrestler, even if you aren't a powerhouse you need to be able to control your opponent's movements which is much easier to do through strength than it is technique.
Speed: 7/10 - " Slow paced matches are boring, it's important to improve your nimbleness if you want to thrive in the ring"
Sexuality: 3/10 - " I'll admit, I didn't get much time to practice"
High flying: 6/10 - " I get bored if I can't up the stakes a little bit with my moves, afterall the whole reason I fell in love with wrestling was the risk and rewards involved in such moves."
Charisma: 6/10 - " I can get my point across no problem, I don't really like manipulating people though so I tend to be as straight forward as possible."
Technique:  2/10 - " This is definitely my weak point, I prefer more straight forward and hard hitting action rather than rolling around on the mat. "
Endurance: 8/10 - " The more hits I can take the longer I can go on, a tough body is essential to a successful match."