Wrestling Style
A relatively tall woman, Alisa tends to try and use her height to her advantage, using what strength she can to throw them around as well as land critical strikes on their body, aiming to hurt them as much as possible with each hit and wear them down over time.

Signature
Headscissors w/ Head Slams: Wrapping her thick thighs around her opponent's head and neck, Alisa will try to squeeze the life out of her foe, even going so far as to turn over onto her front mid-submission and slam their face repeatedly into the mat before continuing. (Video for reference.)

Diamond Death Drop: Getting behind her opponent, Alisa will pull their head backwards and trap them underneath her arm for a dragon sleeper, squeezing for a few seconds before dropping down to the floor, slamming them straight down onto the back of their head for a Diamond Death Drop. (Video for reference) 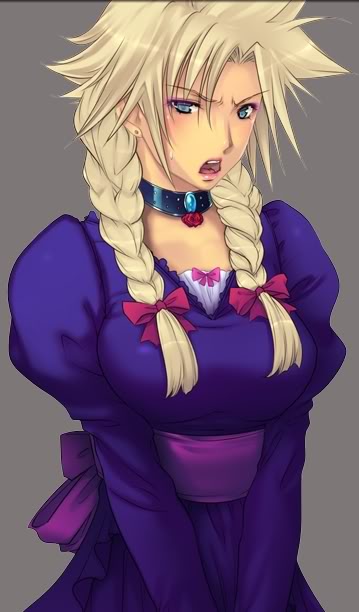 Personality
Alisa sees herself as a queen, with all other's being nothing more then pawns that should bow to her. Growing up getting everything she wanted, she has no worries in beating down someone until they pledge allegiance to her if they refuse, and she doesn't have any interests in holding back, whoever you are.

In the ring Alisa will wear one of her many tight dresses that come in a large array of colours along with thigh-high stockings and expensive shoes. Also on her neck she wears a silver choker that she wears for good luck.

Backstory
Daughter to a large royal family in Britain, from day one Alisa was raised with the intentions that she could have whatever she wanted. Growing up surrounded by a plethora of servant's willing to do whatever she needed, she was the definition of a spoilt brat and was always getting her way. At around 18 years of age, Alisa found one of her servants sneaking through her draws behind her back, and in a fit of rage she beat the man relentlessly, going as far as to send him to the hospital with the amount of hurt she put into him. Something about that day sent chills down her spine, deep down she loved getting to destroy that guy, and she wanted more of it. Eventually she found out about the world of professional wrestling and instantly she wanted to be involved with it. After getting a private ring built at her house, she found some of the best trainers she could to turn her into a pro and would practice every day, even forcing servant's into the ring with her that she could try her new moves on. Eventually after a few years she learnt about the upcoming AFW in Japan, and within a month she found herself on a plane, eager to get her start in the company and force people to bow to their rightful "Queen".