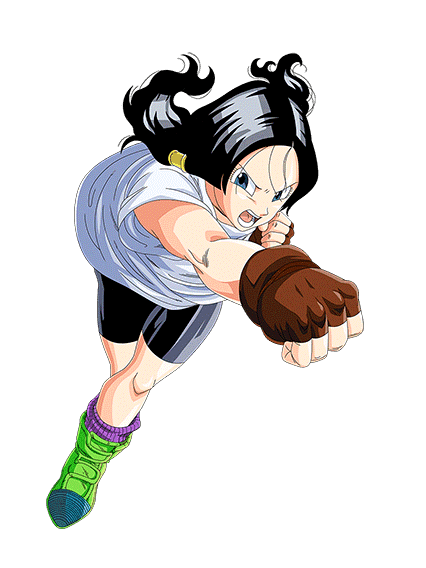 Combat Style - Sometimes described as a hyper active brawler, Videle combines very basic wrestling holds with a relentless strike based offense that's becoming more crisp and precise over time as she continues to gain experience in the ring. Still, for the most part Videle relies on the "whatever works" nature of a street fighter.

Videle isn't the strongest, fastest or most technically skilled wrestler on the roster by a considerable margin. She's also fairly inexperienced, with only about a year and a half in the wrestling business and she's only been seriously training for half that time. What sets Videle apart from most rookies, however, is her refusal to give up and a willingness to absorb punishment in order to bring the fight to her opponent. She becomes more aggressive the further she's pushed and reacts to stress by putting her body on the line.

In short, very much the Rocky Balboa school of fighting.

*********
Tenkaichi Rush - A brief, rapid fire flurry of offense in the form of punches, knees and elbows delivered when her opponent is trapped against the ropes or two weary to properly defend themselves. 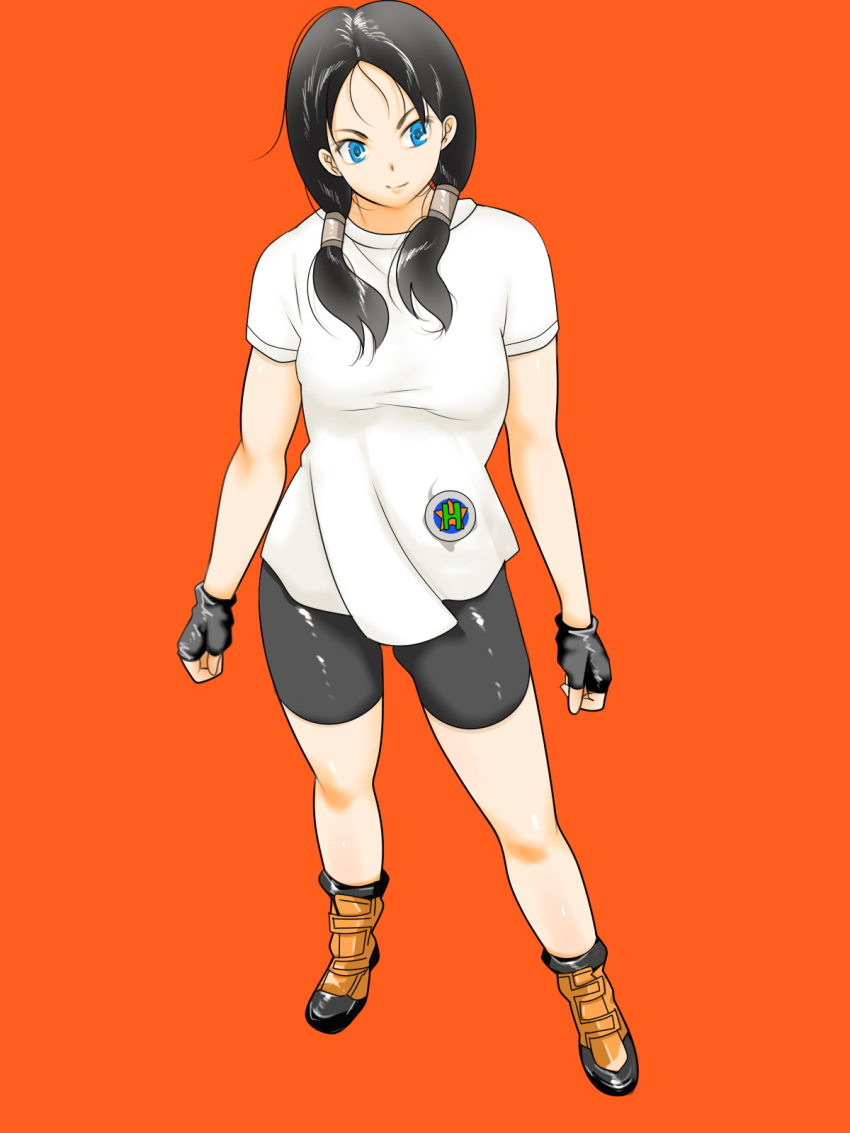 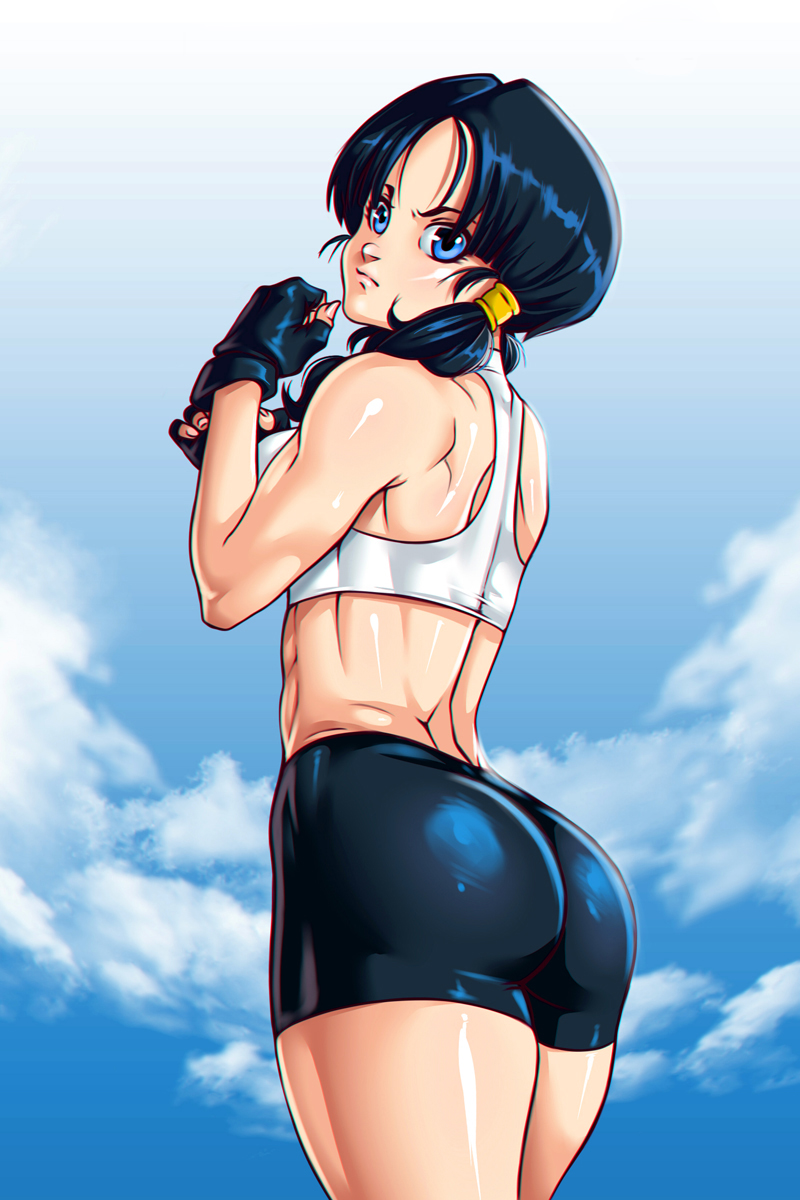 ********
Personality - Videle is, in a word, exhausting. At a glance, she comes across as a potent mix of the obsessive, * gotta give it a hundred and ten percent* athlete and the relentless positivity and optimism of a motivational guru. While she can come across as annoying and occasionally unbearable, Videle's sincerity keeps her grounded.
Of course, there is another reason for her world view. It helps her cope with her own tendencies towards depression, self destructive behavior and sometimes explosive temper.

Biography - One of two daughters born of a Romanian father and Japanese mother, Videle Diavola spent the first half of her life in Europe before moving to Tokyo following her father's death.

Videle wasn't exactly a fan of wrestling. She was much more concerned with other, more respectable sports, which she took great pride in and had all the makings of a decent athlete.

It was her big sister, Ayu "The Thunderbird", a ring-name gained in Mexico where she trained and got her start, who returned to Japan with a great many hopes on her shoulders. She had it all, athleticism, strength, charisma... but the business could be unspeakably cruel, especially at the Indy level. A shoddy ring rope snapped and sent Ayu tumbling out of the ring, while working for a smaller promotion, severely fracturing her right leg. The accident came only days before she was contacted by AFW, but by the time her injury healed, the promotion had already filled the spot they'd reserved for her. Videle tried in vain to help her big sis be optimistic, but she could tell Ayu was crushed.

Still, relentlessly positive, even then, she convinced her sister not to give up. Ayu agreed, traveling the Indy circuit to make a living while awaiting her next big break.

Then came the phone call...and a desperate rush to the hospital. That night, Videle learned that her sister had broken her neck, largely do to a careless opponent. She would likely be paralyzed from the neck down. Videle was heart broken, knowing that she had been the one to encourage her sister to preserver. Treatment would be long and expensive. So when the Indy promoter Ayu had been working for refused to pay, because the match ended early, Videle was furious.

Despite her impassioned pleas, the promoter refused to pay. Instead he offered another option, Videle would take her sister's place on the roster. Desperate for the money, her family already in dire straights and soon to be buried in hospital bills, she agreed, though she had no prior training.

The experience was... painful. Videle was beaten down in short order and pinned. The process repeated itself whenever the promotion ran a show, with Videle falling into the role of cute jobber girl through her sheer inability to defend herself in the ring. Her determination and looks earned no small amount of fans and her matches got longer and longer as she learned to fight, if only to protect herself on some level. After several months she was beginning to find her stride, and the money wasn't bad. Unfortunately, Ayu's condition worsened.

The turning point came on a night Videle had been booked for two matches in one night. The first match went about as expected, another loss for Videle, though this time only after a commendable fight. She'd felt pretty good about herself until she got back to the locker room and found her smartphone slammed with missed calls and text messages.

A girl with cold dead eyes and no expression stumbled out of the locker room. She should have bolted for the door, run for the car and drove as fast as she could to be with the rest of her family. She should have raged or burst into tears. In that moment, however, she felt nothing, utterly numb. Like a zombie she walked out and entered the ring. She'd been signed up for a handicap match against a pair of heels.

"Ready to get your ass kicked again, girl? " One of them said.

"Not again. Never. Again. " Videle coldly replied. She would never be able to remember what happened next. They hurt her. They beat her, but they couldn't keep her down. She just kept coming back, using everything she'd learned both training and in the ring. She fought like a woman possessed, and got her first win. Bloody and bruised, she told the promoter she was done with wrestling and left. She was halfway to her car when the tears came.

Weeks after the funeral, Videle was going through the last of her sister's things. She came across an old black and white notebook that Ayu had used when they were little. The title read, "Thundar Bird!" in bold, multi-colored magic marker. Inside, childish little drawings of a masked girl in a colorful outfits of red and orange and yellow filled the pages. Tears stung Videle's eyes as she turned the pages, finding innocent imaginings of cool wrestling outfits, finishing moves and even pages of funny, though miss spelled, catch phrases.

It was the last page that gave her pause. The writing was newer, perhaps only a year or so old. Ayu had written it just after her first injury.

"Thanks sis, I'll never give up!" It said, and beside the words a quick doodle of two girls holding up a pair of championship belts.

*******
Videle's mother wasn't happy, to say the least, with her daughters decision to return to the wrestling business, but Videle's mind was made up. Part of it was her desire to live out some small facet of her sisters dream, but more then that, Videle realized along the way that she was a fighter. Not a natural like Ayu, not some great prospect, but a fighter all the same, and all that she'd gone through was just beginning to pay off. She couldn't let go now.