» Yae Mochizuki vs. Kozue Kaburagi - Twin Shadows
by Berial Today at 5:24 am

Shaking Off The Rust [Spar]

Shaking Off The Rust [Spar]

Time: One Week Before Debut

Lucy (Girl on the left): 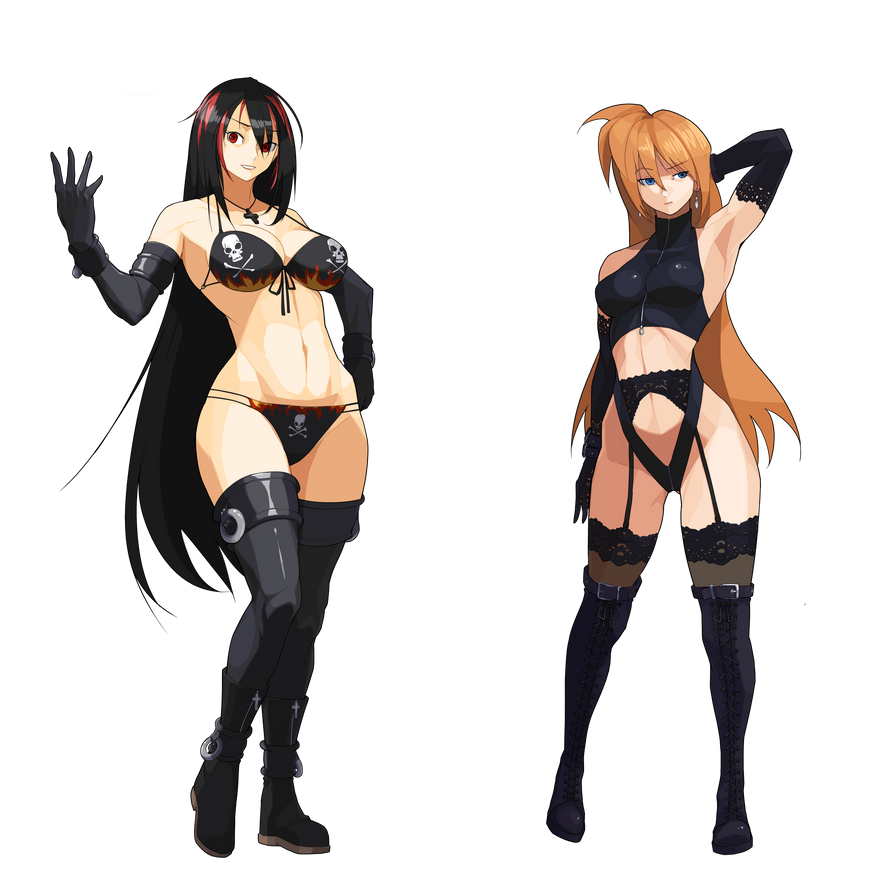 After training with Ayame, Lucy knew she was going to need considerably more training to be able to stand a chance in the ring here at AFW. Back home she had been the main attraction, and was used to beating girls around as she was alpha female. Here though she seemed to be way out of her depth. Many, many girls seemed higher up the pecking order. Her parents had warned her about the AFW attracting the best in the world, and that if she wanted to do well she was going to have to push herself further than she had ever gone before.

So maybe that is how Lucy had found herself back at the AFW gym once more. It seemed that Ayame had left an impression on her and she was secretly hoping that when she got inside she would see the striker woman there, if only to get another chance to punch her squarely in the face. Entering the gym she glanced around and noticing two things: firstly, no Ayame, unfortunately, the place was deserted, only a few girls were around. Secondly, the gym was hot. Entering through the door she could feel the wave of heat hit her. A note had been stuck onto the door with sticky tape, announcing to the world that the air conditioning had gone bust and that it would be ‘soon as’. So now she was going to sweat to death. On the plus side the sweat would make her lose more weight, and it would also put a real strain on her endurance.

Eager to make sure that the newly found heat didn’t drag her down, Lucy started with her mothers first rule of exercise; always start with cardio. Climbing onto the treadmill, Lucy began her usual jogging routine, but this time her pace and speed were nowhere near their normal levels. It seemed as if the sweat was really starting to work her down. Getting off the treadmill Lucy pulled out a towel from her gym bag and padded her face down, ignoring the huge damp sweat patches on her sports bra and shorts. Moving her eyes around the place, Lucy wasn’t exactly sure where to go next. She would mind doing some exercises in the ring, but then again the punchbag was trying to call out her name.

Despite her urge to go punch the bag into a certain doom, she knew she still needed to shake off the rust off her ring skills. Ayame had most certainly highlighted that during their spar/brawl last week. The several month vacation she had taken during her move half way round the world, had most certainly blunted her blades so to speak. Walking over to the ring, she dropped her gym bag next to the one corner and walked up into the ring, climbing over the top rope with a smirk. Once she was In she would pat her head and chest down one more time, before tossing the towel into the ring corner. She could use that later. With her towel now down, Lucy began the process of rolling around the ring, focusing on making sure she could recover from the roll quickly, though the humidity in the room was disorientating when you were moving at high speed.

After the rugged workout on the rolls, Lucy had once more found herself in the corner again towel in hand. Most people had no left the gym, the few girls who had tried to stay in there had now retreated for a cold shower most likely, leaving Lucy almost alone save a couple of other girls. Lucy would just climb the ropes and sit atop the turnbuckle, padding herself down with the towel. This was going to be an extremely long and challenging training session, thought if no one came along and spared, or offered to train with her, she might call it a day too. This sort of heat could drain the life and energy out of you very quickly.
_________________
Characters:
Lucy Kage