Strategy: "Initiate scanning matrix to analyze my enemies for exploitable weaknesses. After that, I cannot lose."

Preferred Matches: "Nothing is beyond my capability."

Endurance: **** Despite her size and lightweight frame, M1-Ko is surprisingly durable. She attributes it to various made-up alloys.
Strength: * As tough as she is, M1-Ko is not strong. At all.
Speed: ** Being so lightweight means she can naturally move quickly, but M1-Ko hasn't cultivated this at all.
Defense: * "I have no need for defense. My ultranium frame and shielding systems are impenetrable."
Technique: * M1-Ko learned how to fight from watching anime. That should say enough.

Plasma Magnesis Proton Buster!: A simple dropkick from the top of the turnbuckle. 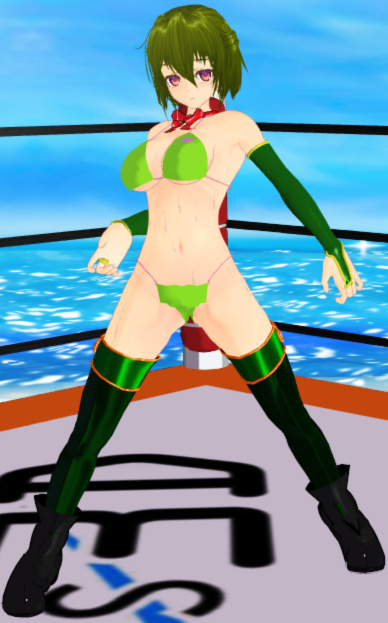 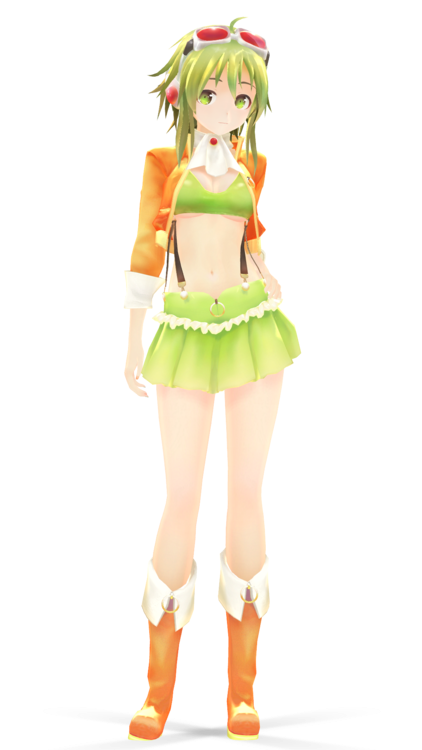 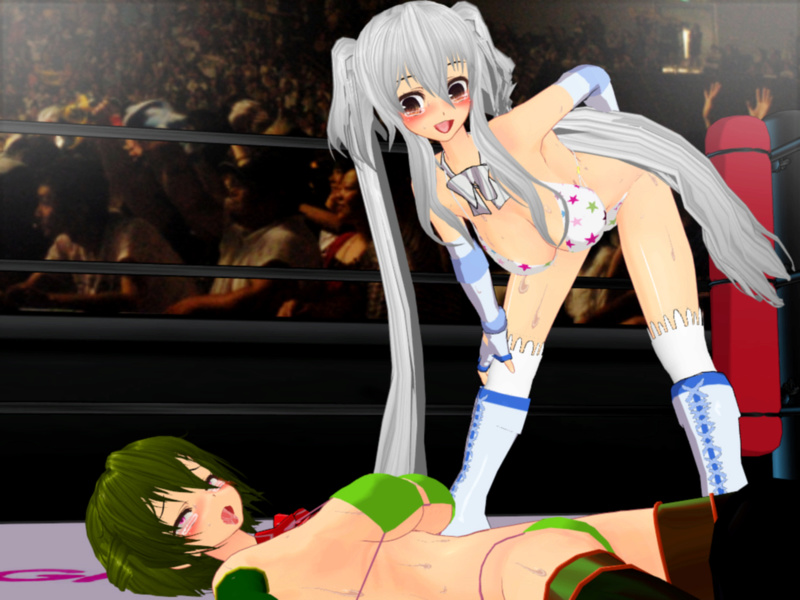 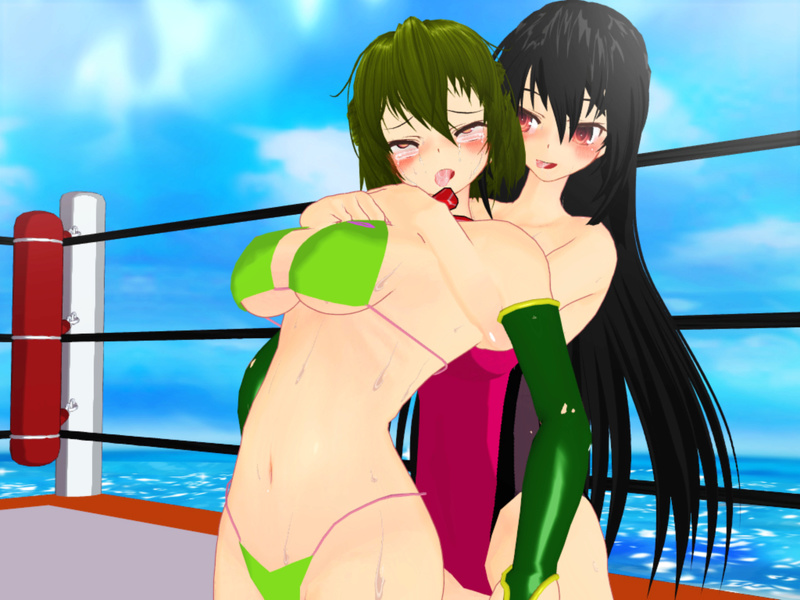 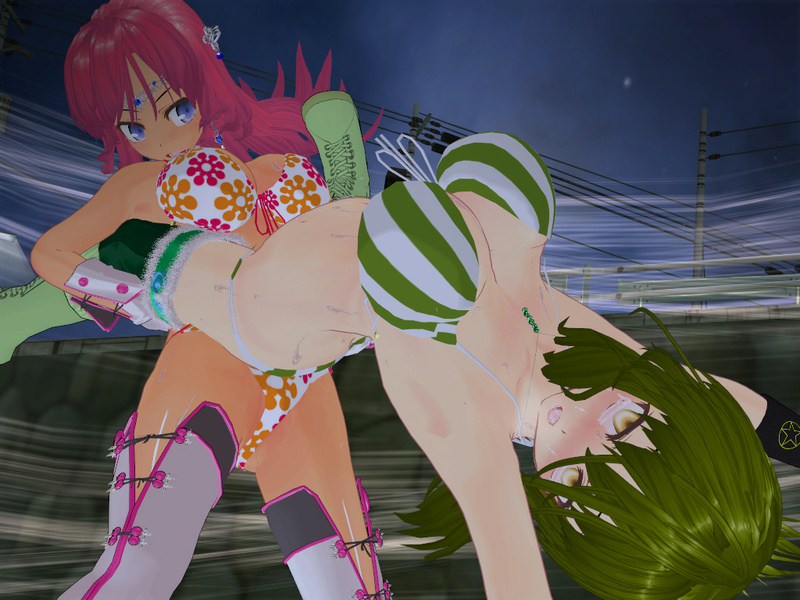 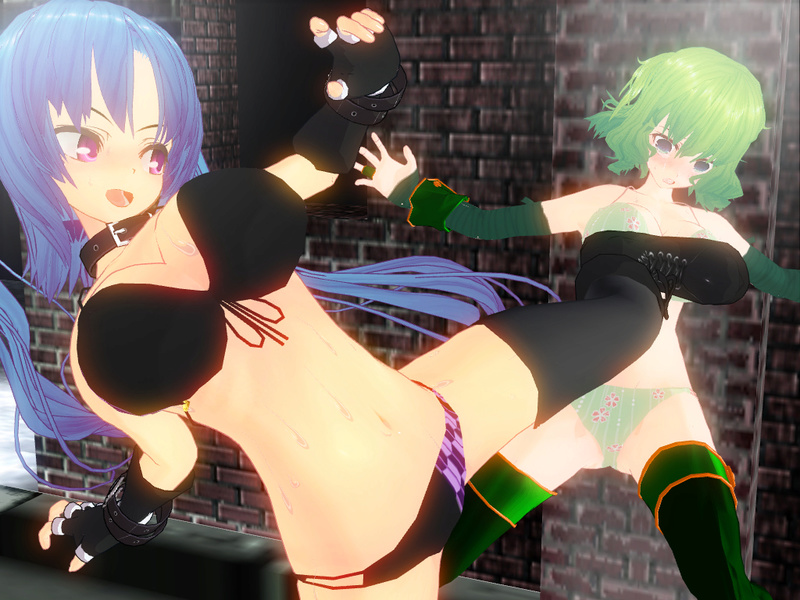 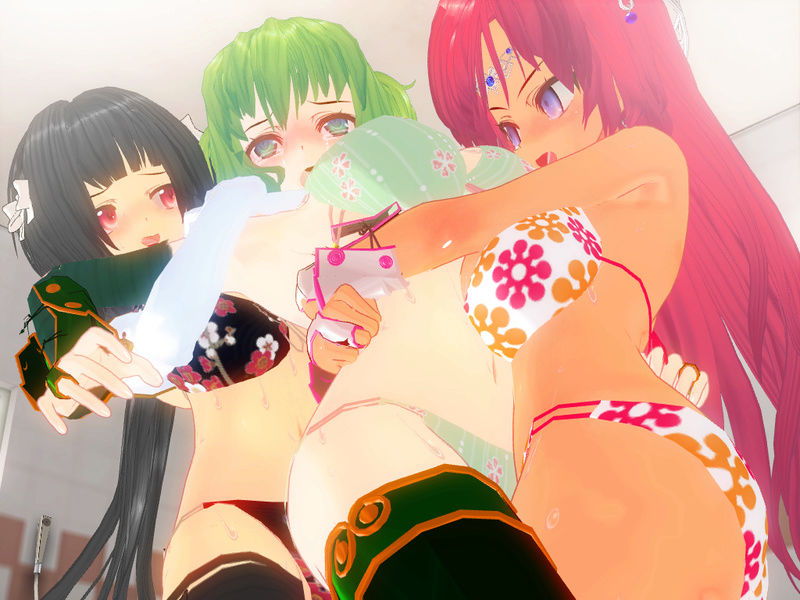 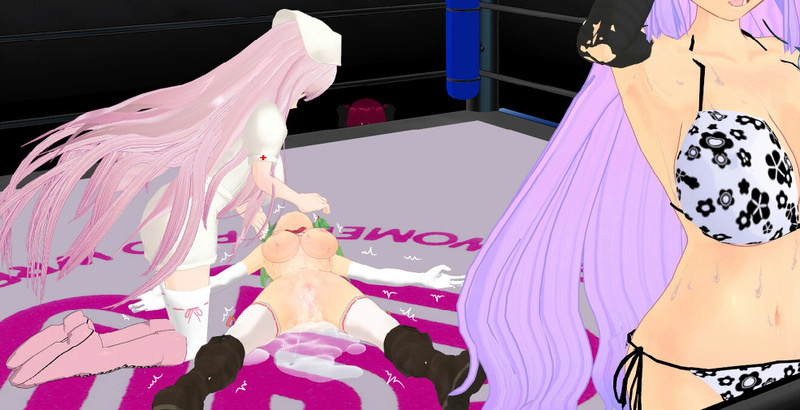 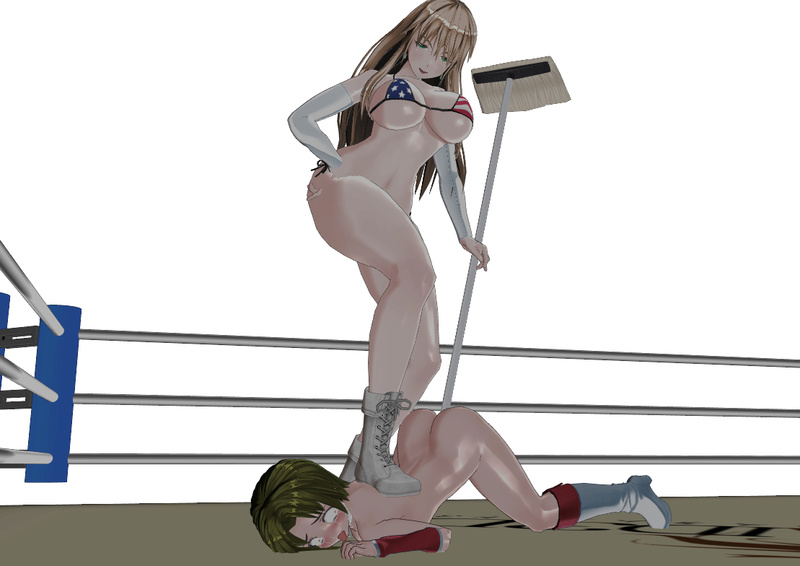 A photo from her modelling days:

Another wrestler sizes M1-Ko up...:

Personality:
Michiko (or M1-Ko, as she prefers it to be written), is nothing if not odd. The most easily noticeable facet of her personality is her cold, calculating attitude, an almost deliberate duplication of the kuudere archetype. However, upon further inspection, Michiko is more eccentric and even energetic than many people in her company. She puts on the persona of being an advanced android, and whether or not she actually believes this is difficult to discern. She is easily sidetracked, and secretly quite perverted, which, in combination with her deeply hidden masochism, can make her somewhat of an unnerving opponent to face. Although she tries to maintain her cold demeanor for as long as possible, she is not actually a machine, and will eventually break down psychologically.

Michiko's relationships with others also tend to be a bit on the strange side. She is slow to let people have any meaningful part in her life, but once you become a factor for her, friend or foe, she becomes very attached. Though not socially active, she can be clingy to those she knows, and if she is in a period of her life that is scarce on friends, she will be just as attached to her enemies (a trait that has proven less than healthy for her in the AFW).

Kanezawa Michiko was born to a struggling lower-middle class family with little hope for her future. Her father's repeated job loss and resulting alcoholism tore into her home life, and her mother became increasingly reticent as a response. Michiko instead fell in love with computers, which she saw as the incarnation of perfection, free from the emotional turmoil that tore her family apart. She didn't resent her father for his repeated failures, but instead sought to overcome his weaknesses in her own life, and hopefully make him proud.

Unfortunately, her reclusion during her early life stunted her socially, and she became continually stranger as a result. She investigated the world of cybernetic body-mods (though she made very few on herself), and preferred the company of machines to people. Though she wasn't much of an athlete, she did maintain her figure as an attempt at striking a more perfect image (and to make her parents proud), and when she was 17, Michiko was offered a modelling contract. The deal was not long-term, however, and soon she had to find new work. After overhearing some coworkers mention the number of models that were accepted as wrestlers at AFW without question, and began work on creating a new identity for herself. One year later, she emerged as M1-Ko, the combat android ready to tear through the AFW with the precision of a machine... or so she claims.

-From a young age, Michiko has been diagnosed with somewhat severe ADD, though she rarely takes her medication. This can leave her a bit scatter-brained during her matches.
-Though it is buried deep within her psyche, Michiko is somewhat masochistic. While it's not enough for her to enjoy the beatings she receives, it does keep her coming back for more.
-She doesn't openly identify as anything, but Michiko is closest to being pansexual on the spectrum. She is also slightly more autosexual than most (but only slightly).
-Even though she didn't add anything noticeable, Michiko does have a handful of electronic body modifications in her wrists and neck. She can turn on her computer remotely, and access her favorite social media on her phone with a flick of her wrist.
-M1-Ko hates when people read her name as "Mi-ko" or "Miko." You won't be able to tell she hates it, but she does. 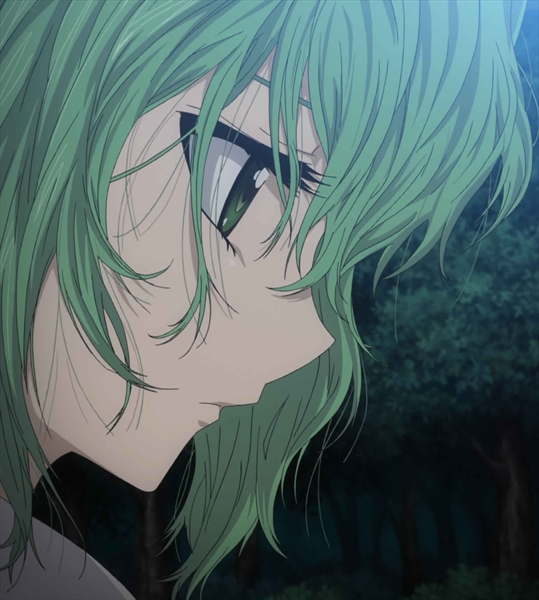