Strategy:
Style: Using her amazing speed and size, Silver dashes around the ring and bulldozing through opponents with her strength. She is also a brawler, utilizing powerful punches, kicks, and throws instead of submission holds.
Preferred Attacks: Punches, Kicks, Throws, Piledrivers, Suplexes, Bearhugs
Preferred Matches: None
Stats

Finishing Moves
"All Aboard!"-Silver picks up her tired foe and places them on her shoulders. She would then run around the ring in a circle a few times before performing a jumping powerbomb in the middle of the ring.

"Full Steam Ahead!"-With her opponent stunned any where around the ring, Silver will set herself up on the opposite side of her opponent before breaking out into a full speed dash and knock her opponent down with full force. This finisher can be used in succession of "All Aboard" and Silver will do this multiple times until her opponent is knocked out.

"Torque Tune Up!"-Silver traps her opponent in an abdominal stretch and grab her opponent's belly before twisting it, keeping it up until her opponent taps out.

"End of The Line."-After stunning her opponent, Silver will grab them by their arm and whip them to the ropes with enough force to bounce them back. Silver will then follow up with a clothesline to their head, but quickly snake her arms around their head for a powerful sleeperhold, keeping it locked on until they submit or pass out.

“Limiter Removal! Overdrive Beatdown!”-Silver’s most deadliest finisher. She only uses this when she’s brimming with anger or absolutely determined to win. Gathering up the rest of her energy, Silver launches a full scale assault, not giving a care for her safety what so ever. She will dash around the ring, bulldozing over her opponent repeatedly before launching a frenzy of punches and kicks, whips and throws. Once she gets her opponent to the ground, she straddles her and starts pounding on them with her fists until they surrender or passes out. While she’s in her Overdrive-Mode, Silver will always get back up to her feet and if ever trapped in holds, Silver is willing to dislocate or break her arms and legs to get out in order to achieve victory. 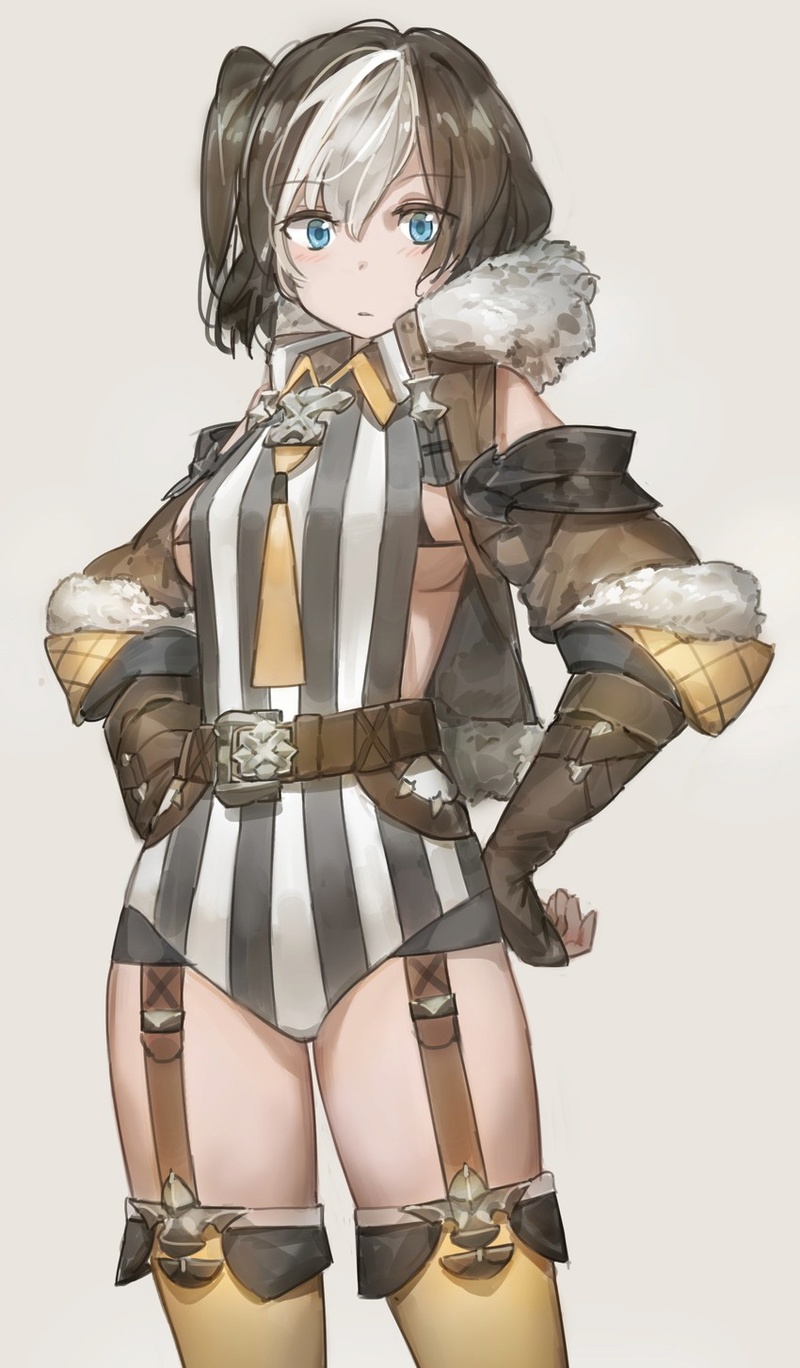 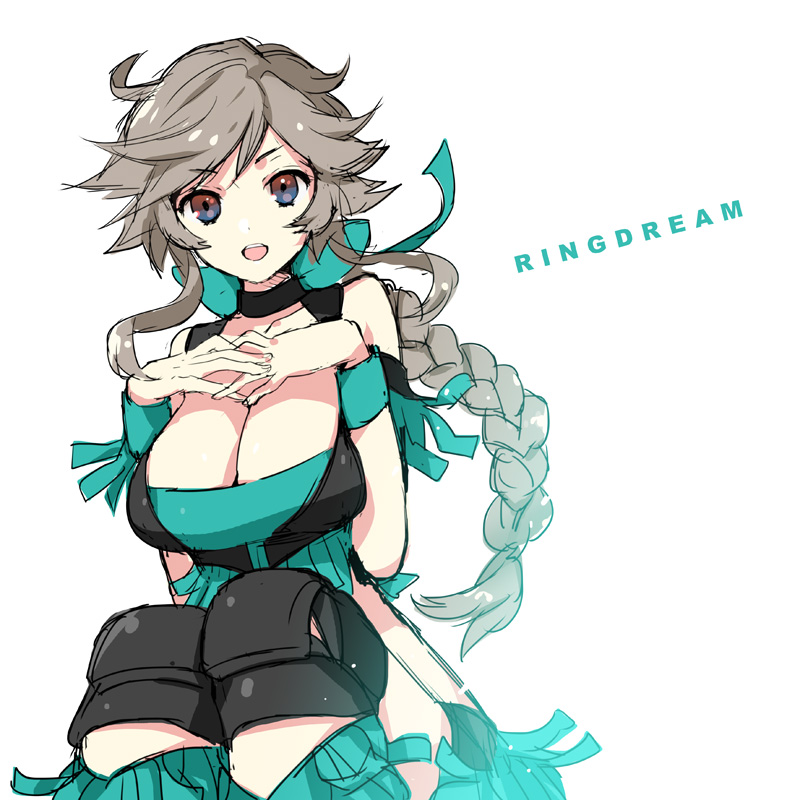 Forced to cosplay and is now one of her attires: 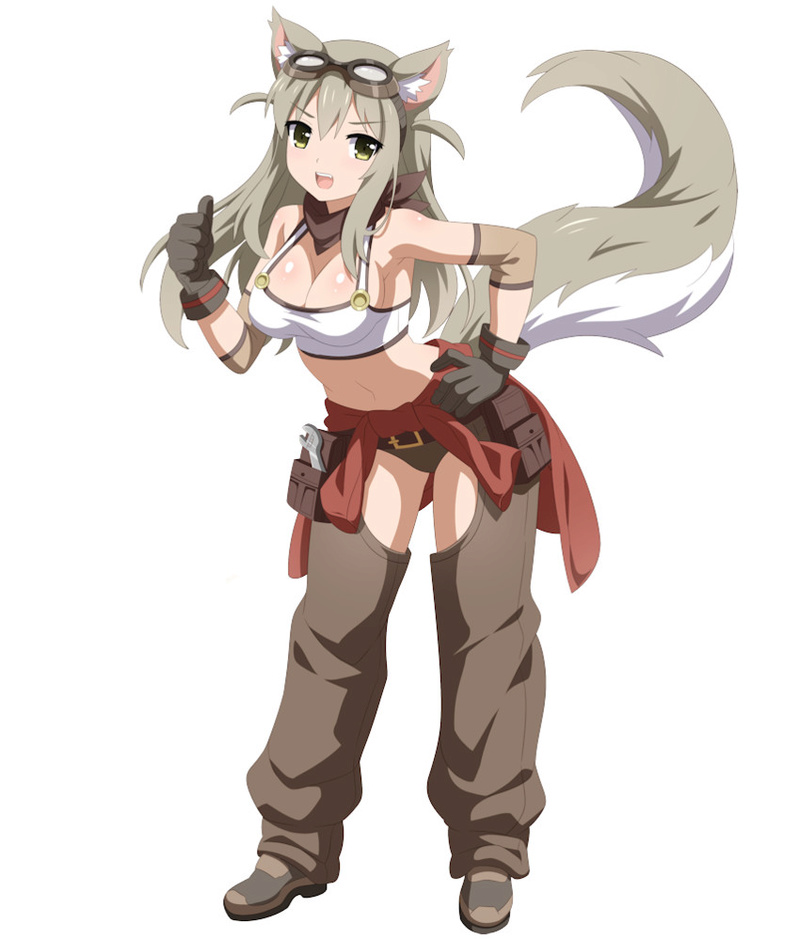 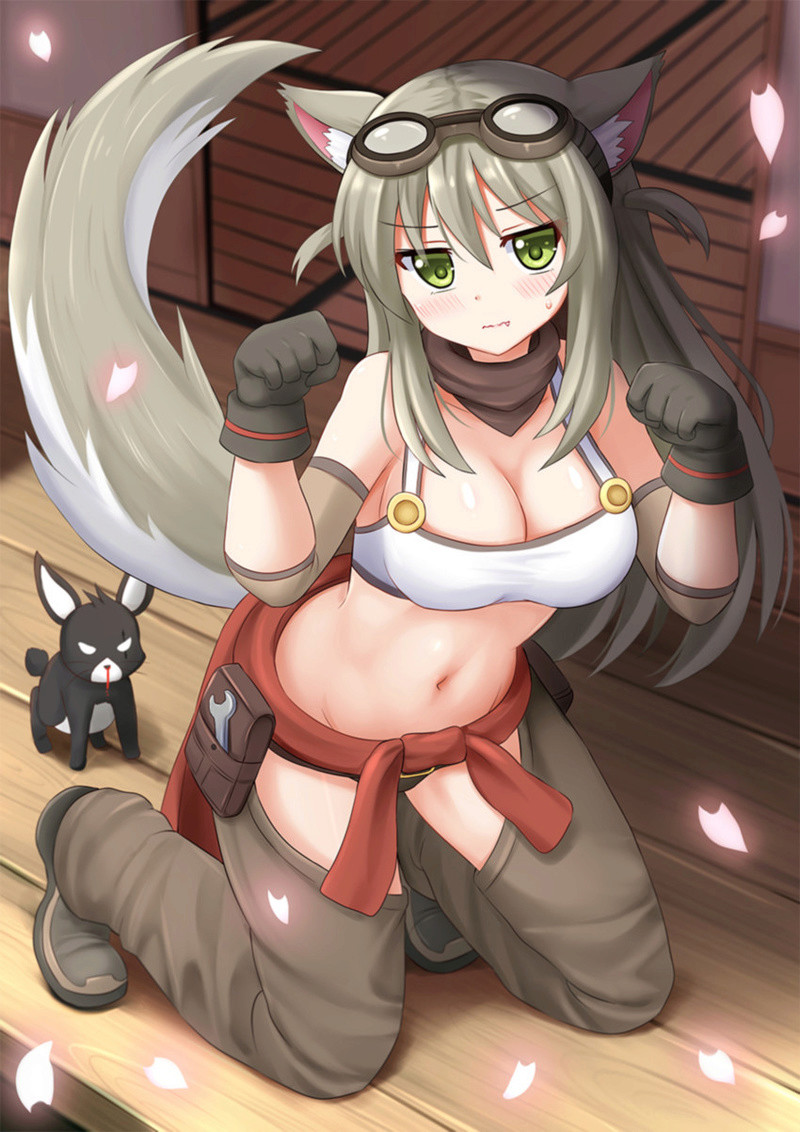 Personality:
Silver is normally described to be like a robot. Almost never showing any emotions, she is always 100% focus on a task. When sets her mind to something, she will stop at nothing to achieve it. That tenacity of hers is also a flaw in her personality as she disregards safety and is reckless, willing to hurt and injure herself or others to achieve her goal. While that seems like a heel-point, Silver never means to hurt anyone on purpose.

Past/History:
Silver grew up in Ontario, Canada to a family of mechanics. She lived in a small boring town, living what a stranger would assume a boring life. But contradicting to popular assumptions, Silver was pretty content with her life. Everyone in the town knew each other, and treated one another like family. It was the best place ever.
Throughout her entire life, Silver always worked with machinery; whether it was helping out with the family’s shop or tinkering and creating strange, creative inventions. She had a gift for machines and actually won regional and national robotic competitions. But her happy little life would be swept away before she knew it.
When she was attending university to become an engineer, she received a letter from her family that the family’s business was going out of business. Her family owned a small franchise of auto-shops and it was apparently being bought out by a bigger company. Determined to protect her home, Silver dropped out of school and desperately searched for a job that payed extremely well. That was when she discovered AFW, a famous wrestling company that had extremely good pay.
Using the money she had, Silver bought a plane ticket to Japan and immediately applied for a position. There was no open positions at the time but Silver was determined to get a job there. After a squabble, almost resulting in her being thrown out, someone offered Silver a contract. The person who offered her the contract explained despite the emotionless face she had worn the entire time, she showed determination and passion with her eyes, and he was willing to invest in that. Now Silver is a wrestler sending all her earning back home to help her family and their business.
Fun Fact:
-Silver worked at an auto shop her whole life. It was there that Silver built up her amazing strength and endurance. She is strong enough to lift the backside of a small car with both her hands for a short amount of time.
-She’s created her own pet bird she named Engine.
-Her favourite show as a kid was Thomas the Tank Engine and she still enjoys watching it from time to time.
Relationships: