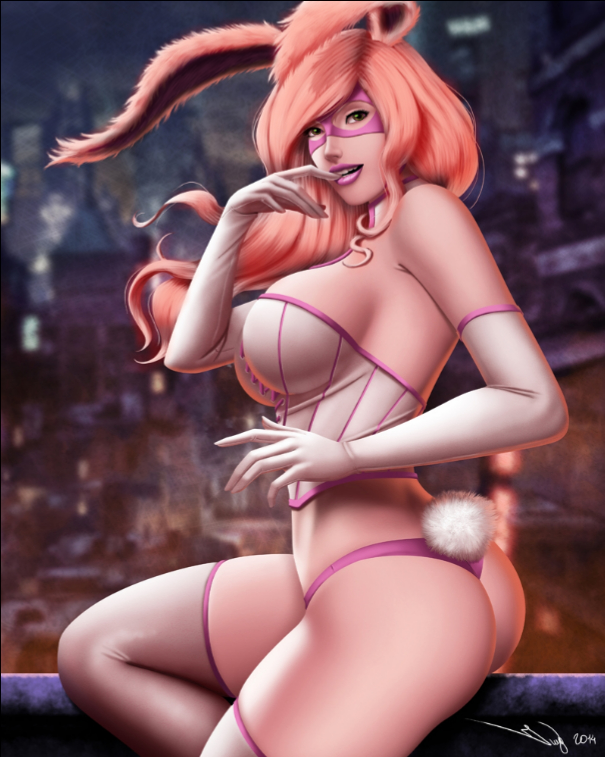 Wrestling Information
Strategy: Trinity prefers to use quick strikes and slick counters, mostly to sap the opponent's energy before she will go in for the kill. She's always cute and bubbly but does have a mean streak to those that she hates, using her cute demeanour and playful taunting to humiliate her opponents. Trinity will also try to beat you mentally, making her opponents beat themselves.
Style: Her style is quite experimental, flashy and melodramatic pro wrestling throws, slams and fluid strikes.
Preferred Attacks: Headscissors, Camel Clutch, Kicks, Sleepers, Armbar
Preferred Matches: Regular Pro Style, (Kick/Foxy/Bare) Boxing, Oil-Wrestling and even Hentai.

Endurance: 9/10 - Trinity comes from a dance and gymnastics background and has a lot of durability. She can keep up her fast pace for a long time so if you can't keep up with her, you're in for a whole lot of trouble. Trinity heavily relies on her flexibility to to resist submissions instead of strength... Though that does not help her in fighting terms.
Strength: 6/10 - She maybe athletic, but she is still a little girl so don't expect to see her lift anyone way heavier than her. She ain't no Supergirl.
Defense: 5/10 - Trinity definitely isn't some roided up, juiced to the gills muscle woman so she can get bullied by those bigger and stronger than her. That being said, she relies on her counters and parries to get an edge on her opponent.
Speed: 9/10 - Definitely fast. She can use her teflon like elusiveness, speed and small size to manuver around her opponents. As stated before, you better hope you could keep up with her or she'll run circles around you.
Technique: 8/10 - Trinity doesn't fight hard, she fights smart. She's no scholar but she has picked up many things from many different styles along the way, giving her a more varied fighting style tailored for her.
Hentai 8/10 - She fucks like a rabbit and has the stamina to keep on going. Though of course, there is so many times she could cum till she has to stop.

Down The Rabbit Hole - Scissor Leg Takedown into Heel Hook

Appearance: Trinity is a small but fit woman, all smiles and oozing in sexuality. At 5'6" 120lbs, she's not the strongest, but don't let her size fool you. She always wears a red rabbit mask, a black small crop top that barely covers her chest, showing the underside of her boobs and a black thong, both connected via red suspenders. Mostly barefooted but will wear heels when outside. 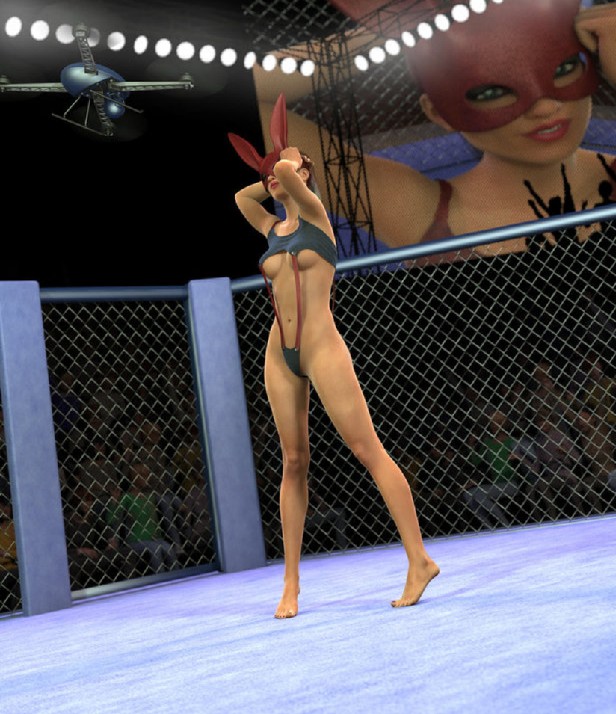 Personality: Cute and bubbly, Trinity is a great person to be around with. In the ring, she knows how to get the crowd hyped up and will always work to put on a great show to the fans. That had came from working as a dancer and as a performer all these years, giving her lots of confidence. Even when she trash talks, it comes out as playful, sensual and teasing. She's just looking to have a good time. As stated before, she does have a mean streak and will make you pay if you fuck with her too much. Basically, don't test her.

Past/History: Tiffany was born in Birmingham, AL and is the youngest sibling in her family. She would have been the girl her mother would have wanted, getting into ballet and gymnastics at a young age, the eldest sibling was a bit of a rebel and getting into scraps. It was always inevitable that her older sister would get her into wrestling and fighting after she defended Tiffany from a couple of bullies and the two would wrestle and spar with each other.

Tiffany still kept doing dance and performing arts, mostly to make her mother proud, and she ended up being a professional dancer, being in a couple of music videos and even toured with one of the largest theatrical producers in the world. Even as she performs to the world, her hunger for fighting still lingers and into underground fights to satiate it when she isn't performing. Wanting to hide her identity, she dons the rabbit mask and going by the name 'Trinity', she has made a name for herself in the ring, winning a lot more often than not.

After her tour ended, she resides in California, although a bit bored and not much to do other than training. It was after she stumbled on some internet videos from the AFW that she decides to join up, looking for another adventure. Trinity can't wait to perform in the ring once again.

Fun Facts!
- Tiffany has an older sister, the one that got her into fighting in the first place. She's in another Wrestling Federation back in the US of A
-Her original hair colour is brunette, but dyed her hair burgundy.
-She loves rabbits, having been brought up in a farm and tending to them so if you want to get in her good books, bring one XD
-Easter is her favorite holiday.
-She doesn't like wrestlers who copy the signature/special moves of others. She feels that those who do so lacks creativity and fail to express themselves. She will go harder on those types of wrestlers. As she would say, "You can copy my moves, but you can't copy my mind!" 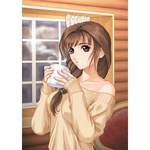