Kasura' The Queen of Beasts ' Rine

Kasura' The Queen of Beasts ' Rine 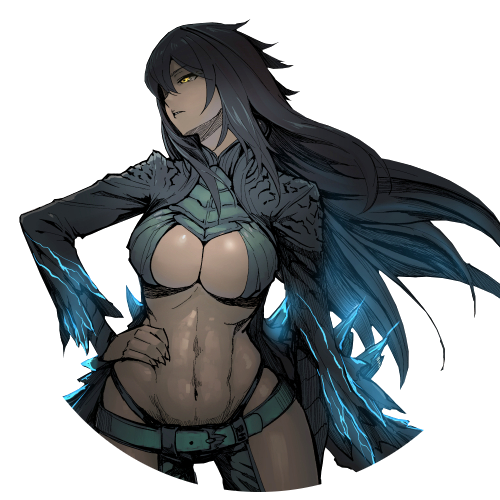 ▌Full Name: Kasura Rine
▌Titles | Alias: Queen of Beasts
▌Age: 37
▌Species: Human
▌Gender: Female
▌Hair Color: Black
▌Height: 6'4
▌Weight: 197
▌Eye Color: Yellow
▌Birth Place: Egypt
▌Occupation: Fighter
▌Alignment: Lawful Heel
▌Battle Theme: Airship ( Metal Remix )
▌Personality:A rather strict one though that has been developed through years of being in the military, being stern in and out of the ring and making sure things go her way no matter what. While not exactly a true, violent heel she does not stop beating her opponent until they tap out, using every move in the book to make sure they reach that point. Once the fight ends she'll be a bit more approachable to talk to but until then, she is shrouded in a aura of power and dominance.

▌Superior strength: Military training and daily fights kept her body hardened, able to lift twice her size with relative ease and has no problem enduring most punishment given to her throughout fights. She Is considered to be both a shield and a sword.
▌Close Combat: Since Kasura is not a fan of weaponry, she values close combat a lot more than anything else. She has experience in all kinds of styles, wrestling being her favored style to break her opponent.

▌Hammerfall Forcing her opponent close against her front, she'll loop an arm around their neck and rasp them by the waistband of their attire. She'll then lift them up in a Jackhammer setup. She'll show her strength by parading them around the ring like they were a trophy, then turning to the center of the ring to slam them head first down to the ground and holding onto their leg to hoist it up for the pin.

▌Scorpion StingAfter slamming her knee into her opponent's gut, she'll sling their arm around the back of her neck and grabs the back of their thigh to hook the leg from the mat. She'll lift them up, making it look like she was about to perform a Fisherman Suplex but instead she brings them back down while she lowers onto one knee, slamming them crotch forced onto her knee cap before releasing them.

▌Carapace Breaker Crouching low, she'll bring her opponent back first across her shoulders, grasping them by the inner thigh and their chin to start bending them for half a minute, stepping to the center of the ring before she jumps down onto her knees, really bending them beyond their limits before she simply dumps them to the mat. 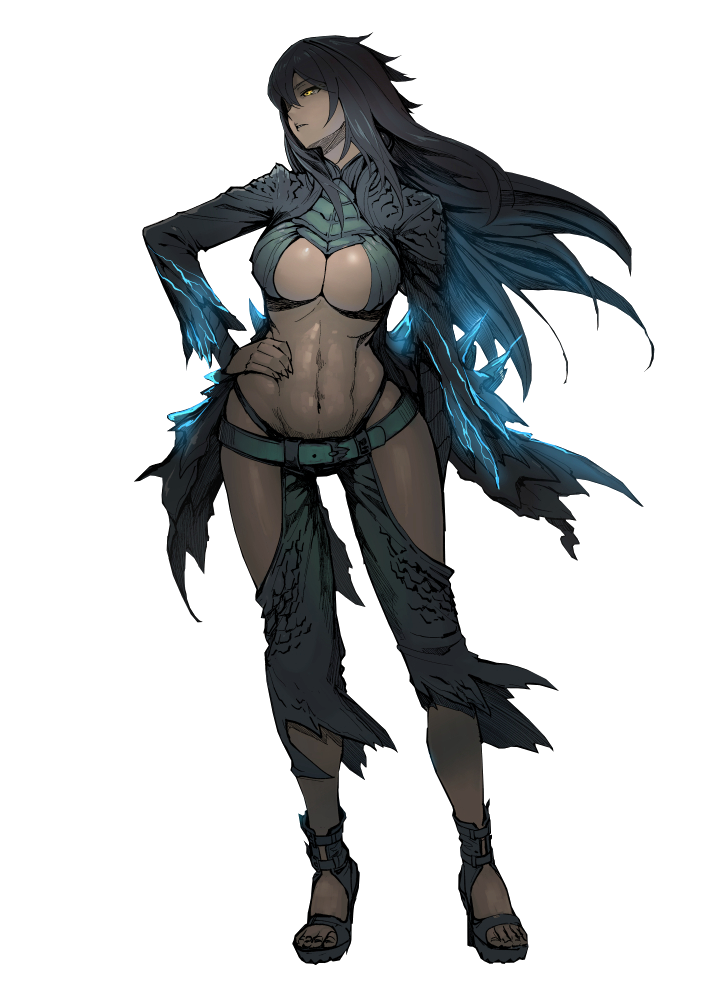 Kasura was the first born, though unlike the rest of her sisters she had a different father, who took her to Egypt after the divorce with her mother. Since her father was a fighter, she spend most of the years growing up watching her father fight and mimicking what he did. While certainly deemed unfeminine, her father  grew impressed by the way she picked up his arts and would train her to become a junior fighter. Given her strength and hardships with her father, she easily outclassed out in her league and even the one above her. With the years she developed numerous new ways to subdue opponents and defeat them.

Her father passed away after she had just turned twenty and was send to the military since she refused to go back to her mother. She started as a simple soldier though quickly made her way as defense instructor. Due to her hatred for guns thanks to a hard early life filled with such violence, she was excused from actually seeing action outside the borders though still had to assist with patrols within her city. After a few years of service she had been discharged due to a incident with a soldier, who thought that he could touch her and get away with it. With no actual work experience she simply did what she could best, fighting. She joined numerous underground leagues and ultimately joined the women's wrestling federation in Egypt.

After winning the Women's Champion Belt, she became known internationally as the woman with otherworldly might, even asked to join other federations across the world for appearances or special matches between their champions. It was then that she was reunited with her mother after a phone call, heading to Japan after she had decided to retire from the Egyptian Women's Federation. While she had no emotional attachment with her mother any longer, she did sympathize with her after sharing their histories together. She met her younger sisters and found out that they too have become wrestlers, to which Kasura was rather interested in seeing in action. While they did share the same lust for battle and strength, it seemed they lacked the dominant experience Kasura had mastered throughout dominating her opponent physically and sexually. While she was not going to actually do that with her younger sisters, she decided to train them so that they would be able to rise in the top of the ranks. Being recognized by a few wrestling fans, she was ultimately persuaded to join her sisters in the AFW Roster.

▌Karina Rine:Someone who shows the most promise in terms of strength and endurance. Kasura Has been training her vigorously to make sure she rises up to the challenge that most power houses offer, not to mention build up her character and take away those skimpy clad clothing ( Even though she herself wears something similar but she says that it stands out with her personality. ) and in something new. She was rather flattered when Karina decided to match her after seeing her oldest sister's wrestling videos, stating that she too is a bit of a predator in the ring and that it works perfectly!

▌Kagura Rine:While she does not share the same strength as Karina, she makes up for that in speed and sexual prowess. She decided not to be too strict on her since it seemed she had no thirst for title belts and was more satisfied with just letting her do her own thing, though still trains her every now and then to make sure she doesn't slack.