Strategy- Meroë specializes in grapples and submission holds which she applies to force her opponents to recognize her royal authority over them. She is capable of quick short dashes but her size limits her stamina as well as making it hard for her to dodge attacks. Meroë became accustomed to hardship, growing up on the deserts and plains along the Nile River. The rough environment strengthened her allowing her to endure substantial damage. Beside her physical strength, The Princesses pride as a member of the royal family makes her stubborn to submit to someone of a lower caste. Her noble pride also makes her less likely to perform high risk menuvers out of fear of making a foolish mistake. She is a great strategist and could command a tag team with great success but few in the modern era are willing to place themselves in the subservient role, Meroë expects of her partners.

Signature Moves- Throne of Sheba: Meroë sits on a standing opponent's back, facing away from their head. Next, she grabs both of her opponent's arms and pulls them back, stretching their shoulder joints. Not only does this submission damage her opponent's arms but also wears the victim down considerably as they are forced to remain standing while supporting Meroë's considerable weight 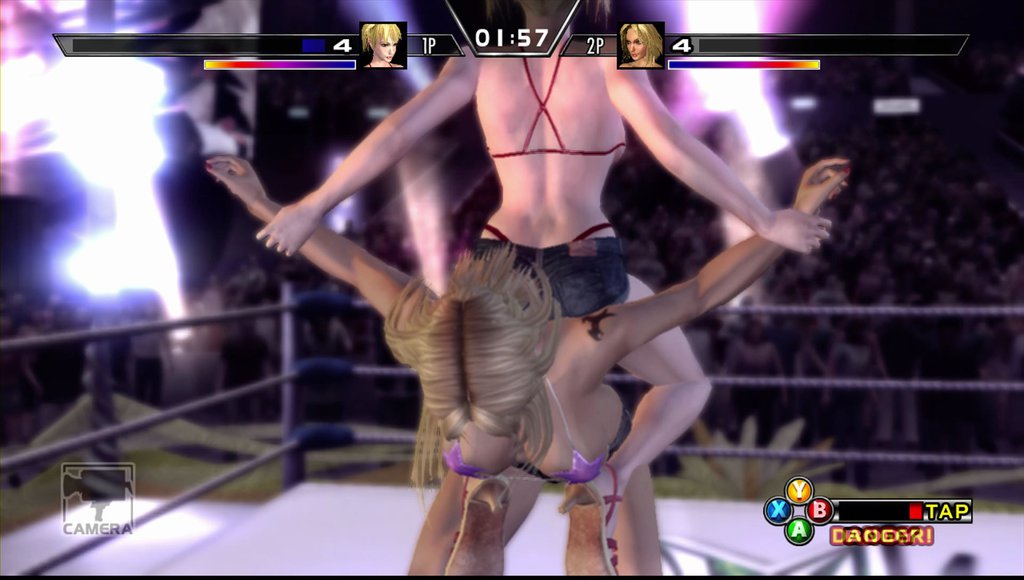 Finishing Moves- Nile Driver: Meroë places the opponent in a front facelock and hooks one of the opponent's legs with her free arm. She then lifts the opponent upside down or on to her shoulders, and then sits down, driving the opponent between her legs, head and shoulder first. She will then follow up with a face sit pin.

Apperance- Meroë is renowned for her beauty. Her skin is smooth and dark, often reflecting light when she sweats. Her silky black hair travels down her back and past her massive child baring hips and full round butt. She hides her face, even during matches behind a thin semi transparent veil from which only her green catlike eyes can be seen casting cold glances. The same thin linen material covers her massive oval breasts and makes up the long open dress from which her thick shapely legs can be seen. 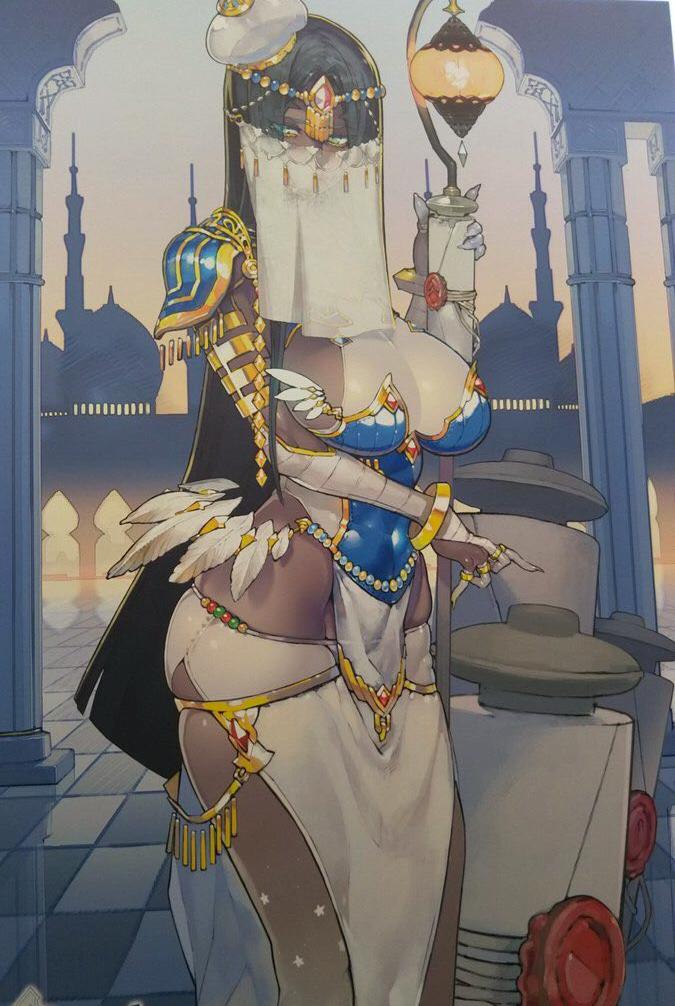 Past- Meroë is a princess of a long forgotten, matriarchal tribe who have dwelt along the Nile river for as long as anyone remembers. The tribe prides itself on its long history as well as their esteemed lineage, which they trace back to the gods of ancient Egypt.

Her people had a long and celebrated tradition of warrior women. All the girls of the tribe were trained in hand to hand combat specializing in grapples and submission holds. The Princess was not exempt from this tradition and received the same grueling training as the rest of the girls.

Meroë pushed herself harder than her peers, knowing that as royalty and the future leader of her people she would need to prove she was strongest amongst them. She defended her right to rule, defeating all who challenged her in martial combat.

Soon the time came for Meroë to face the trial every queen of her people had faced in the past. As her people's laws decreed, at the age of sixteen, Meroë was exiled from the village until she returned with proof that she had accomplished a great feat. Only then would she be allowed to become the queen of her people.

For years she wandered the earth, learning about the outside world, acquiring new skills to and fighting techniques. Eventually the wandering princess discovered AFW. The strength the champions of this organization displayed impressed the girl and she decided she would fall in amongst them and test her skill with the goal of taking a championship home to her village as proof of her accomplishment.

Personality- Meroë is a strong willed and intelligent young woman. She prefers to listen than speak, hiding her emotions well as to not give away her true thoughts and feelings. When the time comes for her to speak she commands the attention of all those around her, with a clear steady voice befitting a woman of her station.

Meroë is incredibly proud and expects others to show her the respect a member of royalty deserves. Though she generally asks in a mannerly and inoffensive fashion, her insistence to be treated as a dominant member of society can easily lead to falling outs and misunderstandings.

Meroë carries herself with grace and dignity, fighting to the fullest of her ability while maintaining an elegant flow to her movements. While the warrior princess considers herself merciful, she will not forgive disrespectful opponents without first punishing them. Punishment usually comes in the form of humiliating submission holds to help educate those who slight her about their place as peasants.

Despite her seemingly arrogant attitude, Meroë is quick to acknowledge strength in others and will often hold strong opponents up on a pedestal and even welcome them as her equal.