Strategy: Bring down her opponents through seduction. Failing that, any means necessary will suffice.
Style: Seductive outside, but can easily break a bone or two if that’s what it takes.
Type: Seductive Badass/Succubus

Normal Stats out of 5 stars (Added ability when forced to try)
Endurance: 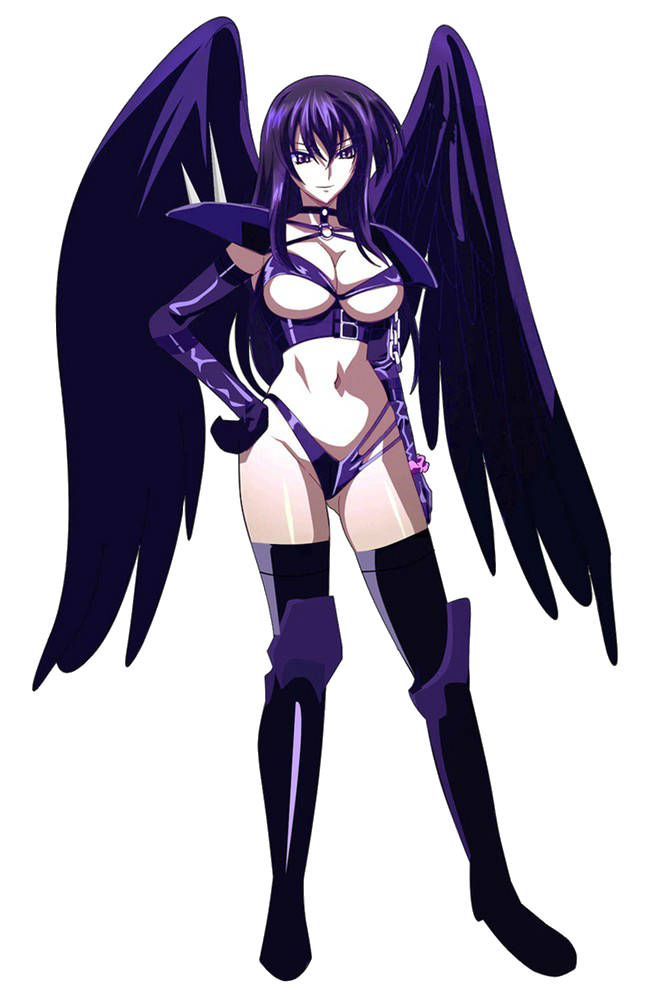 Personality: Elizabeth seems very detached. In fact, there’s never a time when she isn’t staring at someone for seemingly no reason. However, she is keenly aware of every single fiber of her surroundings. Being a particularly powerful Succubus, she has heightened senses, and the ability to sense which erogenous zones a person has the most sensitivity in. She delights in using this ability to bed whomever she pleases, and her conquests often experience a night of pleasure unlike any other. Once she gets bored, however, she offers an ultimatum; pleasure her to her satisfaction, or become her thrall. No mortal has ever done the former.

Past/History: Elizabeth was born in Hell. Not a really crappy town, or some dying city wracked by the death throes of gang warfare, where fools fight for the remains of what was once greatness. No, Elizabeth Dare was quite literally born in H-E-Double-Hockey-Sticks HELL. She was born the daughter of two Greater Demons. Being a high-class female denizen of Hell, she had two options; once she came of age she could either join the Erinyes, Satan’s elite task force of female bounty hunters, or she could become a Succubus, a Demoness of Lust and Desire. Her father refused to even consider the possibility of the latter, and began training her to become an Erinye as soon as she could walk. She was trained in hand-to-hand combat, as well as taught to handle weaponry of several different classifications. Soon, she was a killing machine. But Elizabeth wanted something more. The night before the tournament that was to be her entry to the Erinyes, Elizabeth fled her family’s compound and dove deep into the waking dream of debauchery that was the world of Succubi and Incubi. She was disowned at sunrise, when her father found her bed empty and her room stripped of all meaningful belongings. She travelled to the human world, where, at the tender age of fourteen, she Compelled a family, the Dare family, to take her in. She told them she had never had a real name of her own, and so they gave her one. She would be known as Elizabeth Dare from then on, her True Name forgotten to everyone but her and the denizens of a realm she had turned her back on. She lived out her days seducing and Compelling her way through the world. Soon enough, she saw a broadcast of a live Hentai bout from an organization known as AFW. She saw a woman by the name of Natasha Loclear, who looked to be the champion, getting dominated by challenger Minerva Larsen, who was using dirty tricks to secure her victory. She knew that this place, a place so ripe with filth, sex, and debauchery, had to be where she belonged. She Compelled her way onto a plane to Japan, and now she plans to do her thing in the AFW arena!

Fun Facts (OOC only. This information cannot be used canonically unless disclosed by Elizabeth herself.):
*Elizabeth’s True Name is Meridith.
*Elizabeth’s most sensitive erogenous zone is her feet, a site most lovers tend to overlook.
*Elizabeth’s true form comes complete with black feathered wings, denoting her status as a powerful Succubus. Lesser Succubi possess bat-like wings.
*Elizabeth’s most useful power is that of Compulsion, which gives her the ability to “suggest” that any person she’s making eye contact with at the time do whatever she wants them to.