Strategy:
- Block and counter.
- Quarter circle forward, punch and kick
- Do a towel-whip-like move with her shawl.
- Would like to start learning some submission holds; her thighs aren’t quite Chun-Li-level, but they’re not half bad.


Finishing moves:
- Wool over the eyes: A reverse indian deathlock into a bridge, where she uses her shawl to choke out her opponent
- Roses and Thorns:  Twists one nipple hard while sucking on the other one
- Figure-Flora: during sexfights or humiliation matches, will remove her own boot and use her stocking toes to tease her opponents pussy while they are locked in the figure-4

Visual Appearance:
Wears a long wool shawl over her top, and a flowing skirt with high slits. Wears sheer, dark pantyhose with heels. 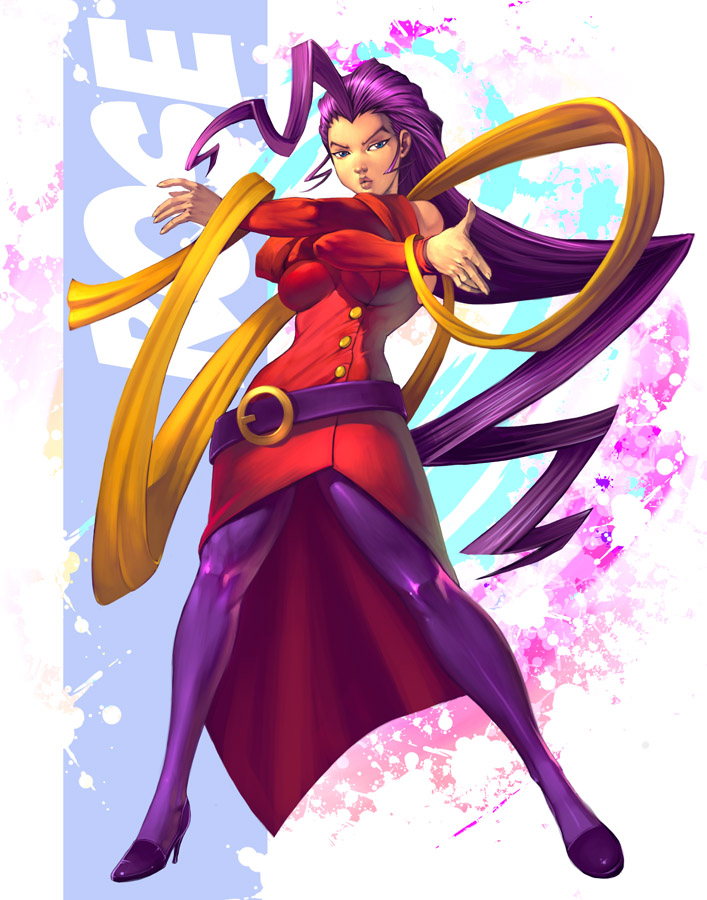 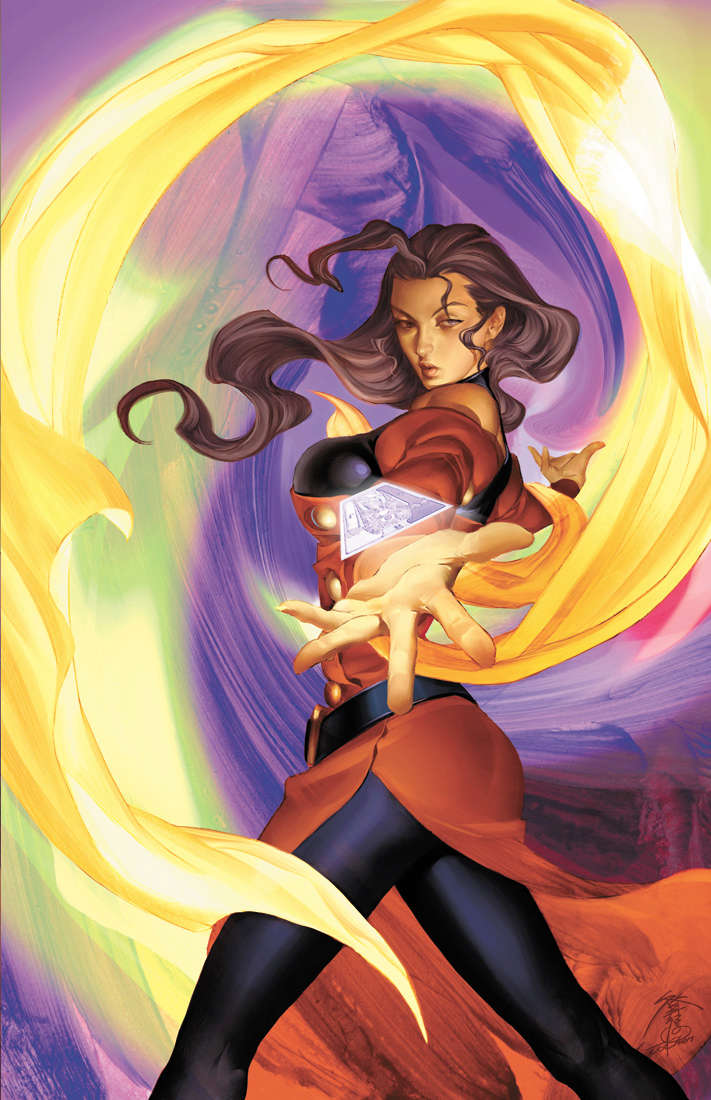 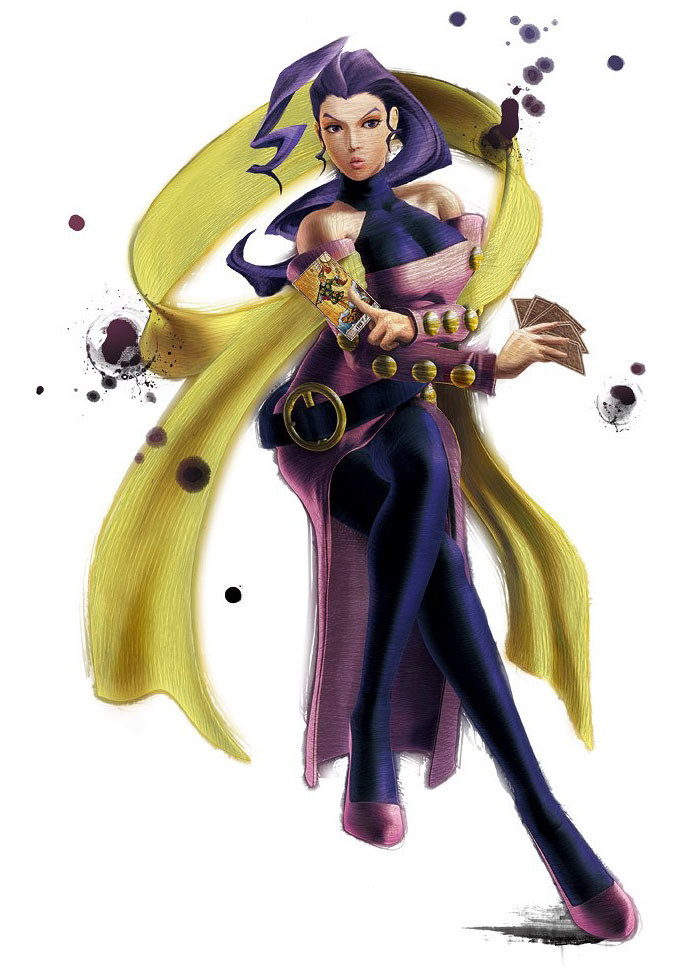 Clone of a clone?: 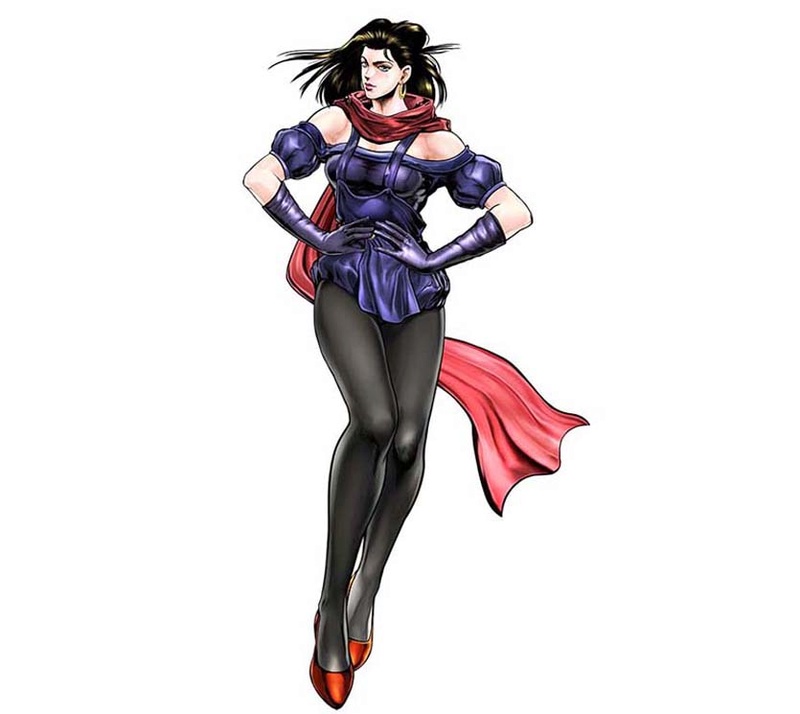 Personality:
- Generally distrustful of people, owing to past mistreatments
- Relatively shy, soft-spoken, and introverted, except when someone is hurting her, in which case she will complain loudly.
- Can endure a lot of pain, just not quietly
- Getting hurt can make her angry and unpredictable
- Took up fighting to help her channel her inner rage

Ten years ago, a beautiful Italian lady named Flora had a strange dream after playing an arcade fighting game.  She dreamed that she was a clone of another woman named Rose, created by an evil corporation known as Shadaloo.  Shadaloo had desired to clone all of Rose’s supernatural abilities, but ended up with just a woman who looked, talked, moved, fought and acted much like Rose, but possessed absolutely none of Rose’s supernatural abilities.  Furious, the brutal dictator in charge of Shadaloo, a man known as Bison, locked the clone, codenamed F.L.O.R.A., in a dungeon, and tortured her mercilessly, hoping that the pain and stress would unlock the clone’s supernatural abilities.  Flora screamed and screamed in pain, but remained otherwise completely and utterly ordinary.

When Rose heard that she had been cloned by Shadaloo, and that her clone was enduring unspeakable torture, Rose broke into the dungeon where Flora was being held, with the intent to end her clone’s unholy existence, but finding Flora passed out from the pain, Rose could not bring herself to harm the pitiful, unconscious woman who looked exactly like her.  Rose teleported herself and the unconscious Flora away from the dungeon.

After Flora regained consciousness, it did not take her long to piece together the identity of her savior.  Blaming Rose’s supernatural abilities for her torturous experiences, Flora flew into a rage, and lashed out viciously at Rose.  Rose, feeling compassion for this poor woman and understanding the source of her anger and pain, did not fight back, and simply accepted the punishment with the occasional involuntary grunt of pain.  Flora quickly spent her anger, and fled into the night, sobbing, with Rose too hurt to chase after her.

Flora awoke from this strange dream utterly confused. Could there be any kernel of truth to her strange dream?  Flora has spent the last ten years training in Rose's fighting style, although without having the benefit of Rose's supernatural abilities.  To continue her training, Flora has decided to join the AFW.

Fun Facts:
- Would love to learn how to throw a soul blast or a hadouken, but there’s little chance of that ever happening.
- Has no idea whether a rose by any other name smells as sweet.

For characters in Friction and Tension, do keep them realistic. Do not have clones or supernatural characters.

That being said, you could perhaps say take an undertaker route and have the character pretend to be a clone or supernatural.
_________________