Strategy:
- As a manager, will do what it takes to help her wrestler win – interfere, distract ref, cheap-shot opponent, etc.
- Not above using blackmail or bribery, including bribing refs
- Winning is everything to her – she will resort to any dirty trick in the book, including eye-gouging, biting, hairpulling, tickling, breast mauling, low blows, stomping on fingers and toes, etc.
- Tends to rely on dirty submission holds
- Likes to talk dirty and dominate opponents

Strengths:
- Wealthy and not afraid to throw money around to get what she wants
- Highly intelligent
- Has impressive ring awareness
- Fights dirty
- Can endure a lot of pain before submitting.

Weaknesses:
- Favors wearing heels to the ring, leaving her feet vulnerable when removed
- Not particularly strong or quick

Finishing moves:
- Pedigree:  Slips opponent's head between thighs before slamming it to the mat
- Shattered dreams:  With opponent in corner, spreads their legs onto middle ropes, runs to the opposite corner, and runs back, delivering a vicious kick to the crotch
- Groin Claw:  claws opponent’s groin, and walks her back to the corner
- Bad Habit:  dashes forward and delivers a vicious kick to the crotch
- Twisted Nightmare:  With opponent on ground facing up, grinds her heel into opponent’s crotch 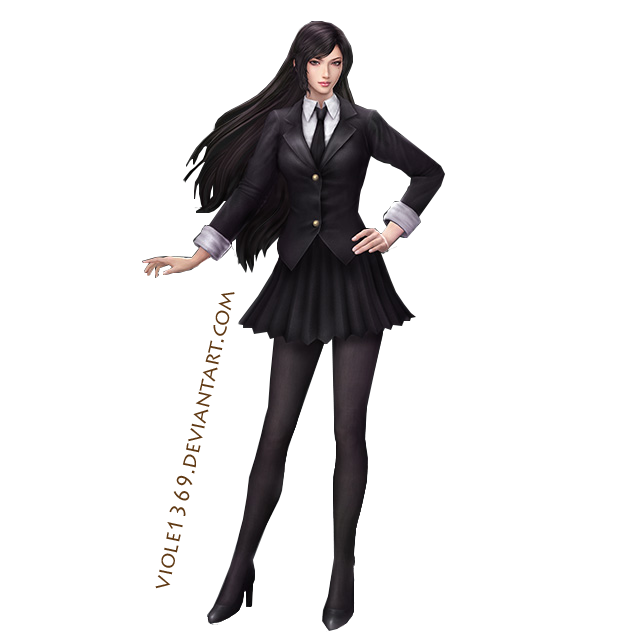 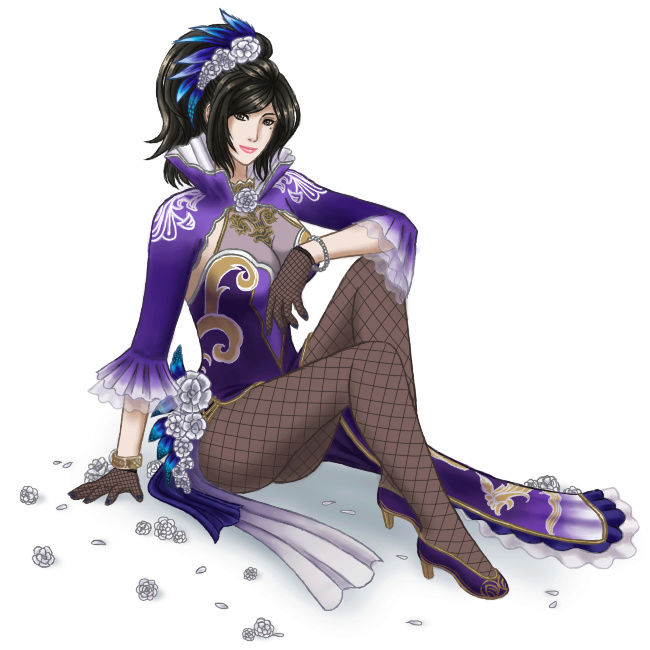 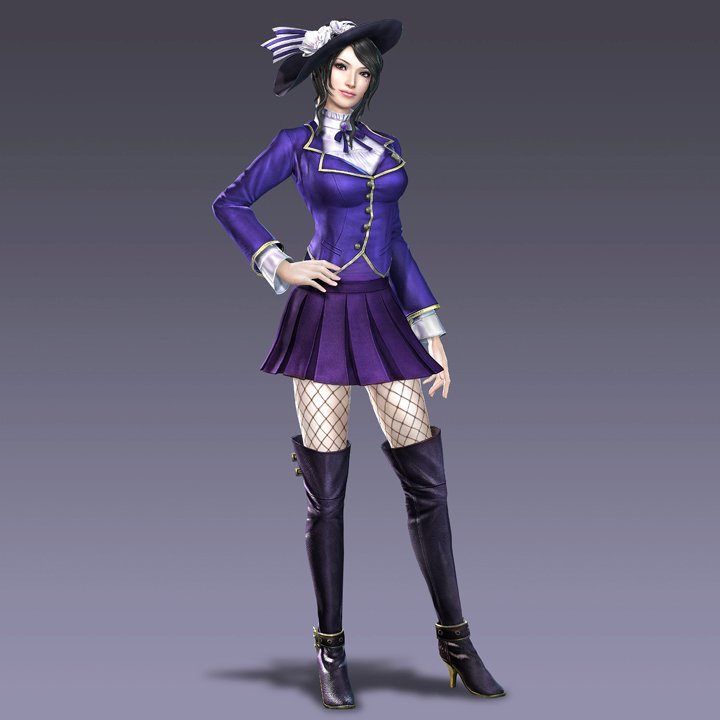 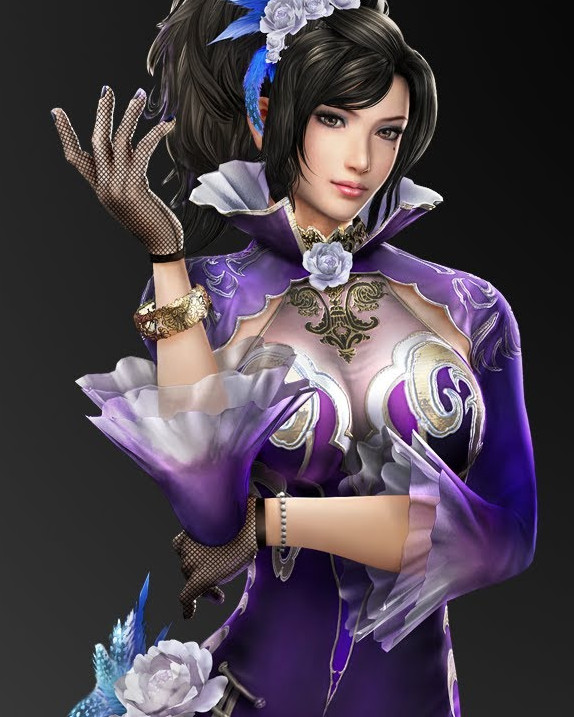 Wealthy, entitled, brilliant, gorgeous and hard-working.  Debra cares about winning at all costs, and promoting her family’s brand:  SexySilk.  She will gladly do whatever it takes, including lie, cheat, steal, connive, or blackmail; nothing is off limits to her.  She loves power and control, and loves to dominate other people, especially other women.  She does, however, have a soft-spot for her sister, Danielle.

Past/History:
Debra was born into an extremely wealthy family.  On the outside, her family seemed the perfect embodiment of the American dream:  the successful and wealthy CEO dad, his adoring, beautiful trophy wife, and two gorgeous girls, Debra, and her younger sister Danielle.  Behind closed doors, however, Debra’s father was mean and abusive to her mother.  Debra herself took after her father, and was often even meaner to her poor, adoring mother than her father was.  Twenty-one years ago, after her father was caught in a public and embarrassing affair with a barely-legal 18-year-old girl Debra’s age, whose name was withheld from all the tabloids to protect the girl’s identity, Debra’s mother filed for divorce.  Shortly thereafter, her mother committed suicide under mysterious circumstances.  This just confirmed Debra’s low opinion of her mother as a spineless loser.  Danielle, however, took the loss of her mother extremely hard, and harbors a deep hatred for her father, whom she blames for everything.  Mostly to piss off her Dad, Danielle took to a life of partying, getting caught up in one scandal after another.  Debra, on the other hand, remained a hard-driving, ambitious girl.  Unlike her sister, Debra avoided partying, and doubled down on her studies, earning an MBA with a concentration in marketing before finishing law school and passing the bar with flying colors.

After earning her degrees, Debra joined the international hosiery company SexySilk, and rapidly climbed the corporate ladder.  She has just been promoted to the position of executive vice president of legal and marketing at SexySilk.  On the side, Debra also teaches at a local girl's university.  As far as Debra is concerned, she achieved her success purely via her own hard work and talent, although it certainly doesn’t hurt that her father is the company’s CEO, as well as the company’s only male employee.

Debra not so secretly loves to dominate other women.  She is absolutely brutal to her underlings, abusing them and driving them as if they are her personal slaves.  Debra also regularly dishes out corporal punishments consisting of hard spankings and canings.  Her employees live in constant fear of ending up on Debra’s dreaded “list,” which can occur when they so much as miss a deadline, fail to meet the difficult goals Debra sets for them, or even violate the company dress code, which includes wearing SexySilk hose at all times.  Even well-behaved employees will sometimes suffer from Debra’s desire for domination, as she has been known to occasionally punch a boob or purposely step on another women’s toes, both figuratively and literally, just because she can.

Debra has dirt on every woman working at the company, as well as signed contracts and disclaimers from each of them signing away their rights to sue her for any workplace (mis)treatments.  She has threatened to completely ruin anyone who dares sue her or the company; thus far, no one has dared.

With her promotion to executive vice president of marketing, Debra was tasked with re-energizing the SexySilk marketing campaign, and expanding the brand’s reach and market share.  With her passion for dominating women, it was no surprise that Debra was always strongly drawn to female wrestling, and she became inspired to promote the SexySilk brand by turning them into the Nike of the female wrestling circuit.  She would insist that the brand’s primary spokesmodel, Kristen Violet, sign up for the AFW, and wrestle exclusively and proudly in SexySilk brand hose.  Debra herself would sign up as well, as Kristen’s manager.  Finally, Debra would try to get other AFW wrestlers to sign contracts forcing them to endorse SexySilk and wear it in their own matches.  Debra will gladly manage those wrestlers as well, provided they agree to certain “penalties” in the event of a loss.

Fun facts:
Debra wears very expensive shoes that are designed for fashion, not comfort.  She is therefore often seen crossing her legs and putting on a dangling and dipping show with her heel.  Sometimes, Debra will even remove a heel and massage her stocking toes.