Strategy: Vamp is a small person, but she has quite a tremendous strength disproportionate to her lithe, petite frame. So, she favors strikes above others, but that does not mean she is incapable of using other moves while wresting. Due to her being so freakishly strong, she is capable of lifting and slamming taller and heavier opponents without much problem. Her usual method of subduing her opponent is dealing as much as damages with her strikes and sheer strength before moving in for the kill.

Even so, she is not well-suited in a prolonged match, and while she may be strong, her endurance is atrocious as hell. Also, she is very impatient, which may cause her to do mistakes that may cost her the match. Also, despite her tremendous strength, her small and petite frame makes it very dangerous for her to be purely a powerhouse, as she may accidentally injure herself due to her not having enough body mass suitable to perform those power-based attacks.

Style: A practitioner of strong style that incorporates strikes and kicks, incorporated with mixed martial arts as well as standard professional wrestling style. The result is a well-rounded wrestler with devastating strikes and versatility.

Preferred Attacks: Like mentioned above, she prefers strikes and kicks, being a practitioner of strong style. She still can use holds and throws while wrestling, though. 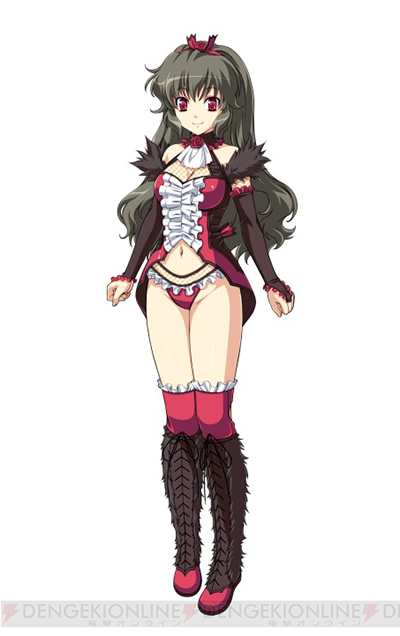 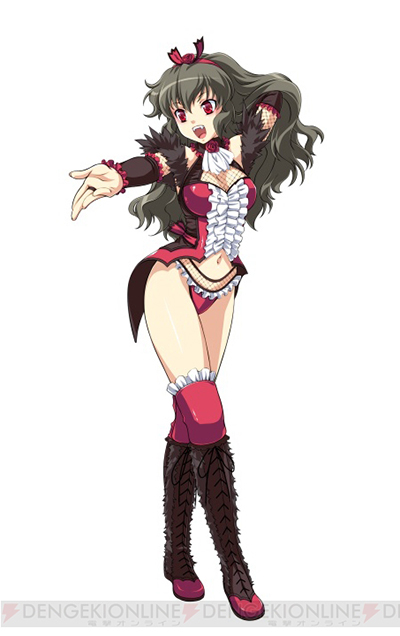 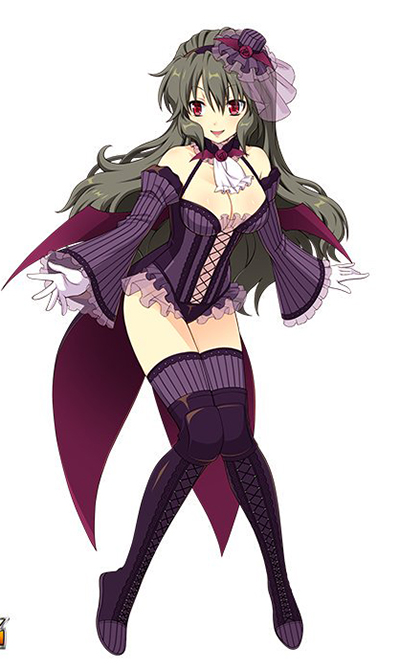 Personality: Inside the ring, Vamp Suzumori presents herself as a calm and collected individual, her whole being radiating pure elegance and classiness. She always displays a cocky smile upon her face, as if telling everyone that she is a higher being who deserves to be worshipped. She deems anyone around her to be lowly beings, and they need to bow down to her, respecting her as a creature of the night and an immortal being, a vampire. Her mannerism may remind anyone to the popular depiction of Dracula, complete with fake fangs and speech pattern that is often associated with vampires. Sometimes, she will come into the arena while inside a coffin carried by some ghostly-looking attendants to unnerve her opponents.

Outside of the ring, however, Anna Suzumori is a bratty, immature and emotional young woman, and more often than not, she won't be capable of maintaining her in-ring persona. While she presents herself as a condescending person with superiority complex, she is actually a very earnest person, and she deeply respects other people around her. While she may offend a lot of people, she doesn't actually mean it, and she has no hateful bone in her. She may demand a lot, and can be quite a brat, but ultimately, she is a decent person who is very sweet inside.

In short, she is a tsundere.

Past/History: Ever since she was young, Anna Suzumori was different compared to other children. Despite her small frame, she is ridiculously strong, almost as strong as that of an adult man. Born to a wealthy family, Anna lived a very sheltered life despite her natural gift. She initially believed of this as a curse, as there's no way a petite girl could be as strong as an adult man. Even so, her parents showed her supports and told her that thanks to this natural gift, Anna was special. Thanks to the encouragement and support from her parents, Anna tried to dabble in martial arts, and it turned out that she's quite a savant in such area.

Besides martial arts, Anna also had interest in movies, particularly the classical ones. One of her favorites was Dracula, which became the basis of her in-ring persona. She became involved in wrestling during high school, and became enamored by such a sport. She made a name for herself in amateur leagues, collecting experiences and learning how to wrestle along the way. While she could be quite a handful person to deal with due to her difficult personality and impatience, she had become a fan favorite. Due to this, she was approached by a representative of AFW who offered her to join the league. Seeing this as her chance to be more famous, Anna eagerly took this chance, and soon, taking the persona of Vamp Suzumori, she was prepared to take on her first challenge to climb the stairway of stardom within AFW and be famous!!

Fun Facts:
Anna is a movie buff and has a Youtube channel about her reviewing movies.
Anna rarely trains and spends most of her time outside of the arena watching movies and eating snacks.
Despite taking the persona of a vampire, Anna is deathly afraid of bats.

Losses:
-None so far

Friends:
-None so far

Allies:
-None so far