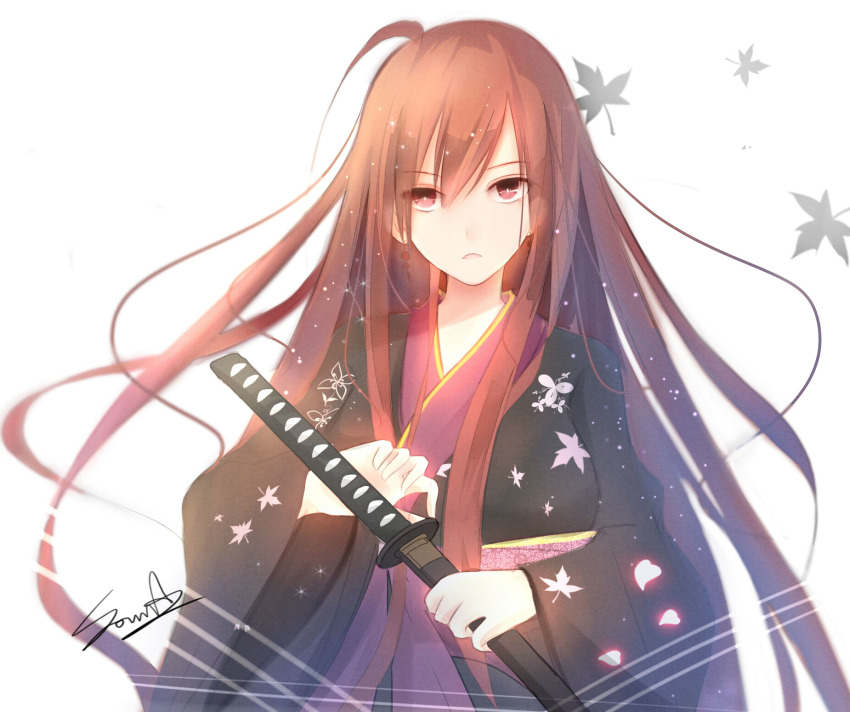 Strategy:
Saikawa tends to fight very tactical, always with a plan in her mind, adjusting it with every move of her opponent in order to gain the upper hand and finish the match quickly

Style:
Saikawa prefers Power moves, not bothering with anything overly fancy, rather using her energy to beat her opponent down.

Descending Sun: Saikawa lifts her opponent onto her shoulder, then bounces their back off the top rope, turning 180 Degrees and slams them to the mat

In No-DQ Matches: Ni-Ten Ichi - Two heavens as one: Saikawa uses her knowledge in Kenjutsu, taking two Kendo sticks and viciously strikes her opponent until they can't even stand anymore.


Personality: Saikawa tends to not show much emotion at all, preferring to stay quiet and let her actions speak for her, until she feels her honor or her country to be attacked, at which point she becomes very aggressive.

Past/History:
Saikawa has been raised as a fighter by her family, said to be descendants of Saigo Takamori. Thus, Samurai Traditions were always an important part of her life, starting Kenjutsu Training with 5 years, reading many books on old Samurai arts and the art of Warfare in general. Despite this, Saikawa refused to join the Army when she was old enough, claiming that Modern Soldiers fought without Honor, and not for the glory their country, but only to keep the status quo. So she started competing in various Kenjutsu-tournaments and soon other Martial Arts tournaments, to prove that her country and her people were the best in the world, and with that attitude, she soon found herself in a wrestling ring, competing all over the world for four years before coming to AFW.

Wrestling Attire:
For her Entrance, Saikawa wears a black Kimono with purple trims, along with a (Replica) Katana on her hip, strapped to her belt. For the match, she takes off the Kimono, her wrestling gear consisting only of a pair of black boots, short, purple tights and a matching purple tanktop.