Signature Moves
Brimstone: Drops her butt on her downed opponent's face. Can be performed from the ropes for extra flair.
Eternal Punishment: Forces opponent to sit up, then stands up, her thighs on either side of their neck. B then starts to squeeze. 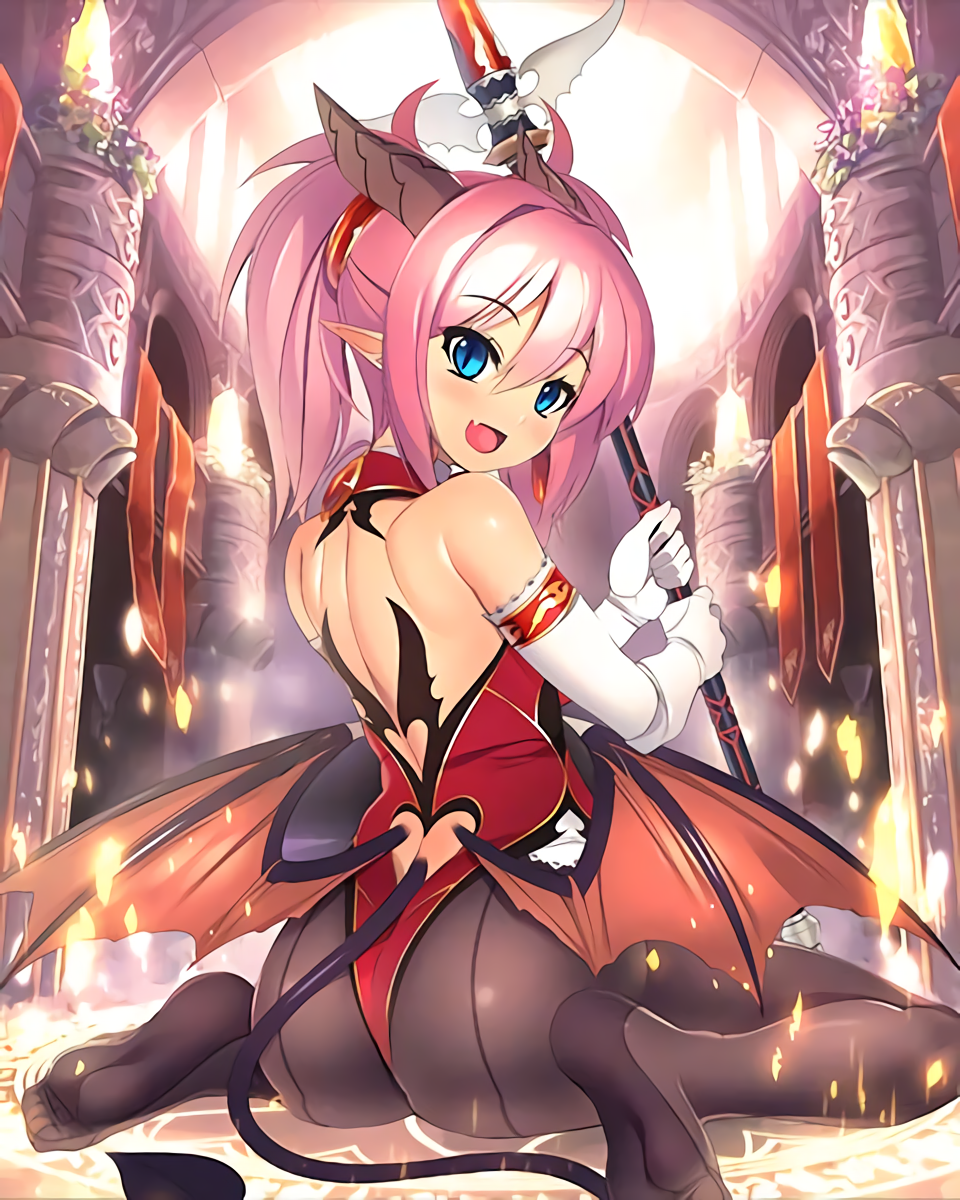 Personality: Extremely arrogant. Usually her brags aren't true, or don't even make sense, but that doesn't stop her. Outside the ring, she acts relatively meek. Spends her free time volunteering.

History: About 500 years ago, a Demon made a contract with a girl and yadda yadda yadda, B is here to wreck havoc on the insolent humans.

Actual History: Her best friend Aima was frequently bullied throughout school. Eventually, _____ took on the persona of a demon to bully the bullies back. Eventually, Aima left for a university far too prestigious for B to follow her, but she made a promise to make sure Aima wouldn't ever forget her. Which is why she's now taken her persona to the big stage, ready to make sure no one forgets the name B!

Fun facts:
!Atheist.
!Favourite food: That one burger at that roadside truck stop she had in America that one time.
!Yes, she even includes the ears, wings and tail in her costume, despite taking hours to apply and any possible trip-ups that might happen in the ring with their inclusion.
!She's a C-cup. I mention this because I know you were expecting me to say B-cup.