Search
Latest topics
» Backstage Encounter With The Queen of Queens
by Mart-Kos Today at 2:09 am

As one half of the tag-team Onigashima, Ao-Oni works in synergy with her partner, Aka-Oni. While Aka-Oni is an agile brawler who utilizes strikes, Aka-Oni is a powerhouse who favors power moves.

Style: A traditional pro-wrestler who is pretty balanced.

Type: Polite and soft-spoken, but is a massive pervert. 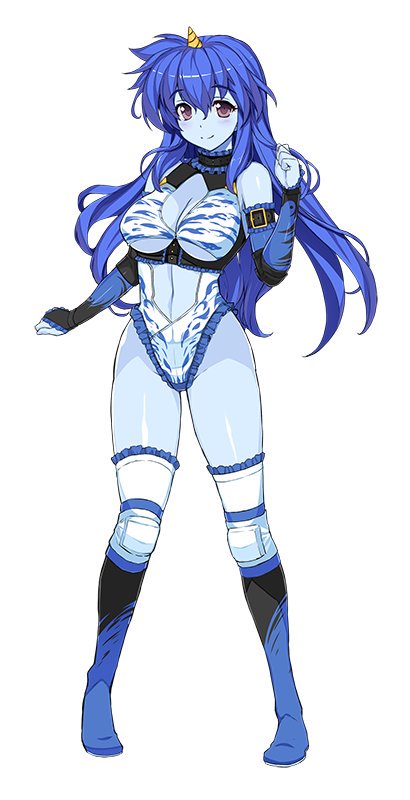 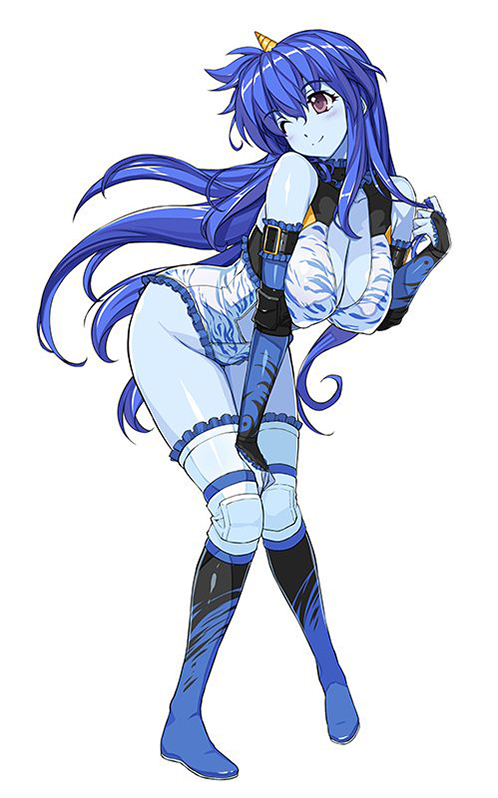 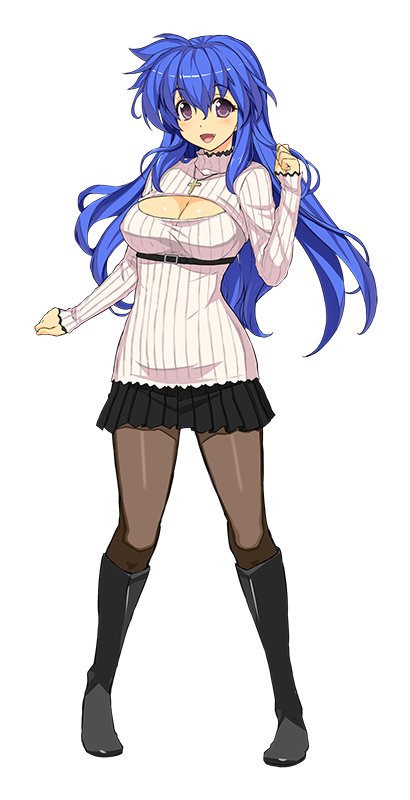 Personality: Polite and soft-spoken, Ao-Oni is the blue oni in the dynamic of her tag-team, Onigashima. She is cool-headed and the quieter among the two in their tag-team. Still, Ao-Oni loves professional wrestling but appears to be more reserved compared to her partner. She can be quite a pervert and a little shameless in displaying her sexuality, but Ao-Oni is generally a very nice girl who is friendly to everyone, as long as her friend is not in danger.

While she is generally very kind towards everyone, she can be a little possessive, especially when it comes to her best friend, Shizuka/Aka-Oni. She can get jealous easily if she sees anyone else getting closer to Shizuka. As of right now, she is unsure whether she regards Shizuka just as friend or more than just a friend.

Past/History: Yukari Tooru was always interested in wrestling ever since she was a little girl. Her parents were neutral regarding her interest. During high school, she made a Pro-Wrestling club with the help of her best friend, Shizuka Takamachi. They had been practicing wrestling moves in the club, and they often pictured themselves wrestling in big wrestling promotions.

Upon graduation, both Yukari and Shizuka parted ways for a while. Yukari became a part-time model while Shizuka got enrolled into college. One day, Yukari and Shizuka stumbled upon each other after being away from each other for two years, and their love towards wrestling rekindled. Through a series of events, both of them were scouted by an AFW scouting agent, and they were offered a contract to wrestle under AFW. Seeing this as their golden chance, both Shizuka and Yukari entered AFW, making a tag-team, Onigashima, with Yukari naming herself Ao-Oni.

Enemies:
-Shizuka's senpai at college whom she had a crush on