Strategy: Although she is still young and a rookie, Heather is adept in the style of MMA. Although most of her background in fighting revolves around Mixed Martial Arts, she has been passionate about pro wrestling since she was a kid. So her style is a mix between formidable striking, technical grappling and of course some over the top, flashy moves that you would expect from wrestling. Her strategy is to remain versatile in regards to her opponents themselves. However she doesn't hesitate to show initiative, staying on the offensive and adapt from there. She would find and use what works, although it's not uncommon to see her unleash a combination of various strikes, armbars, chokes, or stunning takedowns to put the competition to rest.

(Note that the stats below represents a personal and generalized level of her current potential. Naturally, any actual performances in the ring will vary depending on numerous circumstances regardless of anything shown below!)

Being a rookie, she is still experimenting so she doesn't have a particular finisher. 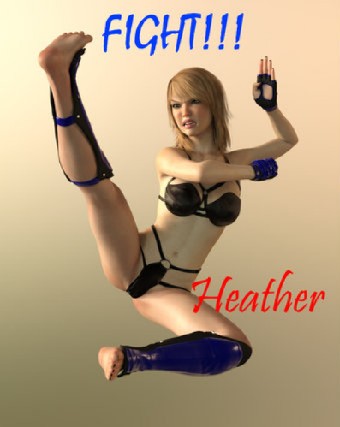 "This will be you if yet aren't careful 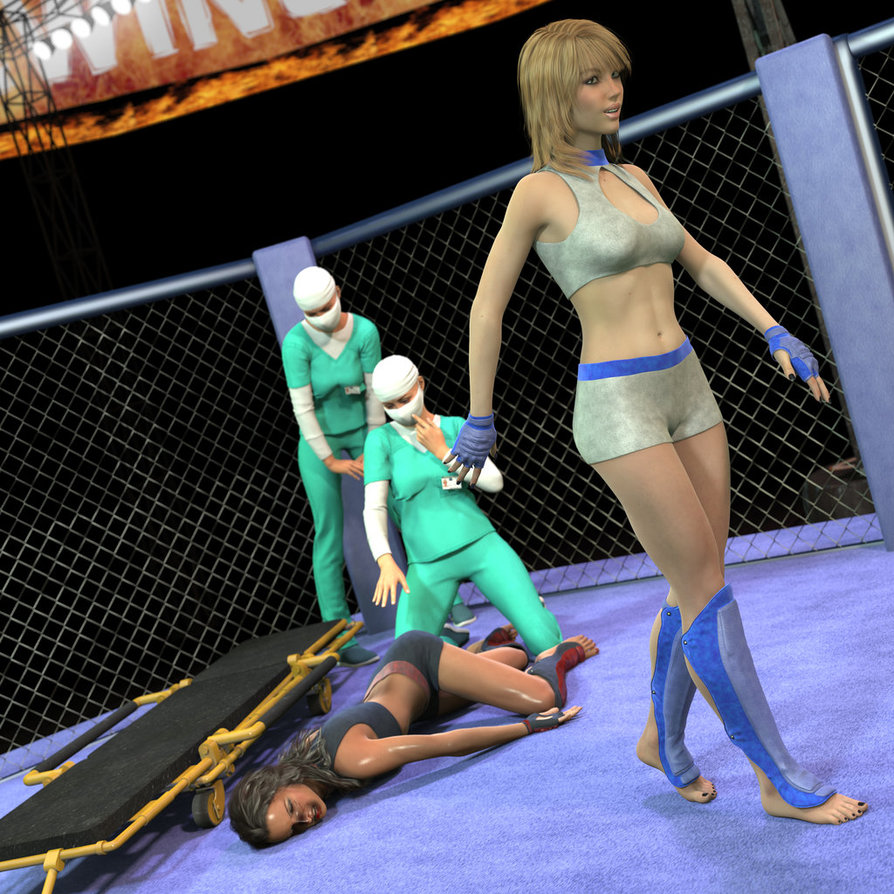 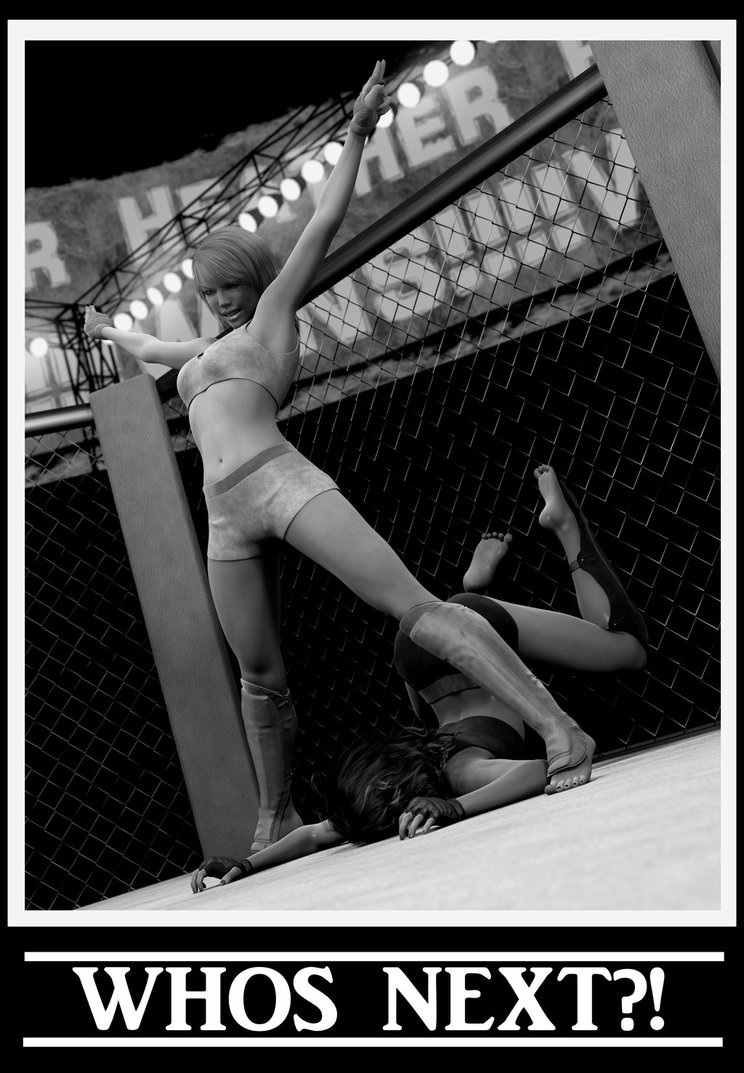 Personality: Heather likes to believe she's about as average as your typical twenty-year-old girl. Well...kinda. Not many girls like her can put a grown ass man in hospital. Regardless, she still has her own aspirations, melodramatic fears, and optimistic charms of most teens who have just taken the first steps in taking on the world - or in her case, taking on AFW. Heather is outgoing, though highly competitive, and know for having a tiny bit of a mean streak if provoked. Inside the ring, she loves the thrill of the fight. She is indiscriminate when it comes to the strength of her opponents, which can lead to undesirable results (i.e her getting her ass kicked) - but she generally thrives during any fight. Difficult opponents are, of course, her time to show off her true mettle. However, Heather also relishes completely conquering opponents all the same. Whatever the challenge, she rarely views those she defeats as weak, but instead accounts her victory to her own ever growing prowess. While she certainly doesn't enjoy losing, (she kinda hates it actually), the act typically inspires get to work harder, become stronger and, hopefully, learn from her mistakes. All for the sake of vengence competition of course!

Past/History: "Now wait just a darn second! Why do y'all need to know about me? Y'all just here for the fightin'! Not to hear about my story!"

But Heather, some are interested in knowing about you.

"Why people gotta be nosy an' all? And it's not like y'all care anyways."

"Whatever, hun. I'm just gonna leave. See y'all in the ring."

*The interview ended at that point*