Alignment: Renegade Kunoichi – A covert Japanese agent well versed in espionage, infiltration and sabotage. Though now she operates on her own terms since disbanding from her ninja village, utilizing her extraordinary skills as a shinobi to bring justice to those she deems a threat to the world.

Strategy and Style – Given her slim build and lightweight frame, Benikage’s expertise is in outpacing her opponent with agile sidesteps and speedy strikes. Though not exceptionally powerful, her strikes are meant to pinpoint specific joints and nerves to disable her opponent’s movements and offensive options. Something she needs to accomplish quickly. Her slender build means she is easily rattled by stronger opponents who get their licks in early, a prolonged war of attrition almost always spelling out certain doom for her.

Preferred Matches – Most any.

Signature Moves :
1) Chaos Snow – Running behind a standing opponent who was attempting to grab her, Benikage will stop just behind her, clasp her hands together and with all her strength drive an elbow into the lower spine of her opponent with pinpoint accuracy. It's a crippling strike that briefly immobilizes her opponent before Benikage hooks her arm around her opponents neck and hips tosses them forward.

Finishing Moves :
1) Will-O-Wisp – After sprinting towards her opponent’s side or from the top turnbuckle, Benikage will leap upon her opponent’s shoulders to perform a spinning hurricanrana that implants their head into the canvas. Benikage will than transition into a small package pin by hooking her legs around her opponents leg, and wrapping her arms around their neck and free leg. 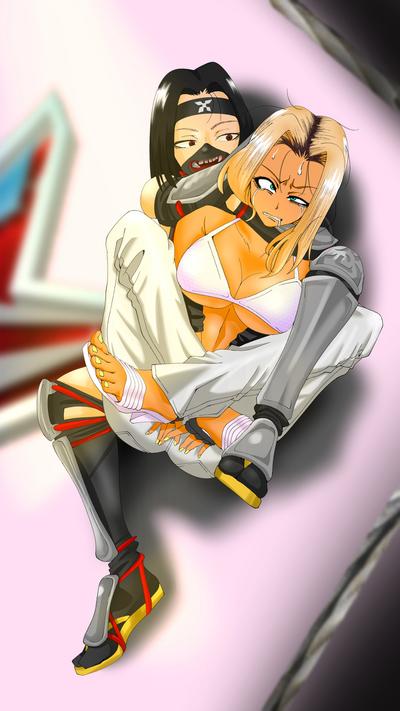 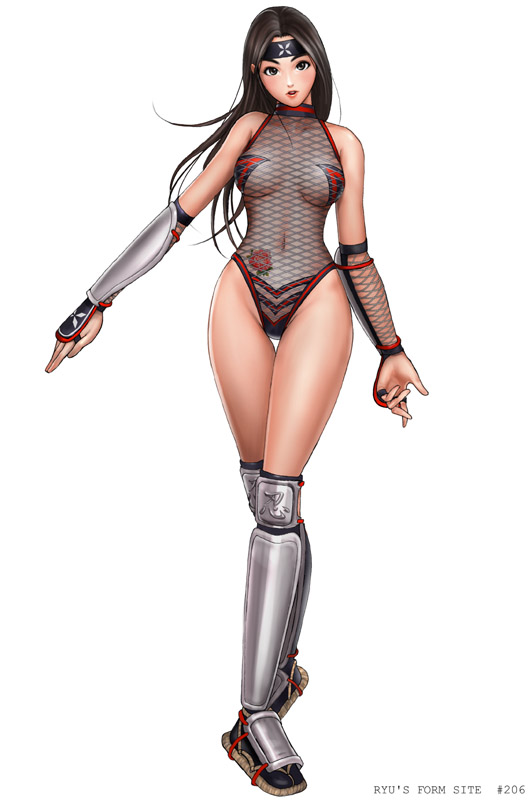 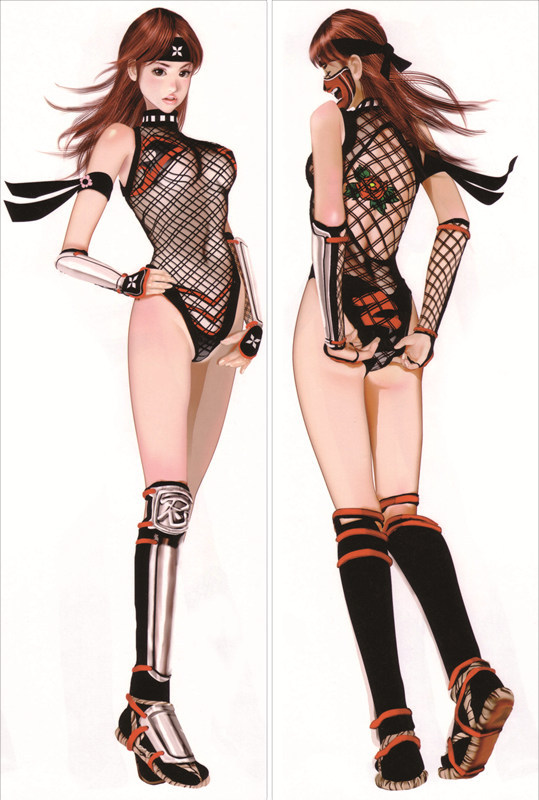 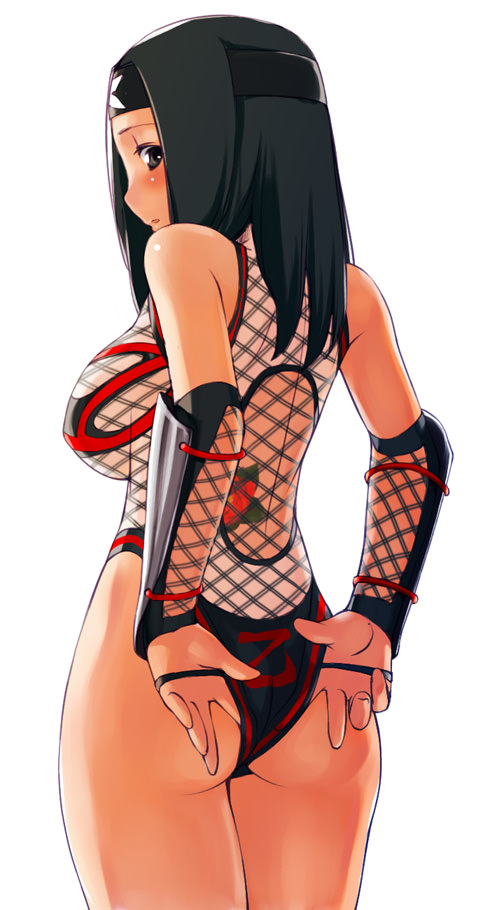 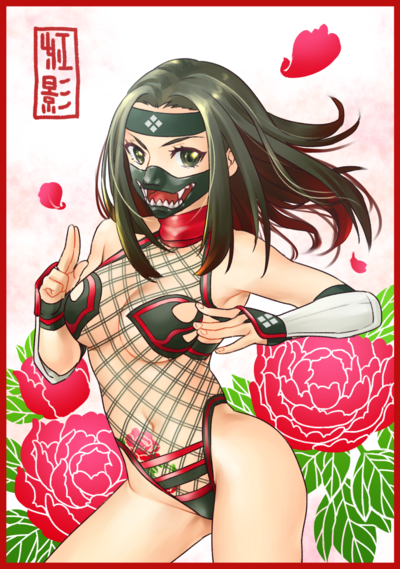 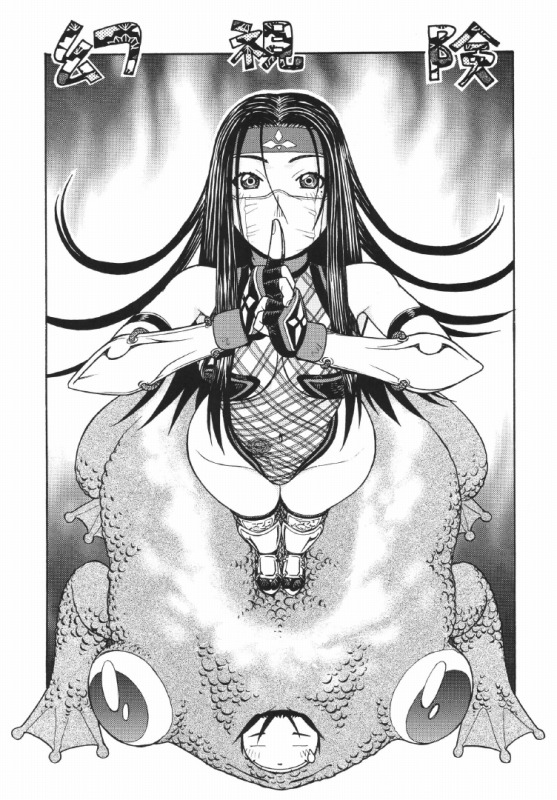 A promo poster from her ill-conceived tag team with Anesthesia. Mercifully shortlived... 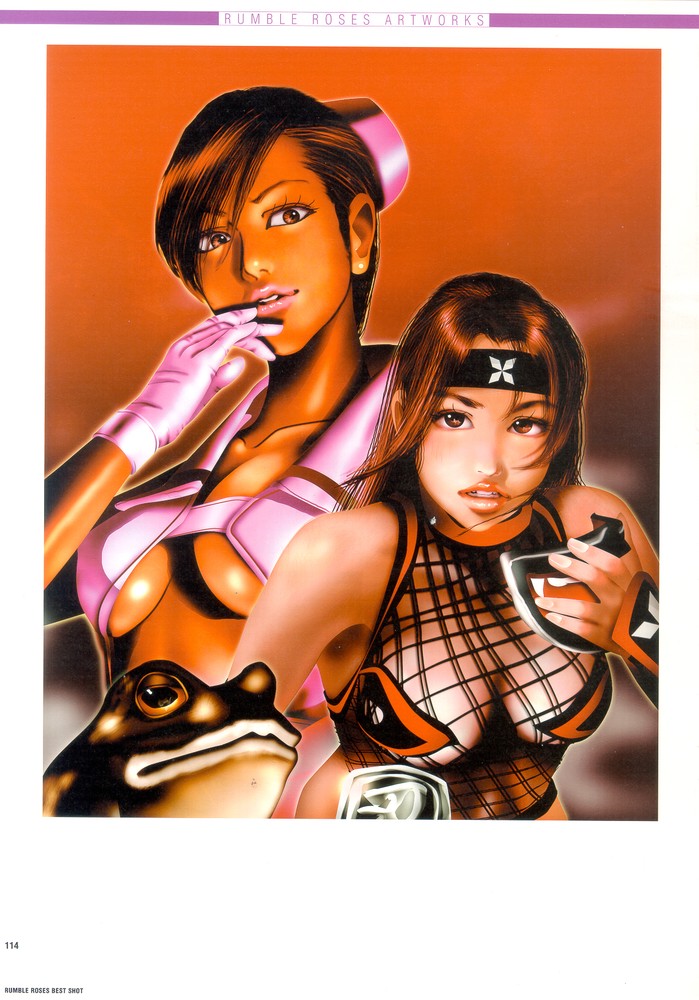 Being stretched to her limits by Reiko Hinomoto. 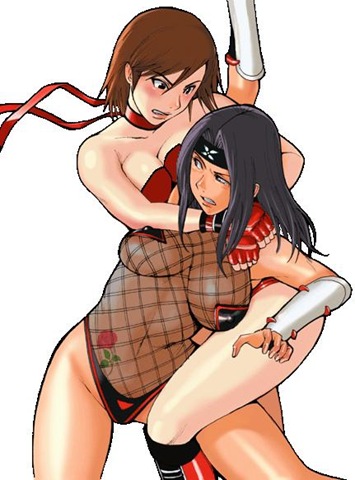 Personality: Mysterious, aloof and emphatically driven towards whatever she sets her mind to. Benikage’s unyielding dedication to the mission is one of her many attributes that has led to her having a near flawless track record…though it has led to her being rather humorless and incapable of associating well with others whom she thinks are no more than a distraction from her cause.

Not to say that she’s completely anti-social…a small part of her actually longs for companionship in one way or another. Her serious demeanor can occasionally being broken if she ever finds someone who can relate to the life she leads…which is somewhat unlikely, considering "government agent kunoichi" is not your typical profession.


Past/History: Benikage has a darkened past cloaked in mystery and shadow…which was no doubt a result of her initiation as an agent of the ninja unit, Onigumo. Expunging her past self was simply one part of her training to become a member of the covert Japanese government agency. Once she was well-versed in the ways of ninjutsu, she began undertaking espionage missions with resounding success, until one such mission tasked her with infiltrating the seedy underbelly of the Rumble Roses wrestling organization.

Numerous encounters with delusional and brain-washed competitors started her on the path towards uncovering the true culprit behind her investigation, the Dark Nightingale Anesthesia. The further she probed into the malicious nurse’s activities the more she was appalled by her findings. Human experiments and black market dealings being only the tip of the iceberg, and the more she uncovered about the nurse, the more Benikage began to develop a seething disgust and personal vendetta against Anesthesia. Never having encountered so vile a woman, Benikage was just on the verge of toppling the nurse’s scheme before being blindsided by the betrayal of her superiors.

Anesthesia had gone over her head and bought out her employment contract from her superiors, leaving her an unwilling pawn under the nurse’s employ. Benikage’s world had been turned upside down, leaving her in the conflicted position of either adhering to her training as an agent for hire, or rebel and enact vengeance against her loathed foe. Eventually Benikage chose to go her own way and fight back against her…but fate had thwarted her ambitions once more, in the form of the Rumble Roses foreclosure. The wrestling organization disappearing overnight, along with all traces of Anesthesia. Thinking she had lost her chance for revenge, Benikage found one last chance to confront the nurse when she heard tell of her resurgence in another wrestling organization…


Dislikes:
-Anesthesia
-Her pale complexion
-Those who lack focus and dedication
-People who are generally loud and overbearing
-Snakes

Fun Facts:
1) She has yet to offer her exact measurements to AFW, threatening any staff member who asks her with several prolonged torture methods and death threats.

3) She practices writing Haiku’s in her free time, though she has yet to master it.

4) Rumor has it that Benikage was born and raised in the ninja village and has known nothing else beyond the life of a kunoichi. 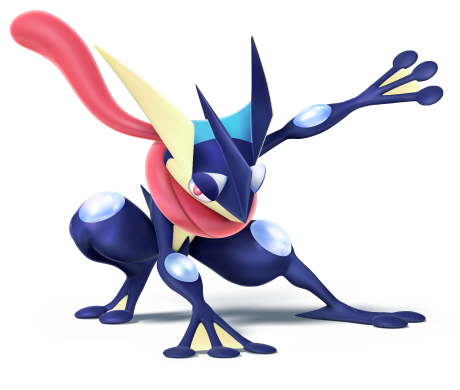 Timeline:
1)Benikage vs. Kozue Kaburagi - Out of the Shadows - Benikage uses this chance to shake off her ring rust and educate a loud mouthed ninja on the true ways of the kuniochi.