Strategy: Ridley is what you would expect from a high flying wrestler and more. Blending her gymnastic skill, and her knowledge of submissions, she created a unique take on the typical archetype. Ridley is more comfortable flying through the air and throwing some quick, energy sapping strikes. Wherever it's her submissions that can twist her opponent in a pretzel, the odd suplex, or her awe inspiring high flying moves, Ridley is sure as hell to put a show.

Felis nigripes  - Pele Bicycle Kick. An handspring version can also be used off the ropes too.

Felis silvestris - Hurricarana, but instead of flipping her opponent onto their back, she flips them on their heads.

C.A.L.O.T.F (Cats Always Land On Their Feet) - Not so much of an attack rather than a reversal cartwheel if someone tries a hurricarana on her. 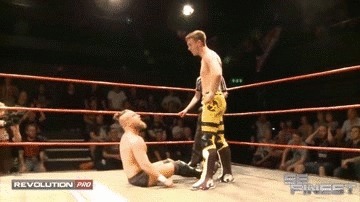 Puma concolor - With her opponent on their front, Ridley grabs one leg and pulls it over their heads, she wraps her legs around the other and stretches the opponents legs apart in a split, putting pressure on their back and the lower body. 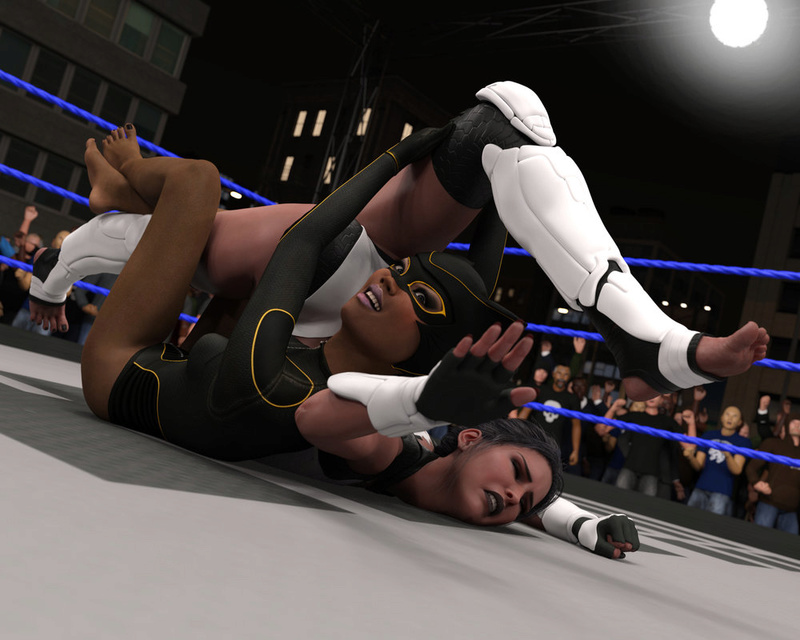 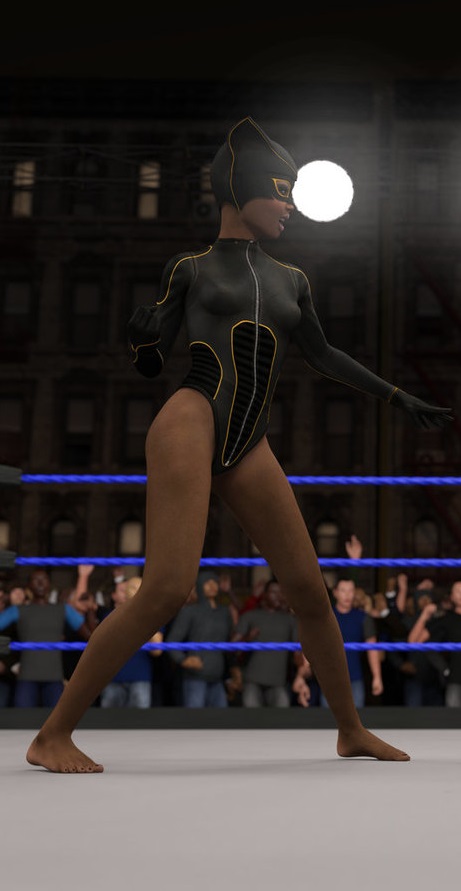 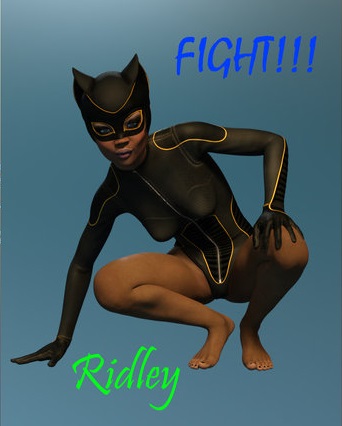 Personality: Ridley is a sweet, kind, enthusiastic and down to earth girl. She just wants to have fun and doing what she loves grants her that. While she has great confidence of her skills in the ring and her abilities as a wrestler, she doesn't come off as an arrogant bitch. Although she can be professional, there are times that she fan-girls over her favorite wrestlers. Ridley doesn't let much in the way of insults against her get under her skin, though she will take it personally if someone mentions her family and/or her upbringing. There are also times when she can be stubborn as a mule and have a never quit attitude. Ridley is overall a nice person to be with.

Past/History: Alicia was born in New Orleans, brought up by her mother and father. Her father was a Major in the US Special Forces and when she was four, he had to leave for a mission. Sadly, he didn't come back and he was killed in action, leaving her mom to take care of the little girl.

Growing up was kinda tough. Having to live through Hurricane Katrina and going into a school where whites were a majority which made her a bit of an outsider thanks to a couple of mean girls in the school. Her father was a fan of wrestling and she grew up with him watching stuff from Japan, UK and of course the US. She has never been shy about her likes. And this tended to get her in trouble with those mean girls, given that she grew up in an area where this type of interests were frankly ridiculed. At first she answered their taunts with a biting sarcasm that to this day colors every single word coming out of her mouth. This however, only achieved the result of getting her beat up and thrown in dumpsters on a regular basis. Not one to take such things lying down, she decided that escalation was the appropriate response. They bullied her with words... so she drowned them in sarcasm. They answered the sarcasm with slaps and kicks in the shins... so she would go fucking ninja on their asses. Keep in mind, she was 9 years old at the time.

Not wanting her daughter to be brought up with anger and hate, her mother arranged a play date with a daughter of her father's friend. She was worried that they wouldn't get along but surprisingly, they did, becoming friends almost immediately. It also helps that they both like wrestling so they hit it off just fine. Alicia and her friend would make their own ring in her backyard and they would practice some of the moves that they would see on television. Yeah, they didn't take heed to the warning to not try those moves at home and they have took several visits to the hospital. But it was a great release for her and as long as she wasn't growing up in hate, then it was all good for mama. The rest of her childhood went well. Although she had dreams of being in the ring and perform.

Alicia decided to pursue a career in wrestling, taking part in some small indie leagues in Louisiana and Texas. It was a tough start, spending her nights on the losing side of things. It was then she knew that the road to become a great wrestler was a long and hard work. One that she was willing to take. With each loss, she grew in experience, finding out what worked and what didn't work and developing her own style. She always loved the high-flyer archetype, but submissions was also something she liked. So why not combine the two? Alicia now came up with her own unique style through blending the moves that had proven themselves successful. After this she began to pick up wins rather than more losses and even moved to another league in Mexico, where she created the Ridley persona that she now uses, picking up the cat mask and began to wrestle with it.

Alicia traveled over the US, going from league to league and even did a few cameos, building up her experience as she went along. Seems that she became noticeable enough to get an invitation to join AFW. While she was excited, she was a bit uncomfortable leaving her home, her friends and family behind. But her mother wanted her the best and to follow her dreams, plus her father always loved to go to Japan to see wrestling there. So with a sad farewell, Alicia headed to Japan, ready to start a new chapter in her career. She had only wished her father was there to see it. But she knows he will be rooting for her in the heavens...


-Alicia isn't racist, but she hates the word "Nigger". She doesn't even use it in a joking matter so best not to use it around her.

-Alicia isn't really a cat lover, but the costume was taken from inspiration of her favorite comic character, Black Panther.

-She tried using the whip with her ring persona like Catwoman. But an accident involving hitting a fan made her throw it away...