Strategy: The older Wonder is a powerhouse, often relying on her pure strength in a match, in exchange of having mediocre speed. Still, her display of strength is not to be scoffed at, as she will use grapples and holds that require her using her physical strength. She is more like your traditional wrestler who uses minimal strikes in return of having superb skills in grappling her opponents.

Style: A grappler through and through, the older Wonder often uses throws and submission holds in the matches.

Preferred Attacks: Athena seems to prefer throws and holds, though she's overall a pretty rounded wrestler, albeit a power-based one. 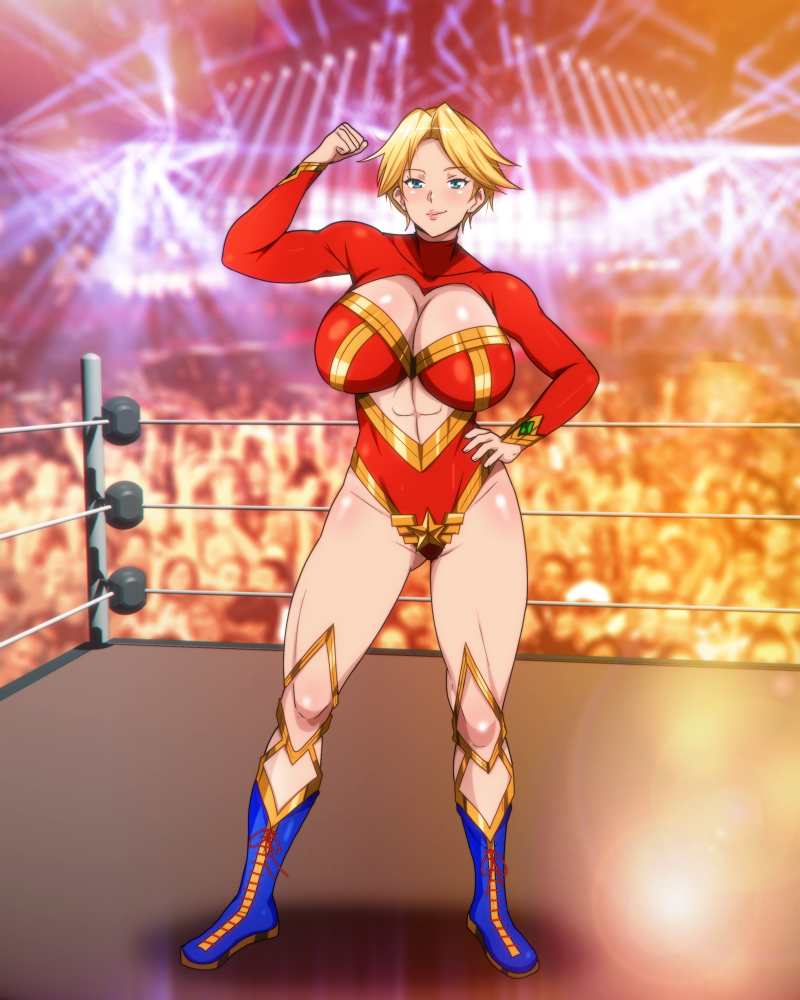 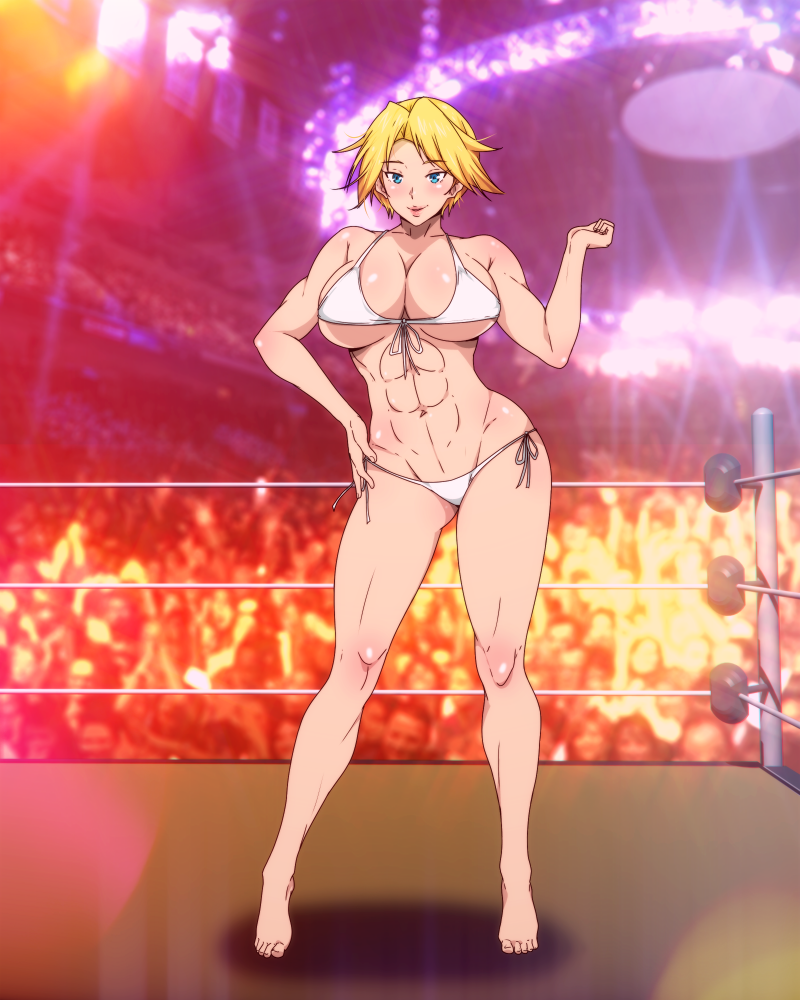 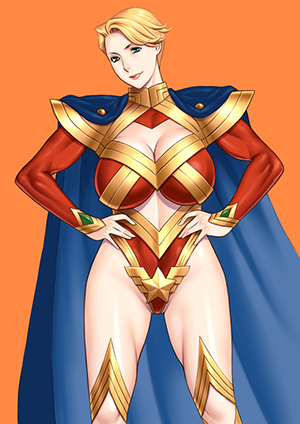 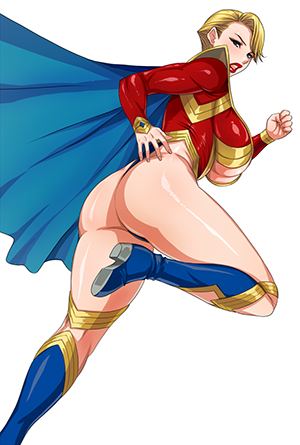 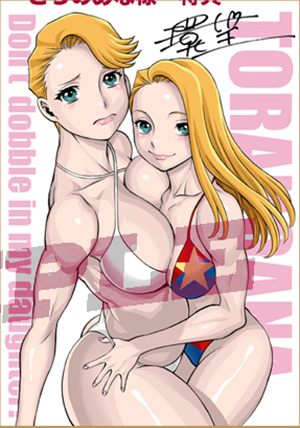 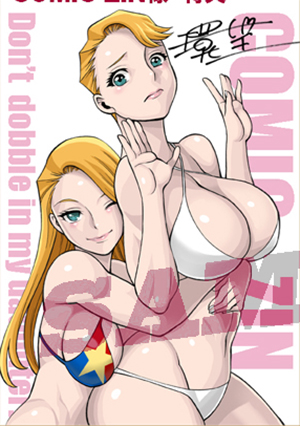 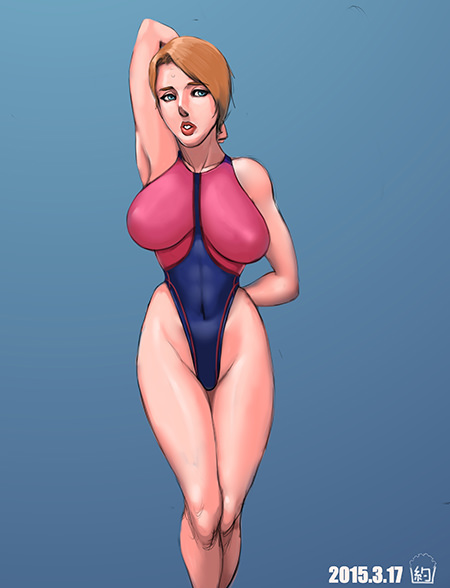 Personality: As a person, Athena is demure and reserved, a stark contrast to her daughter, Clara, who is outgoing and feisty. It should be difficult for both of them to get along with each other, but they manage to do so due to their mutual love for wrestling. Athena is very protective towards her daughter, while Clara adores her mother, which is one of the reasons why they end up becoming a tag-team in the first place.

Athena has a slightly somber disposition due to the death of her husband. In contrast, Clara remains upbeat and cheerful after her father's death due to his last words telling her to always smile for her mother's sake so that their lives will not always be shrouded in sadness. Both of them need each other as their supports, as Athena needs her daughter to keep her from spiraling into deep depression and Clara needs her mother to reminds herself of what she has lost.

Her daughter means a world to her, and will support whatever endeavors she has.

While Athena is generally a good-natured woman, she is not without a moment of selfishness. Being an experienced wrestler with a storied career, she can be somewhat prideful and a bit of an elitist, and sometimes can be irrationally antagonistic to other people She will usually realize how bad she is when she finally comes back to her own senses, though.

Past/History: Athena Wonder met her future husband, Satoshi Haruka, during her wrestling tour at Japan. Already a professional wrestler for almost two years, Athena would soon fall in love with Satoshi and got married with him. Satoshi would serve as Athena's personal manager during her tenure as a professional wrestler at USA, and Athena soon gave birth to Clara. After their daughter's birth, Athena decided to retire from wrestling, and decided to live in Japan with her beloved husband and daughter.

For sixteen years, Athena and her family lived in peace, enjoying their lives to the fullest until one day when Satoshi was involved in a traffic accident, which caused his death. Due to his death, Athena's disposition had become somber. After that, Athena began training Clara in professional wrestling, and they would fight as a tag-team and win several matches as they joined an independent wrestling circuit for several months before they received an offer to fight in AWF. Seeing this opportunity to increase their prestige and fame, they joined AWF and prepared themselves for their debut match.

Fun Facts:
Despite regularly having threesome/foursome with her daughter and other men, their love towards each other remains strictly familial.
Athena seems to prefer living in Japan and has gone native after marrying her late husband.
Still maintaining a great figure even in her forties, Athena has been regularly working as a gravure model, and proudly calling herself Super-Milf due to her appeal.

Re: Athena Wonder - The Eighth Wonder