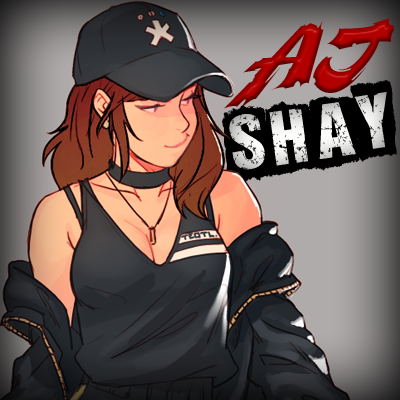 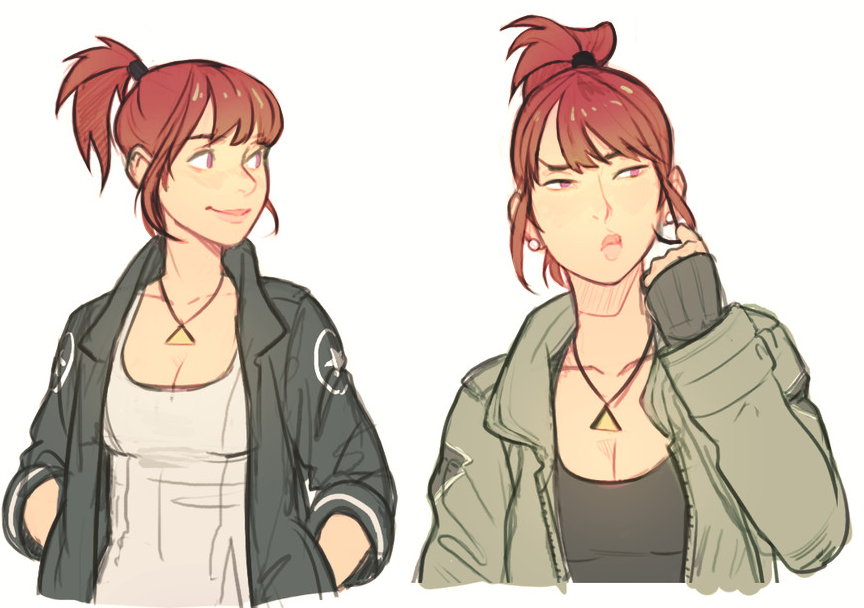 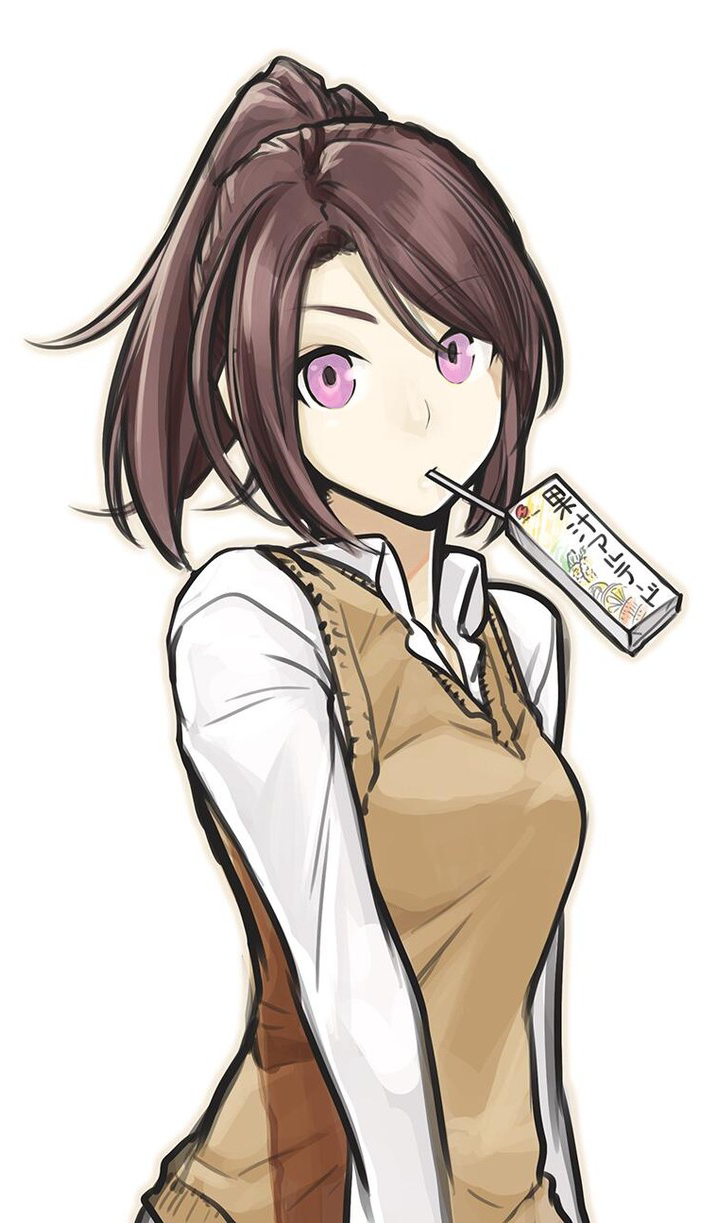 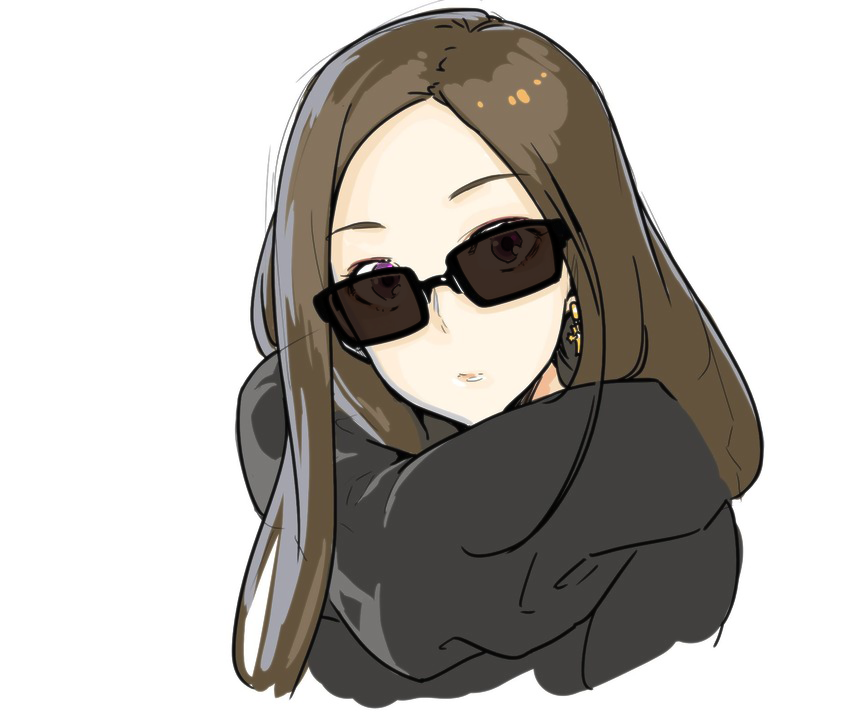 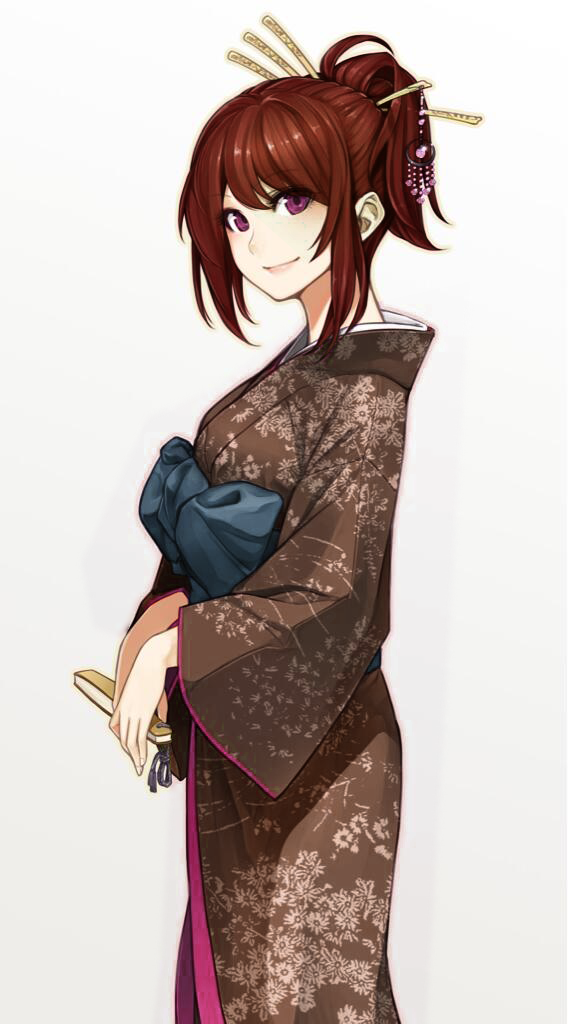 Strategy: She seeks to keep the pace of the match slow, while presenting the crowd with an entertaining match via the presentation of her various holds and take down techniques. Though she is a submission "specialist", she rarely focuses on one body part to push for a win, instead she tries to draw a match out and wear her opponent down entirely to the point she might be able to effectively use her finisher in an attempt to gain recognition. She knows the life blood of the industry are the fans, so goes above and beyond to try and make her work in the ring entertaining and hopes to one day have a flashier arsenal moveset under her belt.

Endurance:
While she has a large reserve of stamina, she is reliant on dictating the pace of a match. If a match-up allows her to go slow and steady, she could go indefinitely. If she is forced to keep up with someone far faster than her, she burns out quickly.

Strength:
While lacking outright physical power, she makes up for it be redirecting momentum or making use of leverage. She has much room for improvement moving forward.

Speed:
Alexa can be quite elusive, but not fast. With her current experience, she hasn't had need to improve here yet.

Defense:
Exceptionally good at being stretched and pulled, she is able to take quite a beating when it comes to most submission moves. She lacks experience when dealing with strikes, slams, and other power moves however which lowers her potential.

Technique:
With past experience in amateur wrestling, she had a lot to offer when it comes to ground and submission techniques. However, she is as green as can be in the field of professional wrestling and struggle when faces with anything not based on groundwork.

Striking:
She has improved slightly since coming to Japan, her chops and forearms hit pretty solid.

Submissions:
When it comes to ground submissions, Alexa is well prepared. She is capable and trained to lock someone down or turning such moves against her opponent. Outside of more traditional ground based submissions however, her lack of experience with professional wrestling and the inventive techniques used within, blows her ability out of the water.

Powerhouse:
She has improved slightly since coming to Japan, incorporating suplexes and mainstay slams to her arsenal.

Aerial:
She has an intense fear of making use of the top ropes and performing high flying maneuvers. She is however, trying to get over this, and actively working to improve. Her hope is to someday incorporate a flashy aerial move as her finisher.

Countering:
Alexa's strongest attribute is using her opponents momentum against them. By in large a defensive wrestling, she often is able to slip by or convert her defense into offense.

Fisherman Suplex (Hold): One of only standing grapples she has gotten the hang of, she is capable of performing and bridging the move for pinning potential.

Giant Killer: A modified dragon sleeper which incorporates body scissors. The most effective tool in her kit, but ONLY if she manages to lock both parts in completely. Due to her inexperience in the ring, the flexibility she has to set up the move is limited. She has yet to be able to apply the full hold in a real match, and only was able to during sparring when she was allowed to complete it. Her sparring partner as well as her trainer were both however unable to break the hold when it was applied, speaking toward the potential this has if she ever perfects it.

Outgoing:
Always wanting to grow in mind, body, and experience she will rarely turn down something that is new. She throws herself into just about anything she does full on.

Naive:
She takes people at face value, making her an easy mark for people using underhanded tactics. She is blind to the potential backroom politics and deal making that might go on around her, opting to instead just work hard and earn her keep.

Driven:
Determined to always be better and never stop improving, she loathes to sell herself short. She will push herself to overcoming most anything put before her, for better or worse.

Loyal:
Her word is her bond. She is open and honest, with an unwavering loyalty for her friends and allies.

Bleeding Heart:
Very empathetic to everyone, including her opponents. A terrible disposition for someone in competitive competition, which will no doubt be taken advantage of in some situations. One of the only things that will dial back her forward push to be better is the fear of going overboard and seriously hurting someone in the ring.

Fair Fighter:
She will never use a dirty trick, foreign object, or even take advantage of an unfair situation (such as outside distraction). A do-gooder through and through, no victory obtains through cheating is one worth having. The only time this may not apply, is if she is coming to the aid of a friend/ally in distress who is being put in harm's way.

Past/History: Starry eyed with a big heart, Alexa was always a champion for the downtrodden. Snippy girls making fun of someone? Bullies roughing up someone on the playground? She threw herself at any obstacle to try and uphold what she perceived as justice. It often times ended with having to shave gum out of her hair, or the odd bruise or black eye, but she always took the consequences for her actions with a big smile. She could always stomach the pain or humiliation knowing she had done right by someone else, and that was enough for her. Heroes are selfless, courageous, and above all else, larger than life.

The "Steel Body" namesake, while not known within, is the legacy of her family. Originally belonging to the legendary Robert "The Steel Body" Shay multi-time champion with a vast variety of belts over several promotions. When he retired, the name was pasted on to her father who had all the makings of a second legend to bare the name. His career however was cut short after suffering a devastating near death neck injury in the ring. Despite professional diagnosis that he would never walk again, her father made a miraculous recovery though he was never was able to step back into the ring. With the legacy of her grandfather, and bearing witness to her greatest hero, her father, overcoming everything in the face of all the odds she grew up with an unwavering sense of duty to carry on the family name. Her family, while supportive, have always worried she dives headlong into things far too often.

Throughout high school she participated in a variety of competitive sports, none gained her more recognition than amateur wrestling. Holding a few accolades in both a female and mixed division for her weight class on a regional and state level, she was an incredibly promising prospect. Turning down college scholarships, she instead enlisted in professional wrestling camps and training centers to start her rise to reclaim the family name of "Steel Body" and do her father proud. Things have been going slower for her than she had expected, widely considered too green to step into a ring just yet, she is often called "The Iron Guppy" in the back, mocking her linage.

Memento Collector: Wherever she goes, a trunk filled with memories follows. Trinkets from home, friends and family almost always accompany her. These range for scrap collections, yearbooks, pieces of jewelry, a clunky old boom box that belonged to her father's gym back in the day. Among all her prized possessions is her right elbow pad. The pad itself bares an old logo of a shield with muscular metallic arms flexing, though most of the grandeur is gone from it now, a good chunk of the image flaked off or faded. This item belonged to her father in his professional wrestling days, and has since been modified to fit her.

Spicy Connoisseur: She handles spicy food without breaking a sweat and can often be found eating hot food. Many people have thought twice about seating her lunch as a result.

Super Fangirl: She is completely enamored with the concept of super heroes and justice, and outwardly expresses this in how she behaves. She positively loves when her fellow wrestlers have "cool" intricate costumes or gimmicks made to replicate the looks or ideals of superheroes.

Stranger in a Strange Land:

1: [T] Practice Makes you Perfect(ly Sore): A late night of solo training brings two rookies together.
2: [S] Cafe Research: New to town, Alexa does some research about AFW talent and happens upon a few new friends that set her on a good path to get started.
3: [C] Challenges before "The Challenge": Trials and tribulations leading to the end game of challenging her new favorite wrestler, The Black Fang.
4: [P] Could this be the end of... THE BLACK FANG?!: Dawning a new guise, Alexa takes to the stage to issue The Black Fang a challenge she surely cannot refuse.
5: [M] The Black Fang vs. Sien Teist - Old School:[Standard Match] Challenge made and accepted, it's time for Alexa to face her new favorite heroine in the ring!
6: [S]  "Random Encounters" After finally facing hero hero in the ring, Alexa waits backstage to have a few final words before meeting up with her best friend Ryoko.
7: [M] Wrestle Angel and the Rookie:[Standard Match] Stepping into the ring with a Wrestle Angel veteran, AJ hopes to show off her talents as her debut match as herself!
8: [S] Angel Spotting: Knowing she still has a lot to learn, AJ seeks out her latest competitor in the ring, Suzumi Ishikawa, for some wrestling advice from the veteran.
9: [M] Determination vs Grace:[Standard Match] Armed with a few new moves, a reinvigorated AJ tangos with the most graceful of opponents!
10: [M] Arachnophobia:[Standard Match] Booked to face another former Wrestle Angel, her new opponent couldn't be any further from her last experience.
11: [S] Something About Us: Suffering from her own personal failures, down on her luck, her best friend Ryoko attempts to talk to her.
12: [E] Ready or Not: Alexa has a brief encounter with Spider before one of the former Wrestle Angel's matches.
13: [S] Eye of the Tiger: Alexa approaches her wrestling hero in hopes of becoming better.
_________________