Favoured moves:
High Flying Quick Attacks and Counters
Finishing move/s:
-Prey Catcher: A move where she stalks and waits for her opponent to get out of a groggy state before leaping on to them, slashing and punching at them.
--Devils Drop: A diving attack where she flips forward into the air, landing her two feet on to an opponent and or herself.
---Tiger Suplex: Exactly as it is.
----Supernova: A rising kick/ backwards somersault.
---Tigressa: After a series of chops then Irish whipping her opponent into the turnbuckle. She will then run up to them getting onto the top rope and slashes to the face just before performing a winging hurricarana.

Past: -An often happy individual with a love for wrestling. Whatever she pursues she does so with a passion near unmatched by others, never feeling like such to give up. However she tends to get cocky often, something that happens rather often. 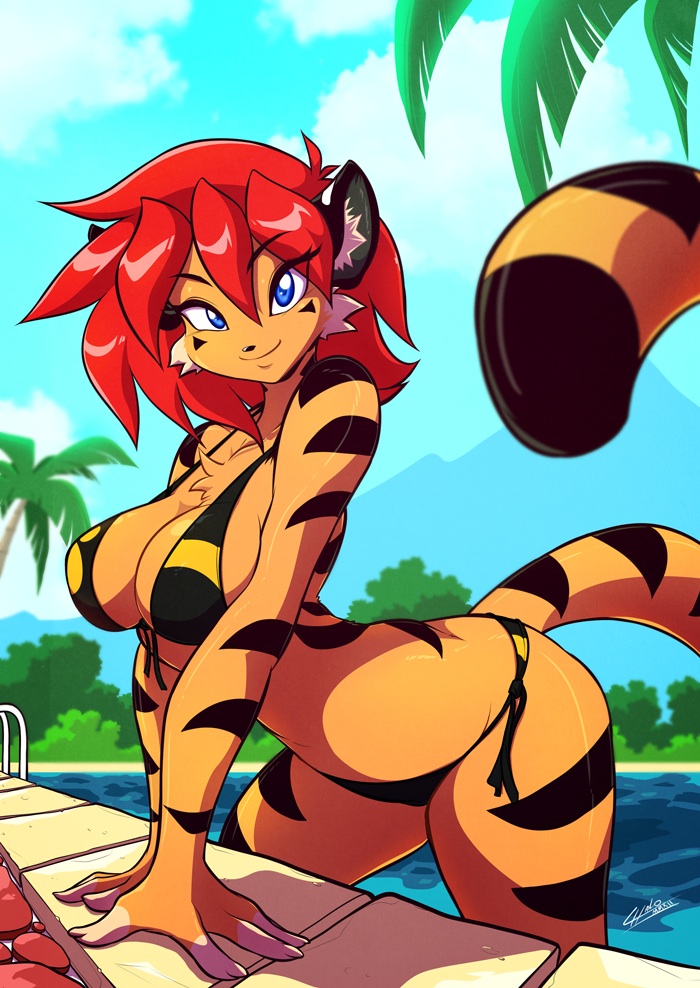