I Can't Fix You - The Living Tombstone:

Strategy: An unpredictable mess often govern by how her mood swings rather than any real plan. She is a creature that feeds off her opponent, drawing in whatever emotions are being presented to her and thriving of of getting the biggest reaction possible. She likes to keep her foes guessing and surprised, treating most bouts like a sick little game where she is a predetermined winner and her opponents exist only for her personal amusement. Her mental health is in constant question, often taking time during matches to take advice from the small plush trinkets she brings to the ring or rambling incoherently to herself.

She always seeks to gain the upper hand early in a match, hyper focused on aggressive tactics to give her opponents no quarter. While a capable fighter, she goes out of her way to use dirty tactics, less out of necessity than the pure delight it gives her. Orchestrating situations to usurp the rules she will make use of cheap shots, foreign objects, or even outside interference. She will regularly try to take matches outside the ring, to deal as much initial punishment on her opponents as quickly as she can with the use of less forgiving surfaces than the ring canvas provides.

She bores easily if a match drags on or the person she is facing proves to not fill her needs for entertainment value on that particular day. At this point if she isn't able to put them away and win the match, she will lose interest entirely and simply try to do as much damage as possible to her opponent regardless if it means a loss by disqualification. She will actively try to maim opponents who are not amusing enough at this point, making it so they are unlikely to ever be paired together again... assuming the other person ever recovers enough to wrestle.

Style: A personalized mix of Professional Wrestling and Muay Thai.

Preferred Attacks:
- Creative use of her environment/foreign objects.
- Lethal kicks and elbow blows.

Endurance:
As a seasoned hardcore wrestler, Serena is built for absorbing a large amount of punishment.

Strength:
Capable of lifting and handling wrestlers slightly larger than her own size range. She delights when being able to manhandle small opponents.

Speed:
Remarkably swift when roused to action, she often fails to make use of her potential.

Defense:
Openly invites whomever she faces to hurt her. Pain is a tool and motivator in her eyes.

Technique:
There is a distinct lack of polish to most of her wrestling. It's clear she is less concerned about efficiency as long as she is enjoying herself.

Striking:
Armed with a lethal array of kicks, knees, and elbow strikes with intent to maim.

Submissions:
If a body part can be pulled in an unnatural direction or circulation can be cinched off she will likely make use of it. Her preferred application of holds is centered around restricting movement and getting to know her opponent better.

Powerhouse:
The majority of her early offense is built around being able to take her opponents off their feet with lifts and throws.

Aerial:
She will never climb the ropes or take high risk dives. Drumming up support from the crowd with flashy moves is a pointless novelty.

Countering:
She will punish any wrestler to tries to take to the sky, using her kicks to swat them from the air.

Lasso Kick: Seren preforms a high kick directed at an opponent's head, neck or shoulder. She will hook her foot behind them, and use her leg to redirect her victim. She will normally use this to throw her victim into objects or pull them closer for another strike.

Crown of Thorns: From a standing or running position, Seren jumps to trap her victim's neck between her legs and deliverers a devastating double elbow blow to the head. If they fall backwards, she will ride them to the mat, if they fall forward or somehow remain standing she will hop off. 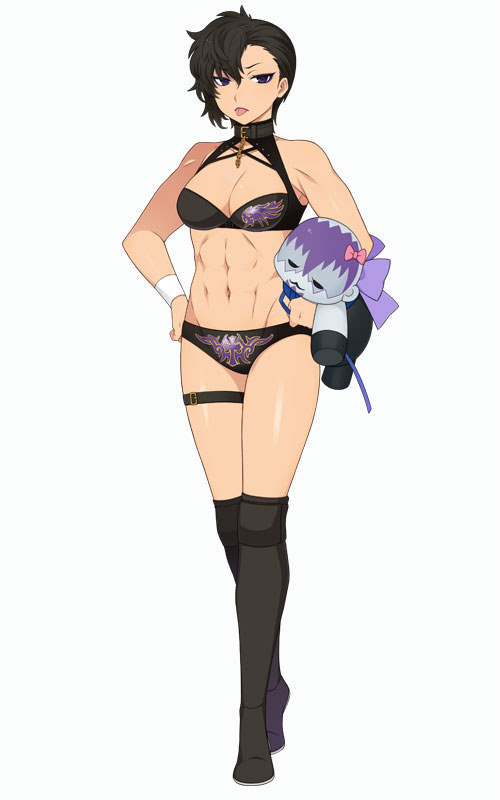 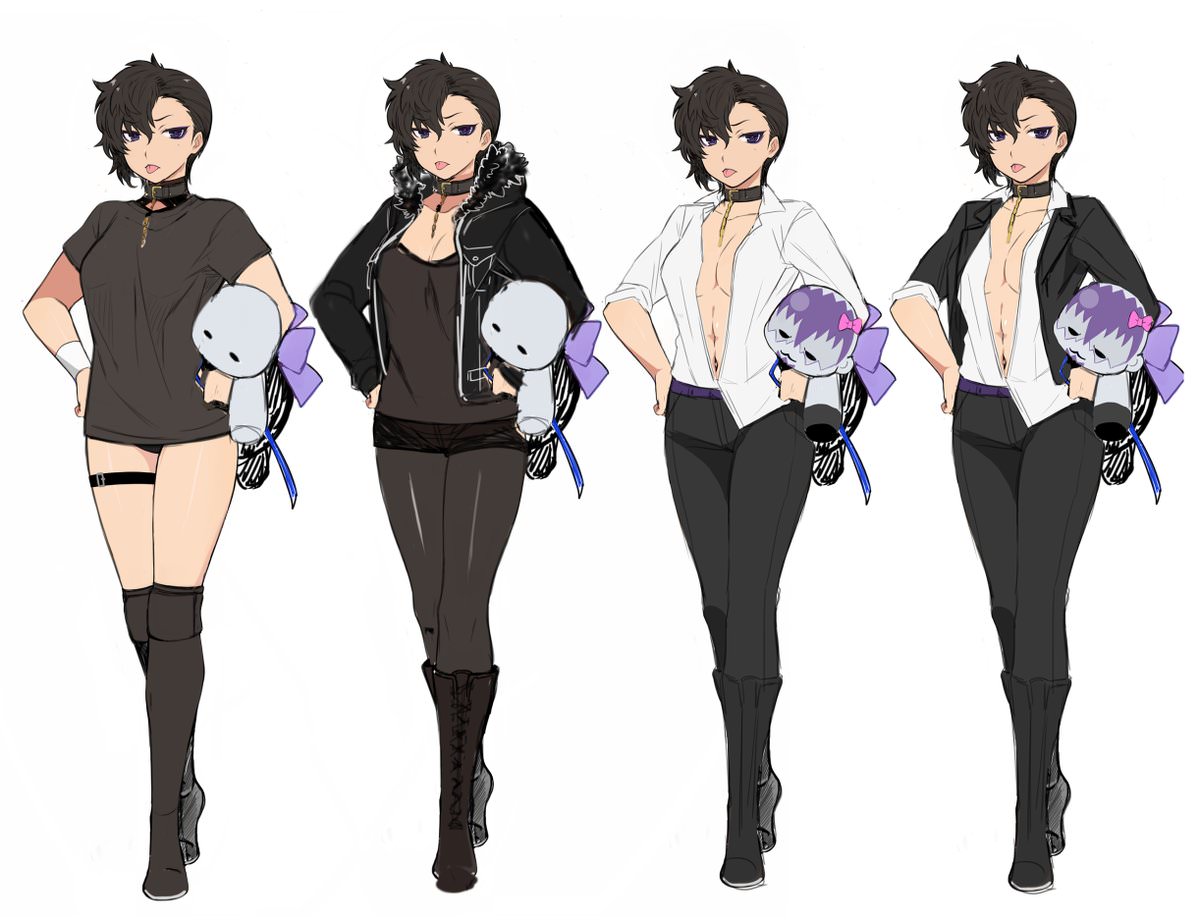 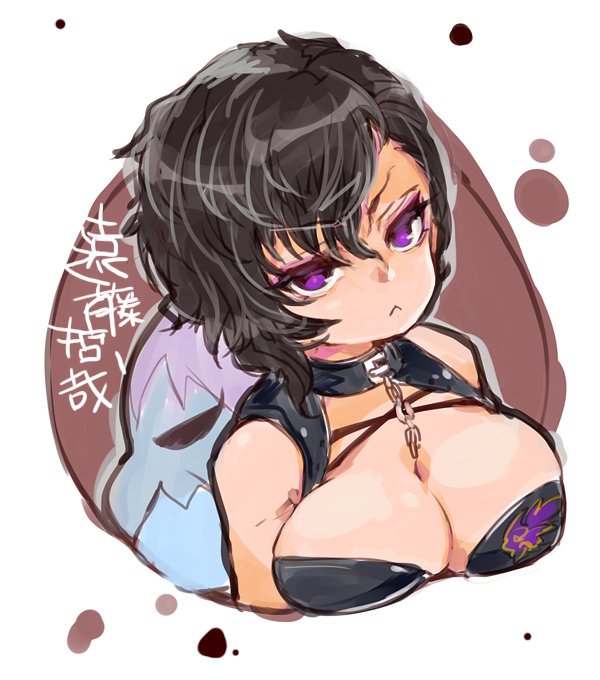 Personality:
She has been described as unsettling and solitary when not in the ring. She rarely speaks to anyone save for herself, preferring instead to watch other people as if they were a strange attraction. She has a distinct lack of empathy which fuels the almost childlike mindset in which everyone exists simply for her. In her eyes, the whole of the world is a game, and each time she steps into the ring is a play session with a new toy. Unfortunately for those opposite her, she has a nasty tendency to break her playthings. For those she likes, she comes across as eerily playful for those who draw her ire she is incredibly malicious and will stop at nothing to bend them to her will. To her every action she takes is justified, while things she dislikes are labeled as cheating. She is riled to anger easily when things fail to go her way or people refuse to act how she wants them to.

March 2014. The first recorded instance of subject becoming employed with small wrestling promotion named Empire Falls Wrestling operating out of Yorkshire. Several former talents instantly recognize subject by appearance and cite subject reason for their leaving the promotion, or wrestling all together. None were willing to offer anything further, asking to be left alone on the matter. Attempting to find records regarding her, or most any other talent of the promotion has been difficult as the promotion shut its doors in April 2014 and filed for bankruptcy with Her Majesty's Government. When attempting to reach out to promotion owner for former employee records, they claimed all of them had been personally shredded. When asked to comment further, he refused.

June 2015, wrestling promotion "The Hunter Gallery" two female talents back stage were physically assaulted, one of which was rushed immediately to emergency care. While never officially named on the report, a class action lawsuit was settled out of court. Three plaintiffs, including the two previously mentioned refused to comment on why the lawsuit was dropped. Hunter Gray, owner of the promotion suspects the former talents had been strong armed into taking a payout and signing a NDA regarding the incident. Mr. Gray took manners into his own hands by removing subject from all future show dates. Restraining orders were filled by Mr. Gray and several unnamed talents against subject, restricting her from coming within one hundred feet of any publicly announced venue. An arrest was made for breach of terms of restraining order. Bail was posted, subject was released from holding. An appeal was filed with Crown Court  which overturns legality of restraining orders under grounds of insufficient evidence provided, citing no prior convictions. Previous hearsay rulings which led to instatement of restraining orders is overturned and rendered inadmissible.

November 2016, subject is officially employed by wrestling promotion Derby Independent Wrestling. Over the course of five months, several talents are removed from active employment due to work related injury. Popularity of promotion grows, merging with two other local organizations to become United Front Wrestling. Promotion re-brands itself as being premiere source for 'hardcore' wrestling within the east midlands. At this time a catalog of recorded shows were obtained featuring the subject. At this time, subject obtains numerous accolades and becomes a headline attraction for promotion.

Lethal Snuggle Buddy: Always at her side is a odd plushie Seren refers to as "Baby". She is almost never seen without "Baby", even in public settings far removed from the AFW arena. She is incredibly protective of the plushie, not allowing anyone but herself to hold or touch it. During hardcore matches, or after providing a distraction in matches with DQ, she will assault her opponent with the plushie. The unwieldy plush is more lethal than it appears as most of its body stuffing has been replaced with lead weights.

The Collection: Over the years Seren has been part of many promotions and wrestled a wide variety of men and women alike. Within her home is a vast collection of small chibi plush dolls, each hand crafted to look like every single person she has ever faced. The state of these plushies vary, those who represent people she has defeated are kept pristine, many of them accompany her to bed at night. Those which represent wrestlers who have bested her don't fare as well. She will tape them to her punching bags during training, devote a small part of her day to stabbing them with sharp implements, or make deforming adjustments to the dolls by removing stuffing, button eyes, or limbs. Along with "Baby" she will carry with her a small daisy chain of these battered plushies with her, letting them drag along the ground where she walks. At the end of the day, each of these plushies will be placed back on small nooses which hang from her ceiling until she takes them down for another round of punishment.

Resident Creeper: She will sometimes stalk opponents she has defeated if they proved to be memorable. Sometimes devoting an entire day to follow them around through their daily routine.

I see you: She doesn't seem to blink, ever.