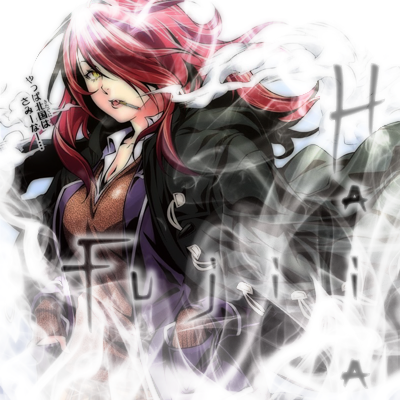 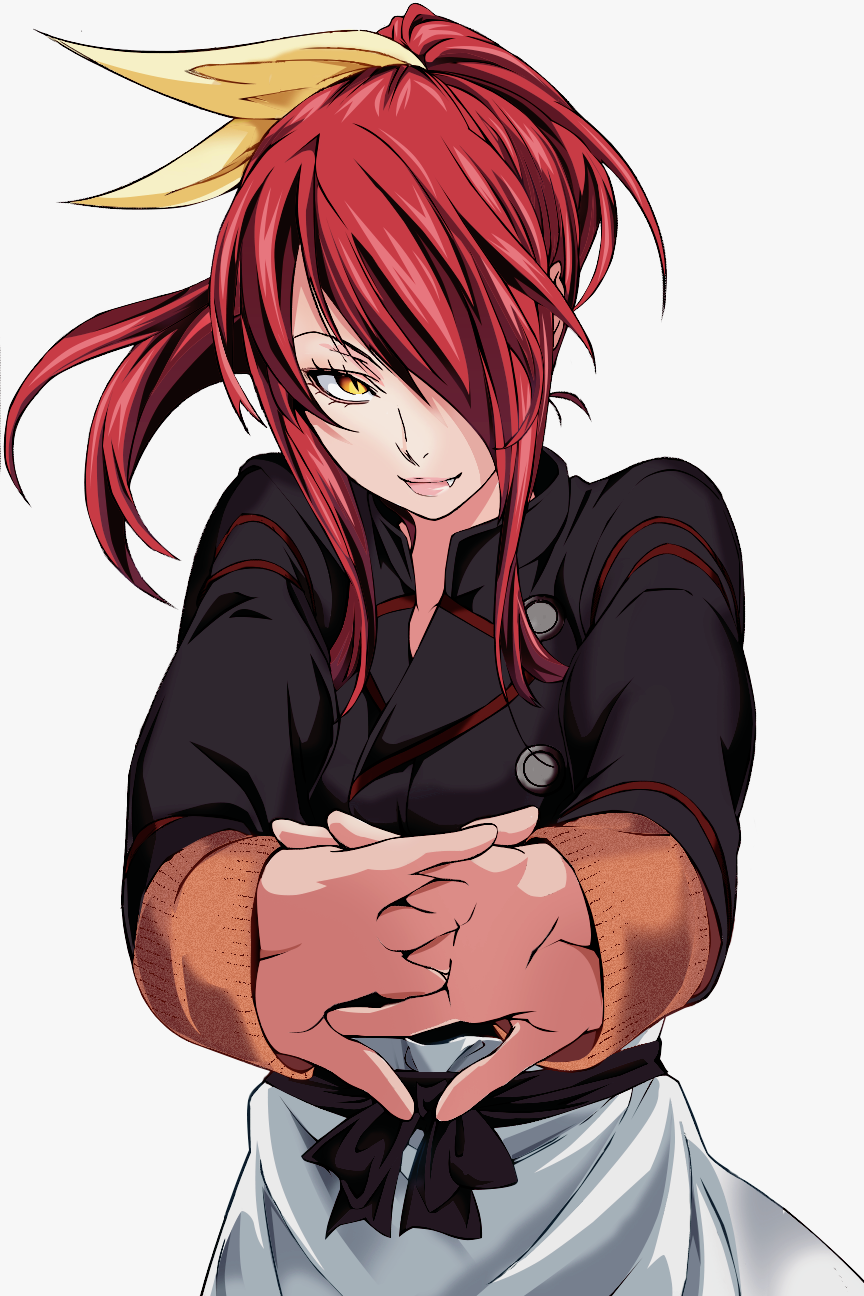 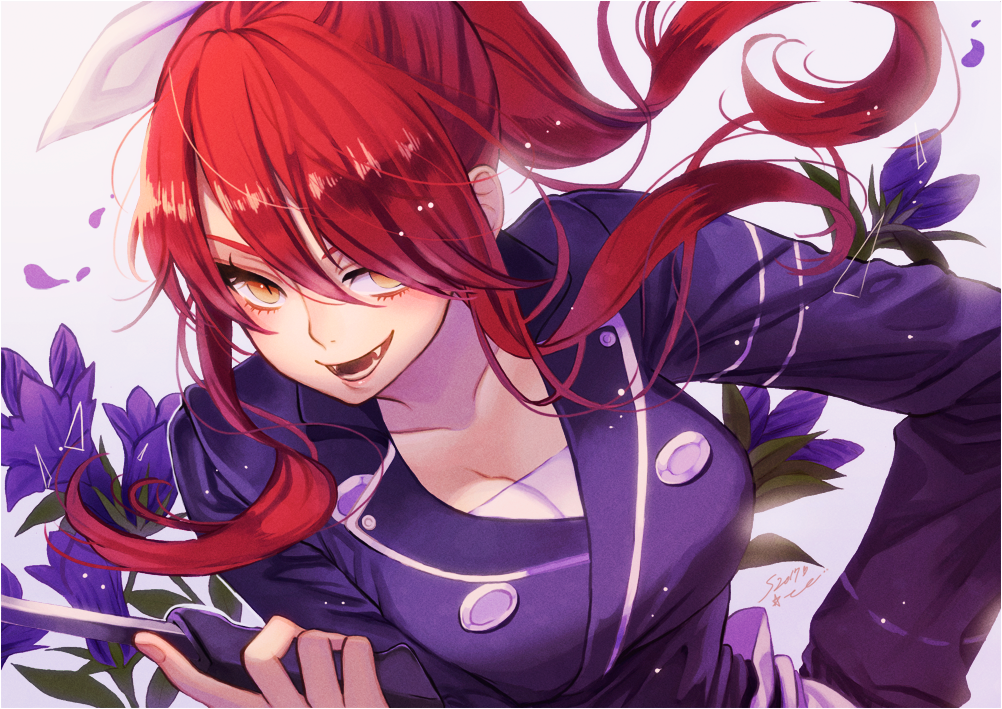 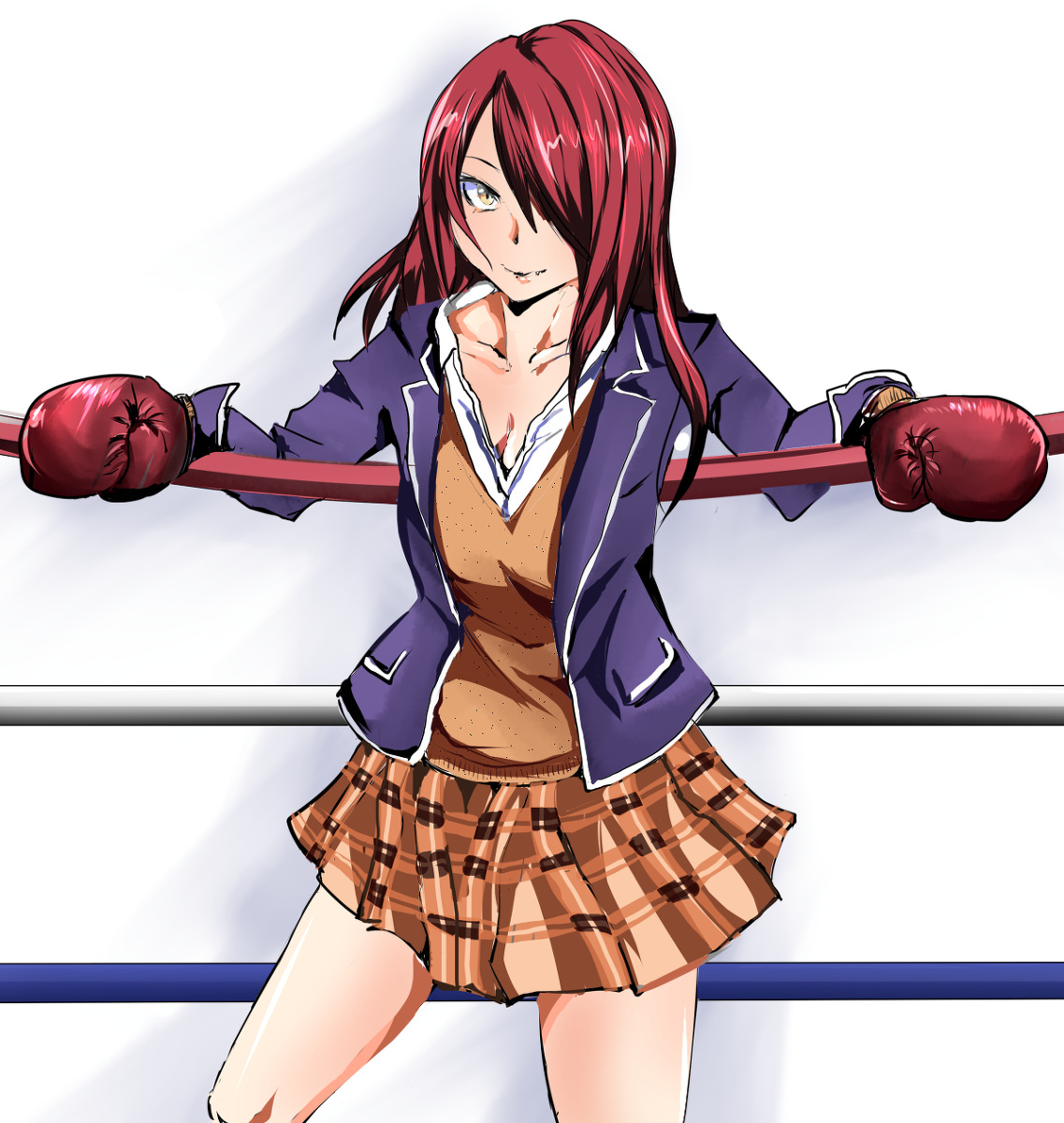 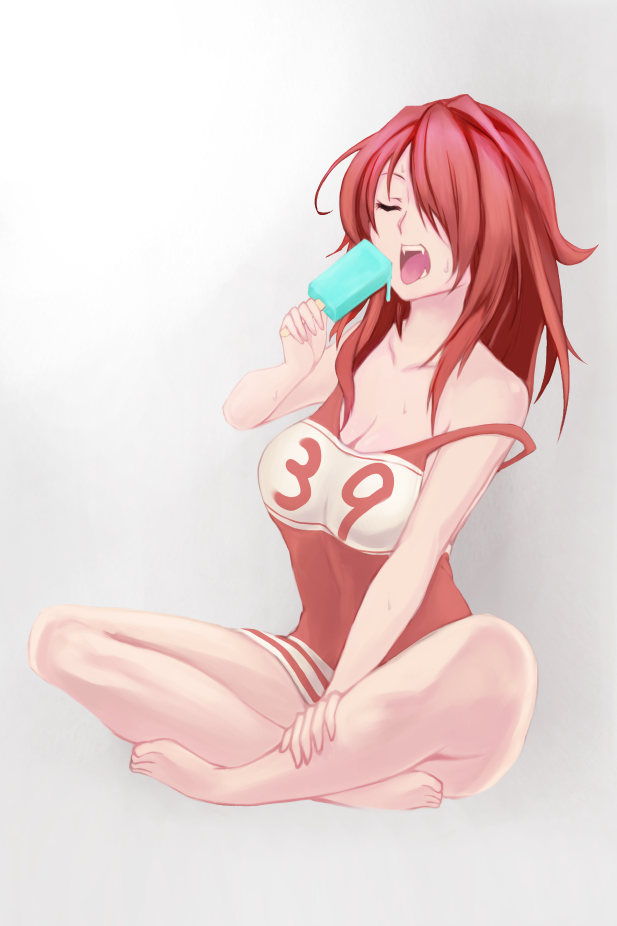 Preferred Matches:...Boxing? (She will do anything)

Strategy: With slightly longer arms than most girls her height, Haia has superior range over most girls in her weight division. She makes use of staying highly mobile on the outside to soften up her opponent with an overwhelming amount of easy to maintain jabs until an opening presents itself. Extremely hard to hit, she looks to frustrate her opposition into making bolder moves to capitalize on. She will very rarely come up at a loss in early rounds unless something goes horribly wrong. Later rounds, depending on how well her offense has gone, her high mobility becomes too difficult to maintain.

Haia's primary raw strength comes from her incredibly strong counter punching. She maintains her bubble with jabs, but once someone steps inside with her, she will always seek to evade and escape while leaving her opponent with a firm reminder not to come in on her. She had been criticized for an unexciting fighting style, especially with how long it can draw bouts out into the later rounds. Her more aggressive opponents will find her tactics cowardly as she is always skirt away from attempts to get in slugger range, and clinch up any time she feels remotely in danger.

Endurance:
Above average toughness, she is use to taking strikes. Slams and submissions in a wrestling bout wind her more.

Strength:
While not exceptionally gifted, she is no slouch when it comes to putting power behind her moves.

Speed:
Naturally quick, she can fire off punches lighting fast when needed.

Defense:
Solid form but weak under too much fire. She prefers to be evasive.

Technique:
She has has a remarkable mind for her footwork and reach.

Striking:
Quick sharp hits, an expert and whittling down her foes with well placed shots.

Submissions:
While in wrestling she would be physically capable of doing moves like this, she has no experience.

Powerhouse:
While in wrestling she would be physically capable of doing moves like this, she has no experience.

Aerial:
Are you kidding?

Countering:
Her entire style revolves around keeping people at the edge of her range and counter punching when they step past.

Snap Back: Haia will flow with a direction she is hit, and circle back to counter punch with the carried momentum.
Sidewinder: When avoiding lunging punches, Haia with step towards and past her target to avoid the blow, when swinging a hard hook to use both people's momentum to hit harder.

Saki Rupture Bomb: One of Haia's only punches specifically made for close range, with a visible wind up. She will circle her arm at the elbow, twirling ehr arm before swinging in at her opponents liver to deliver a crippling KO body blow. Due to how this punch plays against her style, and has a startup, she will only really use it on someone she is certain is defenseless to block or dodge it.

Personality: An avid thrill seeker who loves to challenge herself and make wagers. She embraces the idea of looking before you leap and never second guessing yourself. Socially she can come off a little air headed as conversations that don't catch her interest immediately don't get her full attention. She misses smaller details easily be them in her surrounds or in social cues. She loves meeting new people but has trouble keeping friends as she bores easily when she gets to know someone too closely to the point she has to actively try to maintain a relationship. She will almost always stick up for someone getting picked on, if not just to be helpful than to lay the smackdown on someone trying to be a hot shot. She talk big a lot of the time, but it tends to be lighthearted. She is confident but not arrogant. If teasing someone gets a fun reaction from them, she is likely to keep doing it for her own amusement.

Given how she carries herself outside of the ring, post people are so surprised by her choice and execution of her fighting style. When squaring off in a fight, she is patient and collected, taking very few risks unless backed into a corner. She is a reserved fighter focusing on keeping people at distance or punishing them with brutal counter blows.

Past/History: Haia was always looking for any reason to throw down, be it in the classroom, the playground, or on the streets. Scrappy as she may have been, she lost a far share more than she ever had success to show for her. She never really cared as much as her teachers or parents did. She just loved to fight. She joined up with a amateur boxing league while still in highs school and found a fighting style that played better to her physical strengths and has been working to perfect it. While still not the most successful boxer out there, her love of competition drives her more than any trophies or accolades. With the sudden reemergence of interest buzzing around the Momentum promotion, she signed herself up looking to throw down with whoever they put in front of her.

Combat Chameleon: Haia has a good sense of pacing with the ability to follow most anyone's lead to get in their particular rhythm. This makes it easier for her to understand or disrupt their fighting. She dabbled in switch hitting for awhile which she will sometimes make use of for her jab game. Any big punches will tend to come from her left though, as she is a southpaw through and through.

Close Contact Sport: Socially deaf when it comes to the idea of personal space, she will almost be up in someone else's business. She cares herself with a easiness about physical contact and will rarely shy away from draping herself on or around someone just to see what sort of reaction she can illicit. She has made about just as many friends as she has enemies with this approach, neither of which deter her.

Dare Devil: She likes taking people up on wagers and bets. What there is to gain from it is rarely as important to her as just challenging herself.

Uppers and Downers: Despite her overall lack of strong endurance, she is tenacious and will often get back up even if she is almost entirely spent. It takes something big to keep her down for the count.

Championships/Accomplishments: She hasn't gotten herself killed yet.