Abid - Body and soul, for The One True King.

Abid - Body and soul, for The One True King. 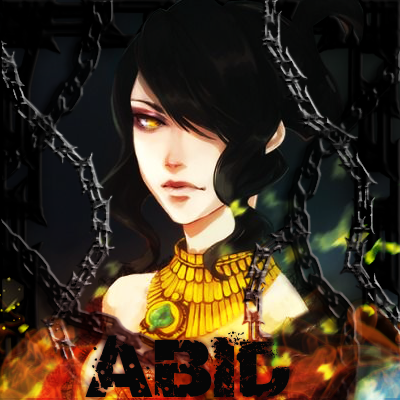 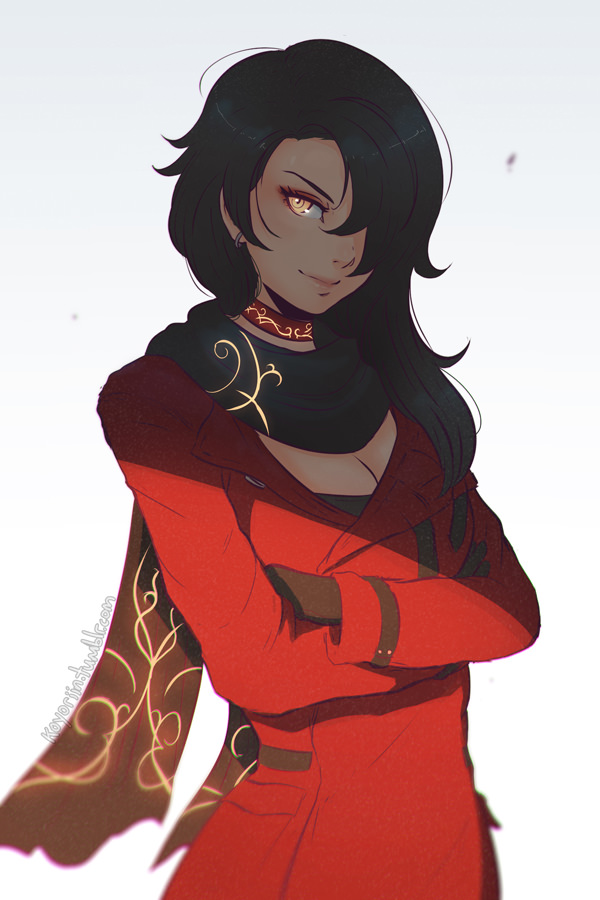 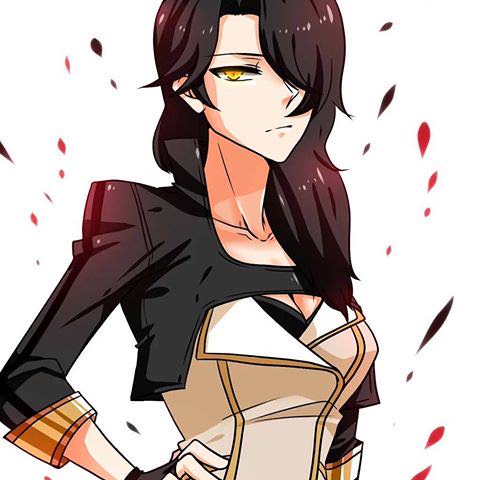 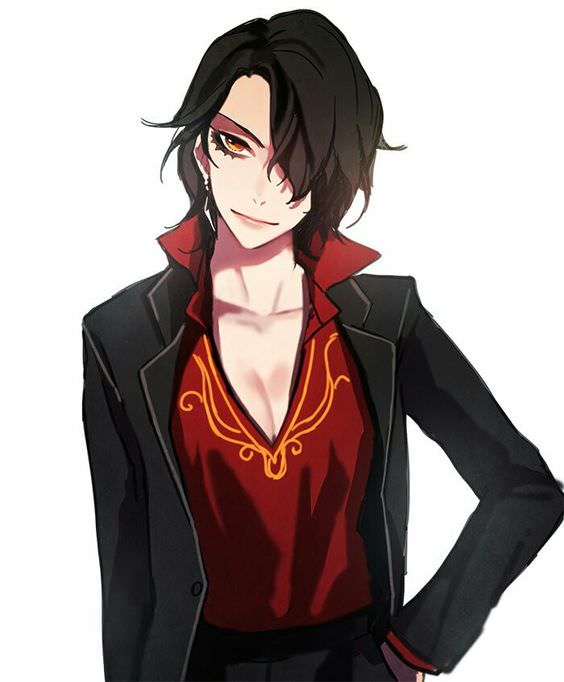 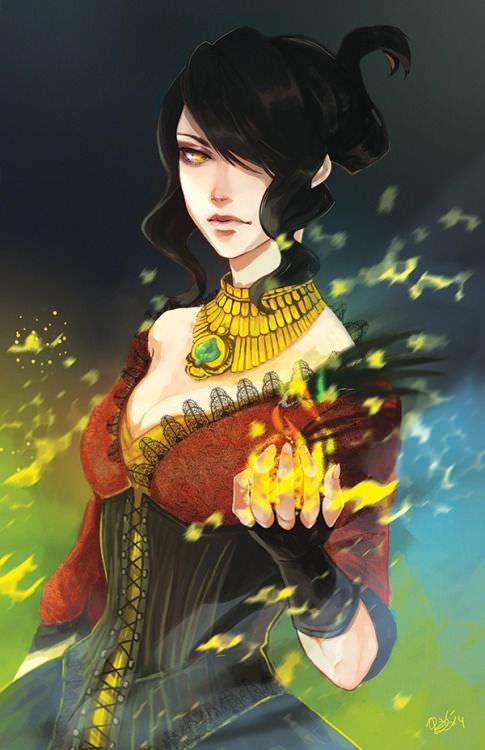 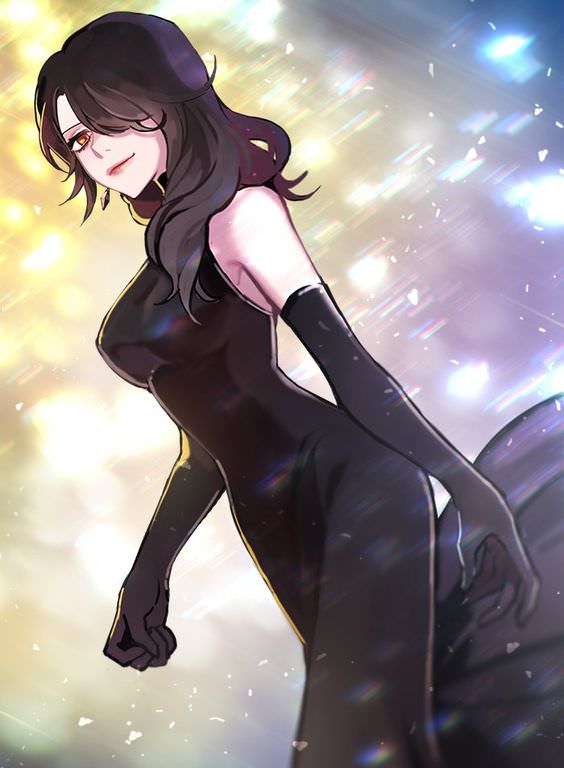 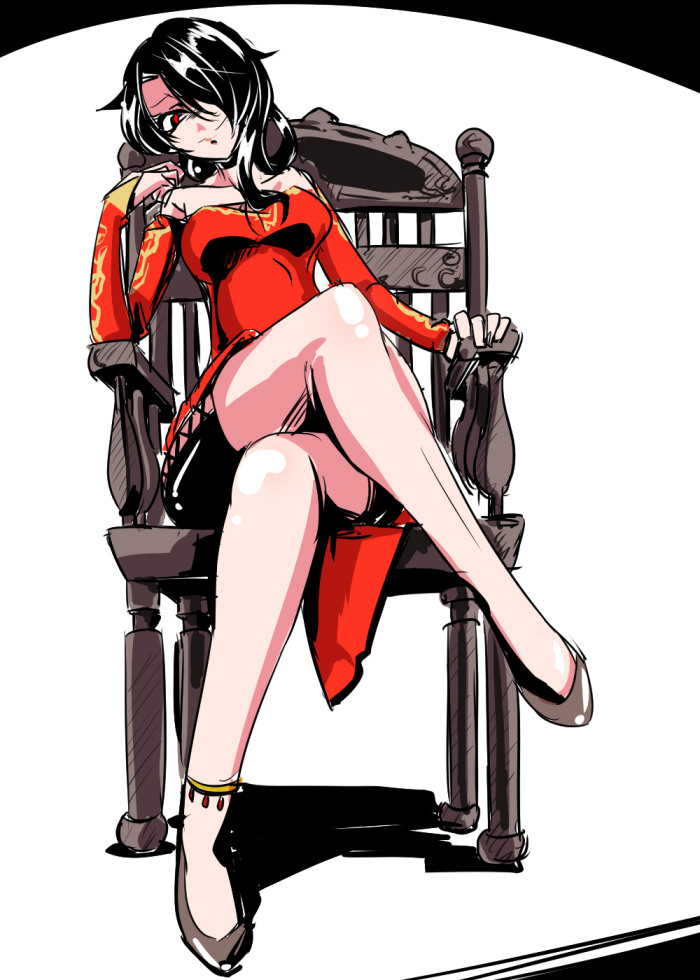 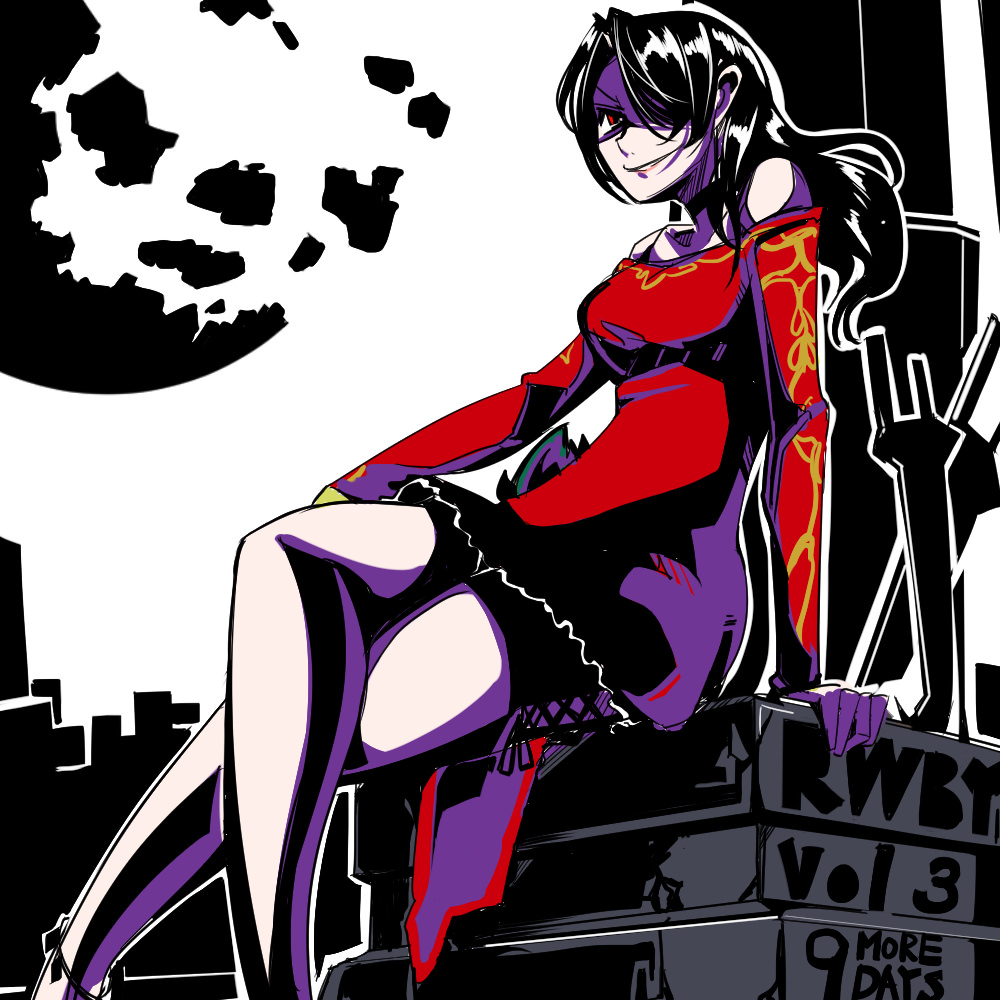 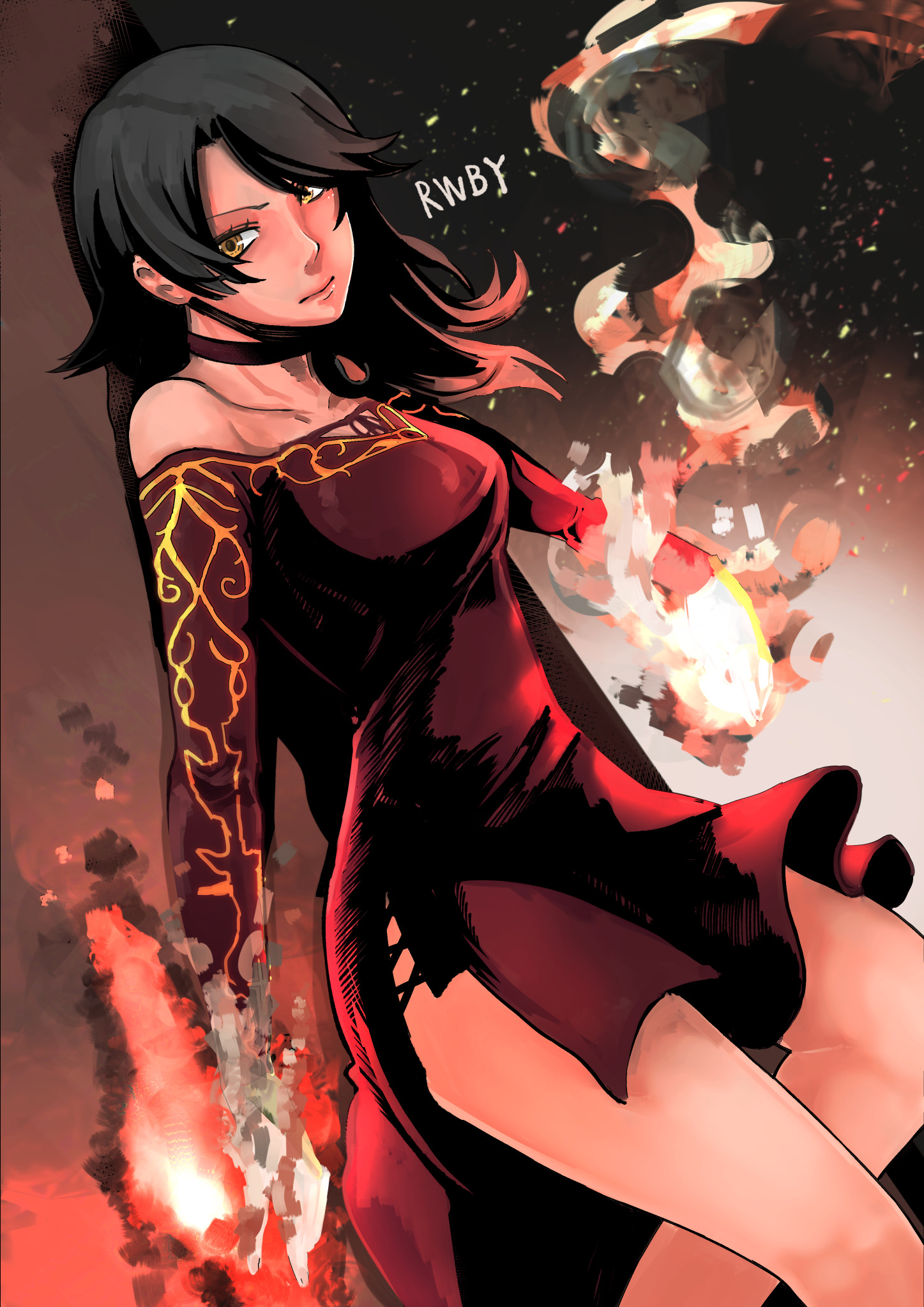 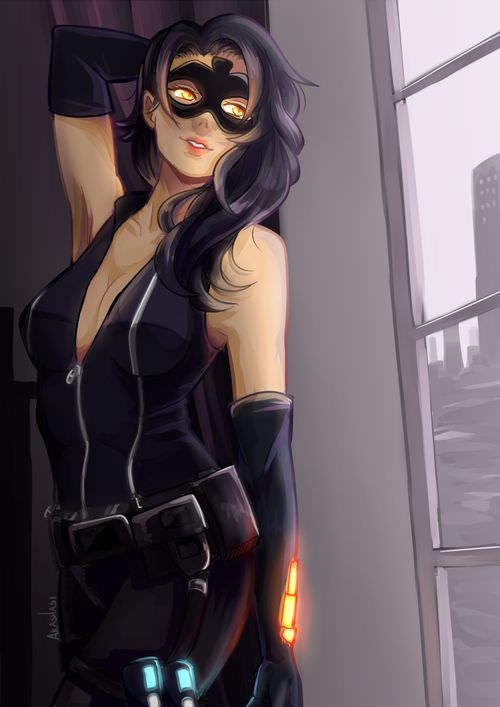 Preferred Matches: As her Master wills.

Endurance:
A lifetime of pain in his name. Her body is nothing in service to her Master.

Strength:
True strength is not measured in the size of one's muscles.

Defense:
Move past your opponents blows, not through.

Technique:
The path of discipline is etched into her body.

Submissions:
Adept at bringing her Master's enemies to heel.

Powerhouse:
She has no need for this.

Aerial:
Mortals were never meant to take to the heavens.

Countering:
Bend the expectations, the body will follow. Strike what is presented

Tiger Claw Strikes: Abid will often substitute her palm strikes for a tiger claw. The purpose of this is often times to grip key areas after a palm strike, to then assault a pressure point, most often by driving the thumb knuckle into the location by gripping a body part with the other fingers. She will also use to to rake sensitive or exposed locations on a personals body with her fingers/nails to maximum efficiency.

Intercepting Claw: With the styling of Jeet Kun Do, Abid will make use of snap strikes with no physical tells. These fast blows are incredibly hard to dodge, as they are unpredictable and swift. While they lack the raw power behind something with more of a wind up, they are versatile and reliable means to strike out an an opponent or as the name implies, counter strike attacking limbs as a means of offensive defense.

Tiger Maw: Abid delivers a palm strike to the middle of her targets chest, then immediately forces her hand up to strike at her opponents throat with the purlicue of her in and upward motion to damage her target's breathing ability.

Dhabihah: Locking the legs of her victims, she rolls herself onto her back, stretching their arms back to present them to her Master until they submit. If he wills them released, she will let them go, if he does not, she will hold them with intent to cause severe bodily harm until the hold is broken up by outside parties. When done as part of a team, she will make use of this hold to allow her partner(s) to attack their victim while they cannot defend themselves.

Personality: Abid presents herself as a stoic individual, rarely ever expressing her thoughts of opinions unless directly asked to. Years of mental and physical abuse have warped her mind to believing her Master, her tormentor, is the only individual she can trust in this world. His word to her is law, and what he decrees is always true without question. No matter the logic, reasoning, or evidence presented to her, she will treat anything that contradicts her Master as a blatant falsehood. She is an extremely broken individual who treats her emotions as a sin, and her thoughts as inherent heresy. She will openly grovel before her Master's disproving gaze, but never back down an inch from any other soul. Buried deep beneath the scars of her past is a terrified woman who no longer understands what it is to be an actual human anymore. Genuine positive emotions and memories leave her confused and somber. She does not understand the kindness of strangers, and will be cautious of anyone openly trying to support her having a free will as someone looking to defy her Master.

Due to strict child regulations within China, Zhen Yu was abandoned at birth due for not being a boy. Unlike many who suffer worse fates, she was given over to the care of government run orphanages. Raised among many of the other forgotten youth of her country, she was malnourished and under educated for most of her life. It wasn't until she met a young boy named Jiao after being relocated that she found purpose in life. Jiao worked for a small local gang, who would often times recruit from the orphan population to train urchin pickpockets to pad their pockets. In exchange they were given food, room and board so long as they earned their keep. Zhen Yu, not even a teenager yet, willingly joined their ranks.

Some days were better than others. The children never got to keep a cut of what they stole, and if they tried, they wouldn't be seen again. While it was never expressly said what had happened to them, all of the children seemed to understand the possibility of what could happen if they betrayed the trust of their keepers. On days they earned well, they were given extra food and free time. On days they earned poorly they went hungry, to motivate them for the coming days. She learned to live day by day out of necessity, to survive.

As she grew older, as did the promise of her skills. Agile, flexible, and small, she was often included in jobs which required a small body to sneak though tight places, often times to disable alarms or open doors from the inside. She had become an adept thief underneath the direct tutelage of the more veteran members of the gang. Her prospects to move up the gang were looking good, and she was still a child. Everything however changed, when a robbery of a rented business estate went wrong.

Foreigners tended to make for the easiest marks. They were unfamiliar with the landscape, the culture, and the process behind tracking down thieves. In theory, stealing from the Khouri family should have been easy. They had more money than they knew what to do with, lived in a temporary estates while they were conducting business agreements in China, and were rarely home. What they hadn't known about was the extra security system features and personnel on hand. Two of her comrades escaped, one was gunned down, and she was captured.

Rather than turning her other to the authorities, they decided to keep her and arranged for her adoption. They had a son close to her age, and felt he needed a playmate since he was rarely ever in the company of other children while they traveled. On the surface she was a an adopted daughter. Cared for, educated, and provided a safe haven from from her cruel upbringing. Below the surface however, she was a prisoner. A personal plaything for her brother. he would torment her constantly, physically and mentally. No time of day, no place was safe from him. Forced to endure his abuses no matter how severe, he was beyond reproach. As such she would be punished for crying about getting what she deserved.

For years the world saw her at fault soon, she came to agree with them. If only she were smarter, better, prettier. Maybe he would no longer hurt her? She had to become all these things, for him. She did not want him to be ashamed of her. He only hurt her to motivate her to be better. That had to be it. It must have been it. She took the name Abid, a pet name granted to her by her brother... no, her Master. She would devote herself to him, so he could look upon her again some day as something more than a failure. Until then she would suffer in silence as he forced his hand to mold her into someone better than she was.

She has been by his side ever since, and has never questioned his word. She learned to speak several languages to help broker foreign relations. She learned several fighting techniques to better protect him. Instruments to sooth him... dance to please him... for him. Everything for him. He was is her everything. Now and forever.

Within AFW she acts as his vessel, to preach his gospel, fight his battles, and most importantly, pour his wine.

The Master's Will: She will never tap out of a submission, even if it means having bones broken or blacking out.

Eternal Servitude: She will always put herself before her master, regardless of what it means to her body.

Divine Retribution: Abid's body is adorned with many scars she has accrued over the years.

Proper permissions to make use of character design have been followed through with staff.
_________________