Personality: A cold hearted woman in the ring. Mae is all frowns and all action in the ring.
She isn't much of a talker, probably because of her rough up bringing. In the end it brings out the best of
her heel attitude. Pretty hell bent on keeping in character, you'll probably break her body before you get
her to admit anything else.

History: While she would prefer her history to be of that of a wrestling dark elf. Her real story is much less
fantasy like.

Mae has a skin condition that tones her body into an ashen skin color. While it is incurable, its harmless
and just a pain in the ass to live with people thinking your sick all the time. But beyond her current skin condition,
Mae lives a relatively normal life from her life growing up in a trailer park.

Growing up in a rough and tumble house. Mae learned how to scrap and do it well. And eventually took up sports, wrestling
especially. But it wasn't enough for the woman as she decided to take up wrestling for a job. Eventually taking up the persona
of a dark elf (or drow) thanks only to her grey skin condition. The trick was getting her ears to stay in place during a fall or tussle.

Where she got the odd nick name the Anaconda to go with this elf gig too. Mostly stems from her tight grip, and refusal to let go of victims once they are trapped. It feels like being squeezed to death by a Anaconda.

So Mae begins her career into AFW... A dangerous New Challenger arrives. 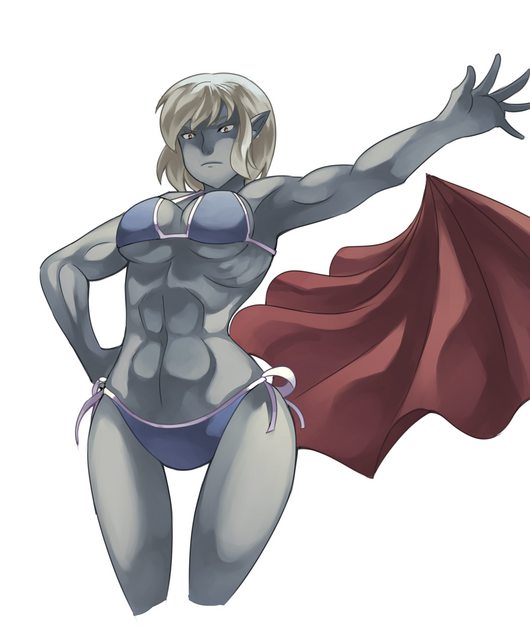 You don't impress me.

The Unholy Trinity of Pain, and destruction in action. 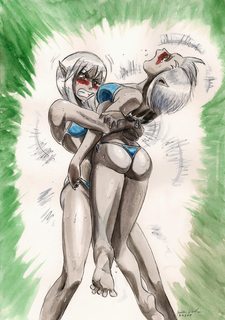 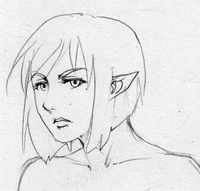