Edgar Shaw - Too lazy for a topic stinger.

Edgar Shaw - Too lazy for a topic stinger. 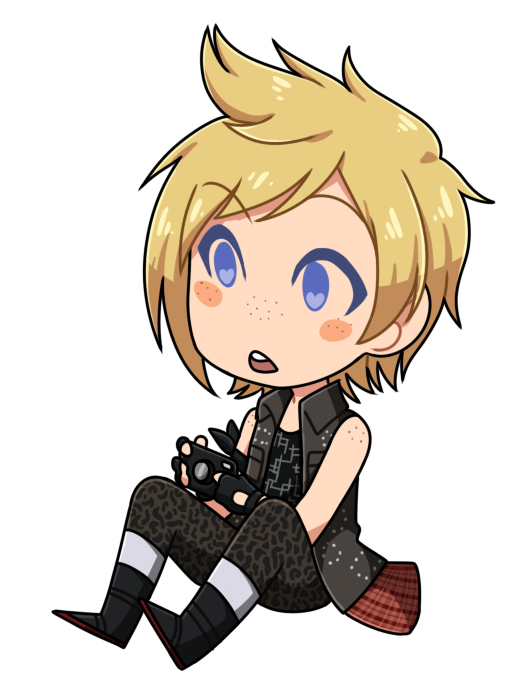 Carpenter Brut - You're mine: 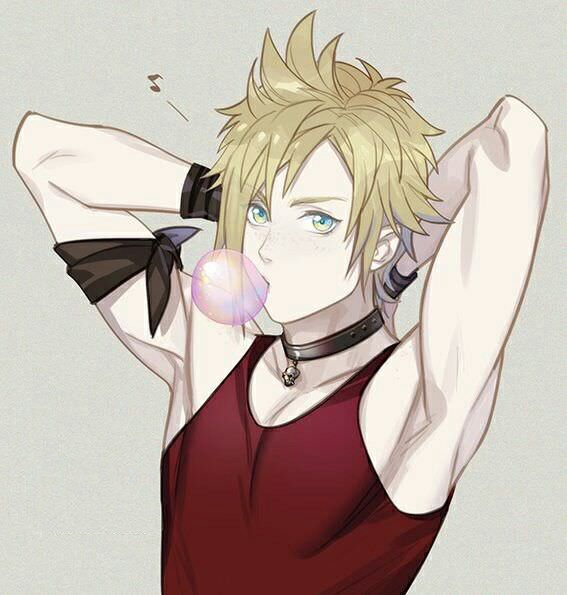 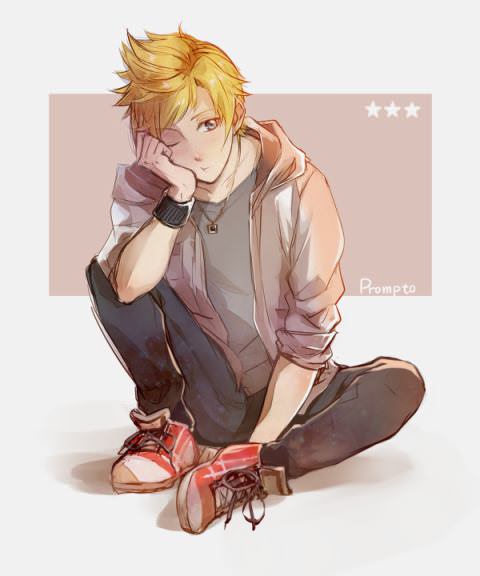 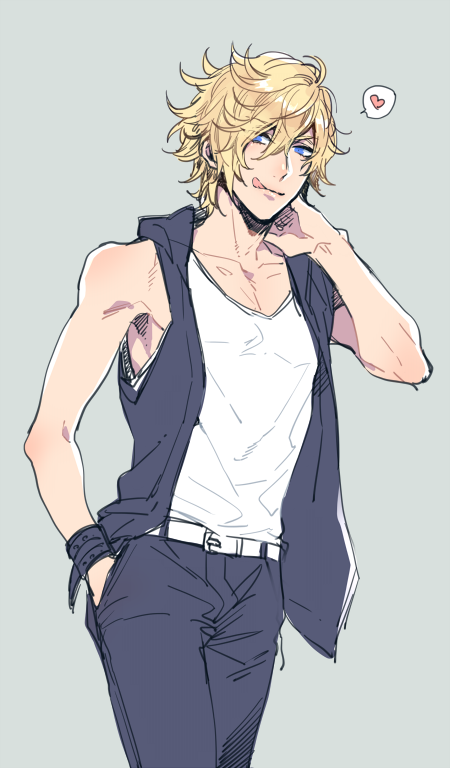 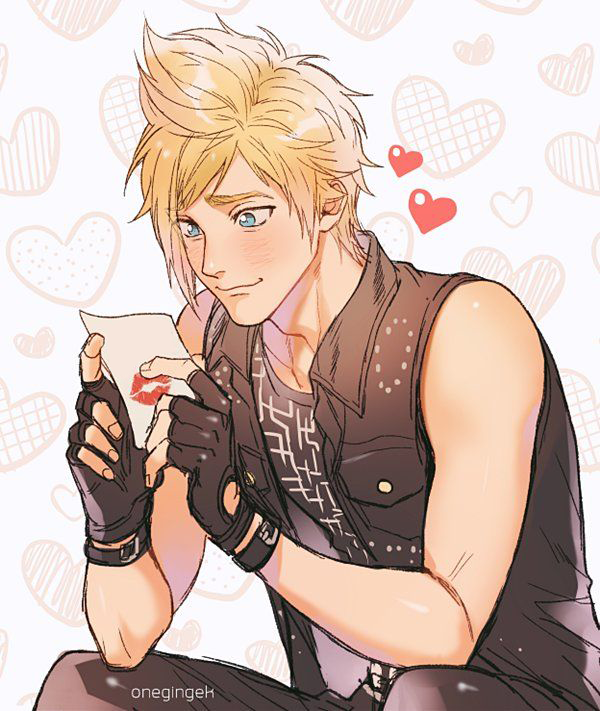 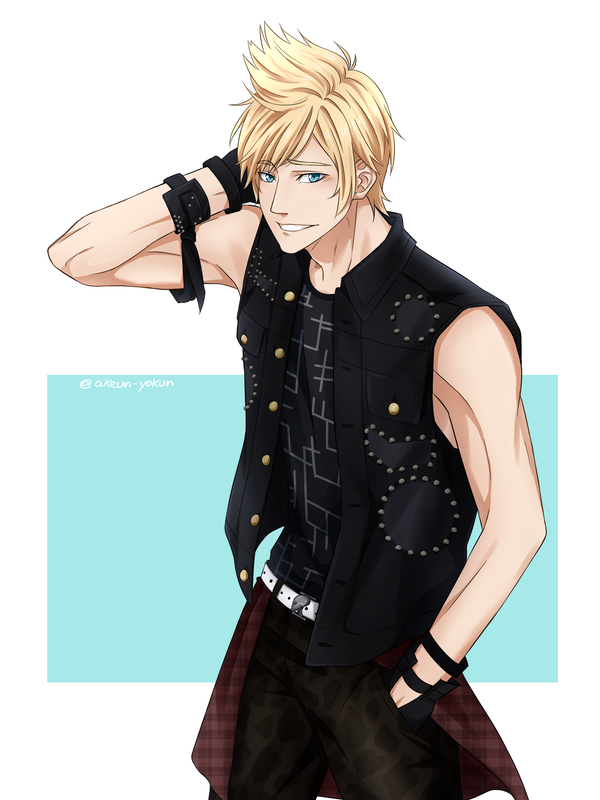 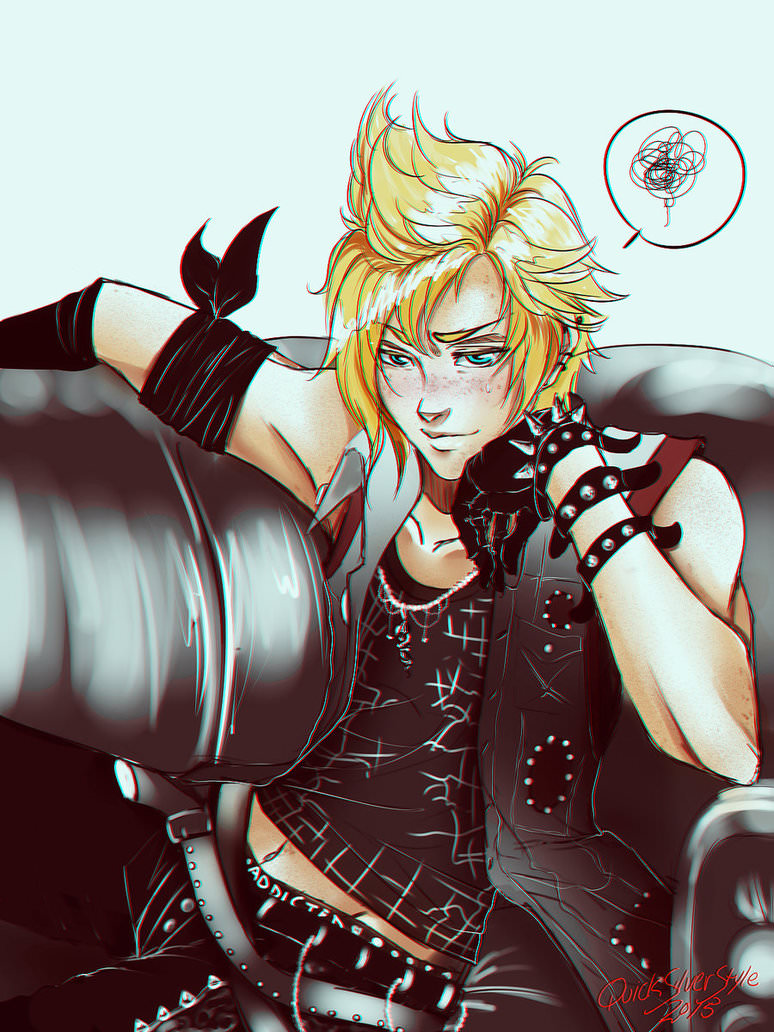 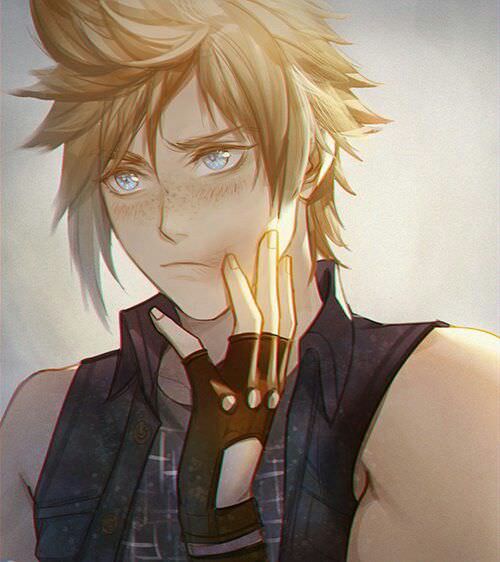 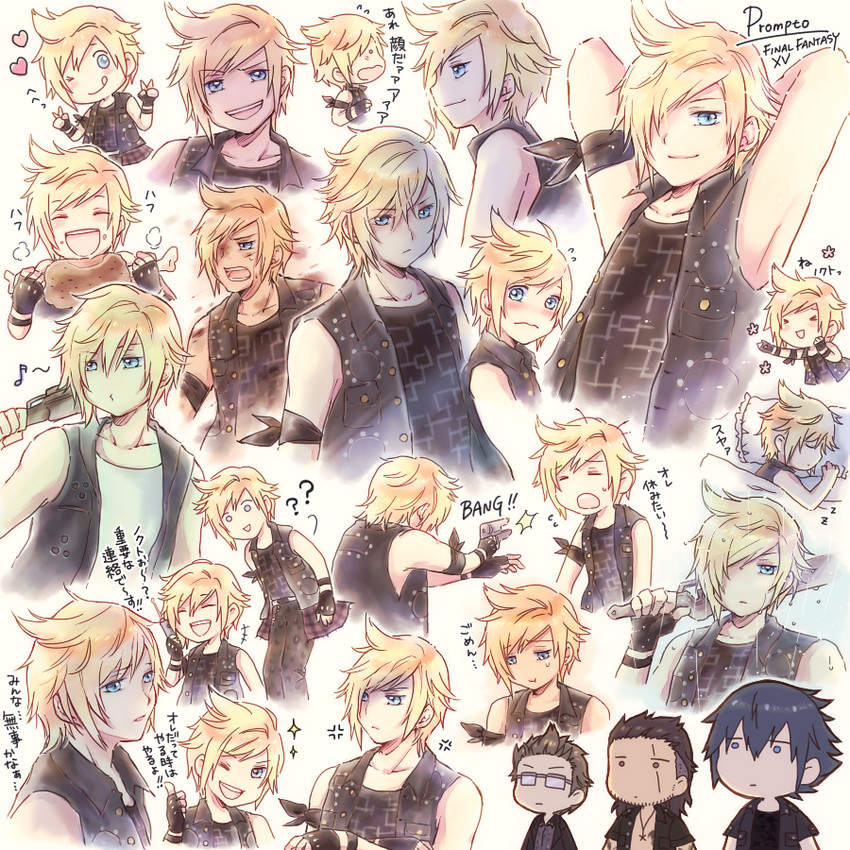 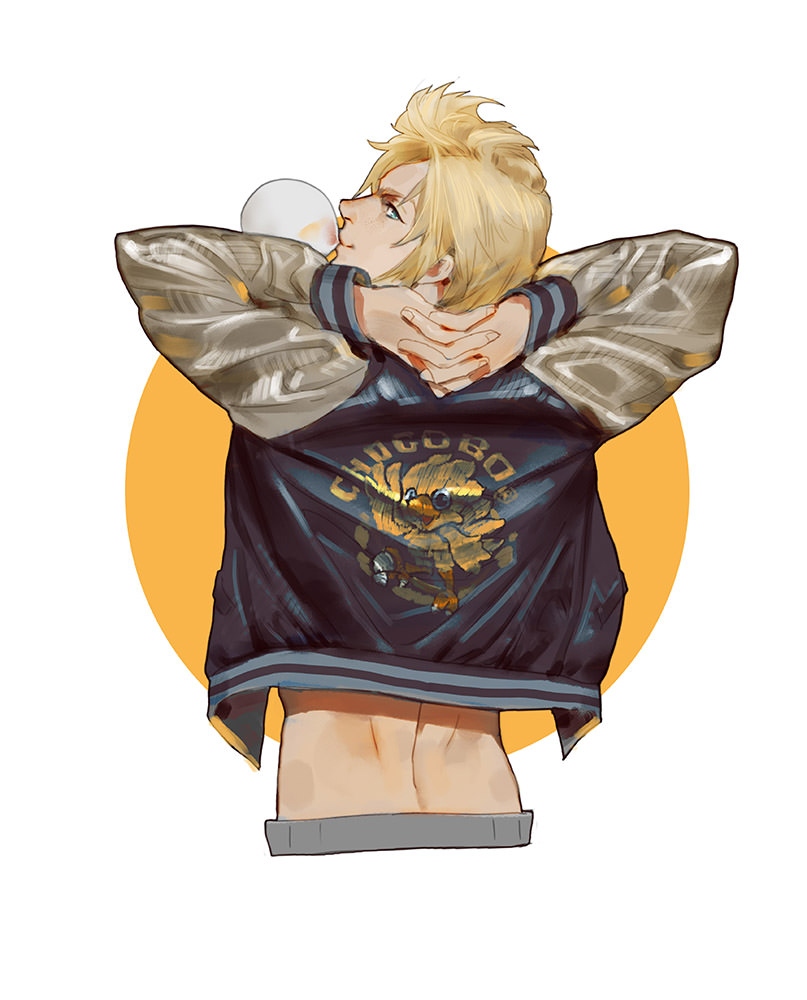 Strategy: Edgar likes to mess with his foes. Taunting, teasing, generally play around with them for awhile. he'll often times hold back early match to get a feel for what he is up against. He has a tendency to underestimate female opponents, and won't take fighting them seriously unless they prove to be an actual threat. While he will do a bit of grappling, when he buckles down it's all about his fists. he is a skirmish fighter with devastating punch combinations that can knock down even some of the biggest adversaries. It's all a matter of how beat up he is by the time he starts actually trying to win.

Endurance:
While he can take a beating, he can't go all in for long without gassing himself. His lack of physical conditioning outside the ring is apparent.

Speed:
Most of his speed is in his footwork, when he bothers trying.

Defense:
Edgar has a solid strike defense when it comes to his upper body.

Technique:
Unrefined and wild. His lack of formal training actually makes him more difficult to fight as he rares reacts how he should

Submissions:
Choking people out was the next best thing to punching their faces in.

Powerhouse:
While able to do lifts and throws, he tends to only do it as a way to assert himself over weakened female foes. He won't bother if he is fighting a guy, choosing to just punch them.

Aerial:
He prefers to stay grounded

Countering:
He does a bit of counter punching, but that's it.

Gazelle Punch: A dipped lunge punch considered to be risky as it puts your body forward towards an opponent before ending an uppercut at their head. Normally used as a counter punch, he will use this frequently against non strikers to close range and wrack up early damage.

The Dempsey Roll: A step in technique using the momentum of a rhythmic bob and weave to approach defensively before unleashing sweeping haymakers. If Edgar manages to catch someone with this, he will not stop swinging. It doesn't matter if they are blocking or eating it on the chin, he won't stop until they drop or he burns himself out with slugging his opponent.

Personality: As serial underachiever, he was always told he'd amount to great things if he put the work in. Hell with that. Edgar is an easygoing layabout who prefers to spend his time in good company or down at the arcades. A bit of a rebel without a cause, he likes to tease and stir shit with people to get a rise out of them. Despite his sister being in Tension as well, he is rather outspoken over women having no real place fighting men in the ring, since men are obviously the stronger of the sexes. Despite his inherent laziness, he is a capable pugilist with some amateur boxing experience which can often take his foes by surprise when he is done messing around.

Travel was a way of life, early on it was strictly within the states, as he grew older the scope expanded over the world. A military brat, his father's work saw them relocated fairly frequently until moves thrust them across the globe, most recently they have been stationed in Japan for roughly four years now. While his mother and father are set to move again, he has opted to stay behind with his sister Leah, mostly to make sure she stays out of too much trouble. Edgar was always a bit of a problem child, always getting into fights. It helped he had a naive sisters that tended to get picked on enough he could sometimes justify kicking people's heads in.

While their two personalities are often times at odd, their shared love of combative sports had always been a bonding agent. Edgar preferred MMA and to a lesser extent boxing. The raw physical nature of it coupled with the unabashed directness of beating down your opposition. Leah preferred the over the top fantastical nature of Professional wrestling. Drawn to the flashy costumes, interesting characters, and overall presentation. Both siblings had come to enjoy Japan immensely, but with another looming transfer hanging over their heads, Leah had the bright idea to stay behind. Not wanting to give up his new life in Japan and to look after his sister, he decided to stick it out with her. The two signed tentatively to a short contract with the AFW to test the waters and put their unrefined skills to the test.

Land of the Rising Shun: Originally he despite the move to Japan with his family, fighting them tooth and nail every step of the way. Now that he has been over here for year though Edgar has developed an intense love for Japan. The food, the people, the culture, the general atmosphere both modern and traditional. He'll never admit it though, preferring to keep a cool air of indifference about it all on the surface.

Better, stronger, faster: Edgar is a bit of a male chauvinist, believing Tension's intergender shenanigans are pretty ridiculous. He won't take a female competitor seriously unless they manage to get him on the ropes. He'll goes out of his way to tease, taunt, and break down any female opponents he has, sometimes even drawing out a match longer than it has to be.

A Humbled Fan: An avid fan of Takeshi "Dasher" Inoba, even a member of the "official" fanclub after witnessing his work with Tension. Great minds think alike. A shame great hair stylists don't. He has since gone back over the man's career and found his classic throw downs, finding his no nonsense strong style to be pretty boss.

Big Bro: He'll go out of his way to hunt down anyone who legitimately hurts his sister, no rope breaks when he's stomping you in a back alley.

Re: Edgar Shaw - Too lazy for a topic stinger.

1: [M] Edgar Shaw vs Bethany Kanzuki: One more lady who needs to be put in her place.
2. [E] The Hero's Challenge: Being a supportive brother.
3: [S] Meeting of Foreigners: Edgar can't go anywhere without Leah getting taken advantage of.
4: [M] Never Back Down: Didn't Dasher beat down this bimbos sister or cousin? Time to make another person in this family humble!
5: [E] Out and About:  Edgar has his doubts about Felina's intentions.
6: [E] Playing with the Big Dogs: It can't be the real Beowulf, right?
7: [E] Tension Special: Pre-elimination Chamber Interviews Edgar isn't a fan of sneak interviews of him or Leah.
8: [M] Vs Momoka Le [Handicap]: Gaijin² takes on some weeb.
_________________