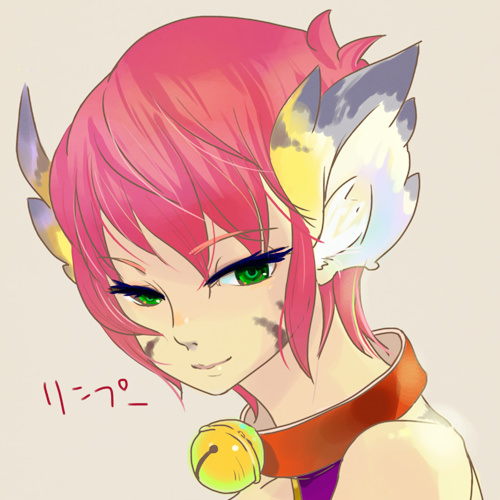 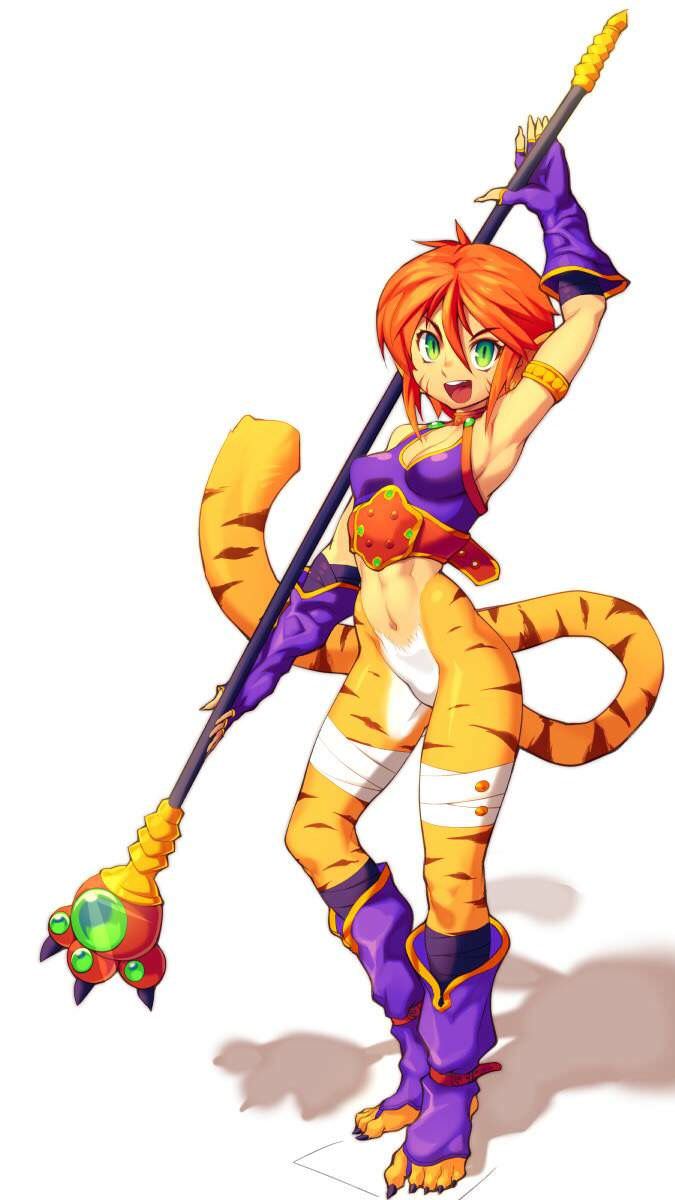 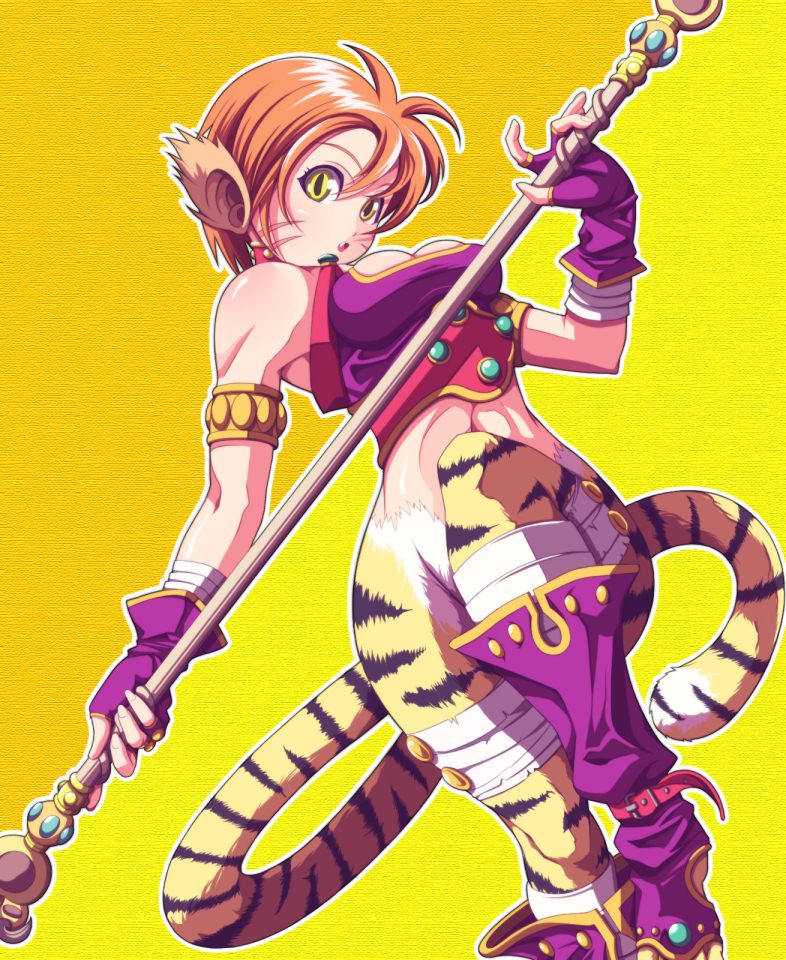 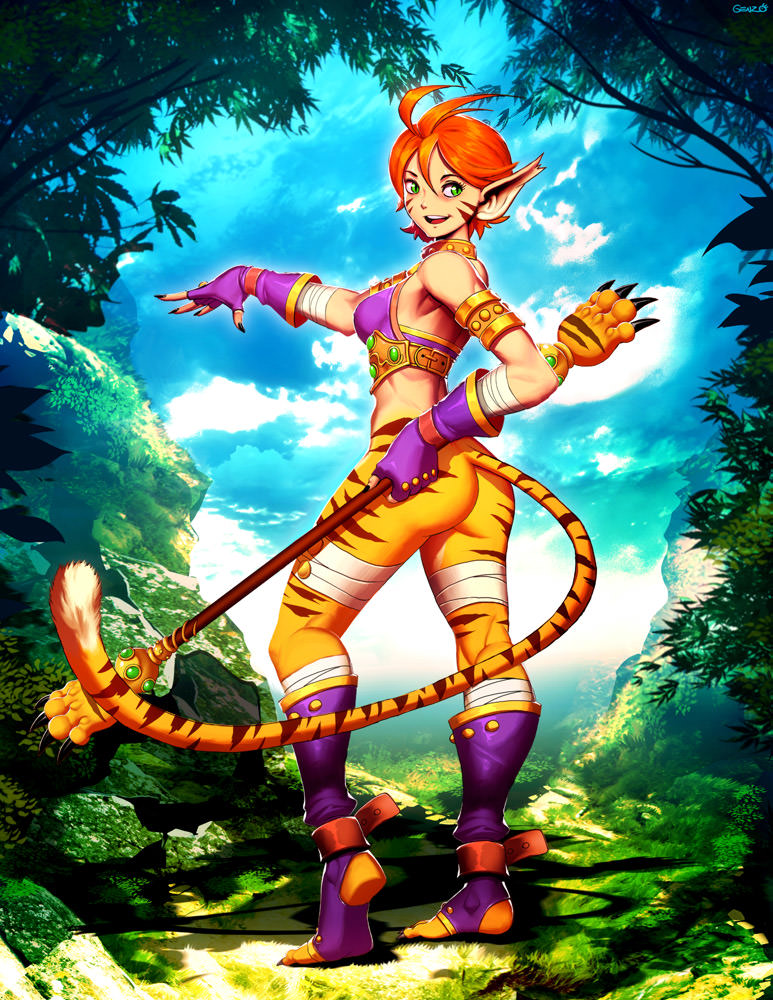 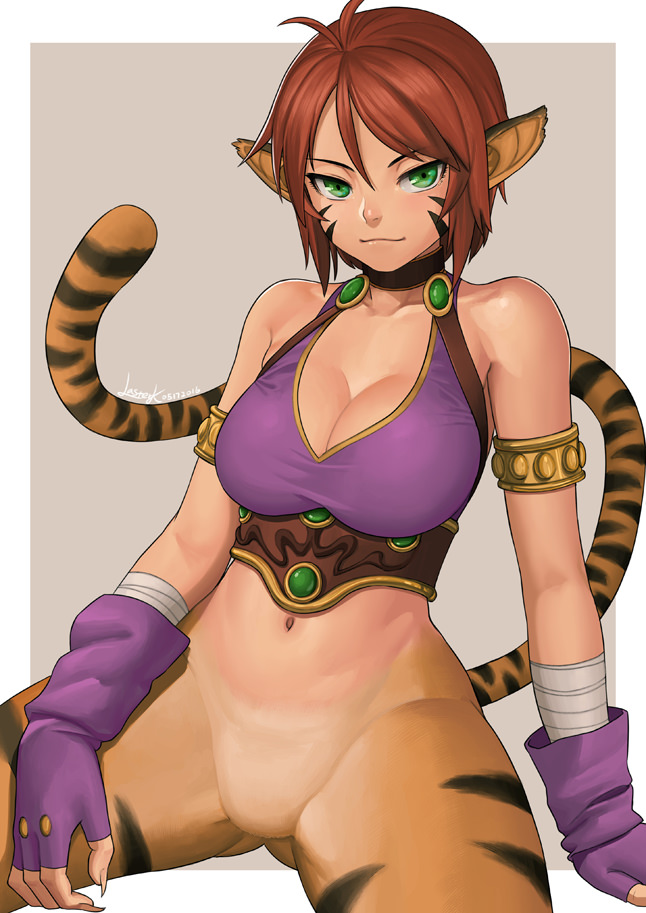 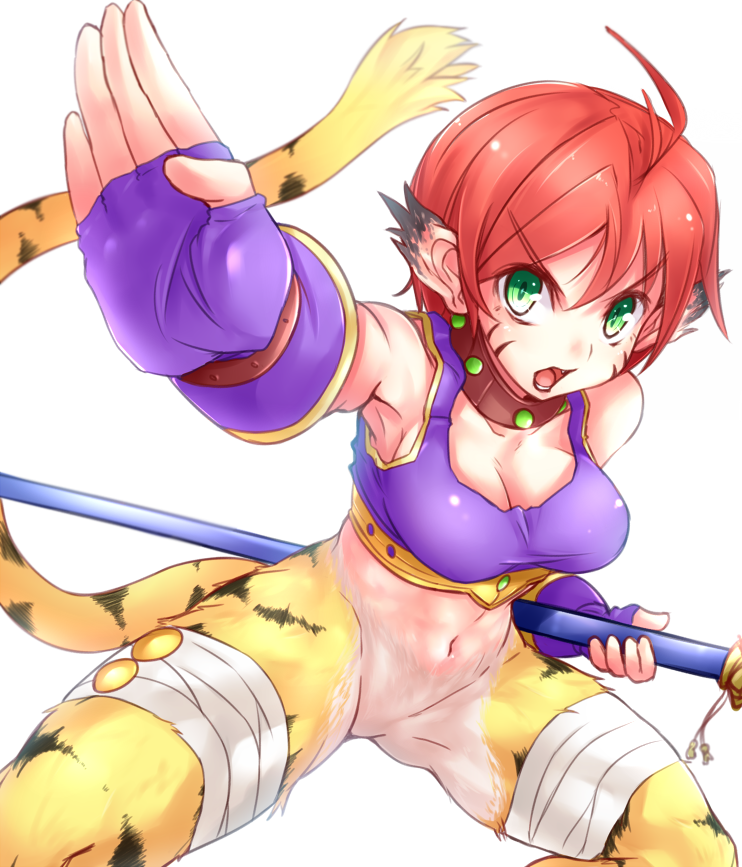 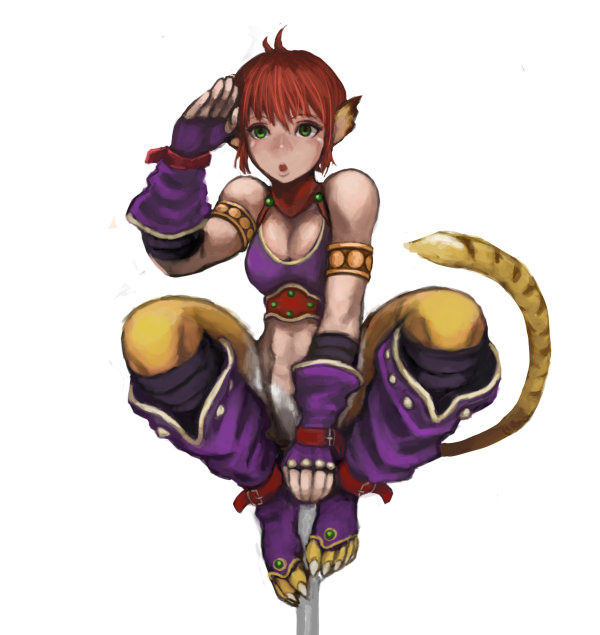 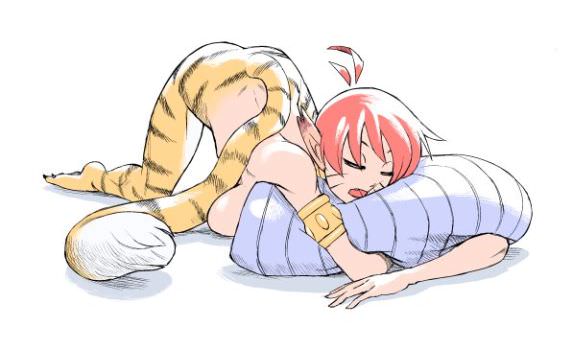 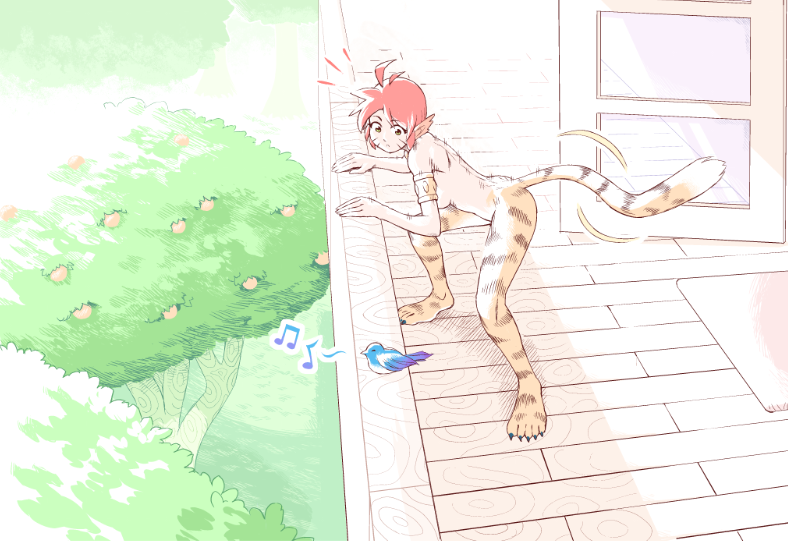 Strategy: Kit makes use of her incredible speed and acrobatics to run circles around her enemies and hit them from odd angles and hidden locations. She loves to stay mobile, only ever really stopping when she can wrap her foe up in a submission move. She makes ample use of her incredibly strong tail to catch her foes off guard with having an addition limb in which to fight them with.

Endurance:
Her natural agility lends itself to landing well when thrown about.

Strength:
Slightly stronger than a normal humanoid of her size.

Defense:
She would rather not be hit, thanks.

Technique:
Battle tested, she fights with style and grace.

Striking:
Her primary striking power comes specifically from her kicks.

Submissions:
Well versed in submissions, he know how to lock them in good and transition to and from them.

Powerhouse:
Capable of lifting and throwing foes larger than her.

Aerial:
Her naturally impressive agility lets her bounce and jump about like a wild woman.

Countering:
She can work her way around strikes and grapples as long as she isn't vastly overpowered/outskilled

Enhanced Hearing: Kit has incredibly powerful hearing, going so far as being able to hear a living creature's heartbeat from a close distance. Extremely high pitched noises can cause her issues.
Prehensile Tail: Her tail can be manipulated like another limb to grab hold of things. It is strong enough to allow her to pull herself up for use in climbing.
Magic Resistance: As with most of her kind, she is incredibly resilient against supernatural powers based on magical energies.
Natural Weapons: Her nails are incredibly strong and sharp, capable of rending her enemies. She also has slightly longer fangs.
Huntress: She can move with near complete silence, allowing her to sneak up on most foes.

Scratching Post: Kit unleashes a flurry of strikes and kicks to overwhelm her foe with her razor sharp claws.

Nine Lives: Kit has the uncanny ability to summon up a second wind... and third wind... etc. She is hard to keep down if she gets fired up.

Collared: Kit with mount a grounded opponent and tie up their limbs with a grapevine pin. Holding her foe incapacitated, she will make use of her tail to choke her opponent out... or other things.

Cat Nip: Kit with apply a rear naked choke on her opponent with an added body scissor.

Personality: Spunky and energetic, she is almost always willing to throw herself at a fight regardless of how powerful her foe may be. She is incredibly mischievous by nature, she enjoys playing pranks and messing around with friend and foe alike. While she comes from a battle hardened society of warriors, she has a rather carefree nature which often times conflicted with her fellow tribe members. In combat, she will often times make use of her evasive style to taunt and tease her enemies to rile them up for openings to exploit.

Past/History: From a young age Kit learned to stalk and fight. Woven into the fabric of her tribe's very existence, they are widely believed to produce many of the world's most fearsome and ruthless warriors... of which Kit is not. Her life was a competitive one, each and every child was expected to fulfill a role and achieve greatness with the years. While Kit had the makings of a masterful huntress and gladiator, she showed a genuine dislike for the brutality required of her when it came down to it. Her peers would go on to outshine her, while she was content to follow the beat of her own drum.

Having recently come of age, she has gone out into the world on a pilgrimage to better herself, for her people. Unsure if she has what it takes to be what her people what of her, she hopes that something will click in the outside world and make things fall into place. Much of what was beyond her jungle is new and strange, she hopes to see it all.

Oooo... Pretty!: Kit is easily distracted by things that catch her eye. Mostly shiny valuables and jewels, but birds are particularly interesting to her as well.

Shafted: Kit is trained in the art of fighting with staves and polearms. While she can't make use of the lethal variety in the ring, she had no issues with making use of her simple bo staff in matches that allow for it.

Prankster: She loves messing with friend and foe alike, though it almost always is in a good natured way.

Wet Blanket: Outside of a few instances of hygienic needs, she isn't fond of water or having wet fur in general.

Don't Touch Those!: Her ears and tail are extremely sensitive.