Vespa: Defender of the Hive! 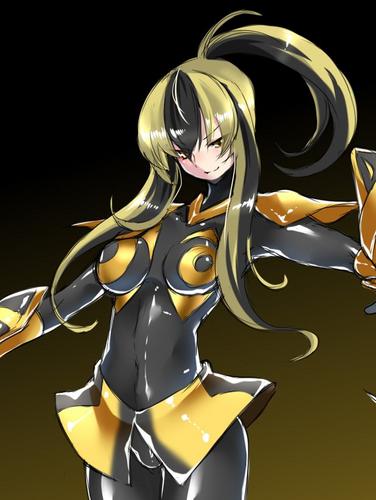 Strategy:
Vespa’s strategy is very blunt. As she thinks of herself as a knight, she often decides to come down fast and hard on her opponents, giving them little time to react. She will often use heavy strikes or aggressive submission holds to wear down her opponents until she can finish them. She cares very much for the rules of a match, usually going into a rage if her opponent breaks them.

Preferred Matches: Standard One on One.

Spoiler:
Vespa’s training and erratic behavior grant her a high pain threshold. She can soak up quite a bit of damage from even the biggest heavy hitters.

Spoiler:
Though Vespa can land heavy strikes, she often struggles with lifting opponents, especially those bigger than herself. She gets around this by happily throwing them around

Spoiler:
Usually quick enough to move around the ring and string together heavy combos.

Spoiler:
Vespa had mostly trained in her offensive abilities, as such she leaves herself wide open for counter attacks, relying on her high endurance to last through the match.

Spoiler:
While effective at creating combos, she will tend to fall into a rut when in a match, sometime using the same move or strategy over and over

Bee Sting: Vespa gathers up as much speed as she can, then delivers a hard shoulder tackle to her opponent. A simple, but violent attack. Sometime followed up by a pin attempt. 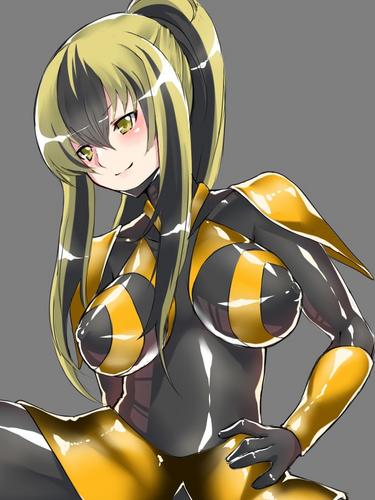 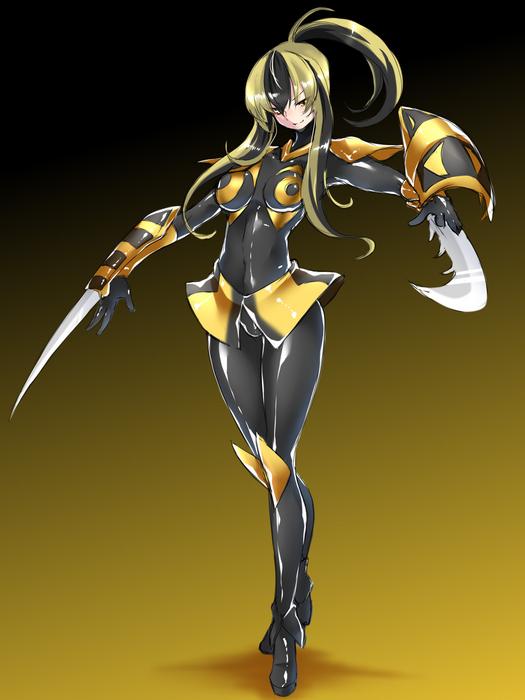 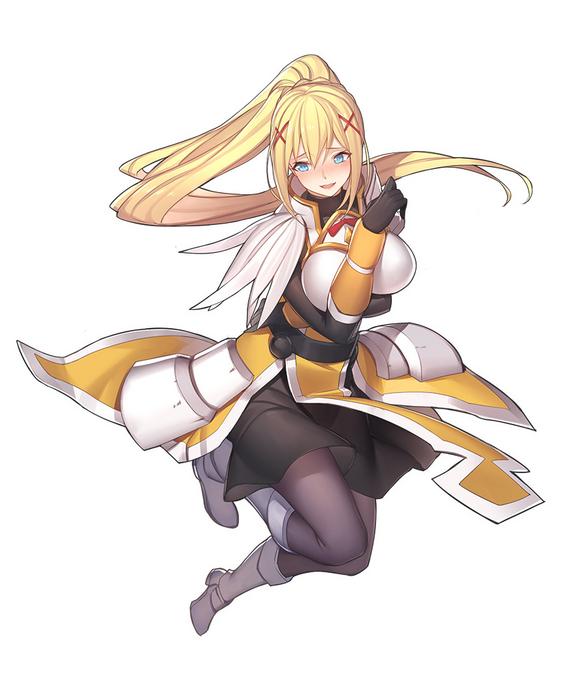 Personality:
Vespa seems to think she is a wasp soldier, receiving orders from her queen. She thinks of herself as a strong, brave, and loyal knight ready to give her life for her queen. She is more than happy to confess her loyalty to her hive or queen and will not hesitate to act on any orders given to her. Much like a wasp, she has little personnel ambitions or even regards to her own safety. She considers any rules provided to her as law, and refuses to break them under any circumstances, even if it is detrimental for her to do so. She enjoys the thrill of battle, often getting so excited she falls into laughing fits or yell out battle cries.
However, to everyone else Vespa comes off as a psychotic freak. Constantly screaming her loyalty to a queen no one else can see, and frequently cackling for no reason is not something sane people do. The fact that she labels her opponents as “invaders” and will use her great speed and strength to crush them make her hard to like, even for the kindest individuals.

Past/History:
Not much is known about the woman who calls herself Vespa, mostly due to her own warped knowledge of her past. All information about Vespa’s past come from past resumes, medical documents, and personnel accounts.

Real name being Sofia Flein, she was once an independent wrestler known as “Honey Wasp Stinger”, a Wasp themed face that used dazzling high flying moves to impress the crowd and defeat her foes. While fairly popular, she never had more than a few matches per month. During one of her few matches, she received slight head trauma from a botched slam causing her to go on medical leave. Physically, Sofia was fine after a few weeks, able to walk around and return to her profession. Mentally, she was beginning to mix her Honey Wasp persona history with her own. The changes were subtle at first, but soon Sofia would start to bring up subjects like “The Queen”, stingers, and hives.

Professional help did little to cure her, the personalities of Sofia and Honey Wasp clashing with each other constantly. Months past, and soon both personalities clashed to the point of destroying each other, creating a new personality. This personality was completely devoted to her role as a wasp and would adopt the name “Vespa”. She would soon return to her previous wrestling career, finding that the federation she worked with before was absorbed into AFW. Declaring her loyalty to “The Royalty”, Vespa would return with a new attitude, a new costume, and a new purpose in life. Destroying the enemies of the Hive and pleasing her Queen.

Vespa loves protein, favoring hamburger over most other foods.

She refers to the blades on her arms as her Stingers. AFW security has checked them, and though they look like metal, they are actually made from wood, and painted silver. They are removable.

At some point, she tried to file her teeth down to look like her insect counterpart but was stopped. She has a pair of sharpened canines because of this.

After some observation, it may be that Vespa thinks that AFW itself is the “Queen”. She will follow their rules religiously and treats AFW personnel with respect.

1. Vespa debuts against a fellow rookie! A cherrful young woman named Hikaru Sawazaki!
2. During a visit to the gym, Vespa runs into another wasp-like warrior! Is La Avispa Negra a friend, or a foe to be dispatched?
3. The Queen's most loyal soldier is sent into battle against a mysteriously chipper foe. What kind of tactics will this strange insect bring to the battle? Vespa will soon find out.
4. After their first encounter, Vespa has trained extensively in order to try and defeat her new Hive-Mate. Will their rigorous training bear fruit?
5. Vespa is gathered to meet her new manager! Only to see a fight breakout instead.