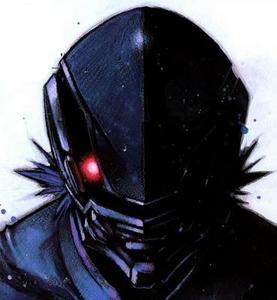 Preferred Matches:  No Rules, No DQ, or Handicap matches.

Spoiler:
Ruvik has incredibly high endurance, more than capable of taking multiple hits. The most effective way to get past this is constant Finishers or combos.

Spoiler:
Incredibly strong, Ruvik can lift opponents larger than him. In tag matches, he has been known to face two opponents at once with no support from his partner.

Spoiler:
Fast enough to get around the ring in a decent time, he mostly uses his speed to build up momentum for strikes and tackles. He is by no means an aerial fighter, hardly ever leaving the ground.

Spoiler:
Ruvik is far more concerned with hitting his opponent than not getting hit. He rarely counters with anything other than a swing of his fist, leaving him vulnerable to a number of types of counters.

Spoiler:
No technique is really used by Ruvik. He is completely reliant on his brute strength, and his attacks often reflect this. He can be easily tricked into hurting himself, if the opponent is crafty enough.

An unnamed attack, Ruvik simply grabs his opponents face, and begins to squeeze as hard as he can. When his opponents stop thrashing and pass out from the pain, he will smash them into the nearest surface.

Personality:
A demented individual, Ruvik is mercilessly cruel. Inside the ring, his only goal is to crush his opponent, with little regard to his safety. He will punch, pummel, and pound them until they stop moving or he does. However, all of this is a persona.

Past/History:
When Ruvik was born, he was a perfectly normal little boy. His household was low income, and he spent most of his childhood in a tall apartment complex high up on the fourth floor. His parents were very kind and supportive of him, and he did fine in school. However, despite having friends, he would often be lonely at home. He wanted a playmate, someone who he could share secrets with, play games with, and to help in times of need. The answer to his problems came in the form of his baby sister, Laura.

Contrary to most siblings’ relationships, Ruvik adored his sister. Though she was still a baby, the prospect of what she would become excited Ruvik. For a while, his family was perfectly happy.

Laura would soon grow up, adoring Ruvik and his interests. The pair were as thick as thieves, spending most of their time together playing, watching TV, even eating together.

Eventually, Laura would develop her own interests, chief among them was dancing. Laura loved how beautiful the women would look performing such technical and marvelous movements. She would practice for hours, copying what she saw others do, even asking Ruvik to be her partner on occasion. Ruvik always remembered how happy she was when she danced. With all of her practice and hard work at such a young age, it was not impossible to think she could achieve her goal of going pro.

However, tragedy would strike. One day while the two were playing, a drunk driver careened around the corner, and was about to crush Ruvik. Laura was able to quickly push Ruvik out of the way, but the car smashed one of her legs. The pain was like nothing she had ever experienced before.

After going to the hospital, it was revealed she had multiple fractures in her leg, which would cause her to be unable to walk for some time. Laura was crushed, as there was little to no chance she would ever accomplish her dream of becoming a dancer now. She cried for days, Ruvik trying to comfort her, but something changed in Laura. Her happy smile, her loving eyes, they were all gone. Whenever he looked at her it was simply sadness. Ruvik would become guilt ridden, blaming himself for destroying his sister’s dreams. He would do anything in his power to make her happy again and set out to work.

He would visit her constantly, bringing her anything she asked for. He did all sorts of things for her, almost becoming Laura’s own personal nurse. This continued even when she finally left the hospital. She walked with a hobble for the first few months, Ruvik feeling guilty for what happened. Laura’s attitude never changed. No longer did they talk about their television shows, their games or even eat with each other. This didn’t dissuade Ruvik, determined to make up for what happened to her.

Laura would learn of Ruvik’s guilt, and why he was being so kind to her. Rather than comfort him, she enjoyed having someone who would do just short of anything she said. She was the center of his world and she knew it. He was a prisoner of love, and she would use it as she saw fit, whether he was hurt or not.
Ruvik began to get into fights, attacking those that Laura had said hurt her. He didn’t question her, only looking to protect her. Learning what it was like to be hit and throw a punch, Ruvik began to train himself, thinking the stronger he was physically, the easier it would be to protect Laura.

Years past, with Laura steadily growing interest in money and- strangely enough -comic books. Specifically, the villains. She wanted to be just like them, and what better way, she thought, to be paid for being a villain than wrestling. After doing some research, she enlisted her brother to help her, knowing he was much more of a fighter than she was. She designed him a costume, one based off a villain of her own design called “Corvus”.

He participated in multiple amateur matches at Laura’s request, his brutality on full display. The two were fairly popular heels, Ruvik often facing off in handicap matches while Laura would stay by the side. Eventually, they received invitation to participate at AFW. With Laura wanting to go and see a company with such a vast array of fighters, Ruvik followed her, making sure she was safe, and wanting to help make her new dream come true. 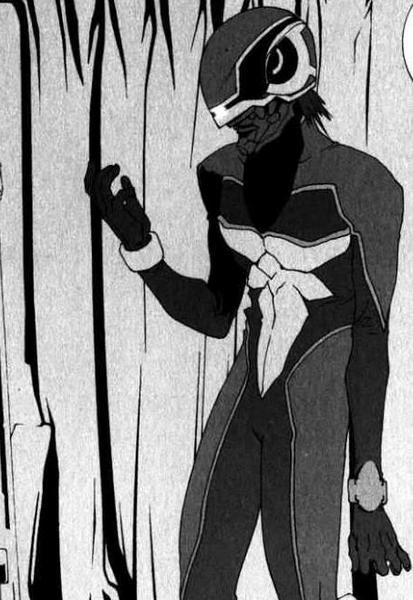 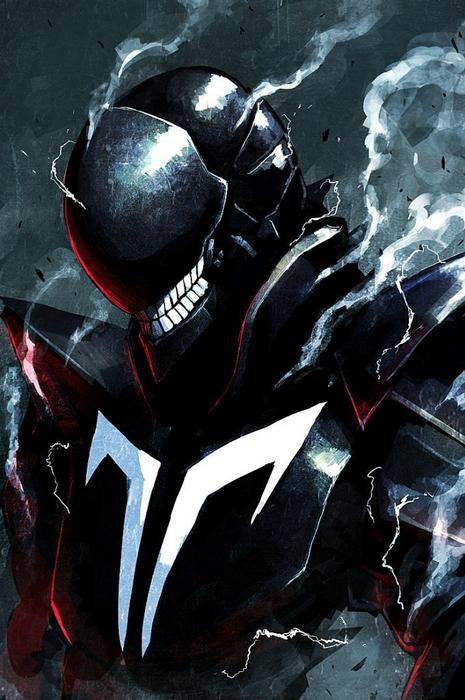 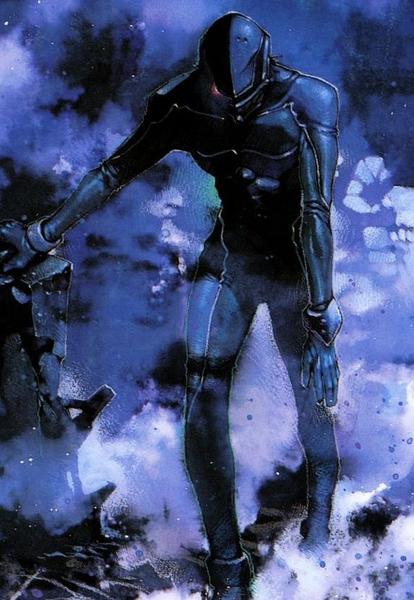 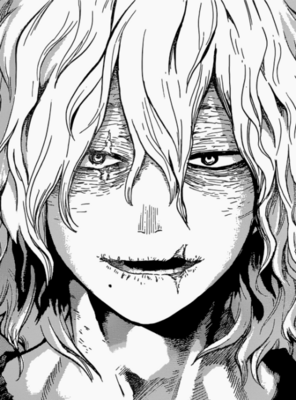 He is terrified of head trauma, to the point he often keeps his helmet on outside of matches.

Despite pretending to be psychopathic, he cares immensely for his sister, and will speak kindly to her, never raising his voice at her, and providing her with whatever he can.

If Laura doesn’t get her way, she will often bring up what happen to her, subtly implying it was Ruvik’s fault. Often, he will go into a guilt-ridden rage, and try again to get what she wants.
_________________
Tarantulust's Lair