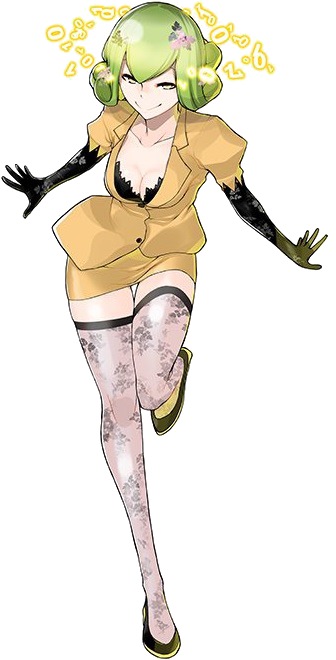 -  Yuka has always been known as the pretty face, but behind that pretty face was a greedy girl who wanted to buy the most expensive and luxurious of happiness. But instead of going the route of using that good looks to her advantage, she decided to go to college to enroll for a career in business to start her own company so that the money would begin to roll towards her for as long as it could manage.

Looking for some money on the bit on the side, she was approached for an assistant position at a nearby company as the offer took her by shock, but hastily accepted as real world experience was more helpful than anything in her mind. Little did she know that she was signing up to be an assistant manager at a Global Wrestling promotion AFW. Her employer that she would be working under had numerous women underneath his managerial services that it was getting too much for him along with other businesses that he was attending to and hired Yuka as an assistant.

This practically meant she took over completely as a manager, just not in title.

-  Yuka is a driven individual who does the best she can to reach the goal of becoming filthy rich. She believes in hard work bringing success but solely focuses on her own gains rather than the group as a whole. Although she has little idea of what Professional wrestling is, besides people beating the shit out of each other, she does take an interest in only for her job as an assistant manager. She is studious to her work and yet is snide to those who are her superiors as her true personality is devilishly mischievous. In front of those above her, Yuka does her best to please and meet the expectations but the second she knows she not being watched by them, she lets loose with her snide personality, looking down on others and generally looking for ways to make other people's life that much more difficult for a cheap laugh.

Deep down, Yuka is a petty person whom does not like it when others succeed more than her. Working as an assistant manager but having to do the duties of a full blown one, she's pretty resentful. But she does hides it well as patience was the road to success, even if it was a bitter one. On the other hand however, she does have a little side of her that enjoys watching people fail when they try so hard to succeed. Gives herself a little ego boost along the way to keep her going up the ladder.

Trivia:
-Has little no knowledge of the History of Pro Wrestling and the things that she does know of, she purposely misremembers facts.
-Although desires to be frivolous with money, she is currently stingy until she knows she has a very large and stable money flow.
-Is considered by many to be an Asskisser.
_________________
COME HERE FOR THE COLLECTION