Search
Latest topics
» About the difference in tone between Friction and Tension, or the lack thereof
by Old_Man_Tai Today at 5:43 am

» An Unexpected Stipulation
by Underdog21 Today at 4:56 am

» Dinner For Four
by HighFly Yesterday at 11:02 pm

Looking for sensual jobbers. FRICTION ONLY!

As the title implies, I am looking for sensual victims for my new mystery character GOLDFINGER.
Why only jobbers? I have planned a storyline with Iceman and want to build Goldfinger up for it. It can be a squash or a close match whatever you prefer, but Miss Goldfinger must come out victorious.

If you have a keen interest in your win/lose ratio (I feel you!), I can and will trade a win back with Tessa, Gina, Kelly, Sayuri or Amaya.

I may not be the fastest or best poster in general, …

Re: Brünhilde Larsson vs. Stone - Wagnerian

Back and forth, back and forth. For what seemed like ages, the two warriors traded chops, neither one of them willing to budge or give up. The cheers of the crowd began to swell at the fierce combat on display in front of them. Win or lose, Brünhilde had no intention whatsoever of not giving it her very best, and she wanted to make the absolute biggest impression on them as she could. Strange as it sounds, she almost found herself in a trancelike state as both her and Stone struck each other full force back and forth.

She was quickly brought back to earth, however, by a sharp spike in her knee. Falling directly onto it earlier in the match seemed to have done a bit more damage than she initially thought, and she was really starting to feel the effects as she felt each chop, being knocked back a bit more each time as more and more pressure braced onto her legs. Finally, with one last chop, her knee buckled under her and she dropped down to one leg, giving Stone ample opportunity to follow up!
_________________
under construction 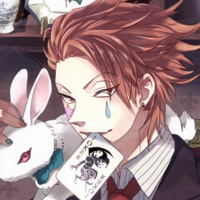 Re: Brünhilde Larsson vs. Stone - Wagnerian

This had to be a form of insanity, really. Two women trading blows like this, over and over, striking each other in one of their most vulnerable spots, hammering away like maniacs. It certainly wasn’t something that Stone had ever picked up in her time as a marine, never trained for in CQC, not a standard tactic by any stretch.

And she loved it. She utterly loved it. It was all she could do to keep from laughing like an idiot.

She couldn’t do it justice with coherent words, but it was something she’d wanted out of wrestling ever since she started it years ago. The chance to really engage in it with someone who could keep up, who wasn’t too serious or crazy or had some stupid agenda. Just fun.

That didn’t mean she wasn’t out to win, though, and it didn’t mean she’d ignore the opening when Brünhilde dropped down to one knee, losing out in their exchange. Stone took a step back, then leaped forward and wrapped her arm around the back of her opponent’s head, capturing her with a tight headlock. With that synched in, she kicked her legs out, jerked back, and attempted to hammer Brünhilde’s skull in the mat with a wrestling mainstay: the DDT.
_________________