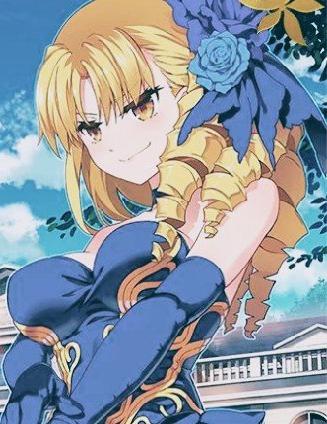 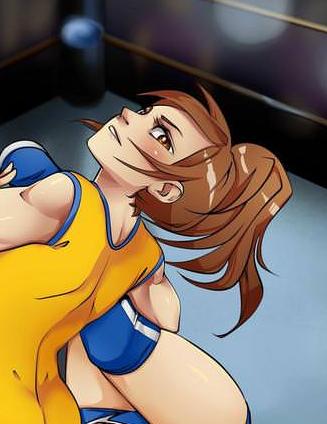 Gwendolyn Dupont Bettencourt, The Imperial Rose...and Adrian Kytes, The Occasionally Hardcore Gamer Girl...were once both having career renaissance's of sorts. Each being embroiled in their own, separate, vendetta stricken rivalries with others who sought to challenge their reigns. No earthly tether had seemingly connected the two. Aside from at one particular point in time in both their respective careers, they became holders of cherished championship title belts. And as a result, were contractually obligated to participate in press conferences with the sole objective of fielding questions from scoop-starved reporters. Whilst seated beside one another...snide quips were thrown and prickly barbs were exchanged. Although their time together was cut short by a bald, brawling ruffian, first impressions had been made...and none were overtly pleasant.

Years later, their paths crossed once again when Gwen's commandeering of the entire Friction locker-room led to them re-entering the other's universe...and a possibly destroyed Nintendo Switch. Gwendolyn, ever the theatrical opportunist, opted to capitalize on this chance encounter by hosting a premiere gala event dedicated to the life and career of Adrian Kytes under the false pretense of attempting to settle hostilities between them and achieving a friendly reconciliation. When in actuality, Gwendolyn used this elaborate set-up to merely highlight the startling similarities between them and their controversy-laden career's, propensity for shirking the rules, and even similar color palette in wrestling attire. Although rather than accept a position under Gwen's employment, Adrian rebelliously stood her ground and smacked away the heiress' gloved hand. Leading to not just the startling revelation that they had secretly, and spitefully, demolished the other's modes of conveyance...but to one final exchange of words that brutally detailed their vitriolic opinions of the other.

After reaching the ultimate understanding of the other with nothing more to say, their fists began to do the talking. Resulting in the climactic finale to Adrian's dedicatory segment...and the Avalanche match several years in the making, where on the grandest stage of them all, after blazing their own trails and cementing their own legacies...amongst all of their perceived similarities...one unmitigated difference will forever differentiate them.
Which one is superior in the ring.
Follow The Storyline
1)Champion Conference 2015 (no Kellys)
2)Territorial Dispute
3)Second Against The Wall
4)~Crème De La Crème~ Feat. Adrian Kytes
5)AV 18 Adrian Kytes vs. Gwendolyn Dupont Bettencourt
_________________