A Fresh Start For Valley Doll

A Fresh Start For Valley Doll 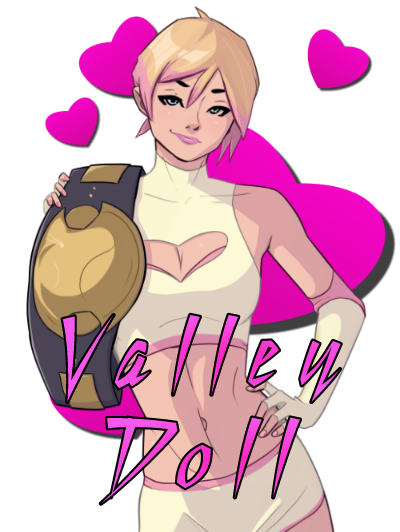 At the age of 35, Valley is one of the older women on the Friction roster. Some would say she’s over the hill, some would say she’s just hit her prime. Either way, after something of a disappointing start in the league, she managed to hit her stride during a fued with Natasha Han, and she’s been on a tear ever since. Picking up a solid string of victories, she managed to win the Entropy Title in a harrowing match against Alaina, and held onto that belt for a good amount of time, taking on a wide array of opponents in match after match. For a while, it seemed she would have one of the longest Entropy reigns in the company.

Then along came the wolves, and all that changed.

Led by Manami Kuroda, the Dire Pack set their sights on Valley Doll, ambushing her in a park and leaving her within an inch of her life. Incensed, the champion returned fire with an attack on Manami’s underlings, and challenged the woman herself to the ultimate test of a wrestler’s prowess - the Iron Woman match.

Valley and Manami met at Summer Splash and fought. And fought. And fought. It was an epic battle, one that took the best out of them, that scarred them mentally and physically for life, and even dragged them into a pit of snakes (long story), but at the end, when the smoke cleared, there could only be one winner.

And that winner was, sadly, Manami.

It was a hard pill to swallow, but there was no getting around it. Manami was a ruthless competitor, but she wasn’t a cheater. She’d beaten Valley fair and square, and the Slamazon was left wondering what her next step would be.

After some soul-searching, she figured it out - Tension. A new federation, new challenges, new opponents. The perfect place to rebuild, regroup, and start a new chapter in her life…