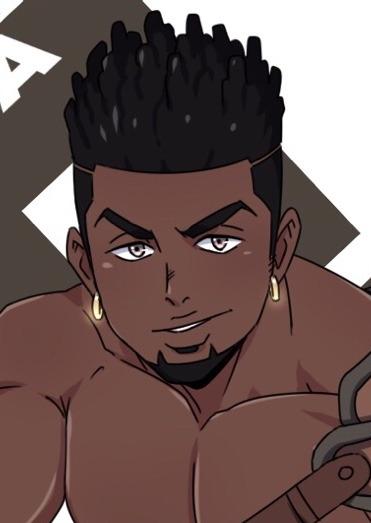 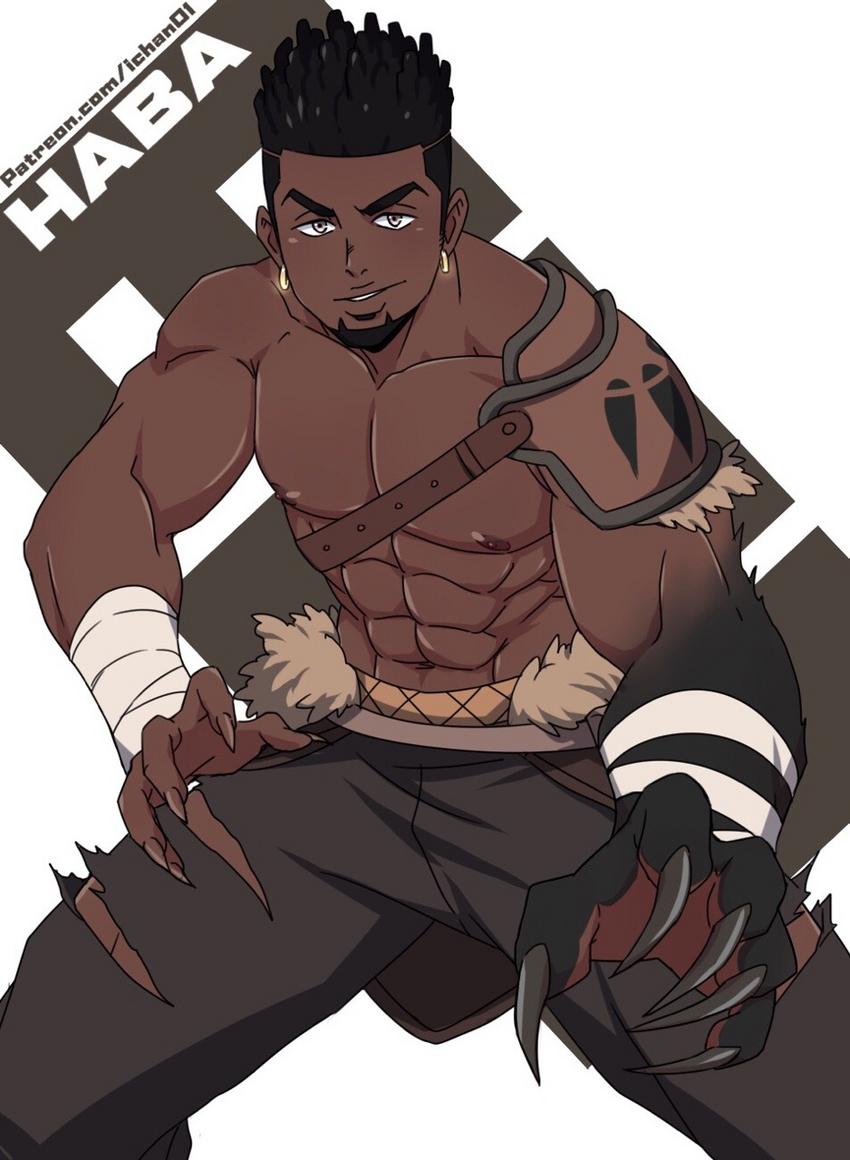 K’Challa is a young hunk with dark skin. His dark hair is buzzed around bottom half of his head, with short dreads on top. The man also has a short beard on his chin. He’s got hazel eyes like his sister, and ear rings at times. He’s also very muscular all across his entire body.

K’Challa is a young and very muscular stud. He’s somewhat tall standing at about six feet (Same height as his older sister). K’Challa also has rather broad shoulders.

Personality: K’Challa is a wild individual who cares little for rules. The man is cocky, he’s overconfident in his own abilities and skill, while looking down on female competitors in the sense that he is simply better. K’Challa is also rather loud mouthed and easy to provoke. While at home he is somewhat lazy.

K’Challa is a young man who’s been through a harder life than his sister. Raised in an African village as a child, the boy would enjoy grappling and rough housing with other children. He was an orphan due to the passing of his parents. He was taken in others in the village, but money was scarce. So since the village he lived in was not prosperous, K’Challa moved alongside his uncle to the city. Here they could make more money, but K’Challa was only ten so he could not work right away. Eventually K’Challa got a job washing cars when he was fifteen. It didn’t pay too much, but it was enough for him to get by.

When K’Challa got older, though, the young man gained some bad habits. He took up drinking, he got into fights around town, and he also got into a bad crowd that got him into gambling. His uncle managed to handle some of the bad habits, but  he was still a troublemaker at heart. Eventually K’Challa became a a womanizer at bars, adding to his list of poor choices. He was an inch away from actually becoming a male prostitute, as well (Not exactly by choice, but due to large gambling debts).

However, his older sister soon had enough. The two of them had been raised separately due to her being adopted while he was taken in by his uncle. They’d met many times since she and her adoptive family often made trips to Africa. His sister Monami had noticed his choices were getting worse and worse. So, the young woman decided he was coming with her this time. Her family pulled some strings and managed to get him to move to Japan. Monami would watch over him from then on, and she’d force him to get a job. There was only one that he’d agree to, though (Despite being pounded on by her as a result). He wanted to do what she was doing. AKA Wrestling. Sure he was a decent fighter, but he didn’t have much training. So Monami reluctantly trained him the basics and eventually they’d get hired by AFW. Of course K’Challa was a pity case and was only signed because of his older sister and his good looks. It didn’t matter too much, though. K’Challa would take this place by storm all on his own.

Thinks of himself as Tarzan since he’s a ‘wild man’ coming to the civilized world. Of course he was raised in a city in South Africa, and he wasn’t exactly raised in a jungle either.

Can eat anything basically as long as it’s food

"Werebear" comes from his fondness for Werewolf movies