» Well Earned Revenge and Reward
by FairyGirl Today at 9:36 am 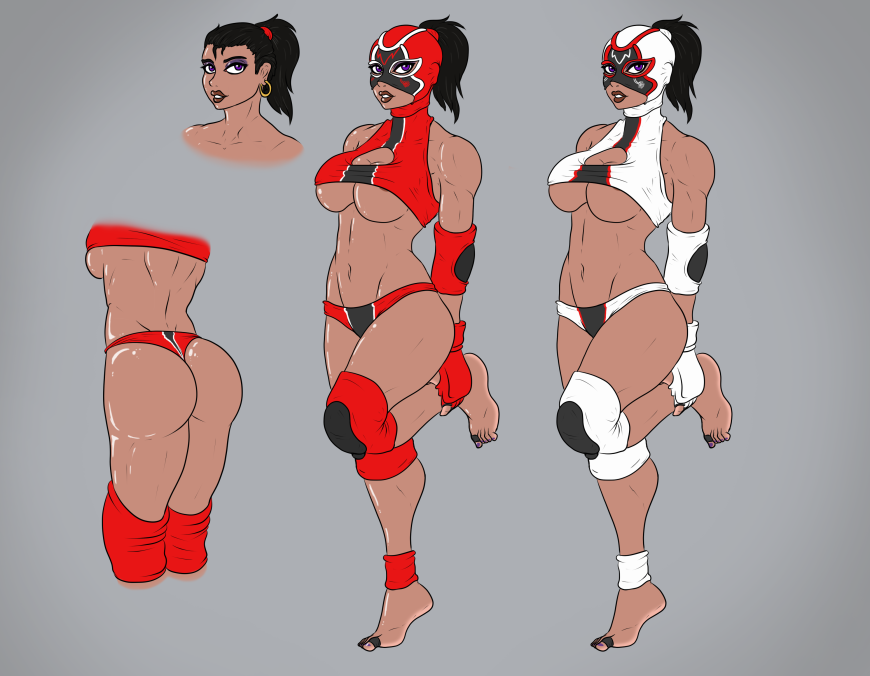 --Personality--
-Angelica is a normal girl,mostly friendly but at the same times she loves to tease,especially in the ring. She will not hold back to insult her opponents,she simply loves to put some "pepper" in her matches,but she hardly considers herself as a heel wrestler,she is loyal in the ring and follows the rules.

-Outside of the ring she is used to hang out with friends and especially drink with them,she has no problems to do the same even with her opponents and other wrestlers as well.

-She is a stripper,a pretty known one, she is aware of the beauty of her body, and in fact she also uses it inside the ring, she doesn't think twice about posing or humiliating her fue with some dances, but don't be fooled, she could even own a cute face under the mask, but she beats hard!

Angelica was born in Mexico, from a Mexican father and an Australian mother, she lived all her life in her country and studied there, and since she was a little girl at school, she was loved by boys for her beauty, and also by some girls obviously,considering the messages left on her desk.
His father, a former professional luchador, would have preferred a male son to inherit his knowledge after many years of wrestling, but this didn t discouraged Angelica to learn and ask to her father to teach his tricks; initially it was just for curiosity and as a game, since she started to "train" at the age of 10 years old, but slowly she began to understand the importance of the luchador mask, the passion of the father, and the family traditions and heritage,managing  to become a discreet fighter with the time.
with the years passing she becomes more and more skilled, but to maintain her studies and to be independent, since she hates having to live under the control of the family, she also began to work for a striptease club, wanting to take advantage of her body, and of course, taking all hidden from her parents, but she does not mind, in the end she doesn t deny how attractive her body is, and she doesn t see morally wrong herself dancing in front of people who pay,she kinda likes it too.
_________________
**MY OCS ------>>   http://www.afwrpg.com/t18939-luigi-s-oc