» Atalante Pallas Vs. Lucille Guillot
by LunarWolf Today at 5:32 pm

» Lilliana Reynolds Vs. Atalante Pallas
by LunarWolf Today at 5:18 pm

» Euro-babes catfight! Yvette vs. Estelle
by pu-level-up Today at 1:19 pm

» [ ̶S̶t̶a̶n̶d̶a̶r̶d̶ Handicap Match] Astrid Arvidsson vs ̶Y̶v̶e̶t̶t̶e̶ ̶L̶o̶t̶h̶a̶r̶i̶n̶g̶i̶a̶ The Part Timers - When One Bunny Is Not Enough
by pu-level-up Today at 1:02 pm

I really tried to keep on my one post per week policy and sat in front of my posting sheet for hours. But right now, I just can´t pick myself up.

I guess I need a break.

Sorry to all my posting partners. I hope that i can pick up some steam again in the future and post then and when. 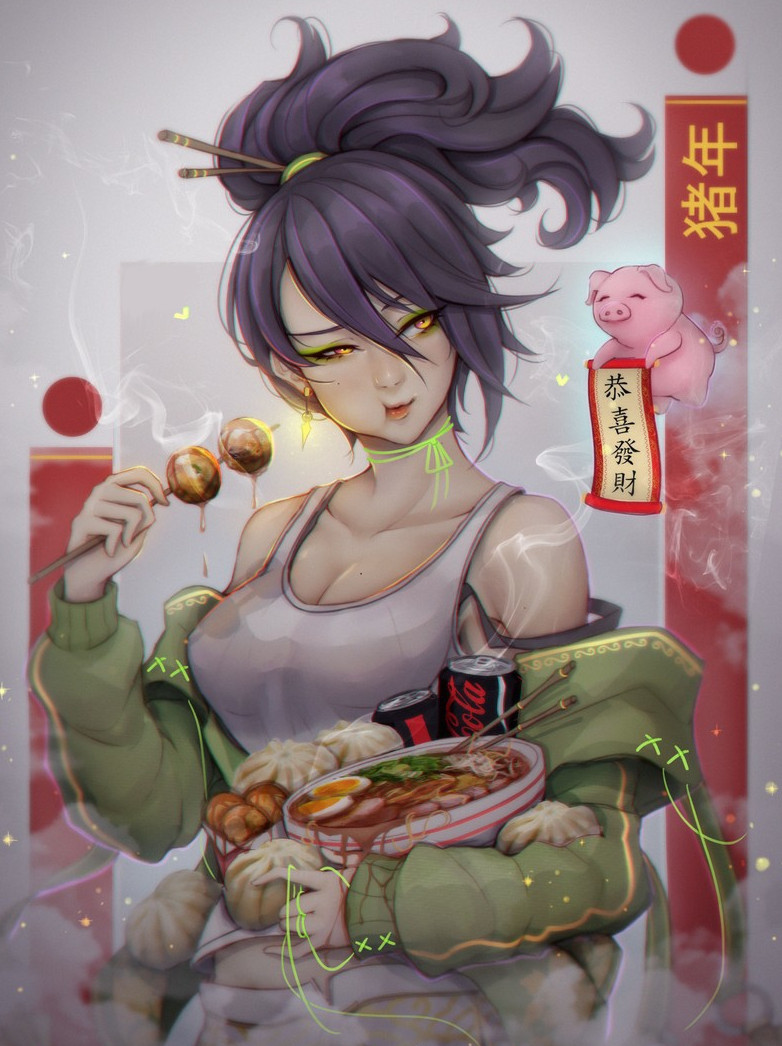 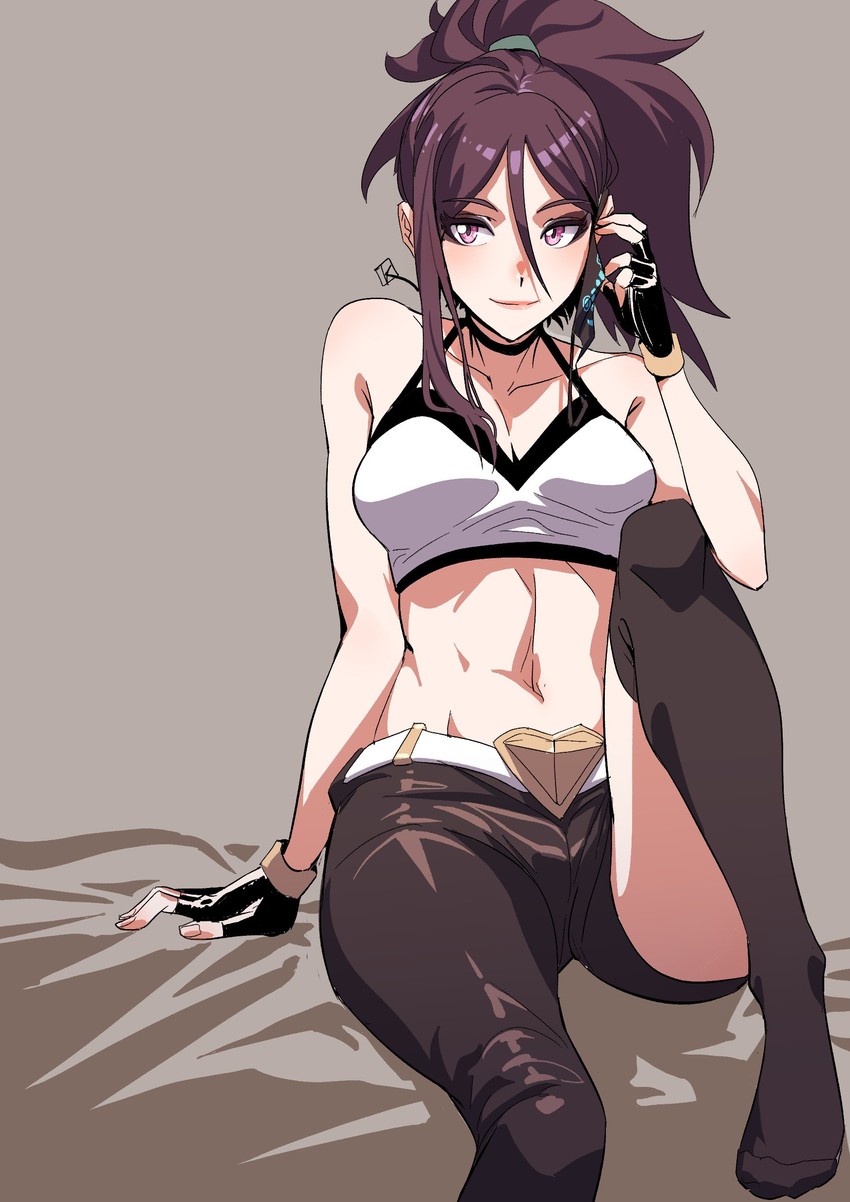 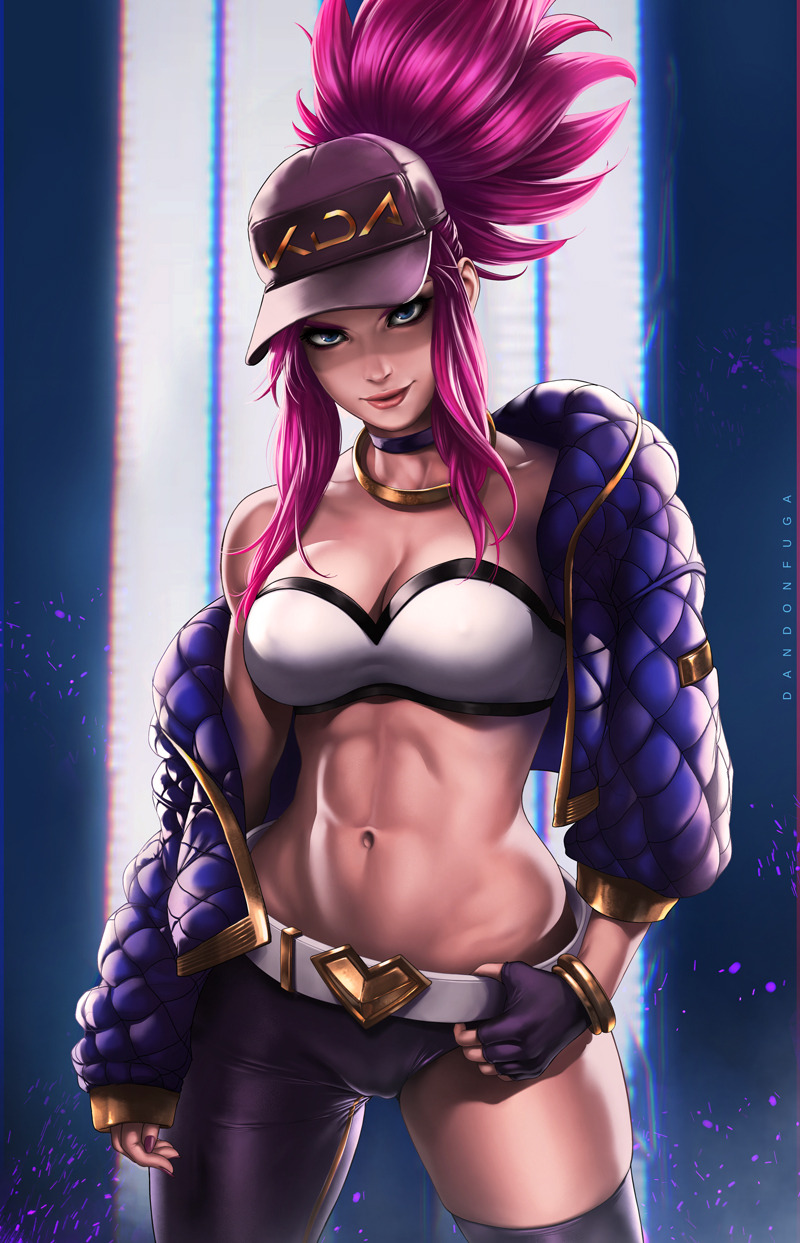 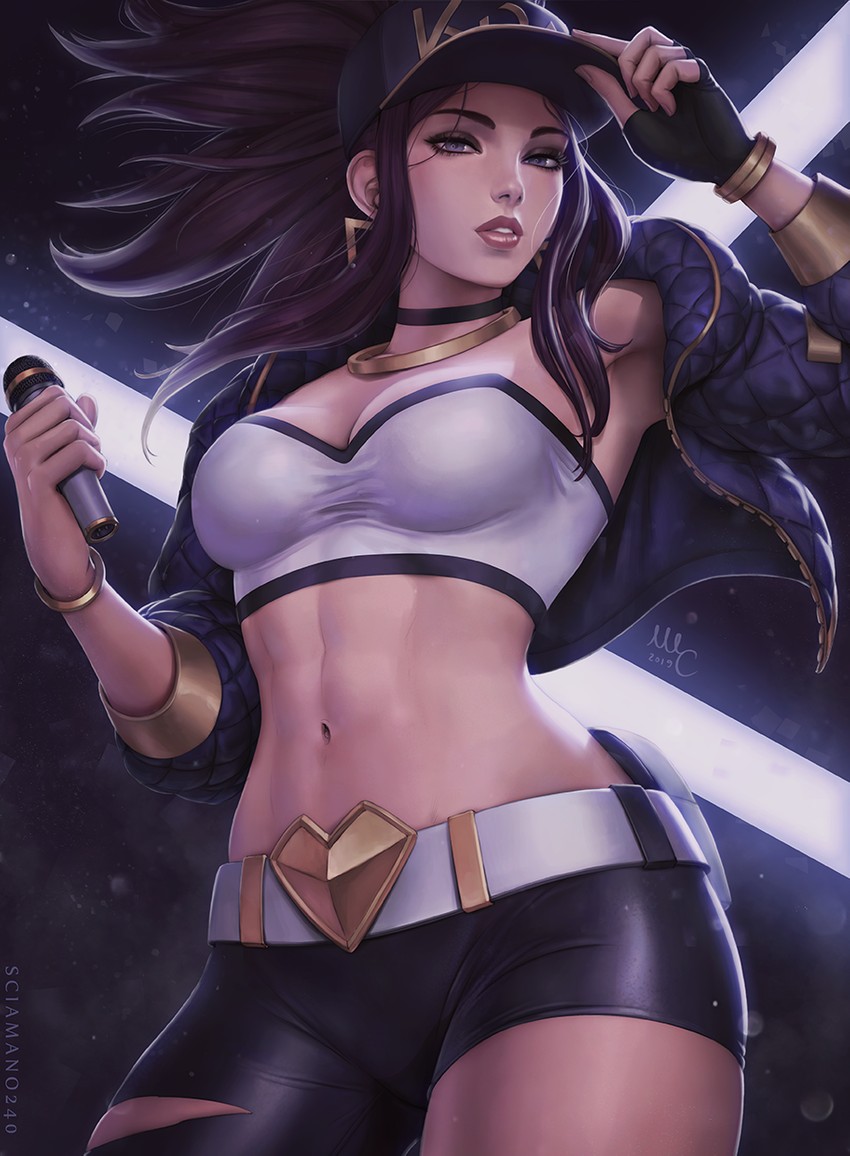 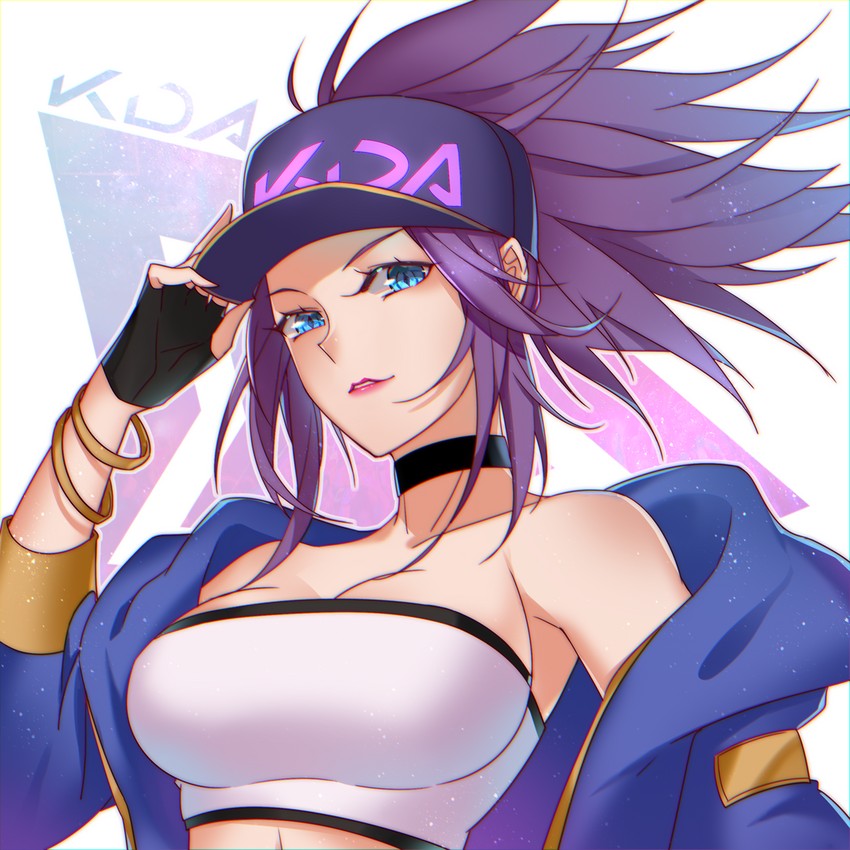 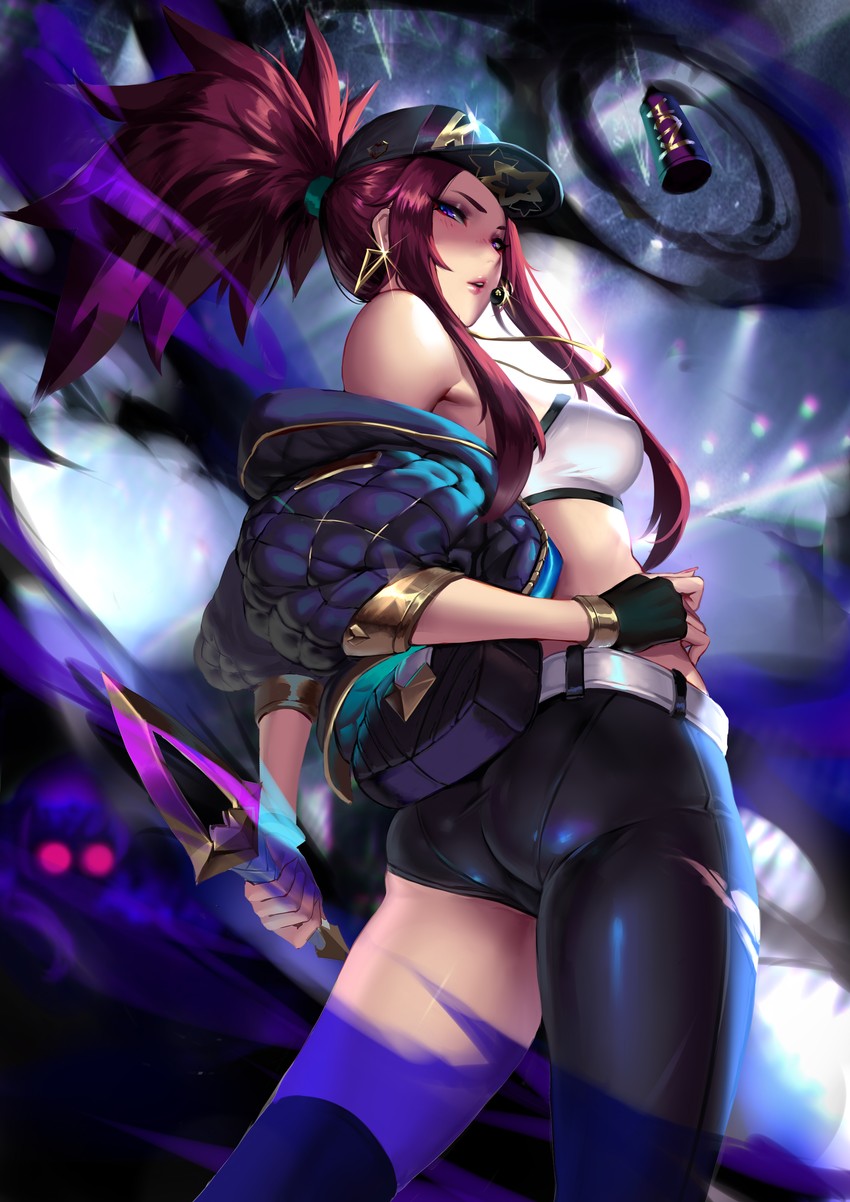 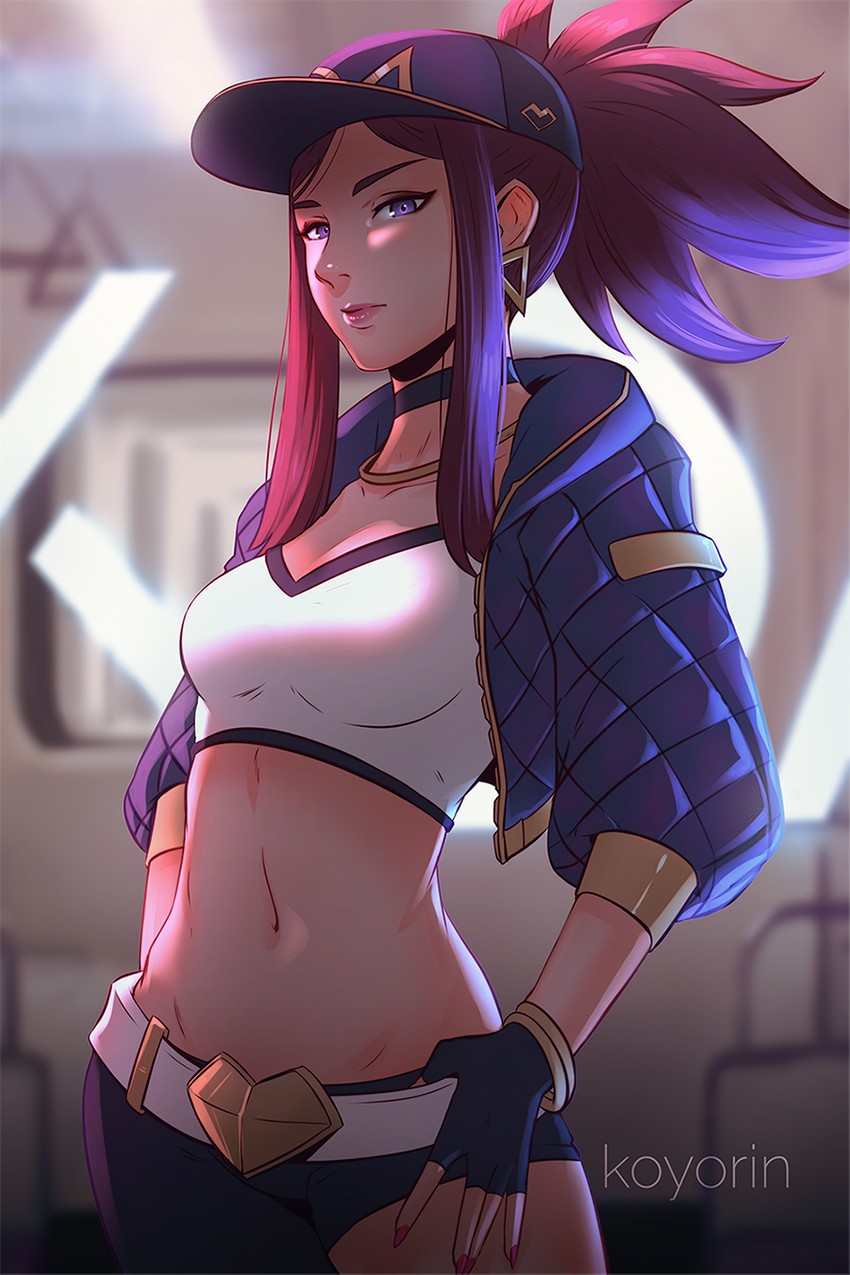 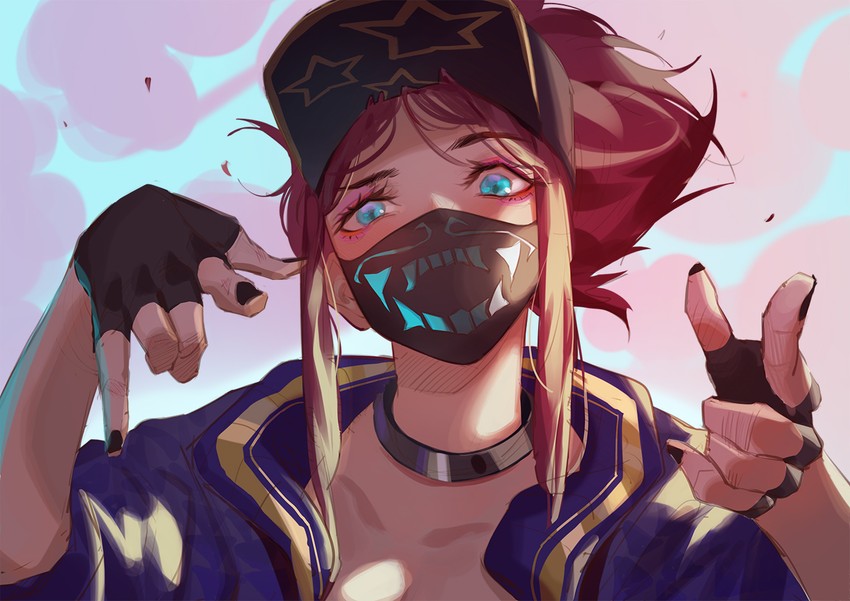 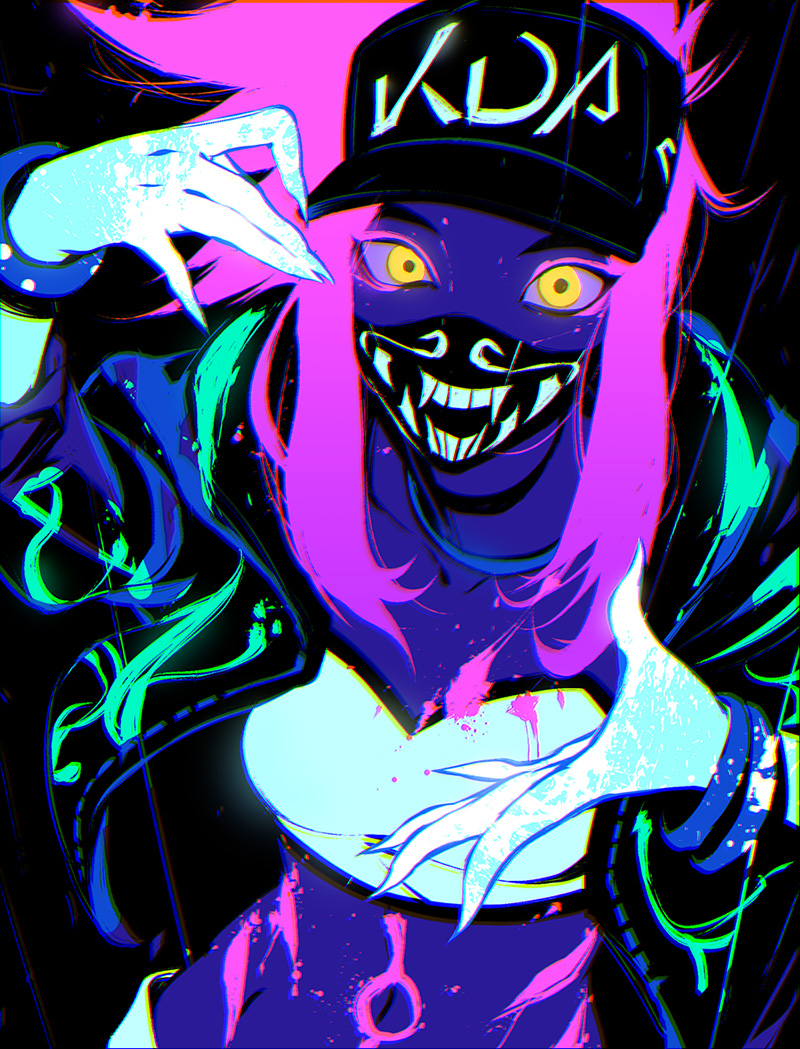 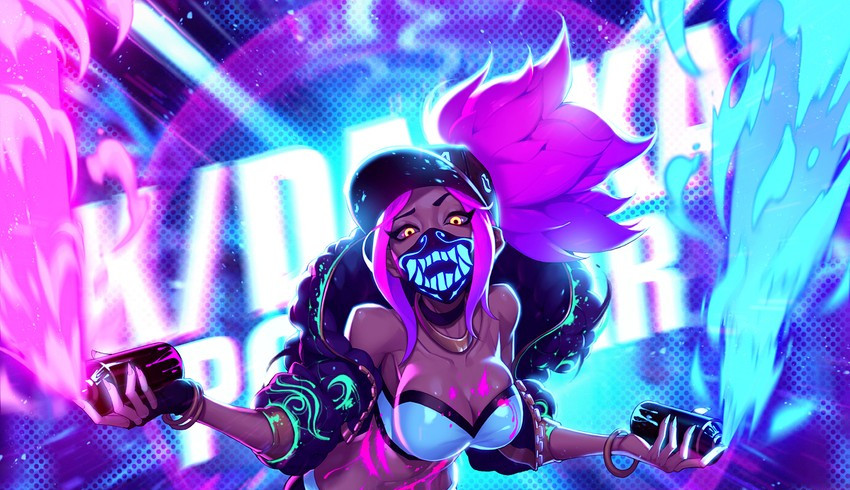 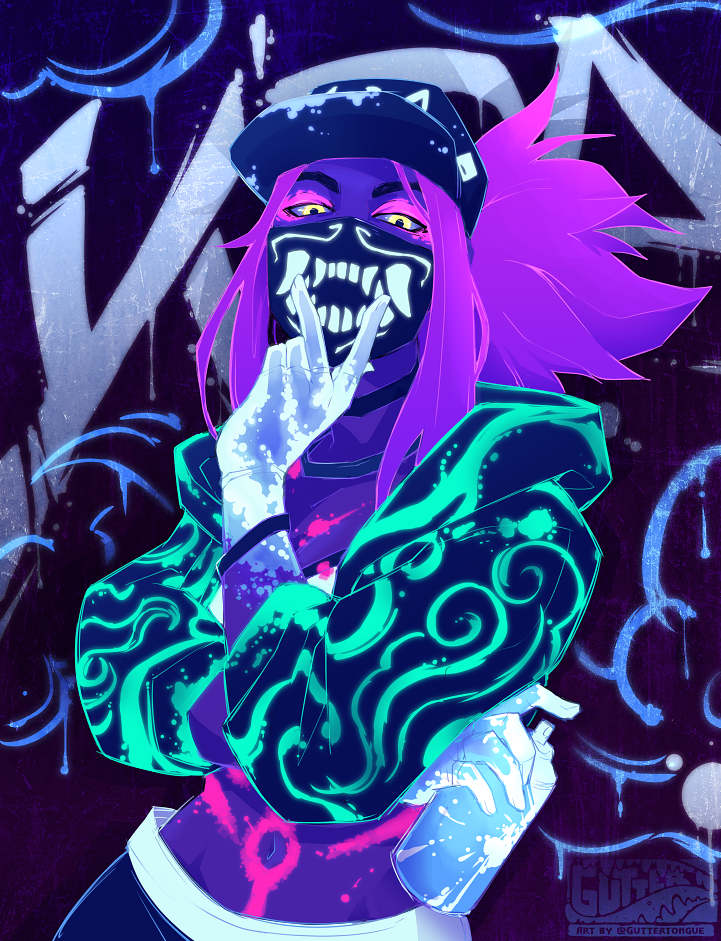 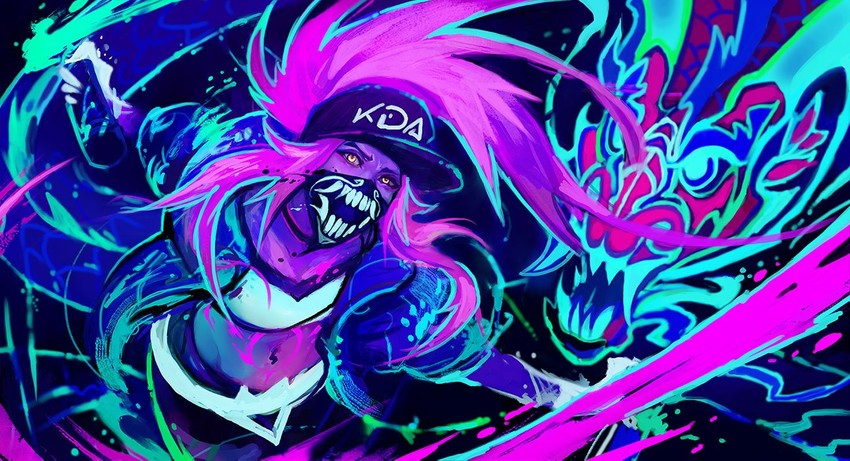 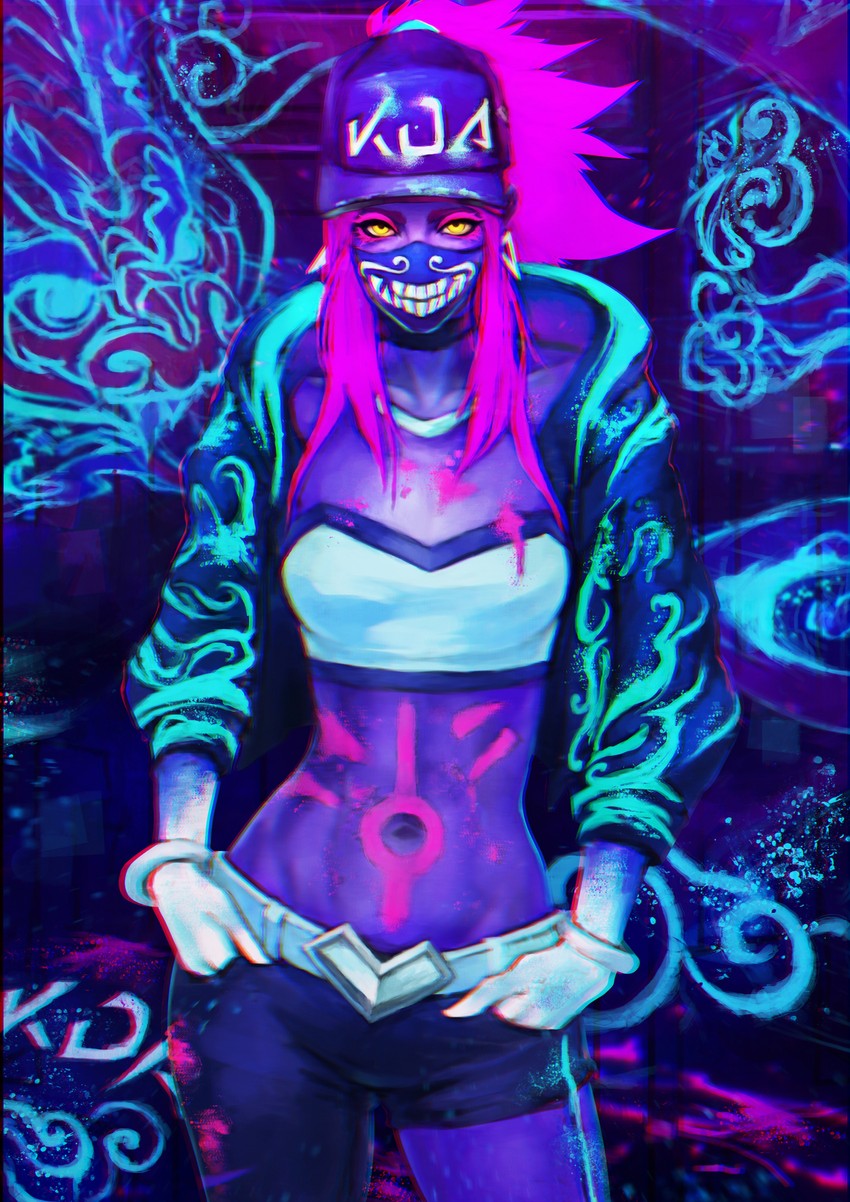 Strategy: Gyuri throws herself at her opponents with reckless abandon, using her momentum and weight to spike her damage potential. She is a relentless pursuer, hunting down her opponents regardless of where they run to. When given the upper hand she will berate and showboat to express her superiority. She makes good use of counter striking into takedown and joint lock submissions. She loves locking up limbs so she can easily batter a helpless opponent with strikes.

When the going gets tough, she won't hesitate to take a cheap shot of she can get it. In her eyes, getting away with an illegal move without getting caught is a valid strategy and thus, fair game. She hates to lose, and will do almost anything to seal the deal or go out on her own terms.

Endurance:
Throwing down since she was a kid, she knows how to take a bit and keep going.

Strength:
About average, she won't be deadlifting people.

Speed:
Her movement is as slick and smooth as her flows.

Defense:
Trained well to guard against strikers and grapplers.

Striking:
Solid striking, she generally targets weak spots on her opponent to maximize the bang for her buck.

Submissions:
Joint locks and take down submissions are a large part of her kit.

Powerhouse:
Sparingly, power moves are not her forte.

Aerial:
A natural showboat, she makes good use of heights and ropes to dial her offense to 11.

Countering:
An incredible counter striker able to fill in opening with her own hits or slap on submissions over missed strikes.

Stormchaser:  Quick and versatile cutter variation, used aggressively or as a counter for a variety of moves.

Personality: Stubborn, determined, and self centered. If someone were to ask Gyuri who some of the best wrestlers out there are, she would name herself first. She is a young cocksure woman with the dangerous combination of a natural aptitude for the ring. Over the short amount of time she has trained, the young woman has proven she can hang with those far more seasoned than her which only serves to strengthen her ego.

Her attitude isn't without merit. Coming from a hard knock life where she had to claw and scrape for everything she got, now that her talents are being recognized she is relishing it. Inside the ring, she is a volatile woman, enjoying making a mockery of her foes and showing off to the full extent of her abilities.

While she is still rather self absorbed outside of the ring as well, she is far more approachable. She has a soft spot for people who come from broken households, going so far as to performing for and donating to charities that deal with such things. Her blunt nature sometimes make her come across as insensitive though, even when it isn't intended which often times finds her on the receiving end of backlash due to this however.

Despite being a wrestling rookie, her incredible aptitude for the sport has justified her cocky nature. Gyuri views herself as an unstoppable force, looking at her own stubborn nature and raw determination as proof she is among the greats.

Past/History: Life in North Korea was one fraught with despair. The joyous news of a baby on the way in most any other part of the world would be met with celebration. For two young lovers just scraping by while food shortages were growing larger day by day it meant certain death. They needed to find a better place, make a better life for their unborn child, so they attempted to leave.

Things didn't go as planned, as they rarely do and her father was apprehended at the border, caught in diverting officials away from his wife so that their child would be saved. Her mother never saw him again, unaware if he was executed or shipped off to a labor camp. She was far too afraid to contact anyone from back home to find out as it put her and them at risk.

Gyuri was born a citizen of South Korea. A healthy baby girl whose life was supposed to be filled with such promise. There was always a dark shadow that lingered over their household. Her mother tried her best to make a home for them, working several jobs and enduring the hardships that came with it. She had told herself it would get better in time… it never really did. Still, she looked her heart and her time into making sure Gyuri would grow up better than she did, to make sure the sacrifice of her husband made hadn't been in vain.

The two struggled for some time, her mother never home and a young Gyuri made to tend to their apartment after schooling. Tension was always high, two strangers connected only by blood constantly fighting over the smallest things. She found comfort in one thing, music. When things were too hard to deal with she would just lose herself to her favorite artists to escape from her miserable life and step into someone else's shoes.

As she grew older into her teens, things had reached a tipping point. One particular argument had gotten physical. A broken chair, pulled hair, and a smashed lamp later she was gone. Gyuri gathered what little she had and took off, taking to the streets.

She lived for a long while on her own, ducking from shelters and back alleys, scrounging through dumpsters for her next meal. She would sometimes perform on street corners, dance routines she had seen on the television or some of her own freestyle flows inspired by her favorite hip hop artists. She caught a break when someone saw her performance and asked if she could come to a club to perform. She agreed.

While she was only fifteen, she had been lying some time about her age. Used what little money she had to have a fake ID made to pass into places she shouldn't be able to get into and avoid being sent back home. It came in handy, getting her through the door to the club. The man she had talked to had been a manager and met her inside. The place was packed due to some sort of event, just she was suppose to help entertain the crowd before it got underway.

With little time to prepare, she took to the stage… And froze up. She had never been in front of a crowd this large before or even on a stage. It wasn't long before the crowd turned on her and called for her to get kicked out of the club. One of the bouncers came over to escort her out and as a gut reaction she grabbed him by the wrist and threw him over her shoulder onto the ground.

A second bouncer charges her, slugging her right in the face, bloodying her nose and dropping her to the floor. He started kicking her… and the crowd was cheering. Suddenly it stopped. The bouncer hit the ground beside her. Looking up bleary eyed she saw a blond woman standing over her, a hand outstretched. Charlie Daniels, and American prize fighter had come to the club to compete but decided instead to leave with Gyuri.

The two were an unlikely pairing, but Charlie had a knack for seeing through Gyuri's lies… she didn't seem to care though. The two talked for some time at length about just about everything and while they differed about a great many things, they each saw a bit of themselves in one another. Rather than letting her go back on the streets, Charlie offered to let the Korean native stay with her if she handled some chores and came with her to training sessions.

Within a year Charlie had formally taken Gyuri under her wing at the rope age of sixteen and showed her the ropes of fighting. It wasn't just punches and kicks, but grappling and more involved bits of acrobatics too. Charlie hadn't always been a hard knuckle boxer, she had also been a wrestler. A good one apparently, and she passed on much of that to the young Korean girl.

Under Charlie's guidance she grew stronger, faster, more confident. The two of them had team, supporting one another outside of the fighting lots almost as much as inside. It helped to Foster her talents beyond fighting, branching off into her love of music. She became a SoundCloud artist with a growing following and hopes to one day make that her full time career. In the meantime, she travels with Charlie, taking in all life has to offer by trying new things whenever she gets the chance

Express Yourself: Gyuri pours her heart and soul into her artistic expression. Outside of her rap career, she takes to the streets to leave her mark on the landscape with intricate urban graffiti. Each project she takes on has a deep meaning to her, even if it isn't made expressly obvious to someone critiquing her work.

Spit Fire: Gyuri is a hobbyist fire dancer. She will sometimes include some fire eating or breathing into her wrestling presentation.

Jade with Envy: Though she won't admit it freely, she is jealous of people with supportive families. This sometimes manifests negatively with her lashing out at people as a result. In the moment it may feel right, but she almost always regrets it later.

Die Young: Much like her style, Gyuri is a reckless thrill seeker. She doesn't hold much value in her own life, preferring to experience whatever tickles her fancy at the time rather than worry about the consequences. This has luckily worked out well for her so far.

Re: Gyuri, The Urban Dragon: Flows and Fire