Kit’s preferred strategy in the ring is quite simple. Start fast, start quick, pepper the opponent with fast hits, throws, and dives, and use her technical wrestling abilities as needed to wear an opponent down, or just keep them in place when she needs a break to catch her breath, and prepare for another speedy assault.


Style: A mix of showmanship, technical ability, and high flying, learned from watching her favorite japanese and lucha libre stars. Her submission skills are weak, mainly using any holds as ways to buy time or catch her breath than actual submission attempts. Will go for anything that pleases the crowd.

Fox Fyre- A lifting corkscrew suplex, where Kit sets her opponent up for suplex, and, halfway through lifting them, twists both their bodies and drops them back first onto the mat!

TwinTail Strike - Kit runs and leaps at her opponent, turning her body to perform a wheel kick, slamming her leg or hip into her opponents face!


Finishers:
Blazing DDT- An Asai DDT Variation, where Kit grabs her opponent around her head in a cutter setup, then jumps upward, flipping her body back above the opponents head and comes down, dropping to her butt while planting the back of the opponents head into the mat with a Reverse DDT!


Twintail Inferno- Kit climbs to the top turnbuckle after taking down an opponent, and leaps off, turning her body in a corkscrew fashion while doing a full back flip in the air, performing a Corckscrew Shooting Star Press and landing chest first on her opponent!

Black Fyre - A Double Underhook Corkscrew Neckbreaker, that Kit really doesn’t like to go too if she can help it, due to the complication of the move and the way it wrenches her back. Kit bends her opponent over and hooks her arms under her opponents, behind the opponents back, then lifts them onto one of her shoulder. From there, she flips them sideways off of her shoulder and grabs their neck, then flips her body and theirs on the way down to drop them with a twisting neckbreaker!

In the ring: As Blazing Kitsune, Kaori takes on an over the top, exaggerated, and boisterous persona, often making grand boasts and calling out the name of her signature and finishing moves out load, while making a point to try and please the crowd however she can. Indeed, pleasing the crowd is one of her main goals that she tries to accomplish in the ring, and she seems to get upset whenever she does something that earns the crowds ire, no doubt as it reminds her of the negative attention she got after the Fyre Festival. Aside from that though, under the mask she becomes a larger than life character, embracing Japanese "Fighting Spirit", eager to fight and entertain all!

Outside the ring: Once she's outside the ring, and the mask is off, Kaori is far more subdued and relaxed. A kind personality, though admittedly, like a lot of Influencers, she has a tendency to be somewhat self centered and thinking of herself, though not out of any malice towards anyone in particular. Not wanting people to recognize her, outside the ring she will try to keep to herself as much as she can.

*A Japanese woman whose father took pictures for a pro wrestling magazine company, Kaori grew up getting front row tickets to wrestling events, enjoying the bright lights and large crowds, and most of the performers. But the ones that captured her attention the most, whose matches always made her watch enraptured...were the special unique characters, the masked ones. Jushin "Thunder" Liger, Great Muta, Great Sasuke, El Samurai, Hayabusa, Mistico, Ultimo Dragon, Rey Mysterio Jr. and more. Something about them, their attitudes, their outfits endeared themselves to the young girl, and she fell in love with all of them.

*One point during her childhood, at the height of her love for wrestling, she even drew pictures of herself as a masked wrestler, naming herself the Blazing Fox after her love of Kitsunes.

*During high school, she joined the girls wrestling team, gaining and developing decent technical wrestling skills, continuing her wrestling while in college, while also gaining a bachelors degree in photography, inspired by her fathers years of photography work in wrestling.

*For a time, she worked with her father, taking pictures of wrestlers in Japan and abroad, eventually going to Mexico where she would take pictures of Lucha Libre matches as a representative for the magazine he worked for, even dating a wrestler while there.

*During her time there however, she would post various pictures of herself at the beach, or promoting certain events, on her Instagram account,(something she originally started as just a hobby and maybe a chance to one day earn some side money) which, while not a super small number, was still modest, began to grow, and grow, and kept growing with each picture and video she did.

*Over time, as her internet fame grew, the young woman decided to make being an Instagram Influencer her full time gig, posting up scantily clad pics and advertising for whatever came her way, gaining modeling jobs, and son on. Her account, at a shockingly fast rate, becoming one of the higher ones on the site. For a time, she was on cloud nine, her professional photography gear giving her a bit of a leg up on more amateur influencers.

*Things came crashing down however...thanks to the utter disaster of epic proportions that was the Fyre Festival. Kaori was one of the most frequent influencers posting about it, constantly posting the orange square symbolizing the festival and even getting to be one of the lucky influencer girls brought to the island for photo and video shoots, personally getting to meet Ja Rule.

*When the event turned out to be a scam of massive proportions however, the Influencers were the first ones blamed, and she, along with others, took the brunt of the backlash. She lost millions of followers, received death threats, insults, and eventually, depressed and sullen, she deleted her Instagram, Youtube, and Twitter accounts. While her email remained private, the rest of her online life was ruined and gone.

*She returned home to Japan, where for a while, she did nothing but sit and live at home, unsure of what to do with her life. She had very few life skills, and due to her internet fame, she couldn't use her photography skills and education for work, as she feared getting recognized would cause her problems.

*It was her father who came up with the answer, suggesting she go back to her original love, use the wrestling skills she gained in school and college and try to become a professional wrestler, using his contacts from his years as a photographer to open a door for her. She was hesitant at first, unsure how to keep her identity hidden in such a public profession...until she remembered, locked away in a box of old things in her closet....some pictures she made when she was a child...

*In time, she had her outfit and character designed and ready, and, thanks to some help from her lucha libre ex-boyfriend, was given extensive wrestling training. Thanks to her father pulling some strings, she was able to join a smaller wrestling league in Mexico that had an talent exchange arrangement made with Neo Japan Pro Wrestling, allowing her to work for and gain experience wrestling in both companies under a mask.

*While not the most successful wrestler in the ring, her in shape body, (as, due to being an influencer, she spent hours in the gym to stay in shape and be athletically fit for her bikini shots) and decent skills helped her stand out, until an AFW talent scout offered her a contract with the Friction league. Surprised at her own success, and loving that she was now one of the very characters she once idolized, she accepted, and moved to Tokyo full time, ready to regain fame and fortune in her new field!

*Kaori is terrified of someone taking off her mask and exposing her real identity to the public, and so keeps the mask on at all points in the arena and during any public appearances, not taking it off until she's at home, and refusing to acknowledge any of the few people that DO know its her under the mask unless she has too.

*As an added pre-caution, Kaori paints her face before each match, so that, if her mask is ever removed, it would be harder to identify her. Should the mask be removed, she'll get far more aggressive in the ring, attacking however she can until she's able to put the mask back on. She got the idea from Jushin Liger himself, whose more aggressive "Kinshin Liger" form would reveal itself when unmasked.

*She chose a Kitsune as the design for her wrestling persona because, as a child, the Kitsune (fox) was her favorite animal, and she loved the old stories and tales about clever kitsune's tricking or testing humans and oni demons.

*While she chose the name "Blazing" as a kid and kept it years later, she has multiple colors of her outfit made, as a representation of how the Kitsunes from the old stories being able to have different elements at their disposal.

*Only her parents, trainer ex-boyfriend from mexico, and few select others know her true identity under the mask.

*While she hopes to put it behind her and move forward, Kaori specifically named some of her finishers with the Fyre spelling, never wanting to forget what happened and wanting to avoid making similar narrow minded mistakes in her wrestling career.

*Kaori is vegan, and loves to try new vegan dishes all the time


Kaori's appearance and outfit during her instagram influencer days: 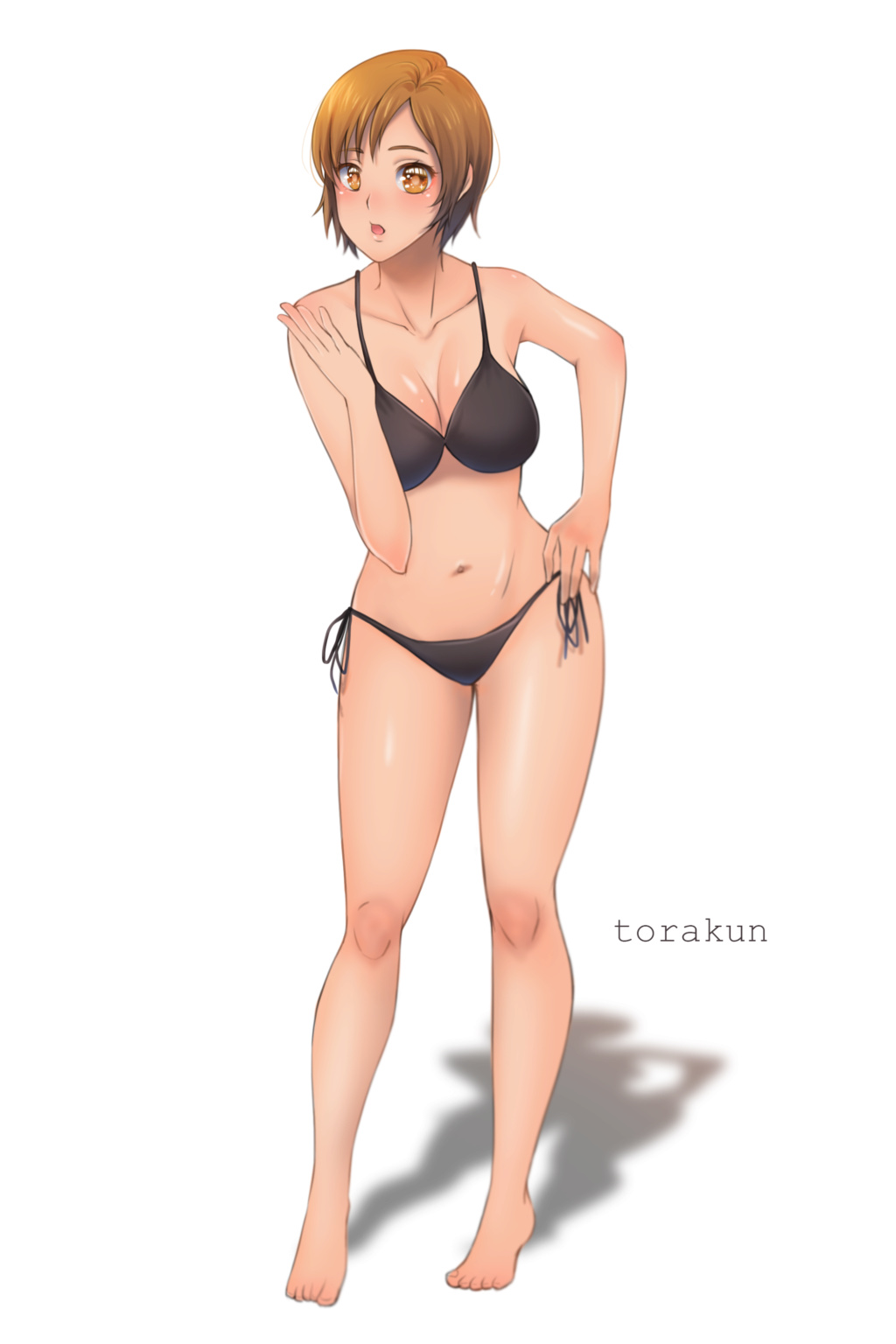 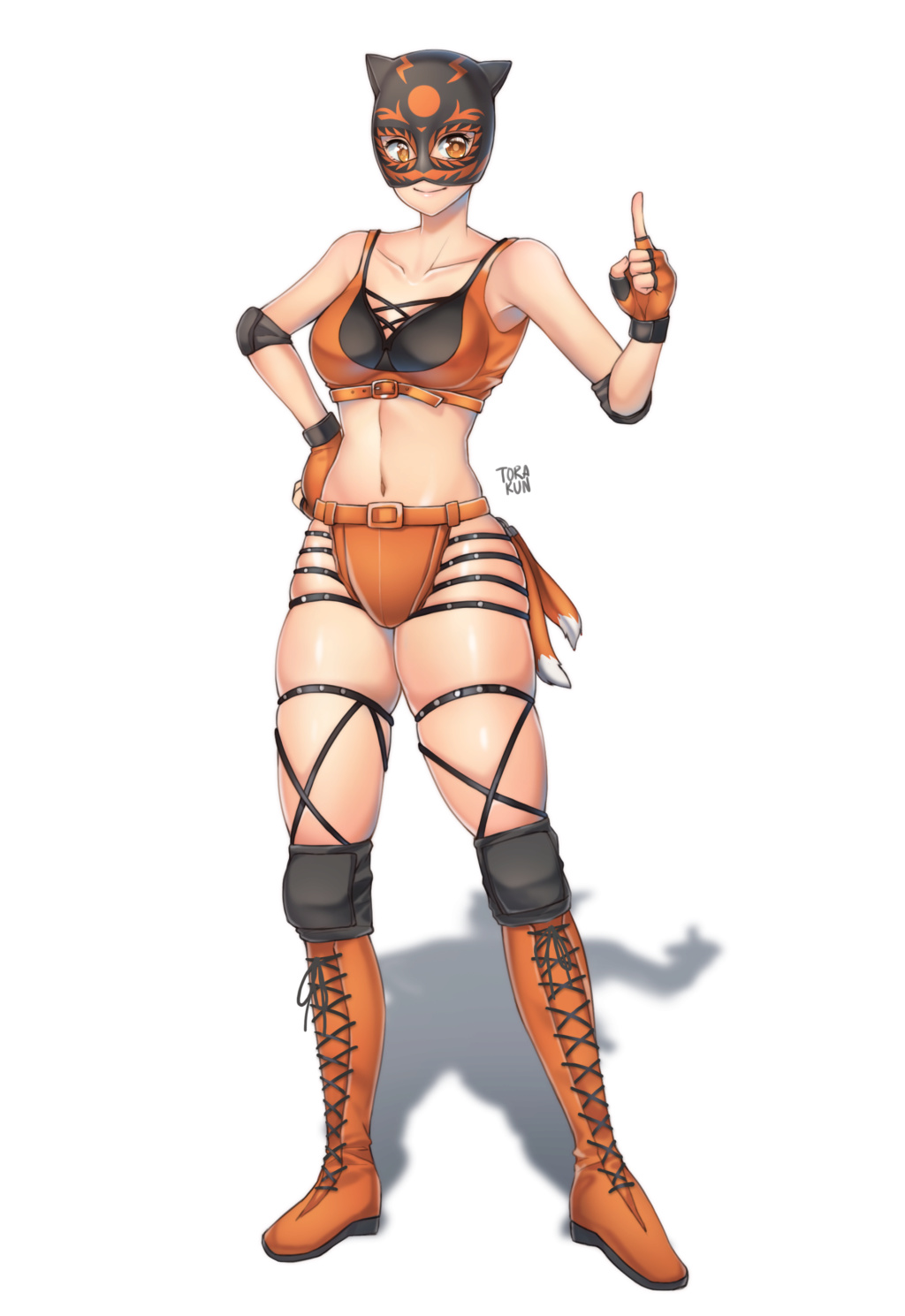