Strategy: Lin's main focus in combat is to overwhelm her opponents with her speed and ability to land strong blows and devastating submissions. She also is far from above using her body to her advantage, more than willing to use her beauty to subdue an opponent. It is however, important to be aware that while these are her favorites, she is more than skilled in all forms of combat.
Style: Striker/Submissionist
Type: Offensive

Signatures:
-Bearhug: A simple hold that Lin Tia much enjoys preforming. Over time she's grown to appreciate the fact that sometimes the most simple of moves can be the most effective. 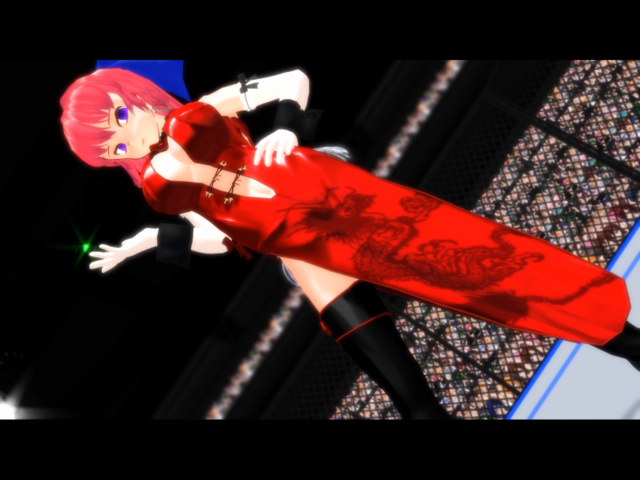 Personality: Lin Tia is a very well planning and self growing individual. Whether its her strength, speed or intellect she will put all her focus into improving herself to be a superior fighter and strategist. She often finds enjoyment in dismantling her opponents, playing it off as simple ring attitude until the mask slowly cracks in her goal of dominating. But even then, she possesses a certain level of charm that prevents many to see the complete dominating personality that she has.

History: Long ago, Lin Tia had once served as a hit sort of bounty hunter, from a young age she was taught in the art of combat and used it to take down targets that she was assigned to get rid of. However as time went by, she began to grow a distaste for the life, finding the split second victories to be a waste of her time and unfulfilling of her talents. And desired to make a place where she could better enjoy such battles.

In turn she created the UFA, a special arena where men and women battle for the entertainment of a crowd. While her name and identity as the owner remains secret, she would occasionally indulge herself in participating in the ring. Lately though, she had noticed that one of her star attractions has been coming to participate less and less, drawing her curiosity and eventually sought out her fighter. This eventually brought her to the AFW, where her fighter was currently working in. And after seeing one of her matches, felt intrigued and joined the league on the whim, seeing the fun that could be had.

Fun Facts:
- Lin Tia's beauty is only matched by her skill, the woman proudly aware of her ability to defeat a hopeless opponent on account of her shady past.
- Her qipao is specially designed for her, serving her purposes well as her common attire as well as preferred combat wear.
- She enjoys watching high level fights as much as participating in them.
- Lin Tia has three maids, all of which serve as added security and even clean up detail when she deems a fighter in her personal league is no longer worth their keepsake.