Strategy: Zach's strategy is pretty simple. He knows perfectly well that his greatest strengths are his speed and reflexes, and once the bell rings he puts the pedal to the metal, drops a brick on it and does a backflip off the car. His goal is to simply overwhelm his opponent with an array of high-flying moves, dizzying hurricanranas and a dash of showmanship to make up for his less than impressive raw strength.

Endurance: 6/10 - Zach's flexible in a stretch but can only take so much of a beating.
Strength: 4/10 - Not his strong point. On the upside, he knows it well enough to mostly stay away from situations where it's tested.
Speed: 10/10 - This is the breadwinner. Zach's a zippy lad.
Defense: 5/10 - His speed helps a good deal here, but his mindset is typically to stay on the attack.
Technique: 6/10 - Zach is a reasonable mat wrestler, though he prefers not do it against more physically imposing opponents.

Striking: 7/10 - He prefers his kicks to be the jumping, spinning variety, but in a pinch he knows how to throw one while grounded as well.
Submissions: 2/10 - If Zach is trying to tap someone out, look for the man with a gun to his head.
Powerhouse: 3/10 - He's fit and agile moreso than strong. In most matches he'll be trying to avoid this stuff rather than impose it.
Aerial: 9/10 - Zach is perfectly at home in the air, on top of the ropes, climbing up a turnbuckle or doing a backflip off a backstage fixture. This is his jam.
Countering: 6/10 - Another category where his speed helps a great deal.

Appearance: Lean, fit but not all that imposing physically, Zach's appeal as a wrestler comes firmly from his underdog status going into most bouts. He's clean-faced, with slightly boyish features and seafoam-green eyes framed by a shaggy mop of dark brown hair which he keeps cropped at around the line of his jaw. When in the ring he wears a pair of long blue-and-white trunks emblazoned along his left leg with his Speeding Bullet logo as well as lace-up boots and elbow pads. Outside of it he tends to prefer looser wear like track hoodies and jackets, and it's been a common complaint among his former partners that he always looks like he's prepping for a mountain hike. 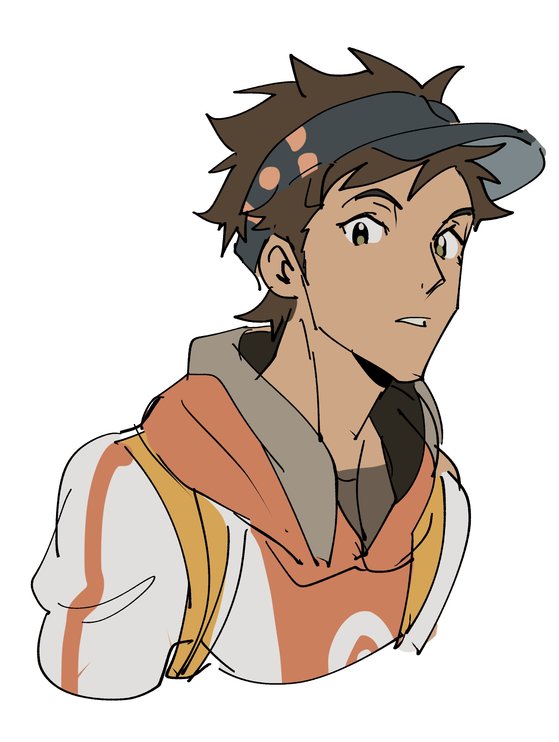 Personality: Bright, cheerful and friendly, Zach plays the face effortlessly because... well, that's who he is. For good or ill he's just kind of a nice guy, quick to make friends and just as quick to forgive a slight. It's the kind of willingness to forgive that borders on the naive, though he's fortunately outgrown that particular part of his personality. That said he's also pretty competitive, especially pressuring himself to excel at anything he puts his mind to, giving him a certain restless energy in many of his social interactions when his mind is turned elsewhere and focused on whichever hill he's determined to climb this time.

Past/History: You wouldn't think it, but Zach comes from a traditional wrestling upbringing. His dad was the famous - or infamous, really - White Bison of Belfast, a half-Irish lifetime heel who spent most of his career wrestling for various promotions out of Japan before finally settling with his wife in rural Canada. Tales of his father's exploits motivated the young Zach throughout his early life, and though he lacked his father's mean grit he made up for it with seemingly boundless energy. For a long time it seemed like he'd make a better track runner than wrestler as despite his fervent efforts he just never seemed to be able to pack on the bulk required to be the kind of grappler his father had been.

For a few pretty depressing years he almost resigned himself to that, picking up mountain climbing and long-distance running as his outlets instead. However, a run-in with a biker almost twice his size taught him a few very valuable lessons about fighting as well as the value of the gifts he did possess.

Taking this new bit of self-confidence to heart, Zach returned to his father's gym and set about revamping his entire wrestling style. For a straight year his training regime looked more like an acrobat's than a grappler's, and he came out of it with an impressive mastery of aerial maneuvers and the kind of zero-to-a-hundred acceleration to best put his endless tank of gas and fast feet to work.

He got his first wrestling gig off the back of his father's good name, travelling to a promotion in Osaka where he was asked to play up his paternal lineage and conduct himself in his father's image. Zach gave it his best shot, but to no surprise of anyone who actually knew him he was absolutely terrible at it. Instead, his break came when a guest wrestler from the AFW promotion spent a month training at Zach's promotion and got a look at him in the gym actually working towards his strengths. Word of his flashy, high-risk style made its way back to AFW headquarters, and a month later he got a letter suggesting he sign a provisional contract with the notorious promotion.

Miserable with his current job and ever curious about a new challenge, Zach couldn't grab the pen soon enough.