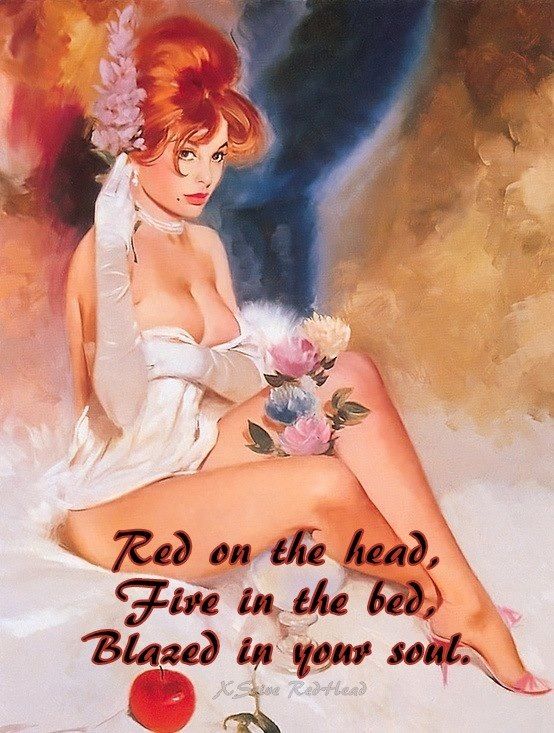 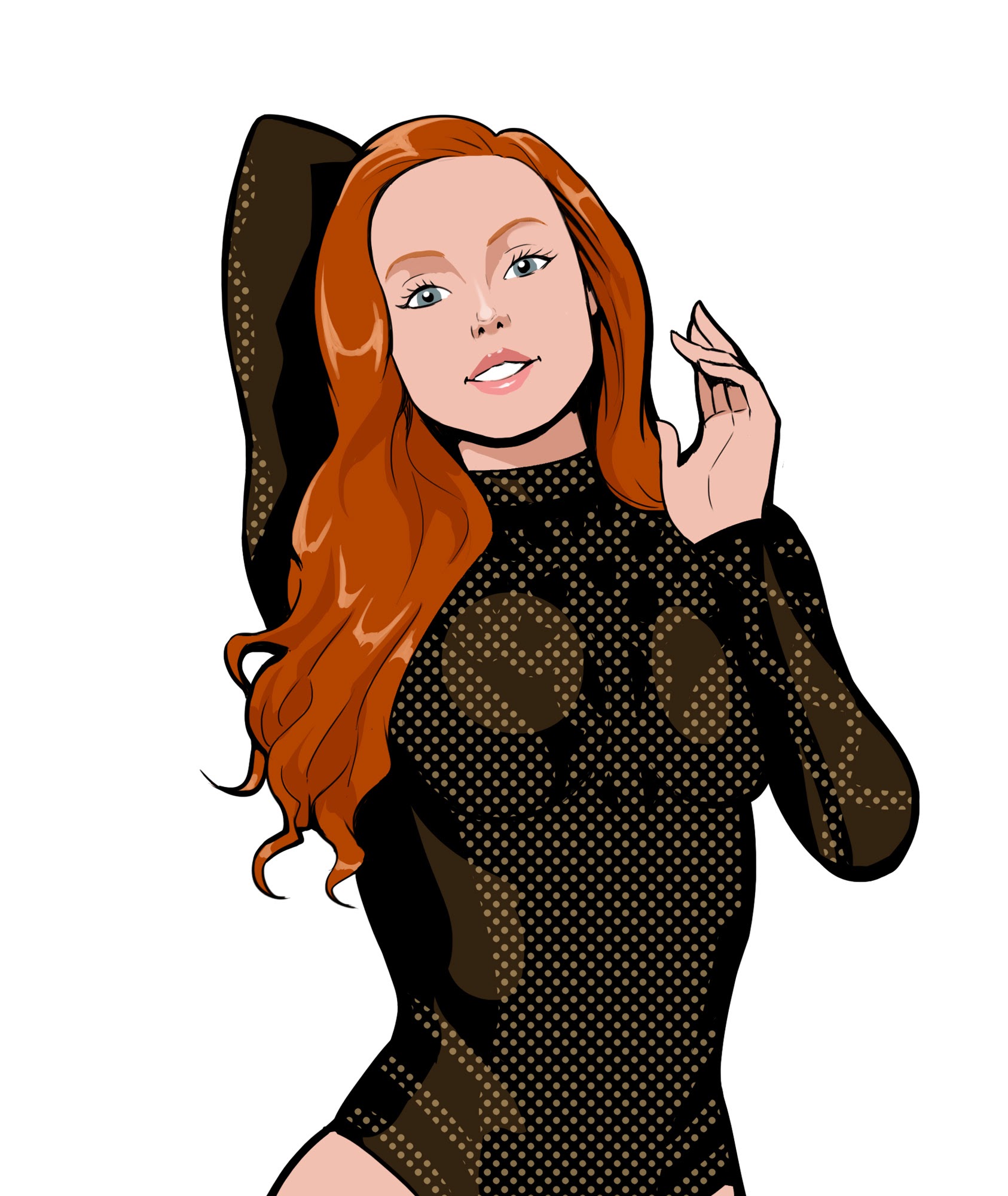 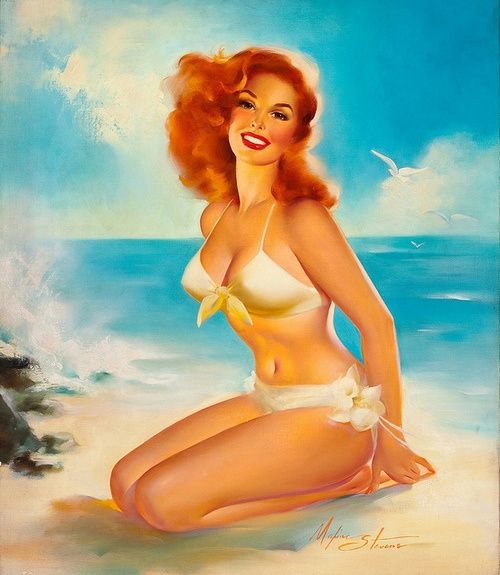 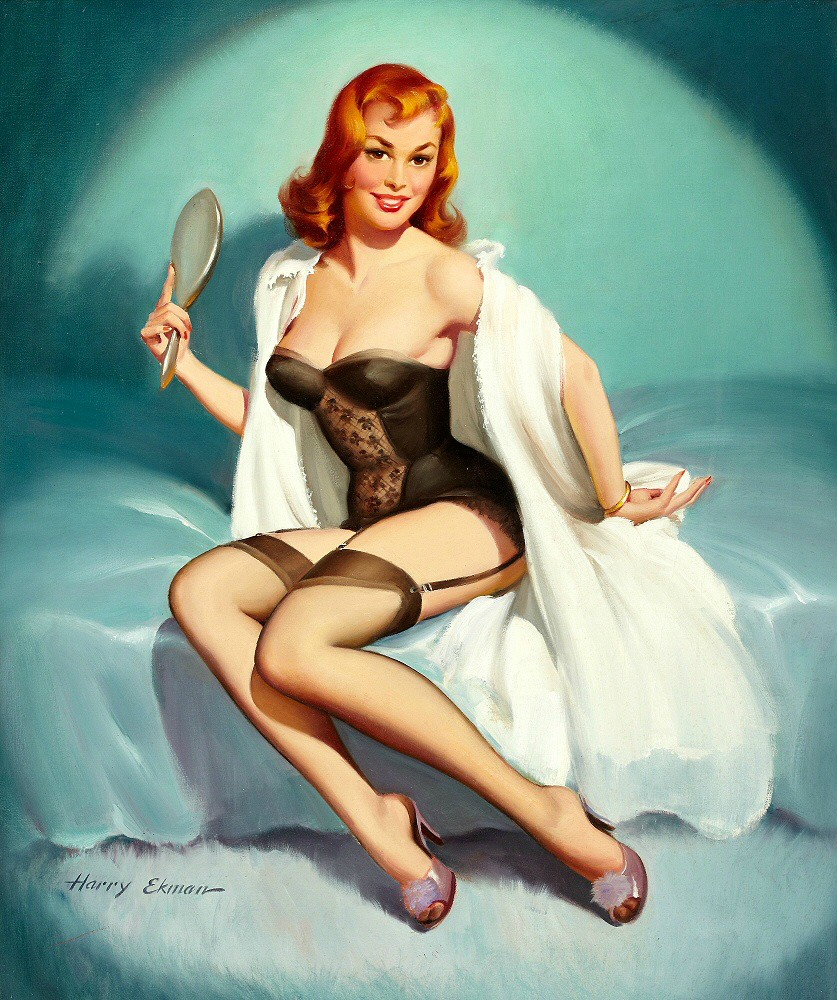 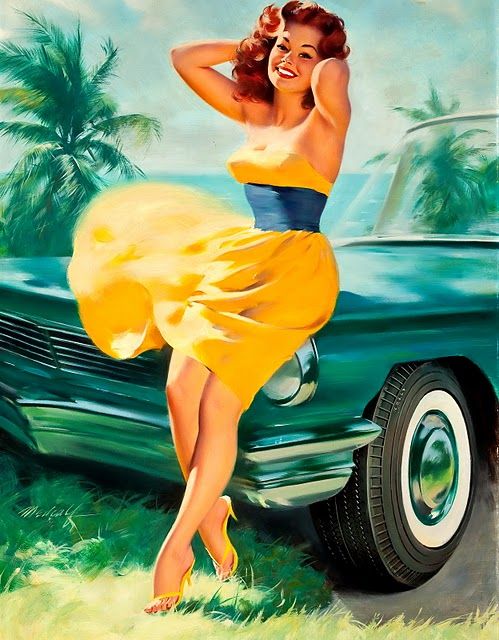 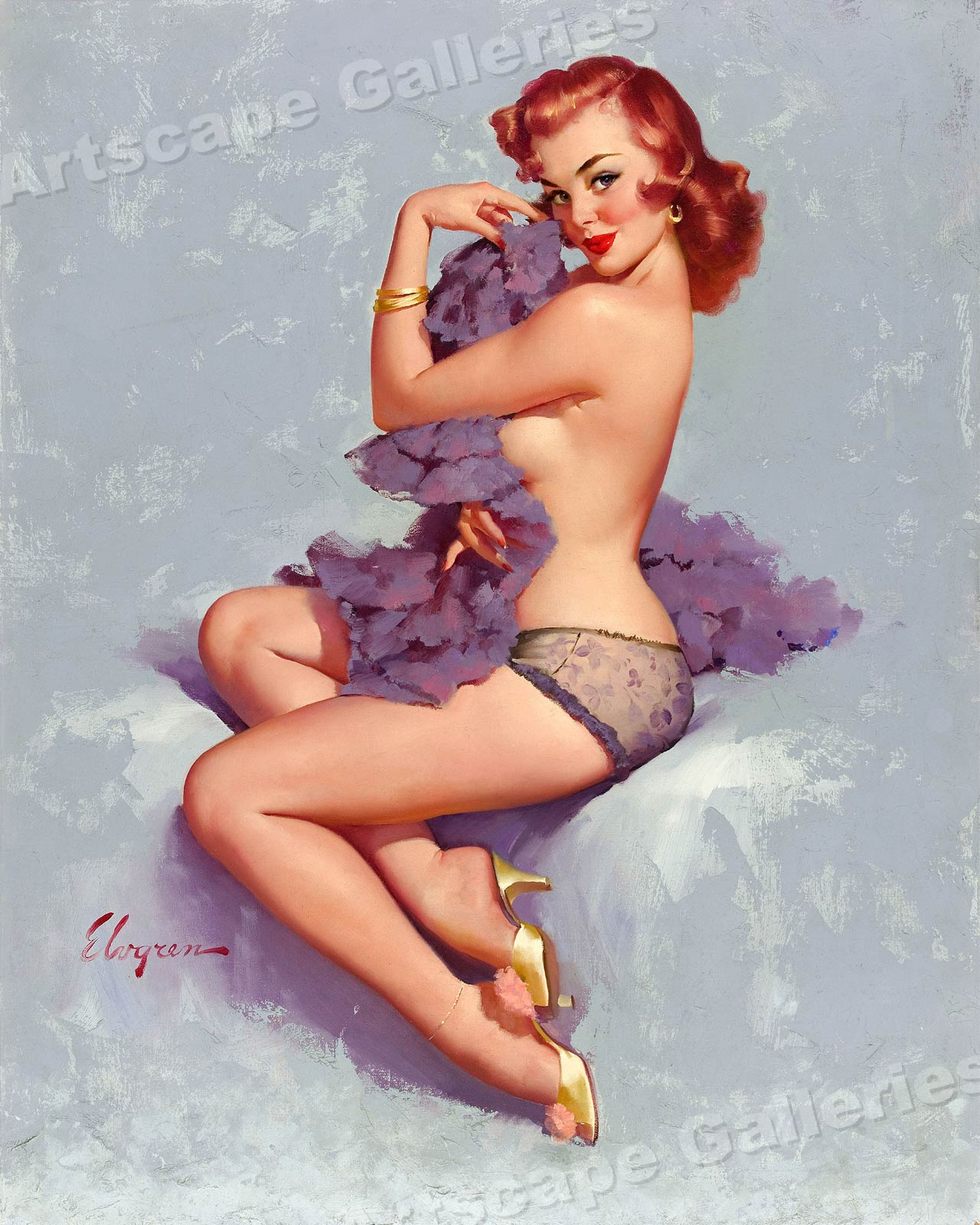 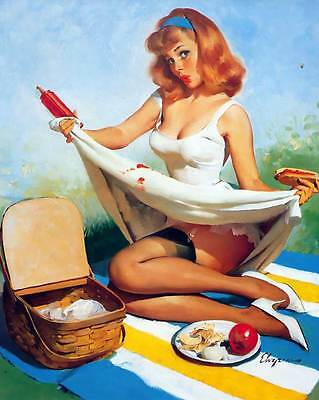 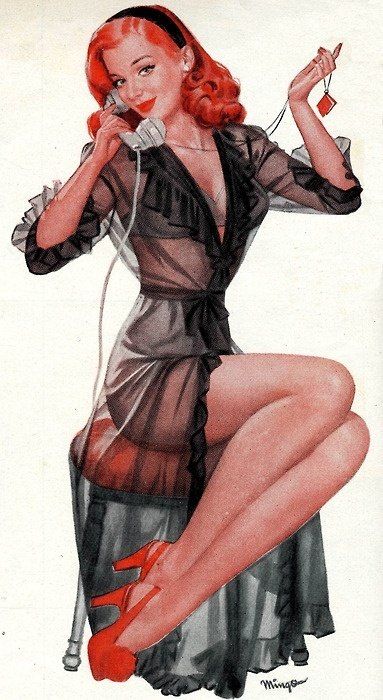 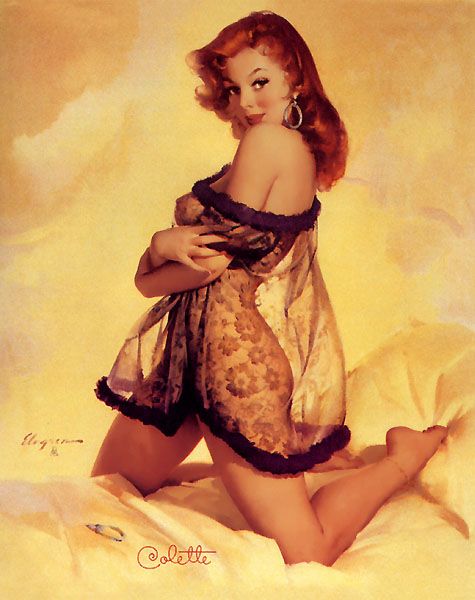 Strategy: Susan doesn’t have the ring experience yet to construct strategies and gameplans on the fly when on the defensive, but she has mastered certain techniques well enough that when applied are extremely difficult to escape. Because of this, she tries to find a way to catch her foes off guard and bring them to the mat early so she can apply one of her deadly scissor holds and begin sapping her opponent of her strength. Once she has control of her foe she holds onto it for as long as possible and at any cost. If she can’t make the opponent submit to her holds, then she will break their resistance down until they’re too exhausted to resist when she pins them. It’s a very simple, old school strategy that is dangerous when well executed at the start of the match.

Preferred Match Types: Willing to try just about anything.

Spoiler:
She's built up pretty good stamina through training and experience, but prefers to finish matches quickly when possible.

Spoiler:
It's mostly in her legs, but she's got more than enough down there.

Spoiler:
Fairly good, but not great.

Spoiler:
She's got spectacular form, especially for someone with her experience level.

Spoiler:
Those powerful legs can kick.

Spoiler:
Her scissor holds are devastating and extremely difficult to escape.

Spoiler:
Again, it's mostly in the legs, but they're usually strong enough to get the job done themselves.

Spoiler:
Not for her.

Spoiler:
Sometimes a struggle for her. She could definitely improve on these.

Jailhouse Rock: Susan traps her foe's arms with a full nelson, while simultaneously applying a body scissor from behind. 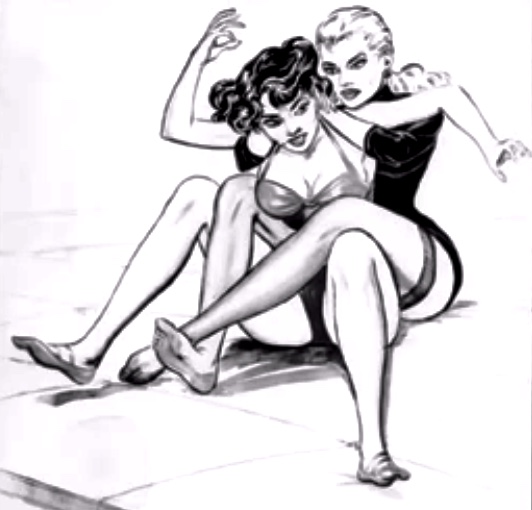 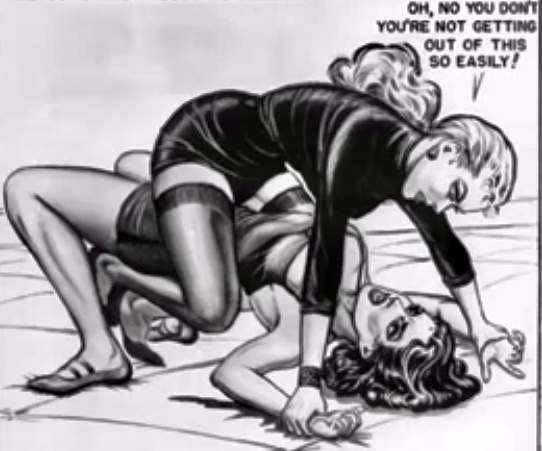 Pin-Up: Susan applies a high angle Boston Crab while sitting on her opponent’s upper back and neck, then scissors their midsection between her deadly legs. 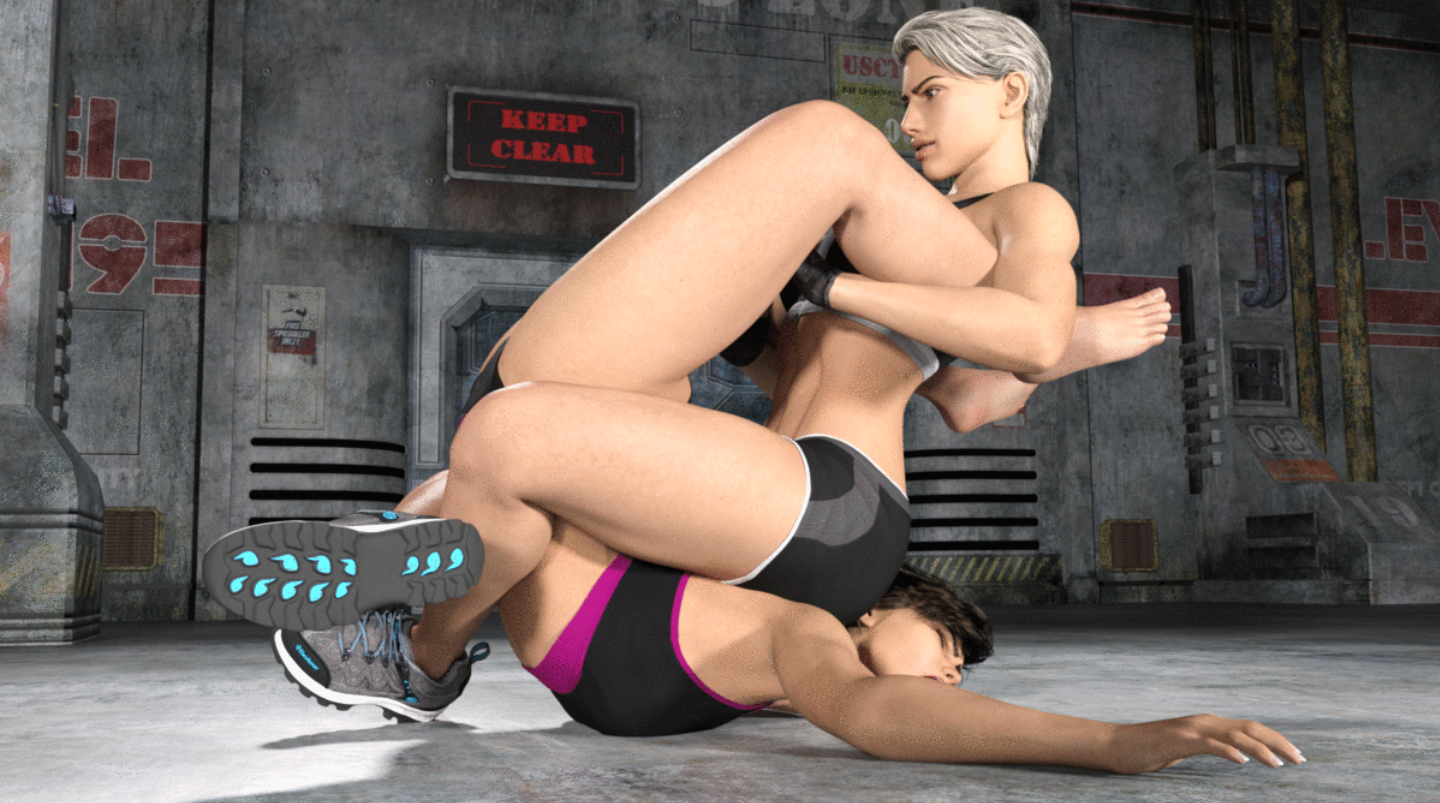 Personality: Susan is a lively and outgoing woman who can be pleasant enough in brief conversations. But she can be quite egotistical and arrogant at times, which can easily make her difficult to get along with. Despite her feminine looks she’s a tomboy at heart and isn’t afraid of a fight. Her attitude and high opinion of herself can often lead to her acting in ways wrestling fans might describe as “heelish,” but while she may take an opportunity for a sneak attack or cheap shot, she won’t do anything outside the rules of a match.

Past/History: Born and raised in the suburbs of LA, Susan was exposed to the glitz and glamour of show business from the very beginning. Her parents pushed hard to bring her into it, putting her in junior beauty pageants, and getting her auditions for small, child actor roles in TV shows, movies and commercials. The pageants were by far the most successful of the endeavors, and modeling became the primary Susan’s life. She particular took a liking to the classic pin-up style popularized in the 1950s, with women like Bettie Page and Marilyn Monroe becoming her idols.

Despite all of that, Susan was a tomboy at heart, and her pageant and modeling success gave her the ego of a true Hollywood diva. She thought much more highly of herself than those around her and wasn’t shy about voicing her arrogant opinions. This got her into a lot of fights as a kid and a teenager. But she won more fights than she lost, and somewhat surprisingly enjoyed them. Taking an interest in combat sports as a result, she quickly fell in love with pro-wrestling. It seemed to be the only platform that fused modeling and fighting while celebrating women’s talents in both. Her parents disapproved of it and refused to allow Susan to enroll in a wrestling school or even try to join the wrestling team at school. However, they compromised by letting her compete in non-contact sports. She tried several, but excelled most in swimming and gymnastics. Neither felt as fulfilling as she knew wrestling would have, but it at least served as good, athletic training.

After graduating high school she was offered a big opportunity with a modeling agency. The pay was excellent, and she worked as a retro style pin-up model. The chance to live like the modeling icons she respected was too good to pass up, and for the next few years that’s what she did, building an extensive portfolio. In between modeling work, Susan also found work in session wrestling. It wasn’t the same thing she had originally had in mind, but she learned to properly use various holds from some of her peers. And largely thanks to her athletic training in high school, developed a specific reputation for her scissor holds. For a while she was content with modeling and sessioning, until one night something changed her perception.

Susan was watching live the night Ami Takeuchi pinned Clyde Gaston in a match for the Tension World Championship. And that was it. Seeing a legitimate supermodel become a World Champion, Susan’s desire to pursue wrestling as a career on that stage was suddenly reignited, and stronger than ever before. She began devoting most of her time to working out in the gym, then signed herself up in the nearest wrestling school where she trained. She continued pin-up modeling on the side, which, combined with her overinflated ego, led to people calling Susan the “Pin-Up Princess”. It was meant to be a sarcastic and insulting thing, but when she heard about it Susan loved the nickname and adopted it with pride. Eventually her trainer, who had connections to management in AFW, secured an opportunity there for her. The Pin-Up Princess accepted without a moment of hesitation and was on the next flight to Japan, eager to take the wrestling world by storm.

- Susan’s pin up career had a lot to do with her AFW taking interest in her. When not wrestling or training she’s often modeling in photoshoots for posters, calendars, and other kinds of merch they can put her pictures on.

- She was a massive Wrestle Angels fangirl during their run. Her favorite wrestler was Bunny Bomber.

- When Susan first began her wrestling training she tried wearing standard gear, but it was difficult to find anything that met her fasion tastes, so she instead wore outfits she used when modeling to help promote the things she'd worn them for. She's since found a proper primary wrestling attire, but still likes to wrestle in some of her modeling outfits from time to time.