» Canon characters and pics checker
by acuya Today at 1:25 pm 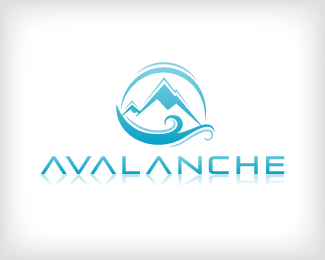 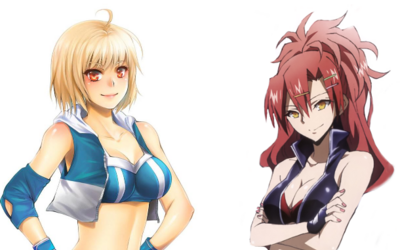 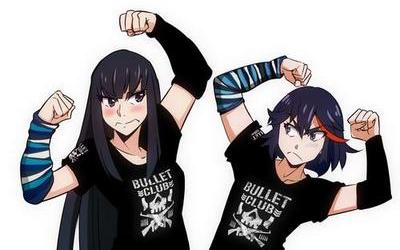 The fresh licks from a strumming guitar solo set the stage for the tag-team championship match between the greatest tag-team in the history of this business...and Blazing Blizzard. At least this was the tagline that the Jackson sisters took into this match at every press junket they were contracted to attend. The palpable hype surrounding this match being emboldened by their brash declarations and the recent shock-waves garnered from World Champion Adrian Kytes officially donning the namebrand black and white attire herself. The bullet sisters bold proclamations having some substance to them considering their history of being the top drawing talent in their other wrestling federations, to which they insisted that AFW would no different with full intentions of planting the Bullet Club flag squarely atop the tag-team roster. The audience seeing fit to blow the roof off of the joint as the self-proclaimed rock-stars of the wrestling world came strutting out to their specialized tag-team entrance theme. and the accompanying storm of pyrotechnics. 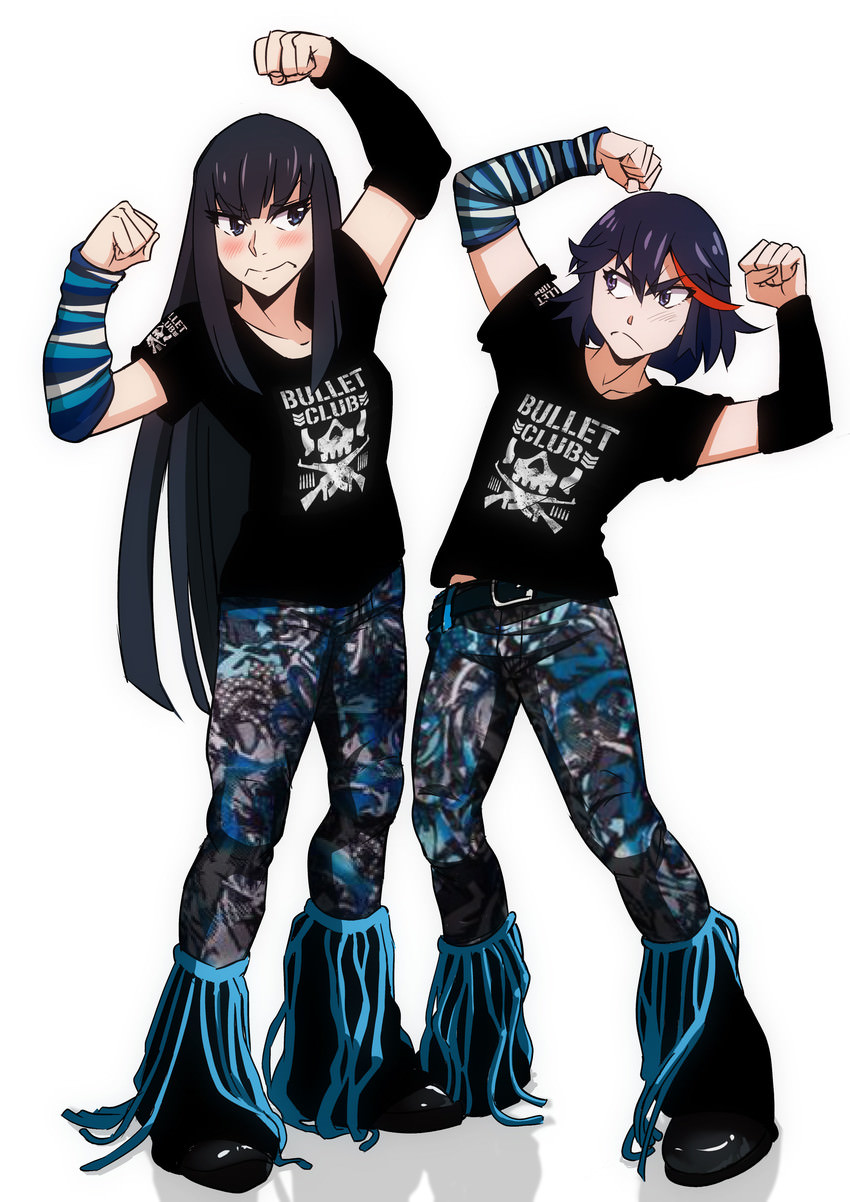 The distinguished sisters exuding supreme confidence as they stood atop the entrance ramp adorned in their Bullet Club tees, armbands, splatter painted pants, wrestling boots with blue tassels, and rine-stoned daredevil jacket that had their names cursively spelled out on their back. The cheering audience tearing the roof off of the stadium now that they knew this the next match was on the card, both Jackson sisters striking their flexing poses to signal the firing off of several cannons shooting off into the air thousands of fluttering fake dollar bills brandishing the mugging faces of the Jackson sisters. All whirling all about the arena and making the rather obvious message that the Bullet Club were the definition of money, in terms of their in-ring capabilities and gross sales figures. The pair literally making it rain big bucks wherever they tread with their over-sized boots which now took them down the elongated entrance ramp, jaw-jacking into nearby camera-lenses with smarmy grins in between chewing their bubble gum. Proclaiming how they were the best and intend to end this boring blizzard as they rolled under the ring ropes and gave each-other the "Too Sweet" finger gesture before taking off their coats in their corner turnbuckle.
_________________ 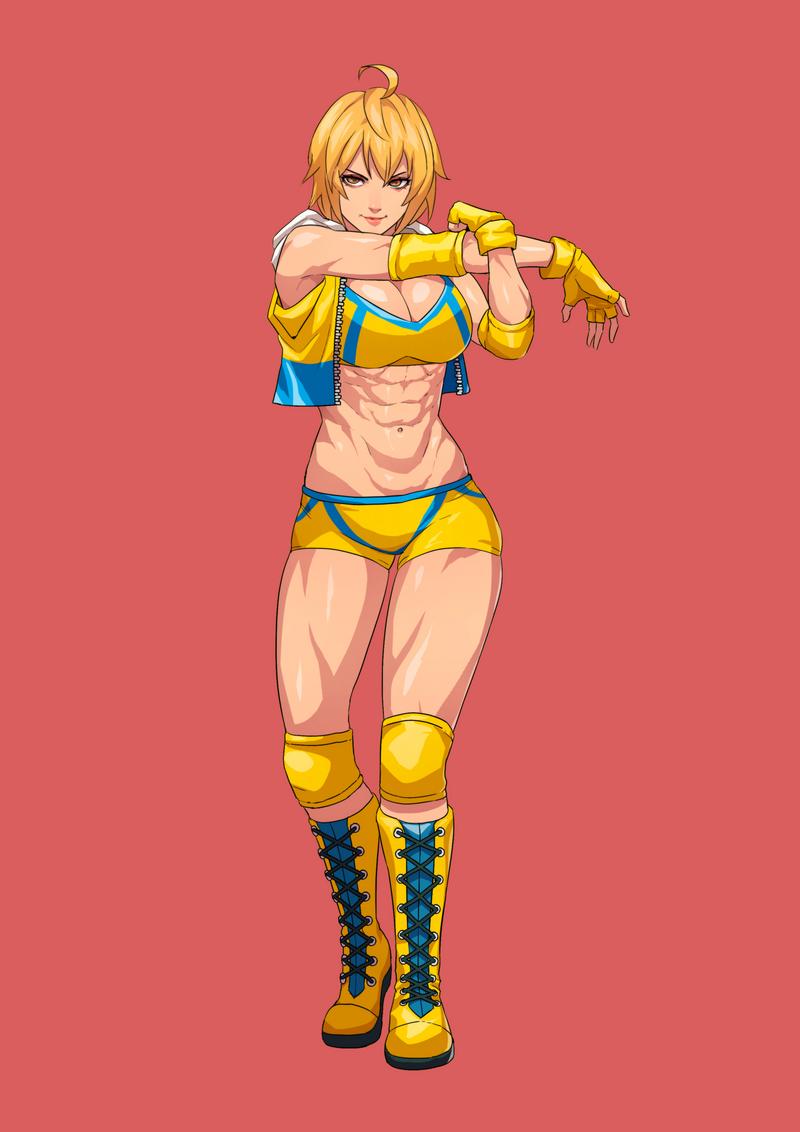 The blond couldn't say she didn't feel a bit weird about this match, mostly because Adrian...and person she'd respected and fallen in with the ilk of the Bullet Club. Well all that mattered tonight though was to prove that her and Chelsea were more than capable of beating down any challengers that came their way.

It was pretty simple in that sense, all that her and her tag partner needed to do was defeat the Bullet Club and then if Alaina could manage to beat Adrian later this evening then perhaps this farce would be over rather swiftly. Belinda did a final check as she stood in the Gorilla Position with her tag partner, waiting for their music to start. Checking on her laces, making sure her gloves were firm and well placed on her hand....and of course, that tag belt wrapped firmly around her waist, unfortunately covering up her impressive abs.

One final little stretch of her muscles, before she'd pat Chelsea on her back. " Time to show them why we're the greatest tag team around." Belinda spoke out as she would then hear the cue of their music playing. With it Belinda would step out onto the ramp and start to head down, waving to the crowd as she walked down the ramp with her tag partner.

Once she reached the ring the blond would jump up onto the apron before using the ropes to springboard up and over to leap into the ring. Landing in what could best be described as a super hero landing pose before she'd rise up, pull her tag title off of her waist and raise it up high. Looking over at her tag partner once more to nod her head.
_________________

Belinda clearly felt some unease about this so called Bullet Club stemming from someone she knew falling in with them, though Chelsea had to admit that she didn’t harbor the same feelings. To her they were just another team in the many they had beaten to get here and be beaten on there way to the top. And that left her with a clear head as she stood up at the back a year since her title reign started and she hoped it would be the first of many. Feeling her friend tag her Chelsea put put the belt around her waist.

“Good thing Avalanche seems to be our lucky day!” Chelsea said following Belinda as there music blared. The redhead marching down and out with her partner as the two of them first pandered for the fans a big crowd that was loving the sight of them. Chelsea shook a few hands coming down and then moved on to the ring where she looked at the two ladies in front of them. “Try not to bore us okay? Our last opponents had more flare then you.”
_________________
Chelsea Loski
Kyoko Akan
Amy Evans
Sheena Akan
Julia Night

Cocksure arrogance that had them strutting around like they owned the joint. These were the characteristics best exemplified by the Jackson Sisters even when they were due to throw down with the tag-team champions of the federation. Whatever signs of unease and anxiousness were summarily not on display as they disrobed their rhinestone jackets and flung them into the face of the ringside official at the same time, than limbering up by hopping on their toes and stretching their arms to the side out while they waited for the Boring Blizzard to make their way into the ring.

"...Try not to bore us, okay? I'm friends with Belinda Northmanblahblahblahblahblah...MAN you guys are so frickin lame." Nikki nasally imitated Chelsea with a an intentionally annoying and high-pitched inflection, her hands on her hips throughout her schoolyard mockery with Mackenzie propping her arm atop her younger sister's shoulder. "Sheesh, you girls get one taste of championship gold and all of a sudden you think you're God's gift to wrestling. We've been tag-champs in federations around the WORLD...s'not really looking too good for your chances here, ladies." Mackenzie tapped her sister on the shoulder to have her go hang back in their corner, the elder sister kicking off tonight's festivities.
_________________

Belinda would roll her eyes at the antics of the Bullet Club, she wasn't impressed by them so far but their attitude was without a doubt enough to annoy the blond. Though she would listen on just the same to what they had to say and with that done, Belinda would tap Chelsea on her shoulder.

The blond wanted to go first this time as she would look to step up to the center of the ring and meet the long haired sister; Mackenzie. Stepping up to the challenger, as the referee would give them the run down of the rules and so on, raising the titles up and showing just what was on the line in this PPV match.

Nikita did as they agreed upon earlier and settled in their corner as Mack was playing point-girl this time around. Their polished expertise as a talented tag-team perhaps only superseded by their innate knack for being an obnoxious duo who specializes in getting under the skin of their opponent's. Mackenzie brandishing a smug, shit-eating grin as she approached the middle of the ground to come face to Belinda, rotating her neck to get all the cricks out throughout their entire spiel from the referee before handing the tag-belts off to another ring-side official.

"Let's." Mack uttered, chewing her bubble gum with cracking pops as she backpedaled to start the typical circling around the ring with Belinda. Pacing herself with a jaunty spring to her steps, intent to lock apparently lock-horns with the younger Northman as she raised her arms and wiggled her fingers...but would instead thrust Belinda back a few steps with a smacking, thuggish shove against her chest as if they we're jaw-jacking on the street. A blatant sign of disrespect and clear sign that there was no love lost between the two tag-teams.
_________________

Belinda would narrow her eyes as Mackenzie and her were facing off against one another now, it was time to see what the Bullet Club could actually do besides being annoying! Walking up they faced off before they backed off enough to start to circle around one another.

The blond kept her eyes on the long haired woman as she continued to circle her, suddenly as she moved forward to lock horns with Mackenzie, the long haired woman shoved at the blond's chest, the blond grunted out as she was forced to stumble back a step. Clicking her tongue in frustration she'd return the blatant sign of disrespect with one of her own and she would go in for a similar thuggish shove to Mackenzie's own chest!
_________________

Those who were expecting a technical master class between two tag-teams who showed mutual respect for one another may have paid to see the wrong pay-per-view. Especially not one that the Bullet Club were involved in, as Mackenzie's supposed opening lock-up was just a fake-out before the Bullet sister would just straight up shove Belinda backward like they were going at it on the street rather than in the middle of a wrestling ring in front of millions.

"Yeah that's right, and what?! Whatcha gonna do about that Northbitc-!!!" Mackenzie's thuggish, spiteful jaw-jacking was cutoff by Belinda shoving her back a few steps back as well. The audience playing the role of surrounding gawkers enticing the fight onward with vocalized "Ohhhhh's". Mackenzie cocking her head to the side and averting her nonplussed gaze elsewhere...before suddenly abandoning her slouching stance and dashing up to Belinda with one hand grabbing the back of her head as the Bullet sister attempted several forearm shots to Belinda's face with her other arm.
_________________

Shoving right back at Mackenzie as she got into her little trash talking speech, she watched as Mackenize took a few steps of a stumble and then the audience reaction had the long haired woman cock her head to her side. Belinda a hunch of what was coming...she narrowed her eyes...

She wasn't too surprised when Mackenzie charged right at her and tore into her with a barrage of forearm shots to her head, causing her head to be rocked as the back of it was held by the long haired Bullet Club member. Grunting as each forearm strike struck her skull...

However, after a good handful of blows, Belinda would try and raise her arm and block the very next strike from Mackenzie. Glaring at the woman, she'd try and shove that arm away and then grab at the back of Mackenzie's head and start to fire off with her own barrage of forearm strikes aimed right at the head of Mackenzie!
_________________