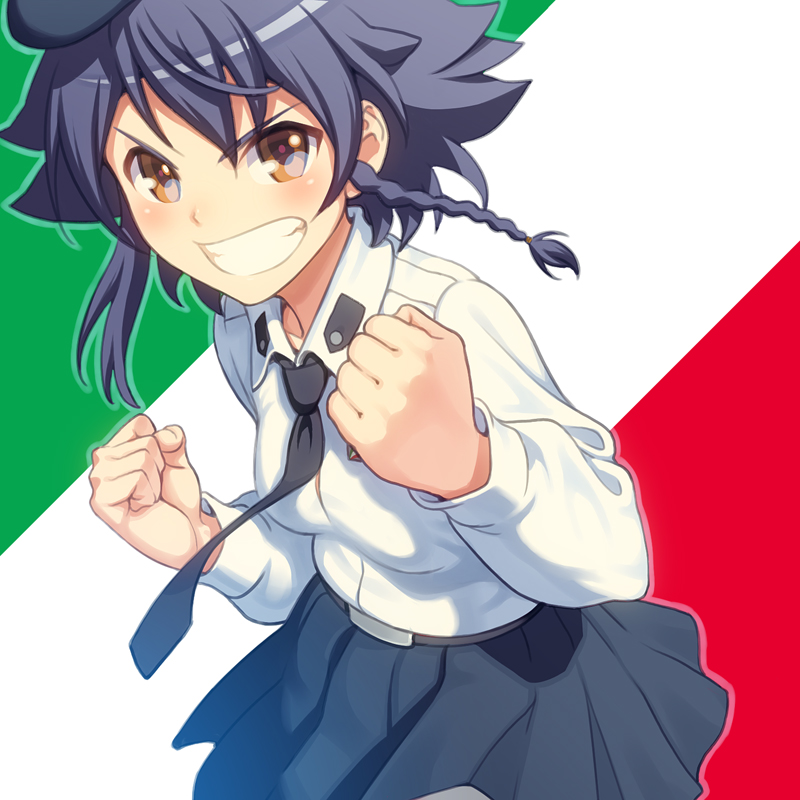 Signature Blow:
Piccolo Orso - Stepping back from a straight that leaves her opponent wide open, Adele ducks low into their reach and comes up with an uppercut cross-counter that leaves them dazed. While she doesn't get off scot-free from this, her opponent is put in a much worse position than she is.

Finishing Blow:
Montessori Vicit - Adele ducks low in her stance, attempting to draw her opponent’s fire below the waist and leave their high guard open. If they bite, she steps forward and throws a high overhand straight into their face.

Details:
Experienced and tougher than she looks, training regularly enough to go the distance and not much further. Capable of taking almost every kind of hit, but not quite as good on the recovery.

Details:
Deceptively strong for her looks, able to reliably rack up KOs with a well-placed blow. Her trained physique can handle most girls her weight class and a couple steps above, but nothing too wild.

Details:
Light on her feet and very quick when closing the distance. She has no trouble keeping out of reach and hitting strikes on the run.

Details:
Though her style is more centered around dodging than blocking, she’s been hammered enough to know how to put a good guard.

Details:
Good variety with her strikes and flawless footwork, mixing in some military experience with her repertoire. A solid foundation that a professional career can only help.

Details:
Packs a punch into her unassuming frame, hitting at the top of the middleweight caliber. Though compared to the typical AFW athlete, she’s only just above the mark.

Details:
Dancing is a big tradition Adele’s family and she’s translated that footwork well into the ring. She’s quick on her feet and can be fairly subtle in her approach, delivering maximum force with minimal movement.

Details:
Experienced with standard strikes, but hits that pack a punch can leave her winded pretty easily and it isn’t all that hard to bounce her around with combos of them.

Details:
Quick to act on openings and makes sure to be in a position to capitalize on them more often than not.

______________________________________
Characteristics
______________________________________
Personality: Adele is an impressionable girl that wears her heart on her sleeve.  She’s friendly, considerate, outgoing, helpful - or at least tries to be - and generally positive in her day to day. While her responsibilities back home weigh on her a bit, she doesn't let them keep her from living her life and seizing every opportunity she can. Wanting for little, her ambitions aren’t all that great and her humble upbringing has done a lot to sculpt her optimistic outlook on most things. She wears her independence proudly and doesn't seem to mind the moments when she finds herself alone, openly pursuing every minor diversion that catches her eye. A bit of a tomboy, she's fairly brusque and energetic when excited. She doesn't often care what others think of her, but can snap fairly quickly with regards to her family or relatives.

In the ring, that fair and friendly attitude sometimes takes a backseat. She’s a respectful competitor that gives it her all to win. While lacking in the professional department, she’s eager to take on new challenges and can always appreciate a tough match. When she’s made to dwell on the reasons she’s here, however, she has a tendency to get over competitive and blow things out of proportion, openly admonishing herself for trivial mistakes. Likewise, she's quick to call out suspected cheaters and stand her ground against poor sportsmanship.

Her hopes to make the most of her life in Japan is often anchored by her want to support the ones she loves back home. Its forged a strong sense of duty inside of her while also keeping a more frivolous lifestyle constantly out of her reach. When push comes to shove, she’s a reliable friend that won’t let herself be beat down by the small things. 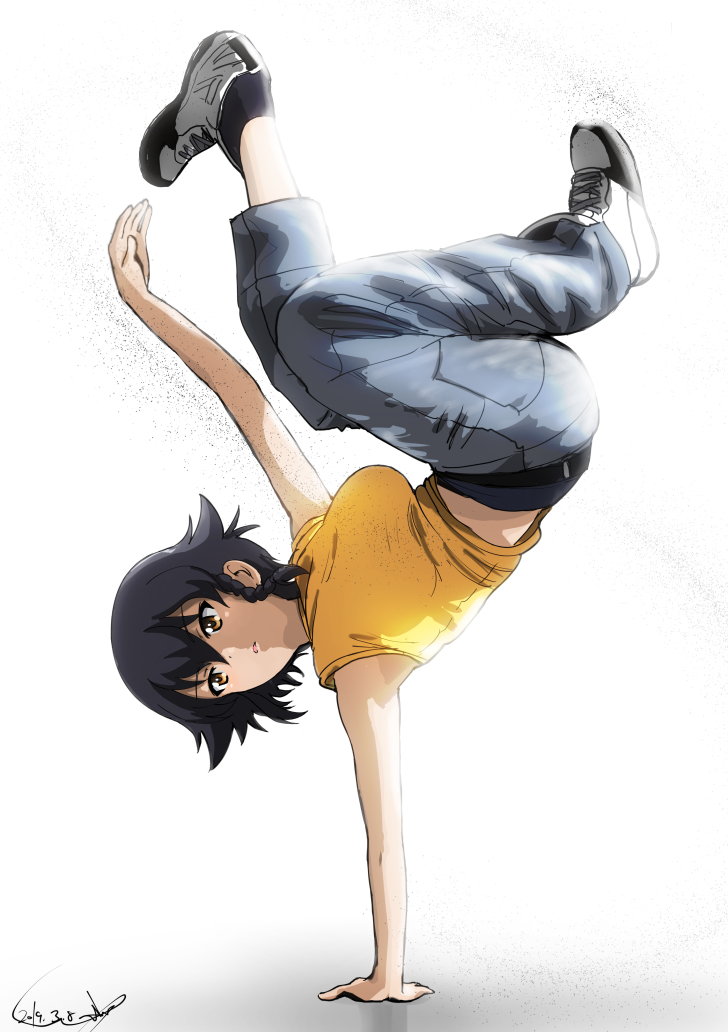 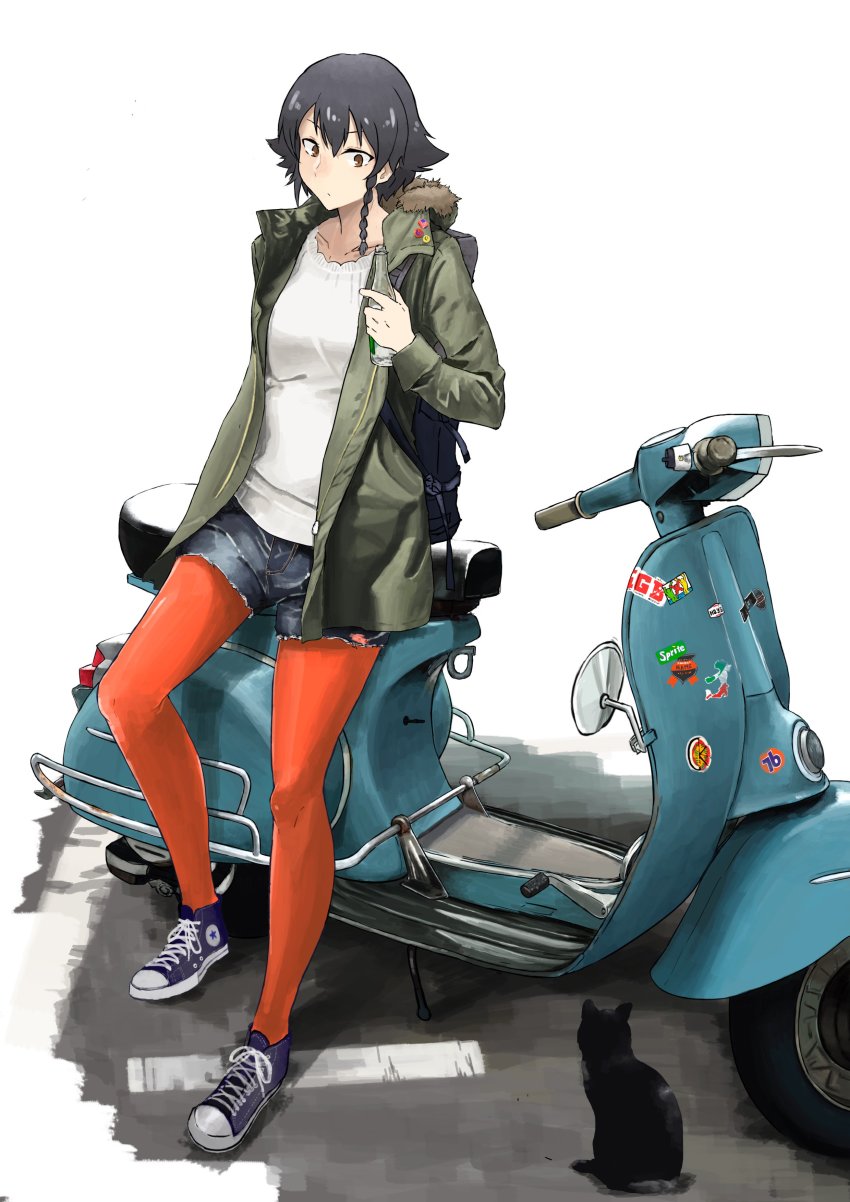 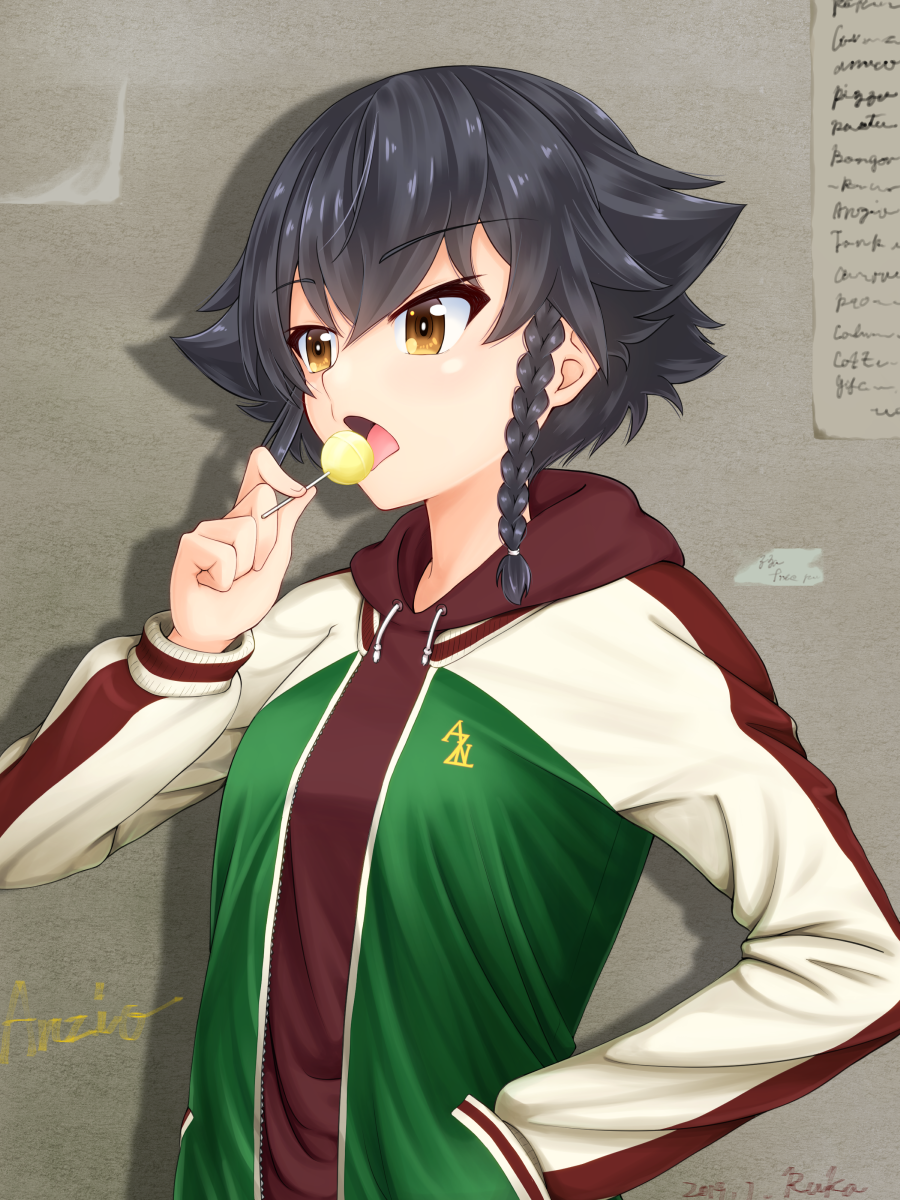 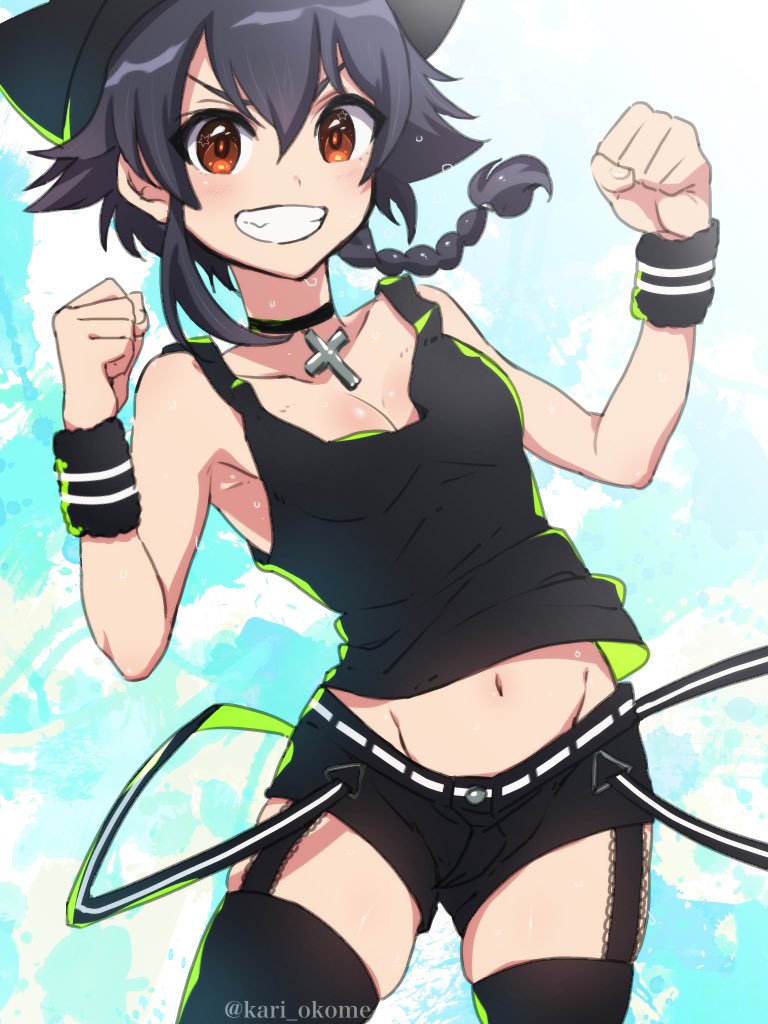 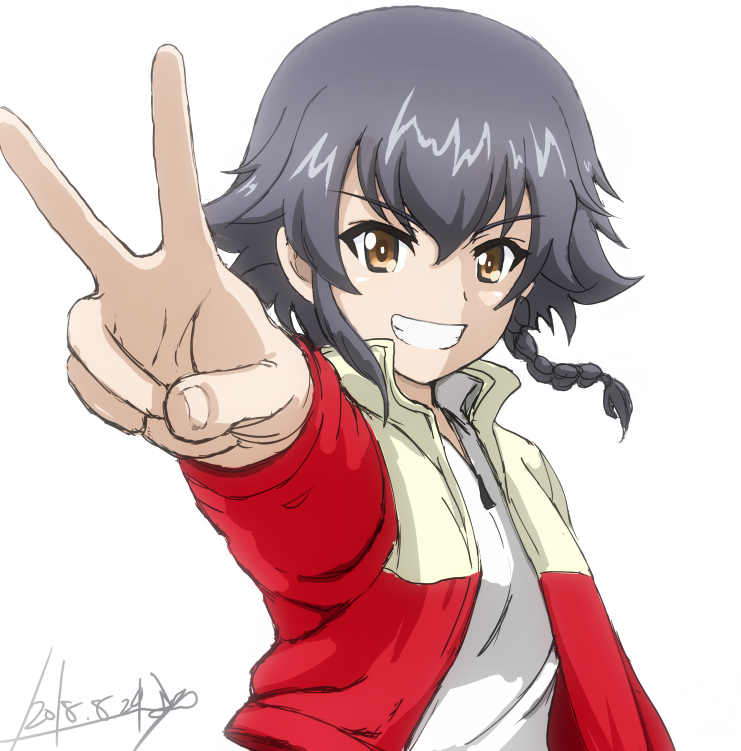 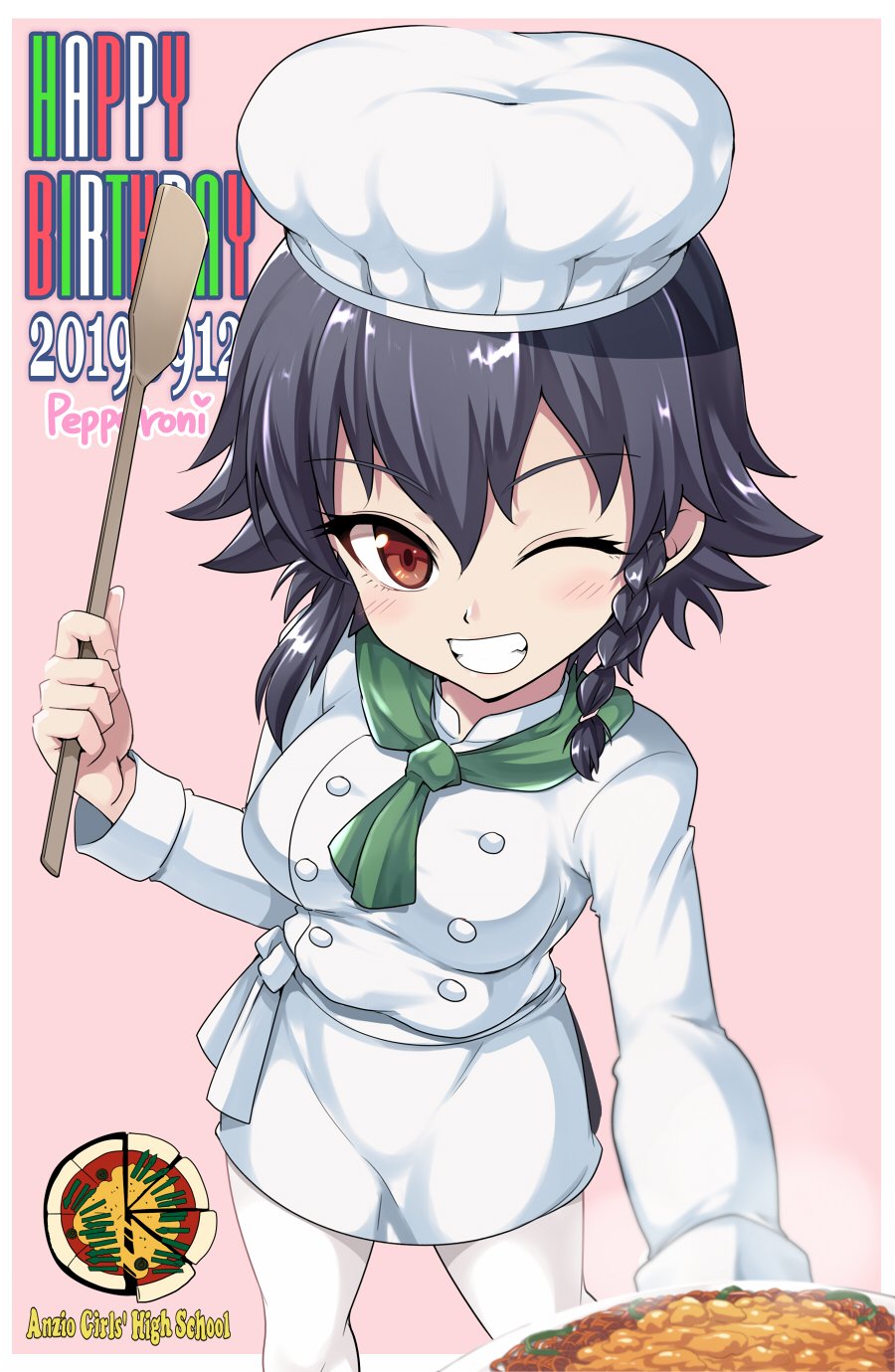 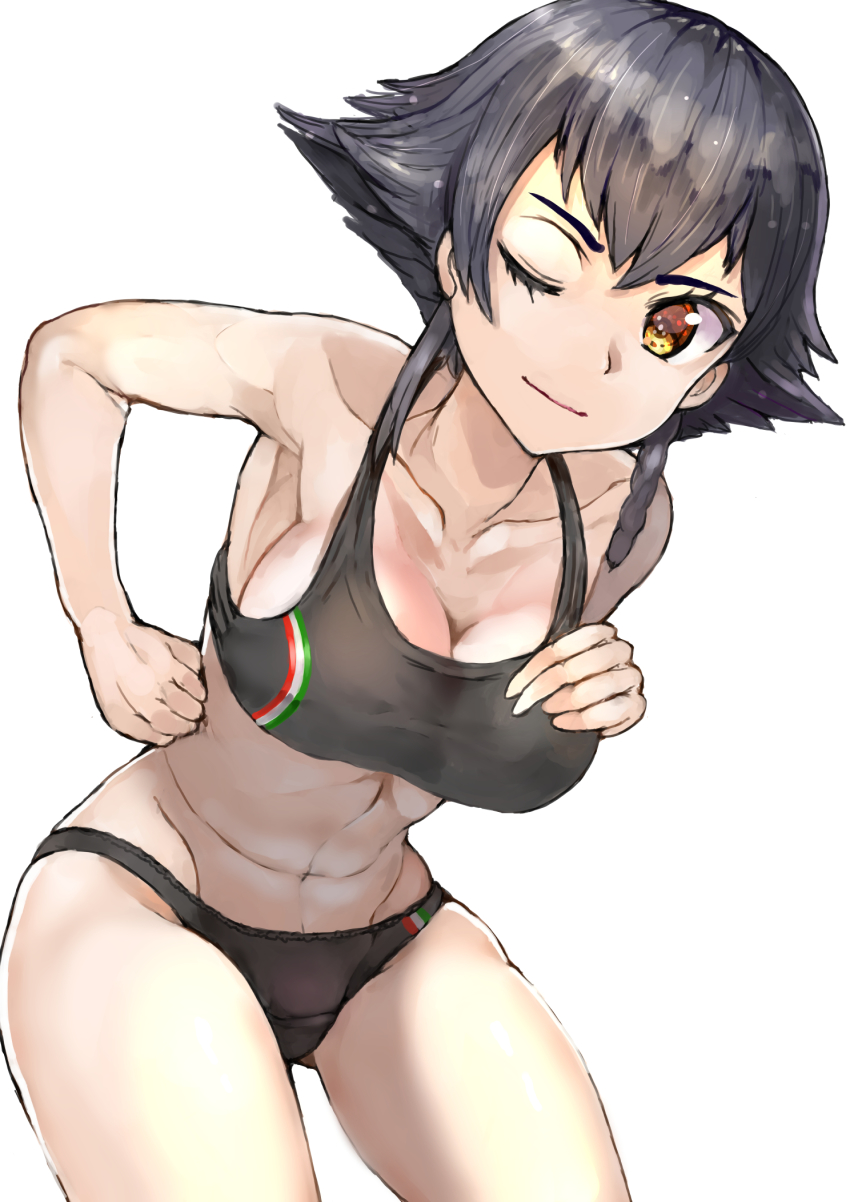 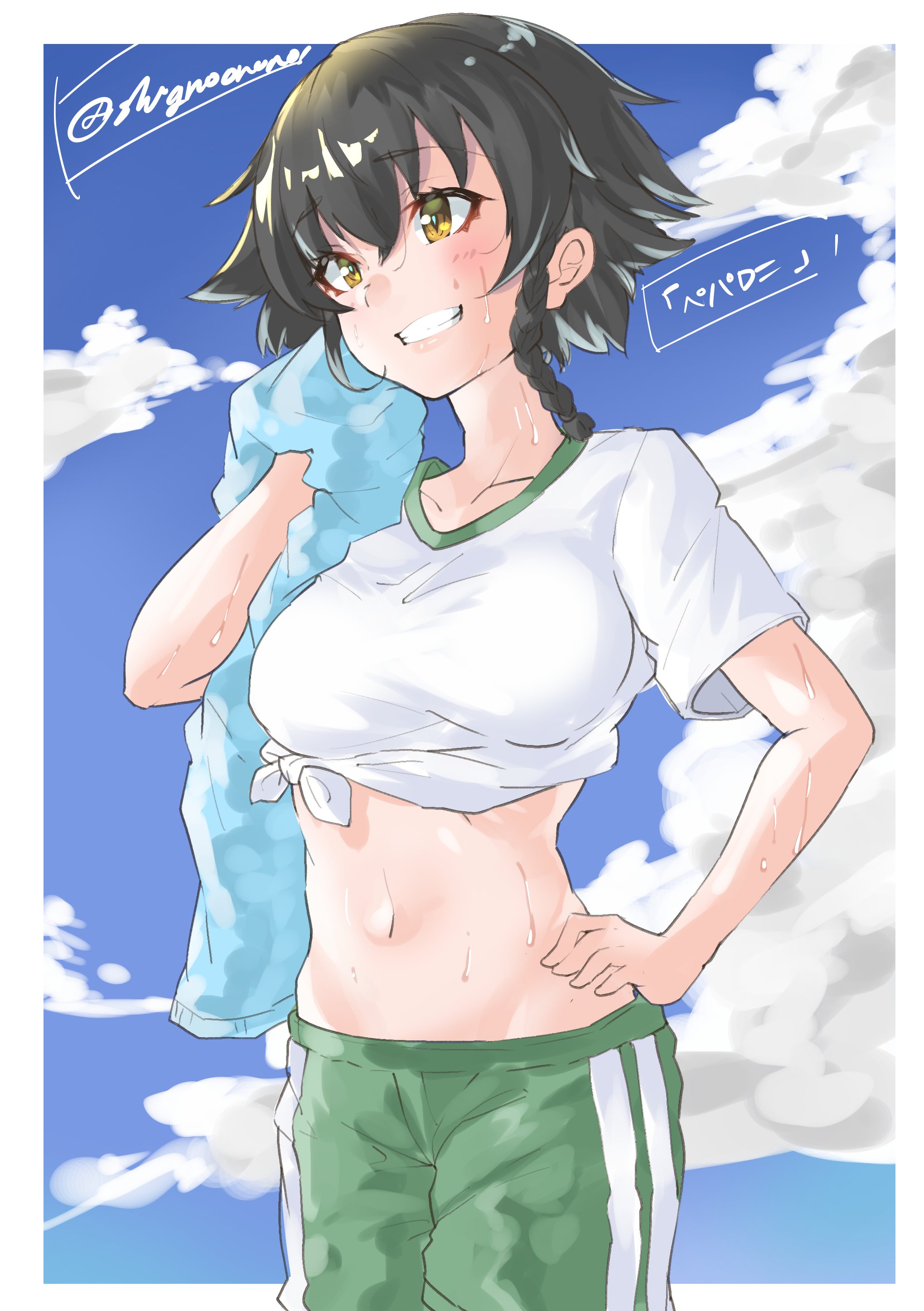 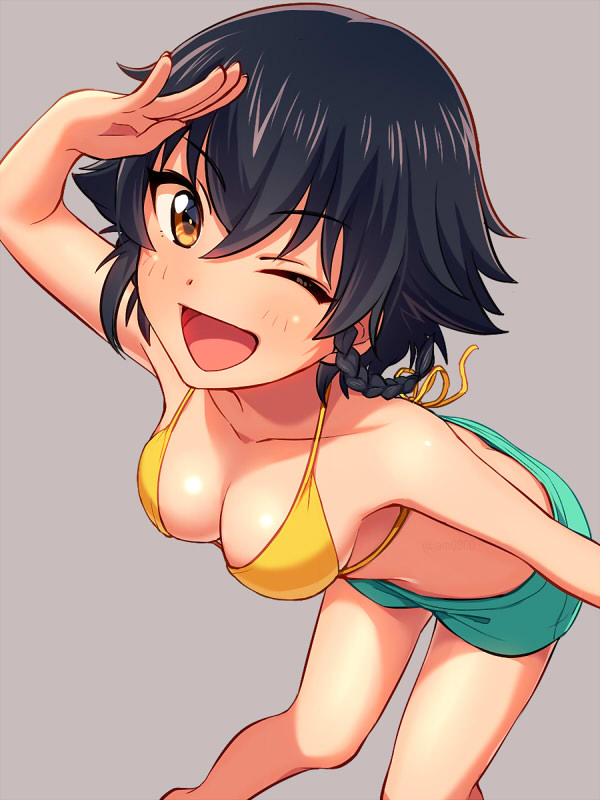 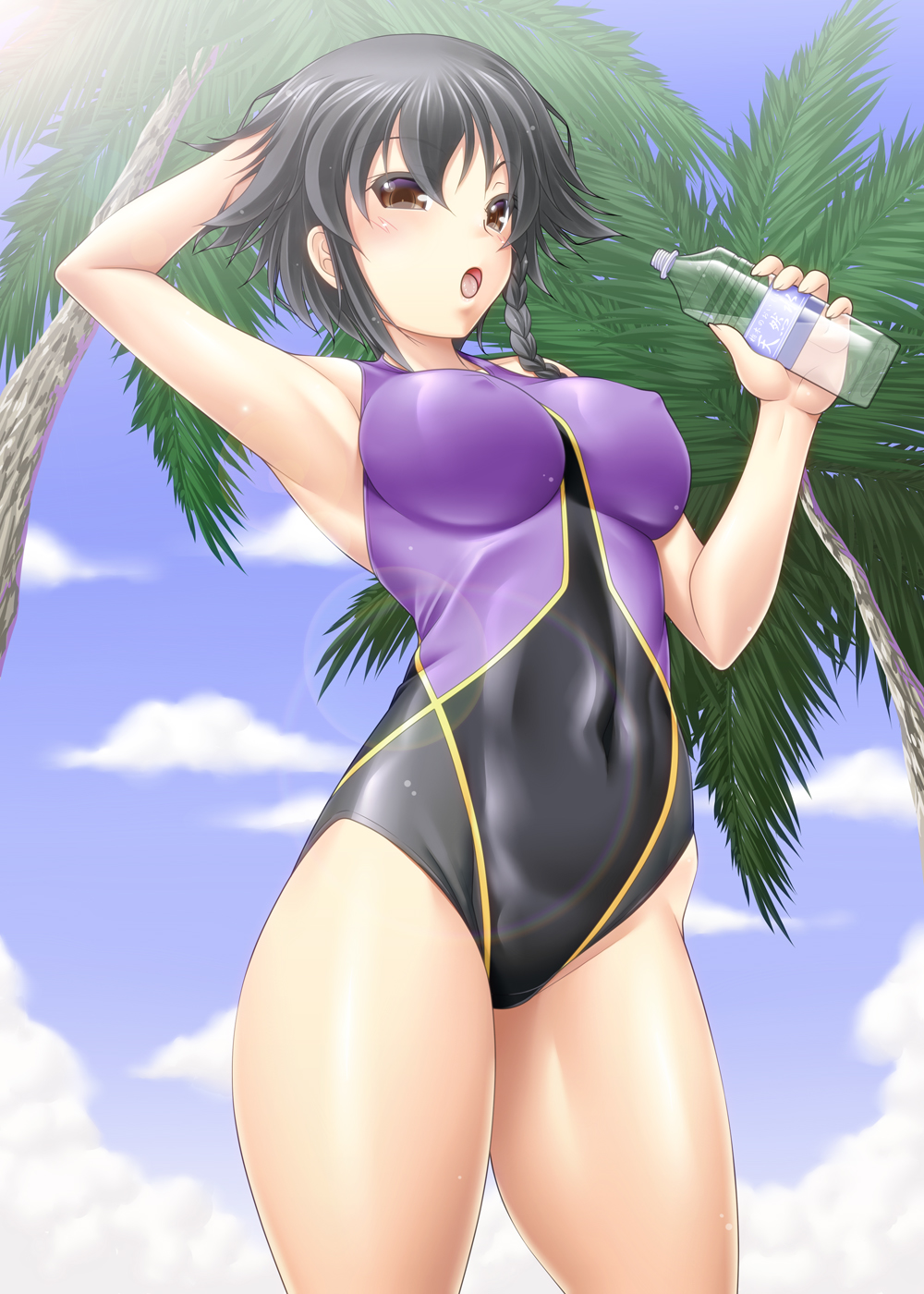 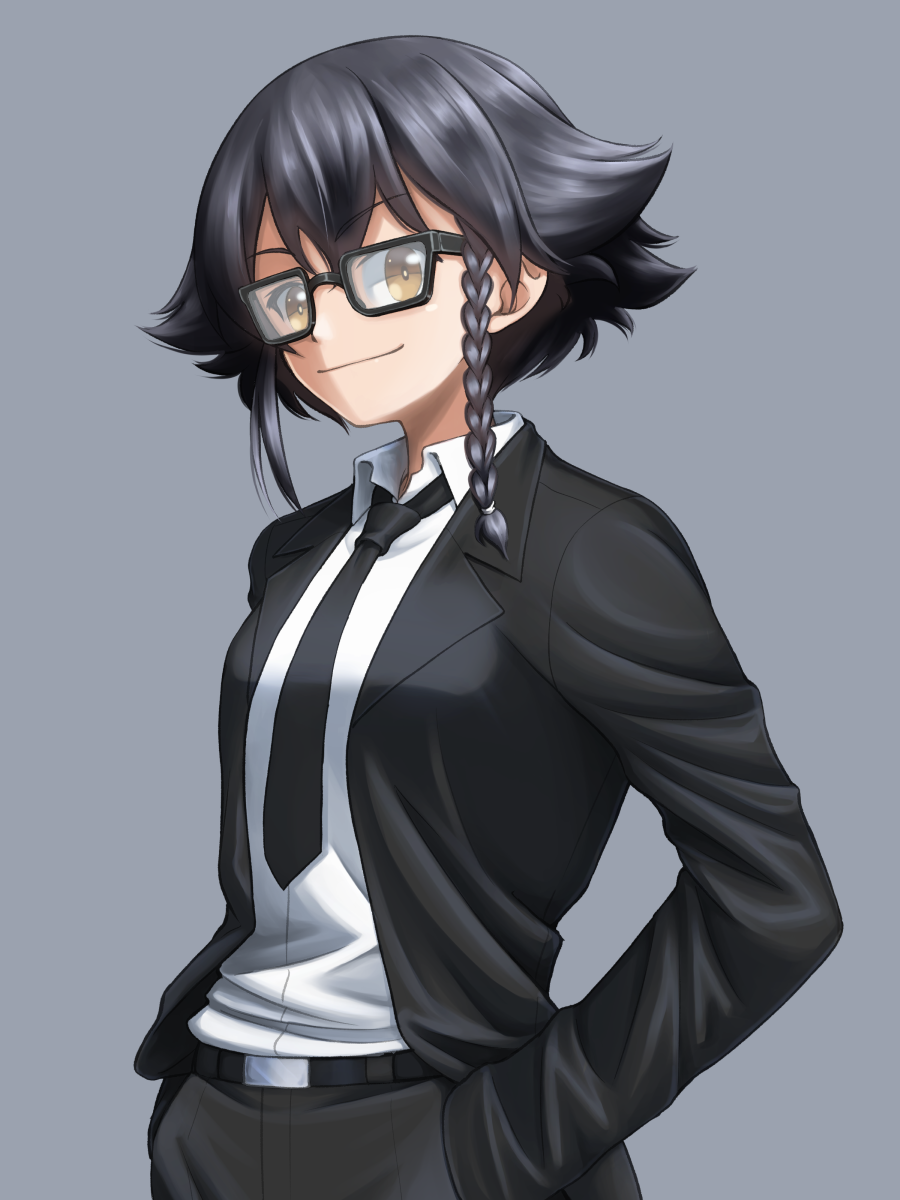 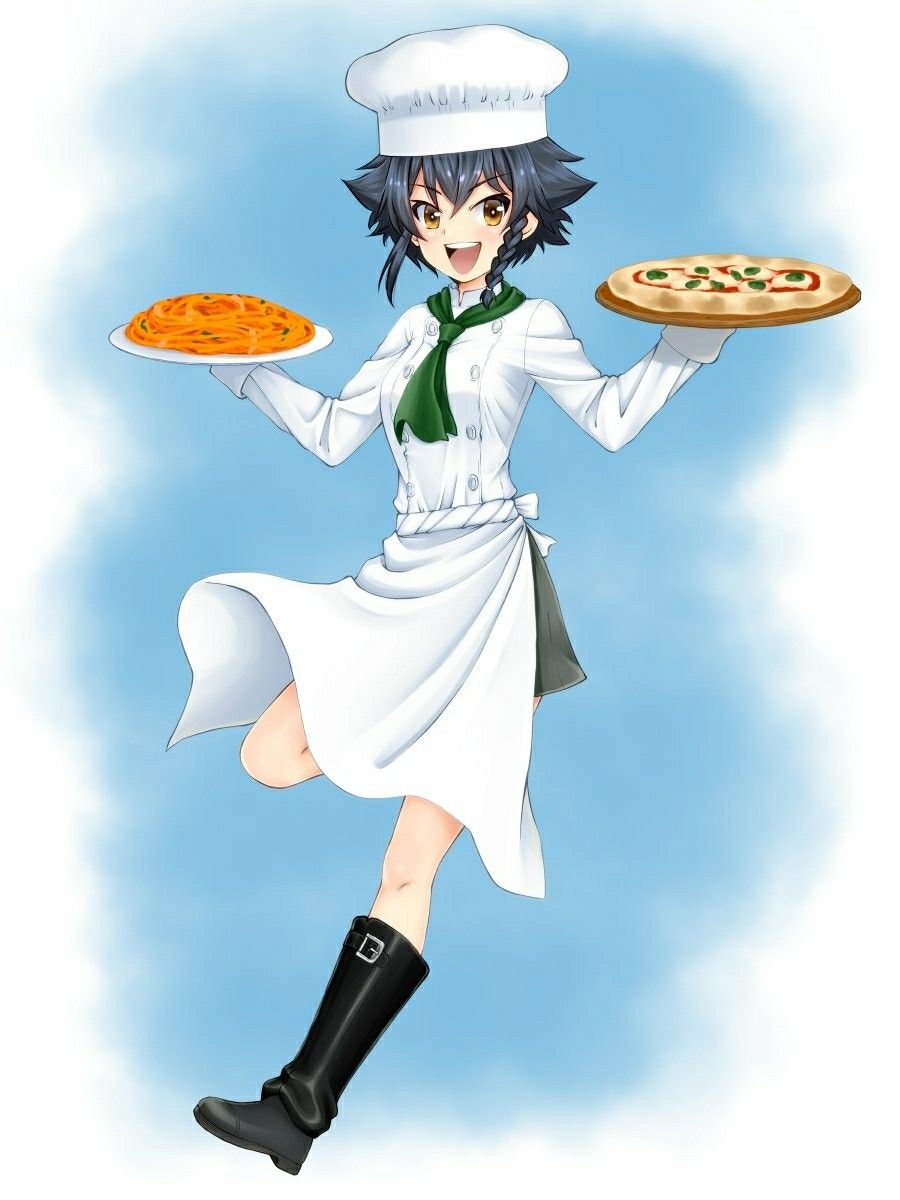 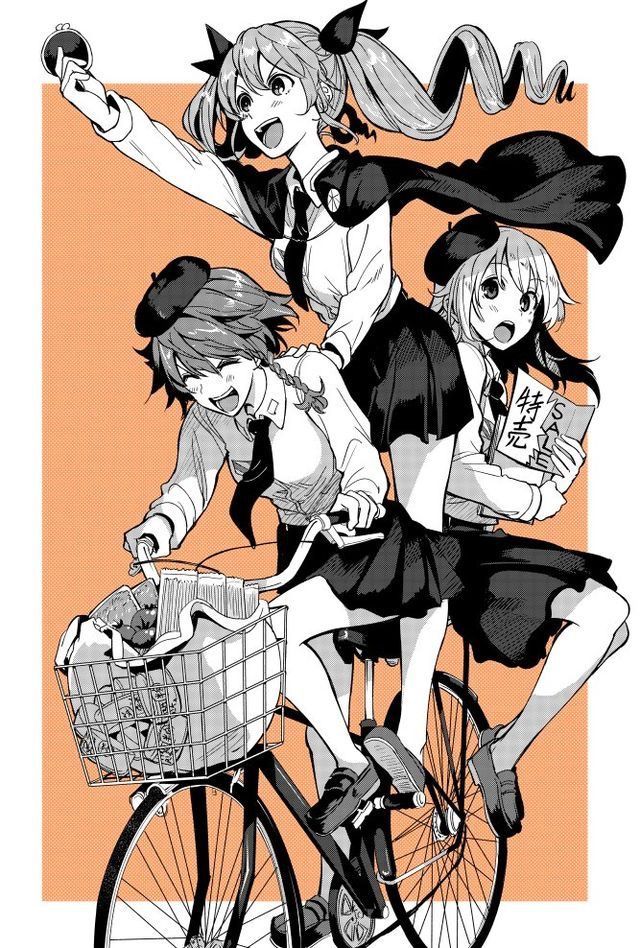 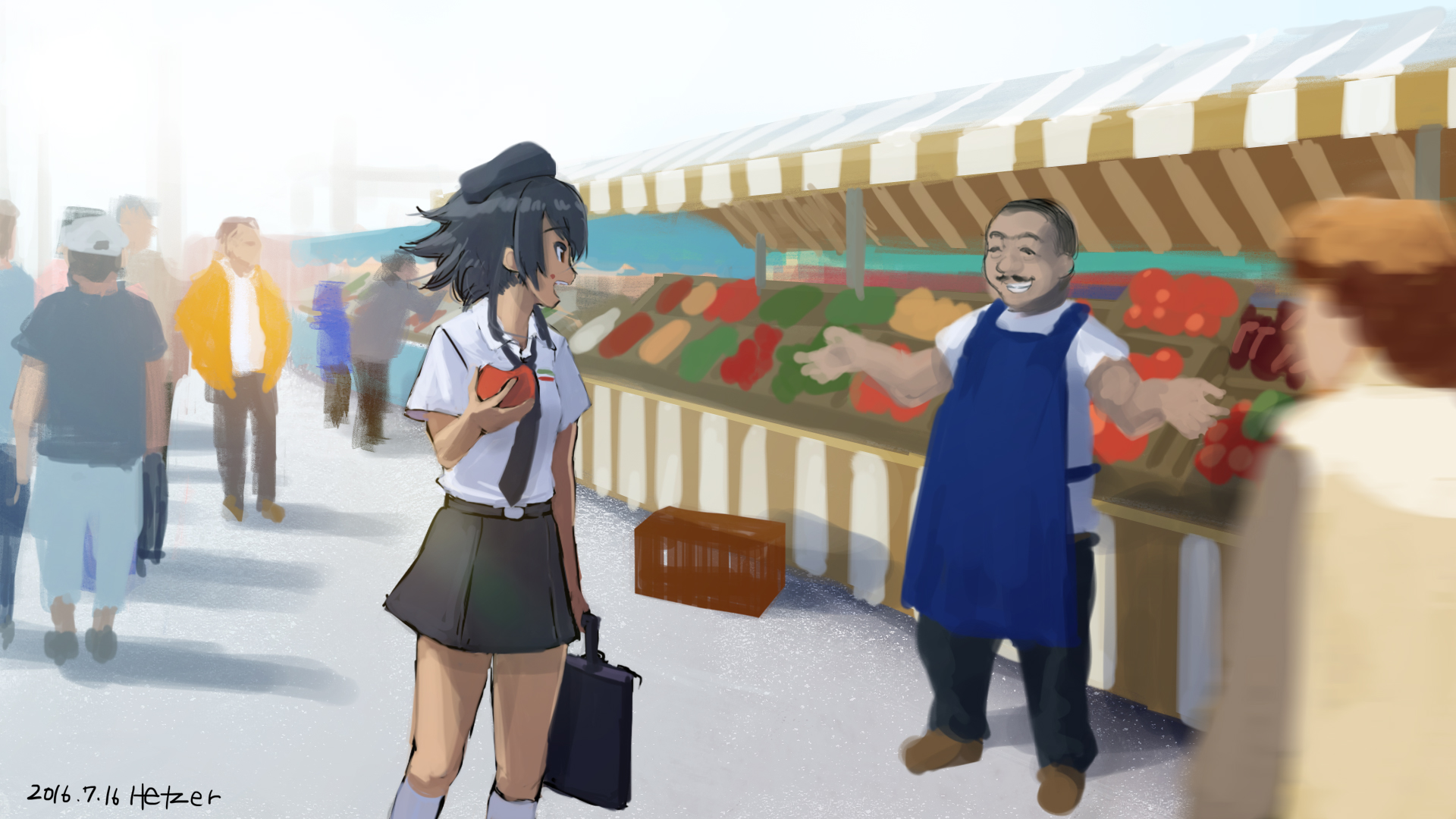 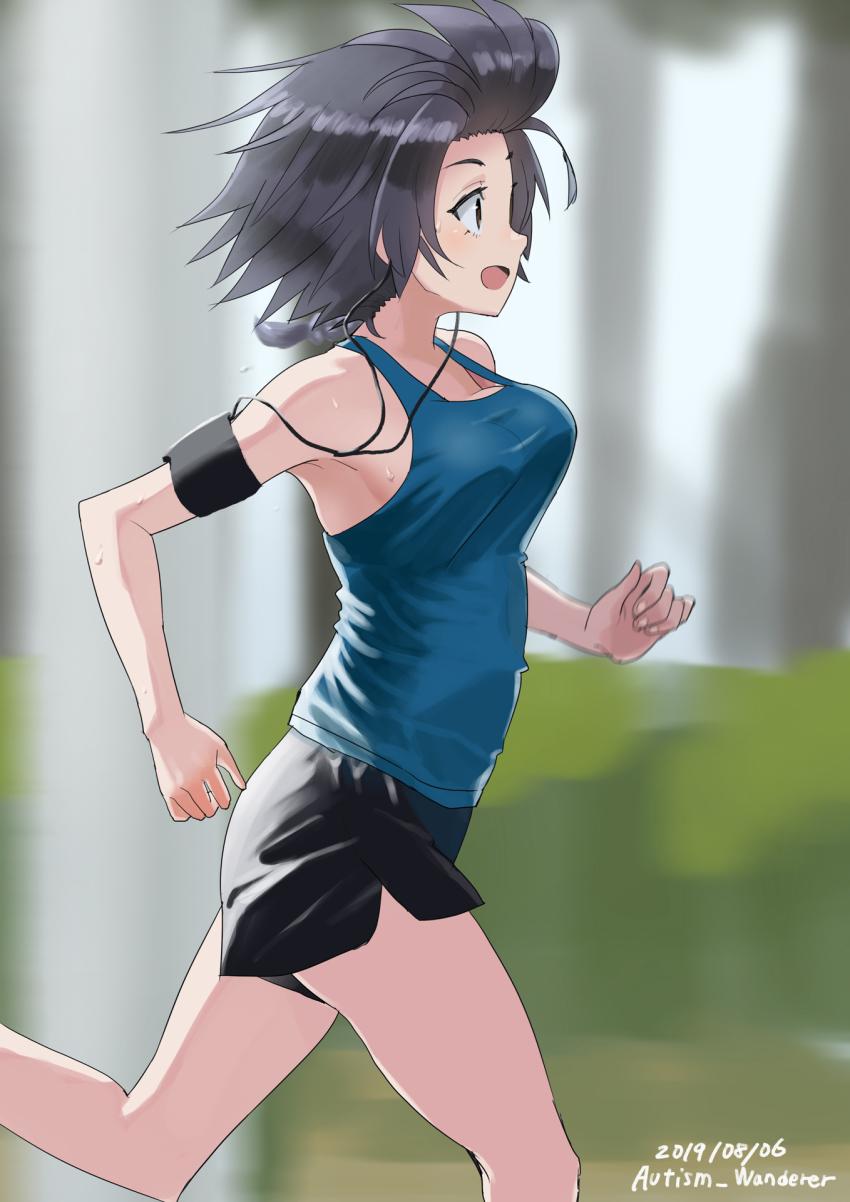 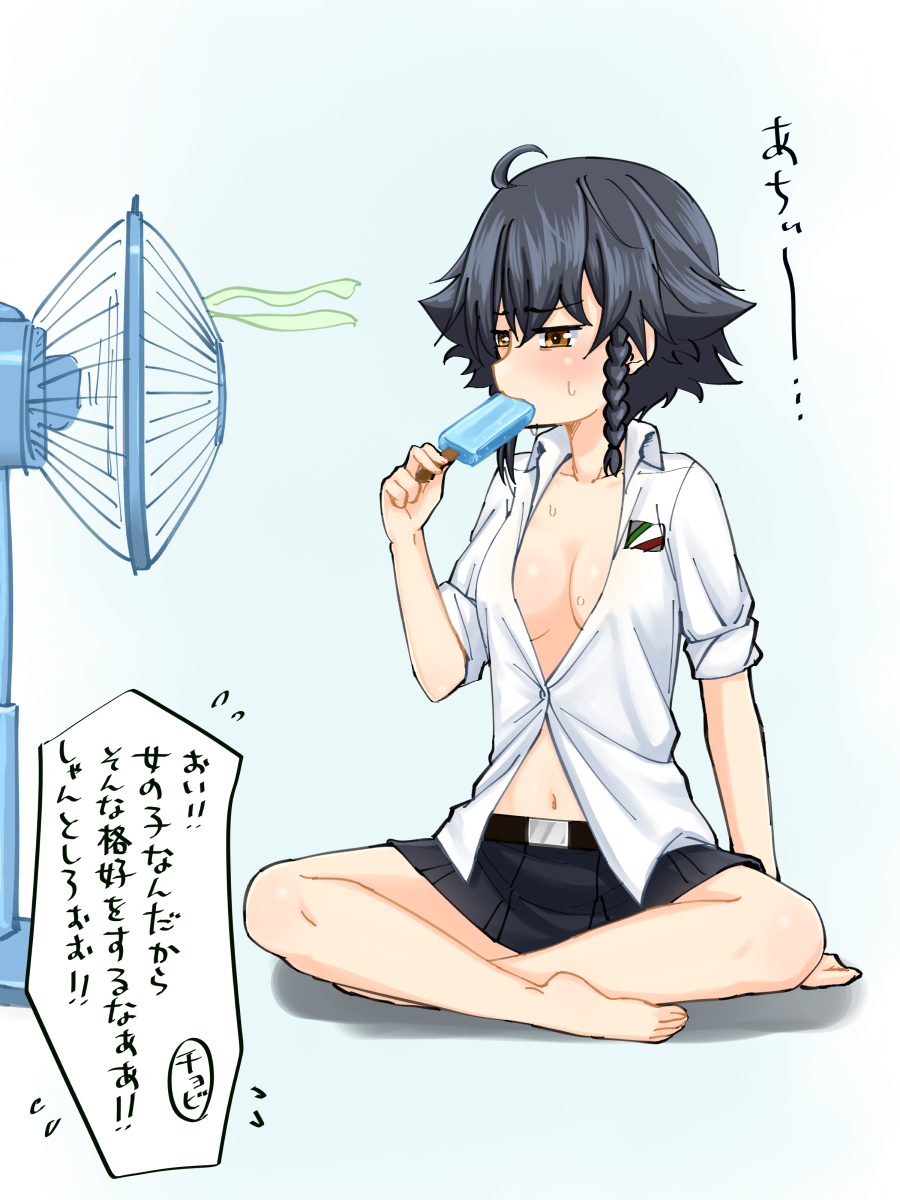 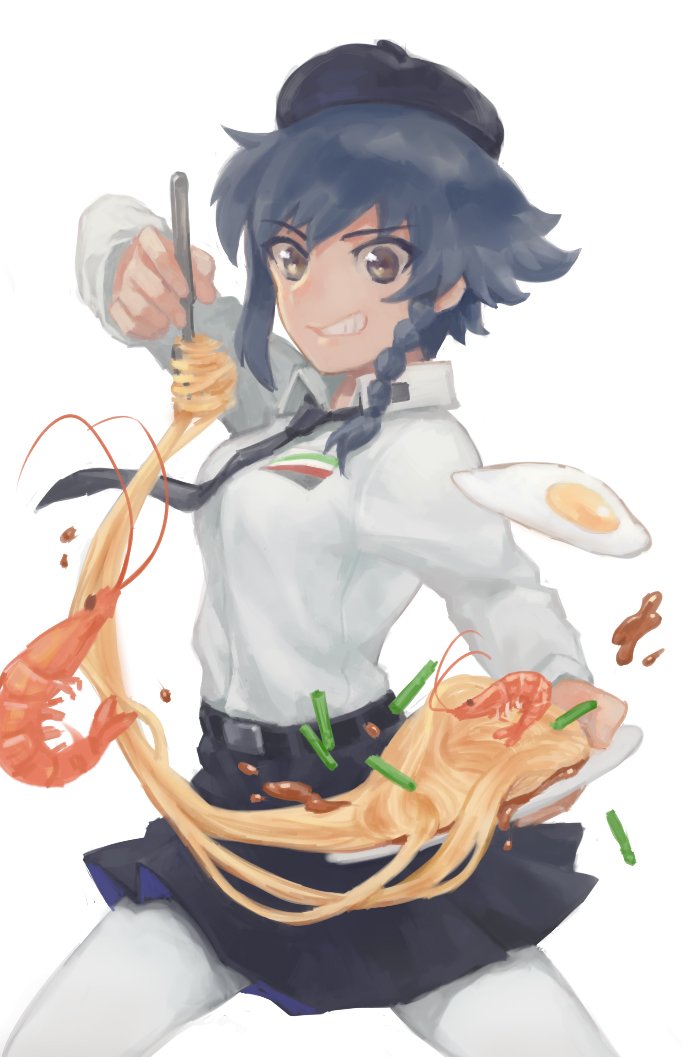 ______________________________________
Background
______________________________________
Adele grew up a small but open-minded military brat, her father serving as a reserve for the Italian Armed Forces to support four children with his wife. Their life was poor and simple, but fulfilling and happy. In the earliest hours of the morning, when her mother ran out to the market, her dad sailed his boat out of the harbor before anyone else to fish whatever he could to open their trattoria in the evening, Bella Montessori. The six of them acted as a full-time staff of servers and cooks, flip-flopping roles at the drop of the hat. Keeping the business afloat was hard and they struggled to make ends meet day in and day out, but it was a life they quickly became used to. Making others smile became its own reward. The roar of the kitchen fire became the warmth they shared in winter and a staple of their little town. With three older sisters to help out, Adele was the only one without a clearly defined role and quickly grew restless in the cramped space of their home.

So she started punching things.

First, it was just the pillows on her bed and the ones laying around the couch, then it was the leaves that slowly fell by her in the autumn months, and then it was one or two baseball-sized holes in the wall.

An odd habit to be sure, but one her dad found more amusing than anything else. While they weren’t rich enough to afford professional lessons, her father was more than willing to put her in boxing gloves and use his hand-to-hand expertise as an outlet. Her natural athleticism was only matched by her seemingly endless stamina, and she took to their occasional lessons extremely well. In the relatively small coastal town she grew up in, the sight of a father and her daughter bonding over a pair of knuckle sandwiches was certainly an odd one. In that way, Adele made almost as many bullies as she did friends. That made things even more awkward at home when she sent them back crying.

Her father had given her the tools but not an outlet to use them. Though her family recognized the problem right away, it took a few months to save up the money needed to send her to a proper boxing gym in Rome. She started practicing there after her thirteenth birthday, adapting the military expertise she’d grown up with into the safe boundaries of a competitive sport. Sparring with pros and other amateurs taught her respect for the rules, the importance of mutual respect and satisfaction in an honest fight. The atmosphere grew on her and started to define her life. She exercised more regularly, helped out more around the house and her neighborhood, and even volunteered with her own cooking lessons around town to teach others how to eat and live healthier.

As she grew older, boxing began to see some financial returns for her as well. When her father redeployed and her mother was having trouble making ends meet, Adele didn’t have much issue finding junior tournaments out in Venice and Milan, scoring high marks and leaving with enough prize money to keep the shop lights open for a few more months. The more she boxed, the better she seemed to get, developing from the more she experienced. Nevertheless, she never even dreamed of turning professional and only thought in the long-distance of taking over the trattoria when she came of age.

That all changed when her father was severely injured in an explosion overseas, losing most of the muscle in his left leg. He was stuck with a crutch alongside his honorable discharge for the rest of his life. If being stuck out of the kitchen wasn’t bad enough, the dying tourist trade in their region was bringing less and less passing customers to their doorstep. The potential lost revenue was putting them in a precarious position and soon the restaurant may not have been enough.

Adele had an idea, though, to take the family name abroad. Her initial search for bigger competition and bigger pay had steadily grown in scope and pointed her to an opportunity in Japan. A new league eager for fresh competitors. While she knew little of the federation it belonged to, it was clear Momentum would get plenty of publicity, publicity she could use to advertise the trattoria alongside the massive payouts. It took some convincing and reassurances that she knew the risks involved. While her mom was still pretty reluctant to see her daughter off, her dad was nothing but supportive of her chance to make something of herself halfway across the world.

She spent the next few weeks preparing for the journey; getting in some advanced training and honing her technique under her dad’s tutelage. He taught her some self-defense, how to maintain awareness of her surroundings, what to do if she got lost. Some last-minute parental fussing before she finally left the nest. Only a month after their talk, she’d packed her gear and flown for the east.

Fun Facts:
- As you’d expect from the girl with a family-run restaurant, Adele loves to cook and is a master in the making of Mediterranean cuisine. Alongside the other booths in the Momentum cafeteria, Adele runs her own stand of Bella Montessori by herself on the weekends, proudly carrying on her family name in Japan. Stop by and taste the best of Italy! 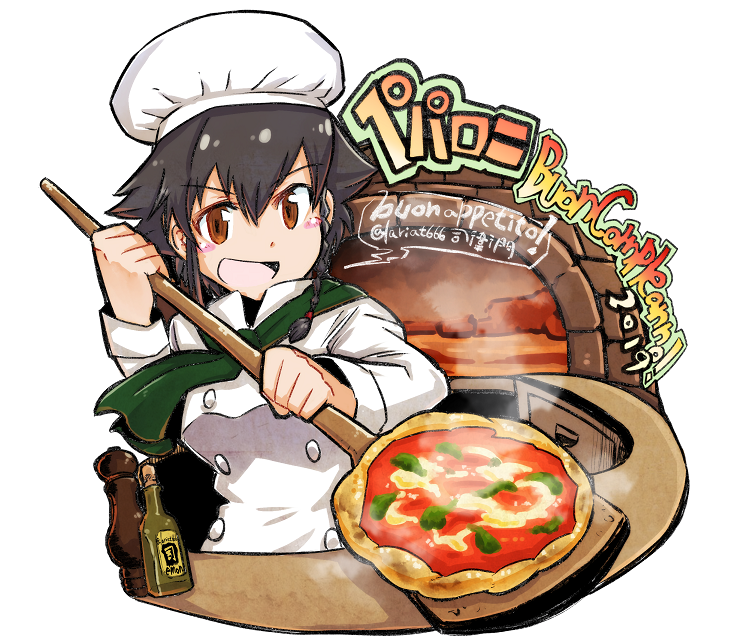 - Has a distinct love for the deep sea and everything in it. Whenever she goes swimming, she tries for the lowest depth she can and is taking up scuba diving. She also has the best crabwalk you’ve ever seen.
- Her boxing gear was a surprise gift from her family before she left for Japan Her sisters designed it and her mom stitched it together. It was meant to be her outfit for when she finally made it national as an Italian boxer.
- She deeply admires her father's work in the military and fantasizes often about being an unstoppable, daring commander. Playing war is one of her favorite pastimes and nowadays she's taken up airsoft.